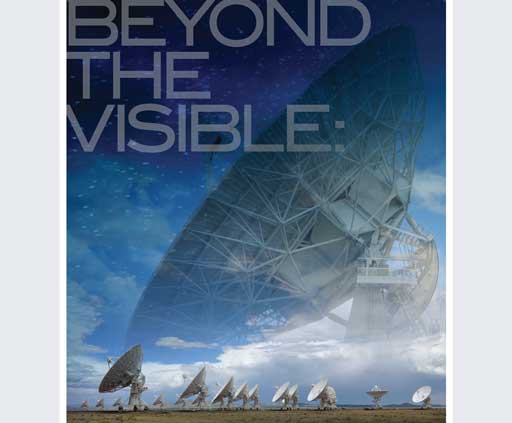 The National Radio Astronomy Observatory (NRAO) has released a new 24-minute film about the recently renovated Karl G. Jansky Very Large Array (VLA) radio telescope. The film is narrated by Academy Award-winning actress Jodie Foster, star of the 1997 Warner Brothers film, “Contact,” which was filmed in part at the VLA.

The film replaces an earlier video that ran at the VLA Visitor Center auditorium, which is visited by some 20,000 people annually. It plays daily at the Visitor Center, and NRAO has made the video available for viewing online.

“In ‘Contact,’ I played the role of an astronomer using the VLA. In narrating this new film for the VLA Visitor Center, I have the privilege of introducing tomorrow’s scientists, technicians, and engineers to the amazing complexities of this great telescope, and to the wonders of the Universe that it reveals,” Foster said.

Titled “Beyond the Visible,” the film tells the behind-the-scenes story of the operation and scientific achievements of the VLA, which has been at the forefront of astrophysical research since its dedication in 1980. Spectacular ground and aerial footage of the iconic radio telescope is augmented by first-person interviews with staffers who keep the telescope working and scientists who use it to discover exciting new facts about the Universe. The film also depicts many of the technical tasks needed to keep the array functioning at the forefront of science.

“Since the last film for the Visitor Center was produced in 2002, we’ve completed a massive technological upgrade that turned the VLA into a completely new and vastly more powerful tool for cutting-edge science,” said Dale Frail, NRAO’s Director for New Mexico Operations. “It was time to update the story we tell our visitors,” he added.

The new film was shot on location under the supervision of Director Nils Cowan of Hemlock Productions, and edited by Joanne Ardinger. NRAO’s Assistant Director for Education and Public Outreach, John Stoke, served as Executive Producer.