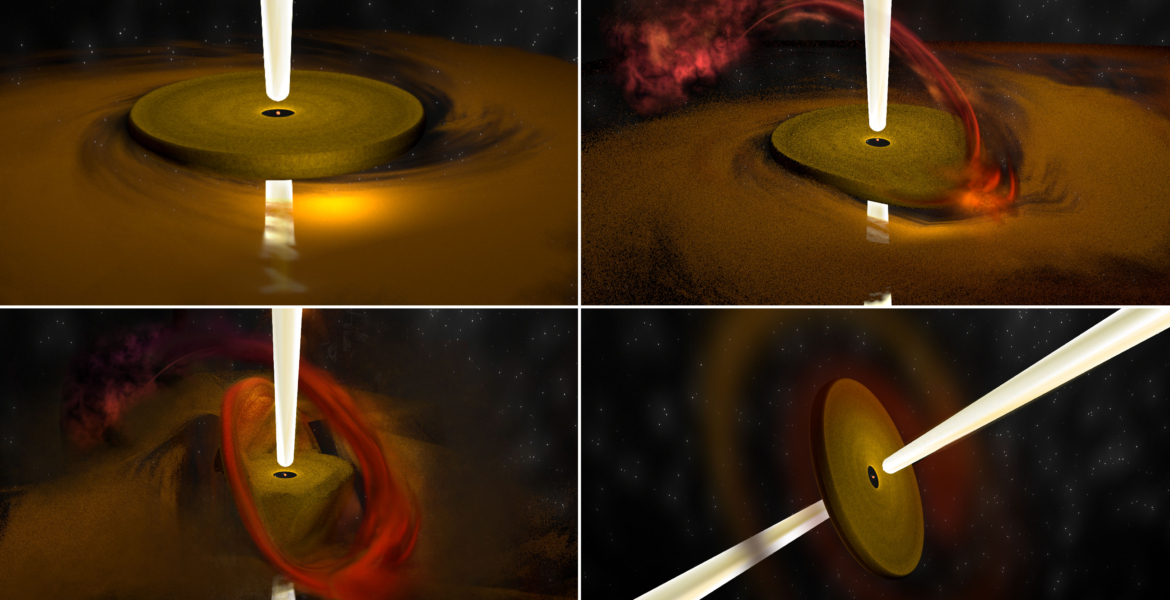 A team of astronomers using the Atacama Large Millimeter/submillimeter Array (ALMA) has taken a big step toward answering a longstanding question — do stars much more massive than the Sun form in the same way as their smaller siblings?

Young, still-forming stars similar in mass to the Sun are observed gaining material from their surrounding clouds of gas and dust in a relatively orderly manner. The incoming material forms a disk orbiting the young star and that disk feeds the star at a pace it can digest. Condensations of material within the disk form planets that will remain after the star’s growth process is complete.

The disks are commonly seen around young low-mass stars, but have not been found around much more massive stars in their forming stages. Astronomers questioned whether the process for the larger stars is simply a scaled-up version of that for the smaller ones.

“Our ALMA observations now provide compelling evidence that the answer is no,” said Ciriaco Goddi, of Radboud University Nijmegen in the Netherlands.

Goddi led a team that used ALMA to study three high-mass, very young stars in a star-forming region called W51, about 17,000 light-years from Earth. They used ALMA when its antennas were spread apart to their farthest extent, providing resolving power capable of making images 10 times sharper than previous studies of such objects.

They were looking for evidence of the large, stable disks seen orbiting smaller young stars. Such disks propel fast-moving jets of material outward perpendicular to the plane of the disk.

“With ALMA’s great resolving power, we expected to finally see a disk. Instead, we found that the feeding zone of these objects looks like a chaotic mess,” said Adam Ginsburg of the University of Florida.

The observations showed streamers of gas falling toward the young stars from many different directions. Jets indicated that there must be small disks that are yet unseen. In one case, it appears that some event actually flipped a disk about 100 years ago.

The researchers concluded that these massive young stars form, at least in their very early stages, by drawing in material from multiple directions and at unsteady rates, in sharp contrast to the stable inflows seen in smaller stars. The multiple channels of incoming material, the astronomers said, probably prevent the formation of the large, steady disks seen around smaller stars.

“Such a ‘disordered infall’ model was first proposed based on computer simulations, and we now have the first observational evidence supporting that model,” Goddi said.

Goddi, Ginsburg and their colleagues from the U.S., Mexico, and Europe reported their findings in the Astrophysical Journal. 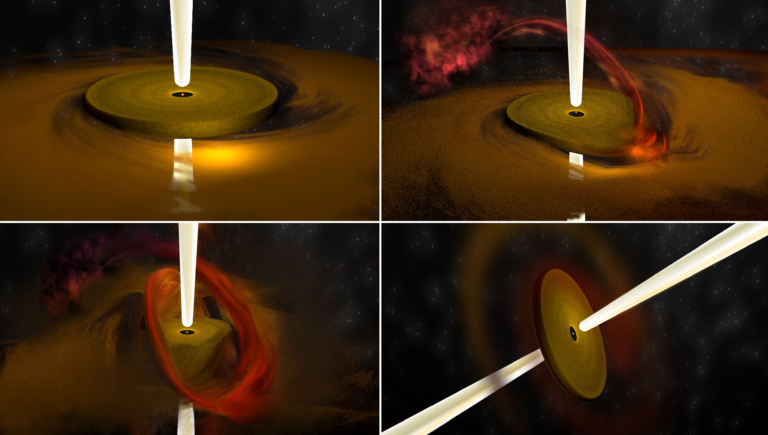 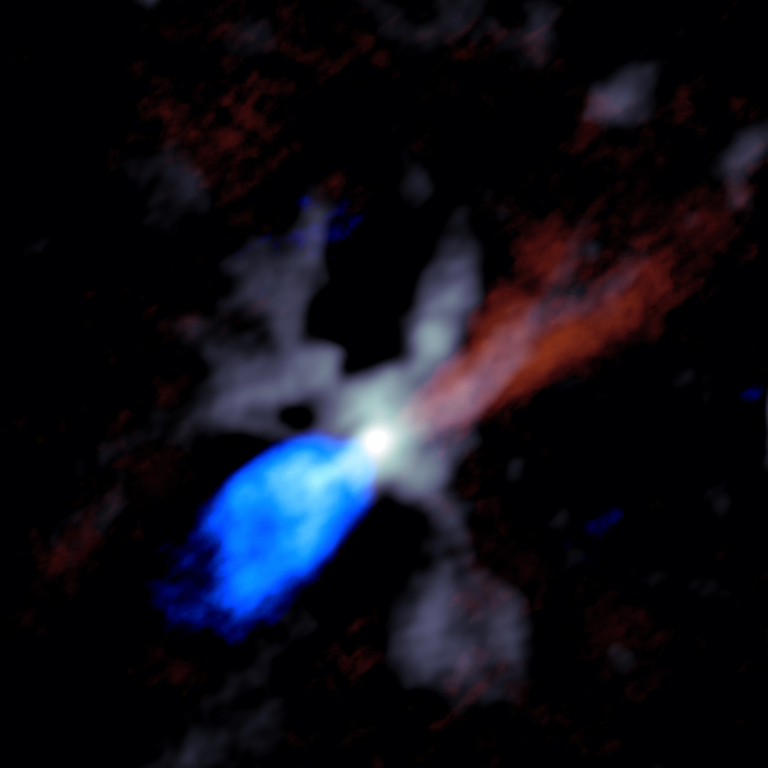 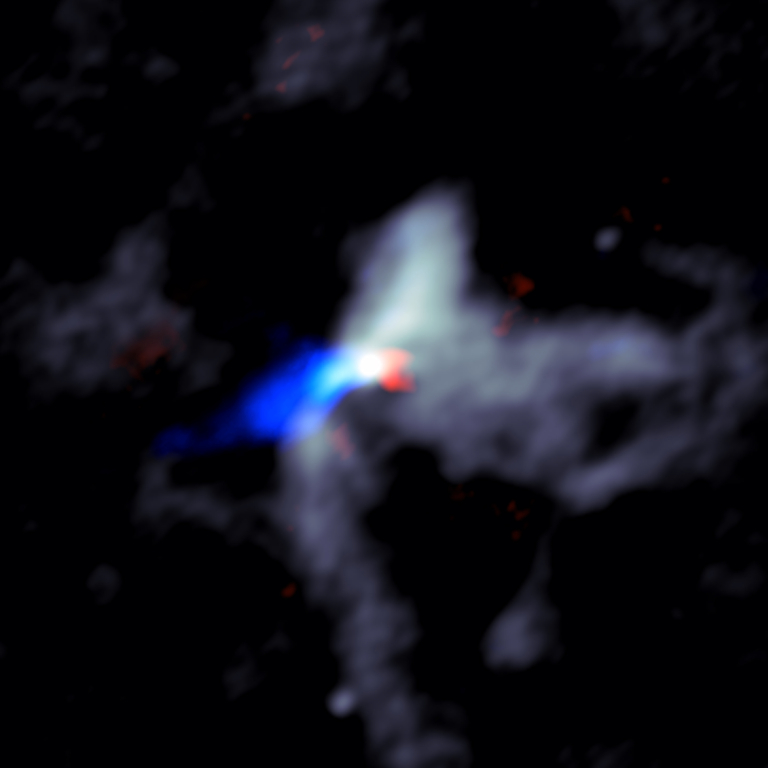 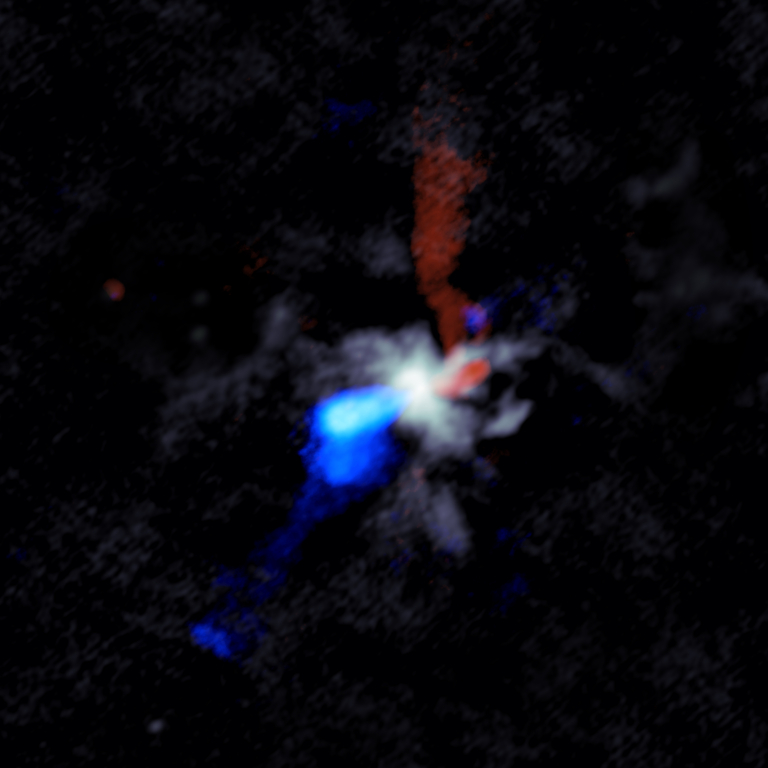 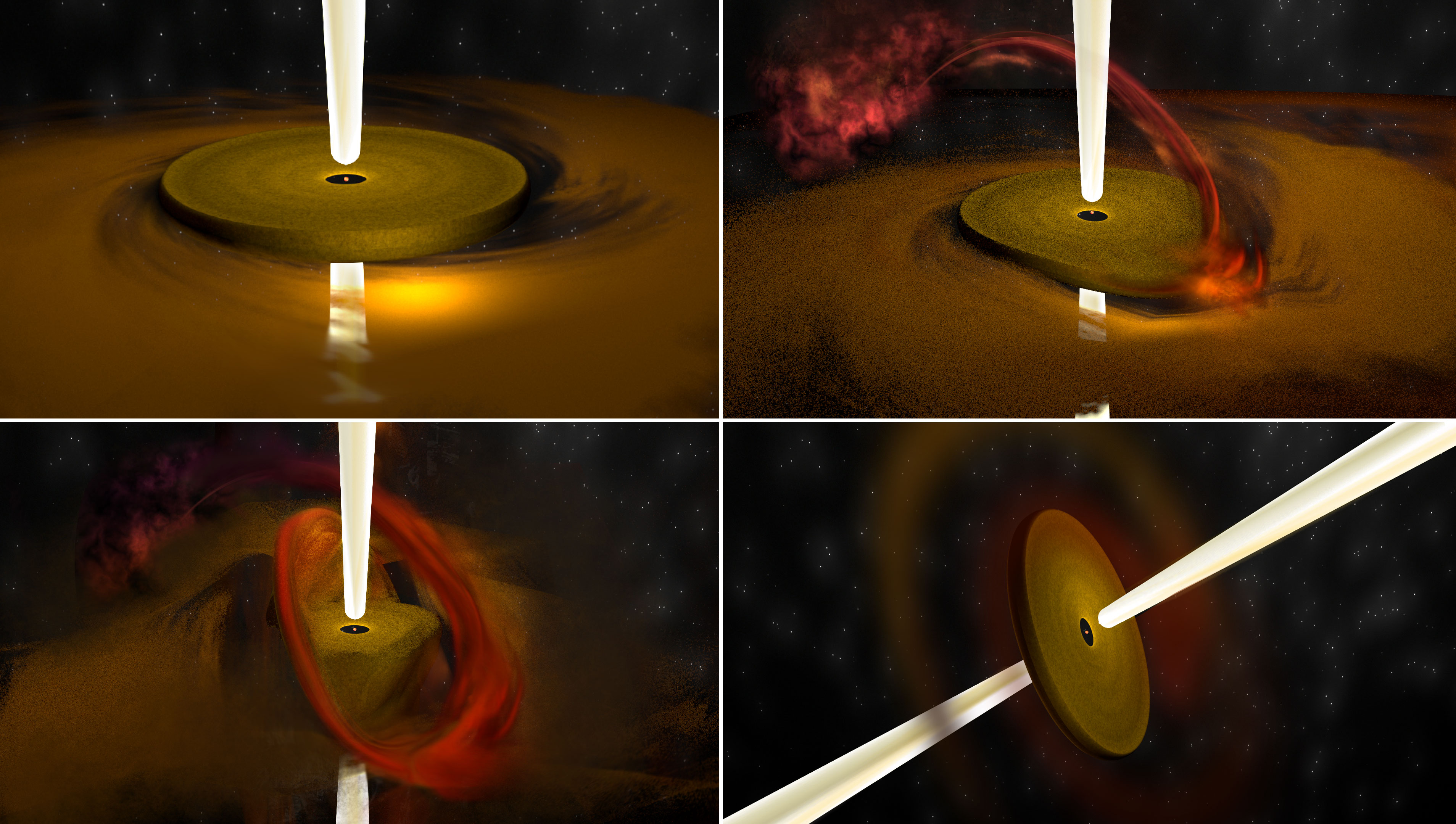 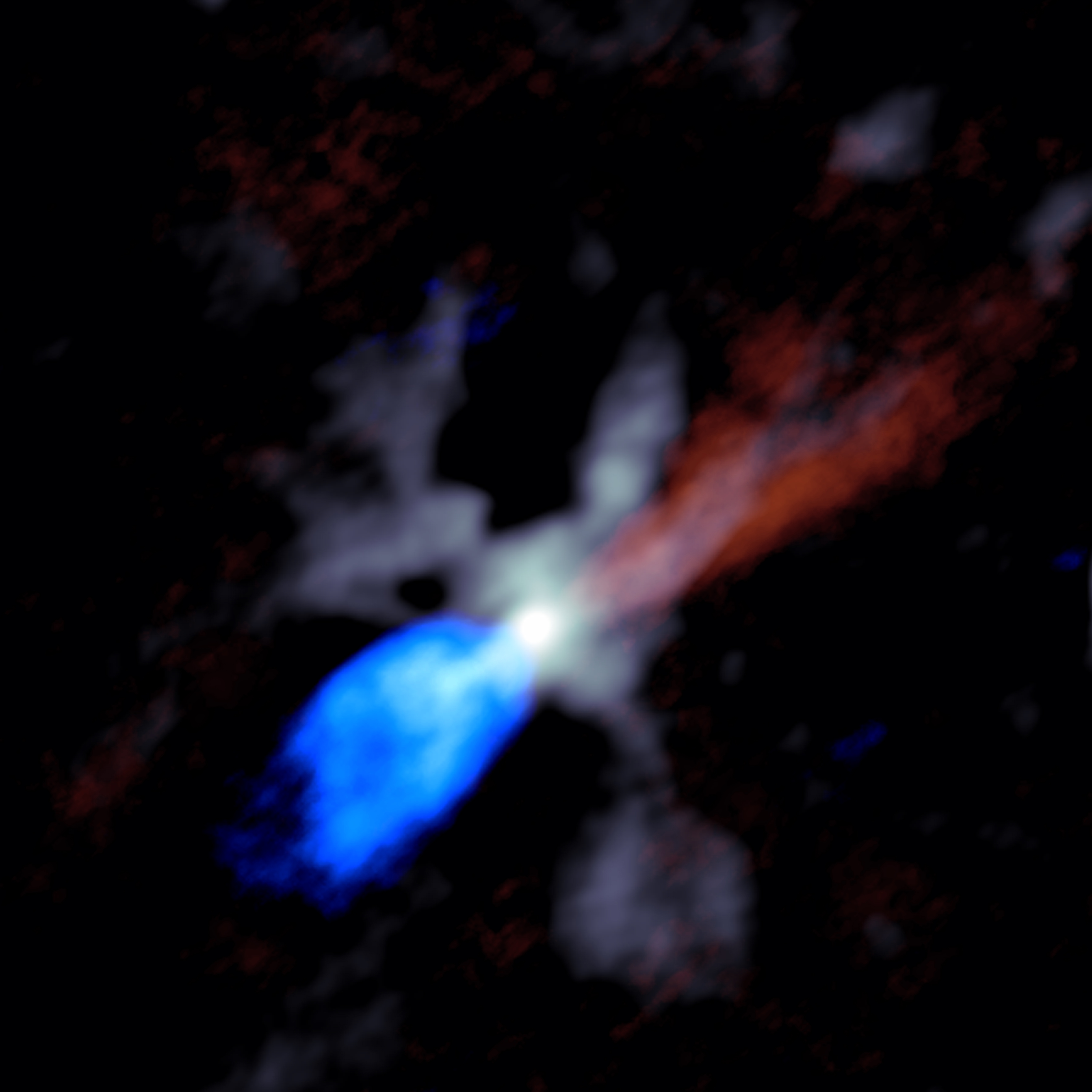 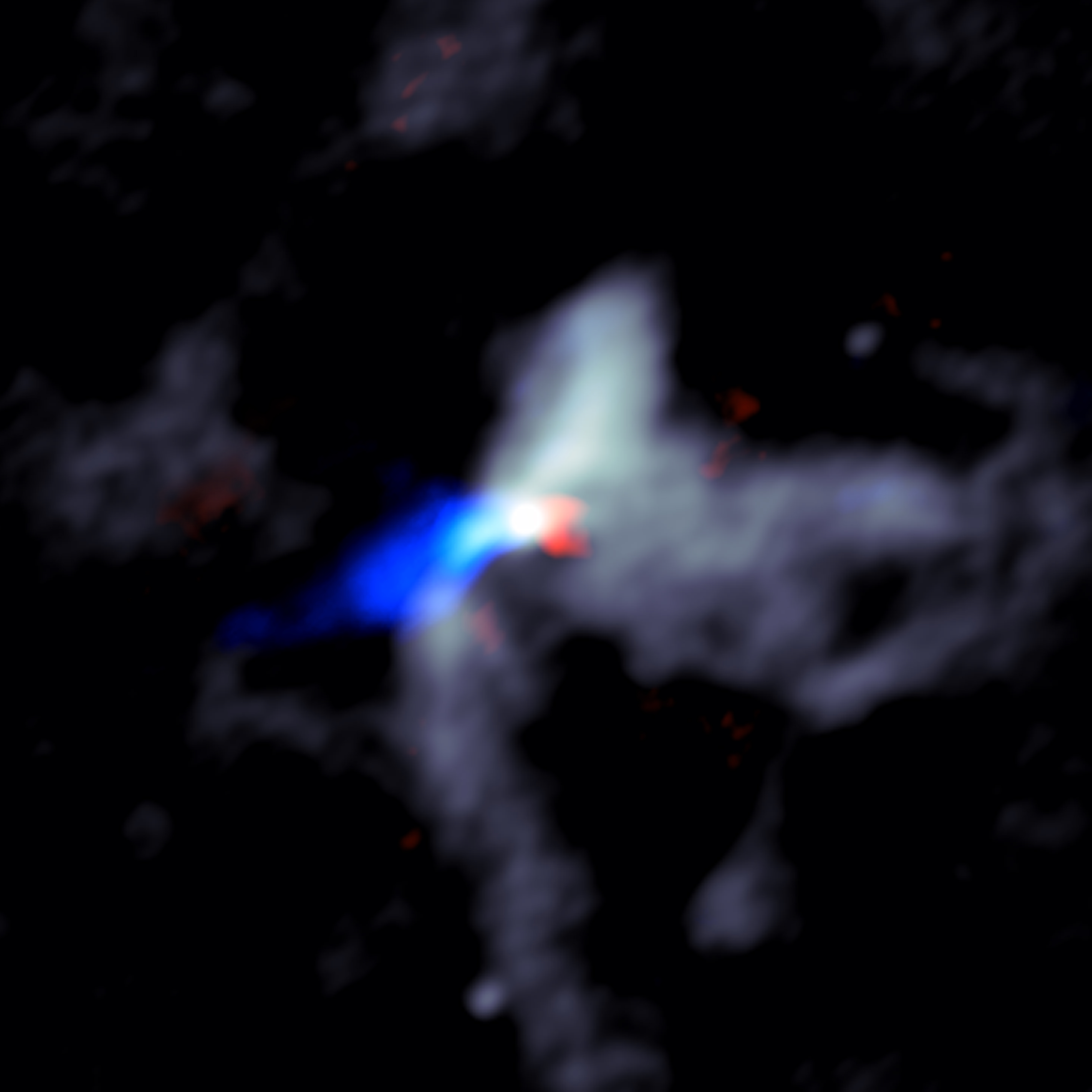 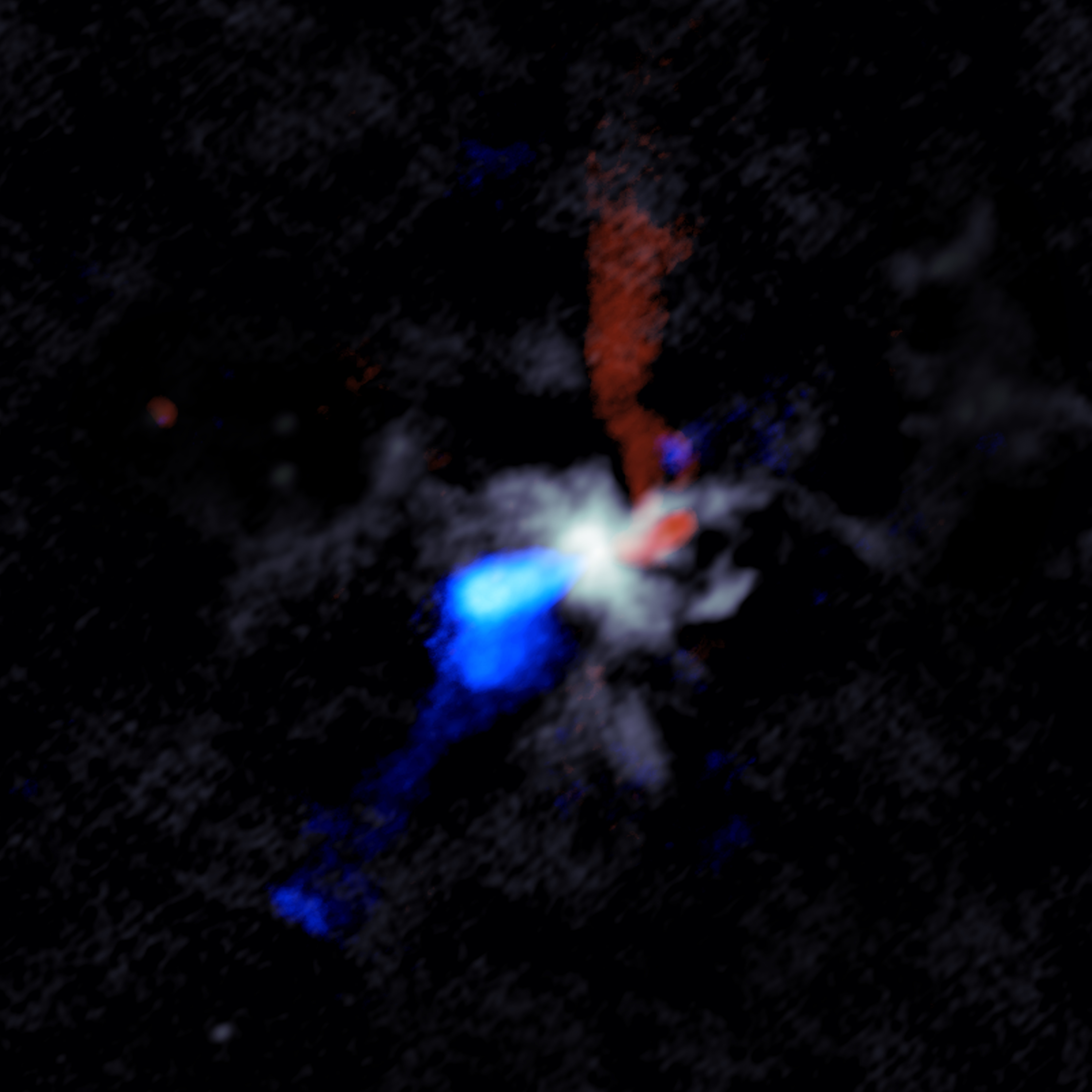