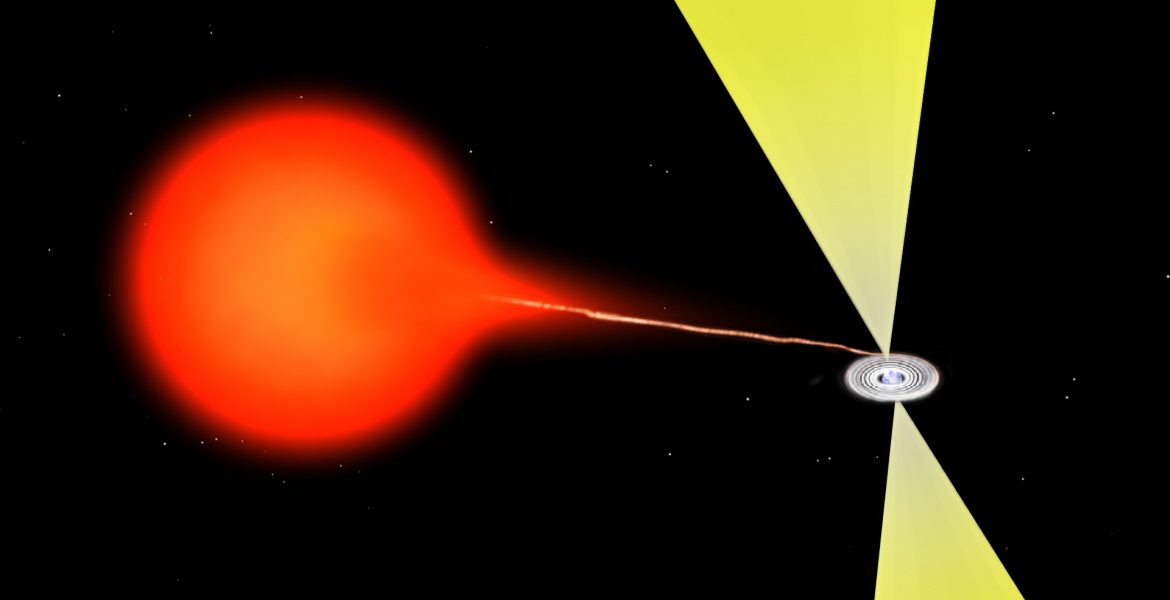 Neutron Stars Strike Back at Black Holes in Jet Contest


Some neutron stars may rival black holes in their ability to accelerate powerful jets of material to nearly the speed of light, astronomers using the Karl G. Jansky Very Large Array (VLA) have discovered.

“It’s surprising, and it tells us that something we hadn’t previously suspected must be going on in some systems that include a neutron star and a more-normal companion star,” said Adam Deller, of ASTRON, the Netherlands Institute for Radio Astronomy.

Black holes and neutron stars are respectively the densest and second most dense forms of matter known in the Universe. In binary systems where these extreme objects orbit with a more normal companion star, gas can flow from the companion to the compact object, producing spectacular displays when some of the material is blasted out in powerful jets at close to the speed of light

Previously, black holes were the undisputed kings of forming powerful jets. Even when only nibbling on a small amount of material, the radio emission that traces the jet outflow from the black hole was relatively bright. In comparison, neutron stars seemed to make relatively puny jets — the radio emission from their jets was only bright enough to see when they were gobbling material from their companion at a very high rate. A neutron star sedately consuming material was therefore predicted to form only very weak jets, which would be too faint to observe.

Recently, however, combined radio and X-ray observations of the neutron star PSR J1023+0038 completely contradicted this picture. PSR J1023+0038, which was discovered by ASTRON astronomer Anne Archibald in 2009, is the prototypical “transitional millisecond pulsar”– a neutron star which spends years at a time in a non-accreting state, only to “transition” occasionally into active accretion. When observed in 2013 and 2014, it was accreting only a trickle of material, and should have been producing only a feeble jet.

“Unexpectedly, our radio observations with the Very Large Array showed relatively strong emission, indicating a jet that is nearly as strong as we would expect from a black hole system,” Deller said.

Two other such “transitional” systems are now known, and both of these now have been shown to exhibit powerful jets that rival those of their black-hole counterparts. What makes these transitional systems special compared to their other neutron star brethren?  For that, Deller and colleagues are planning additional observations of known and suspected transitional systems to refine theoretical models of the accretion process.

Deller led a team of astronomers who reported their findings in the Astrophysical Journal. 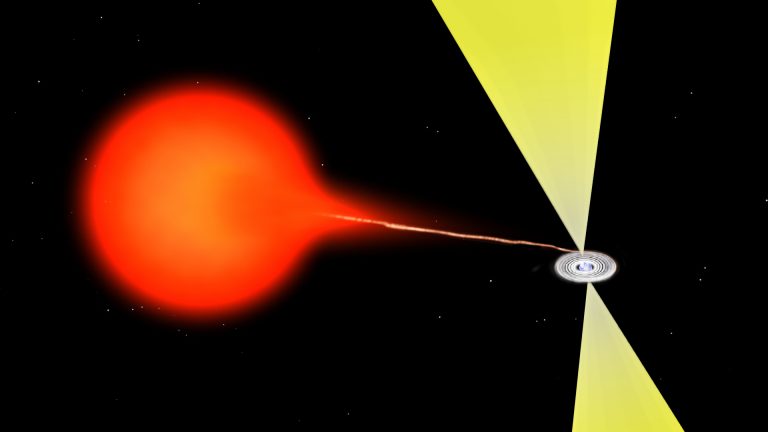 Artist's impression of material flowing from a companion star onto a neutron star. The material...Read More
Credit: Bill Saxton, NRAO/AUI/NSF. 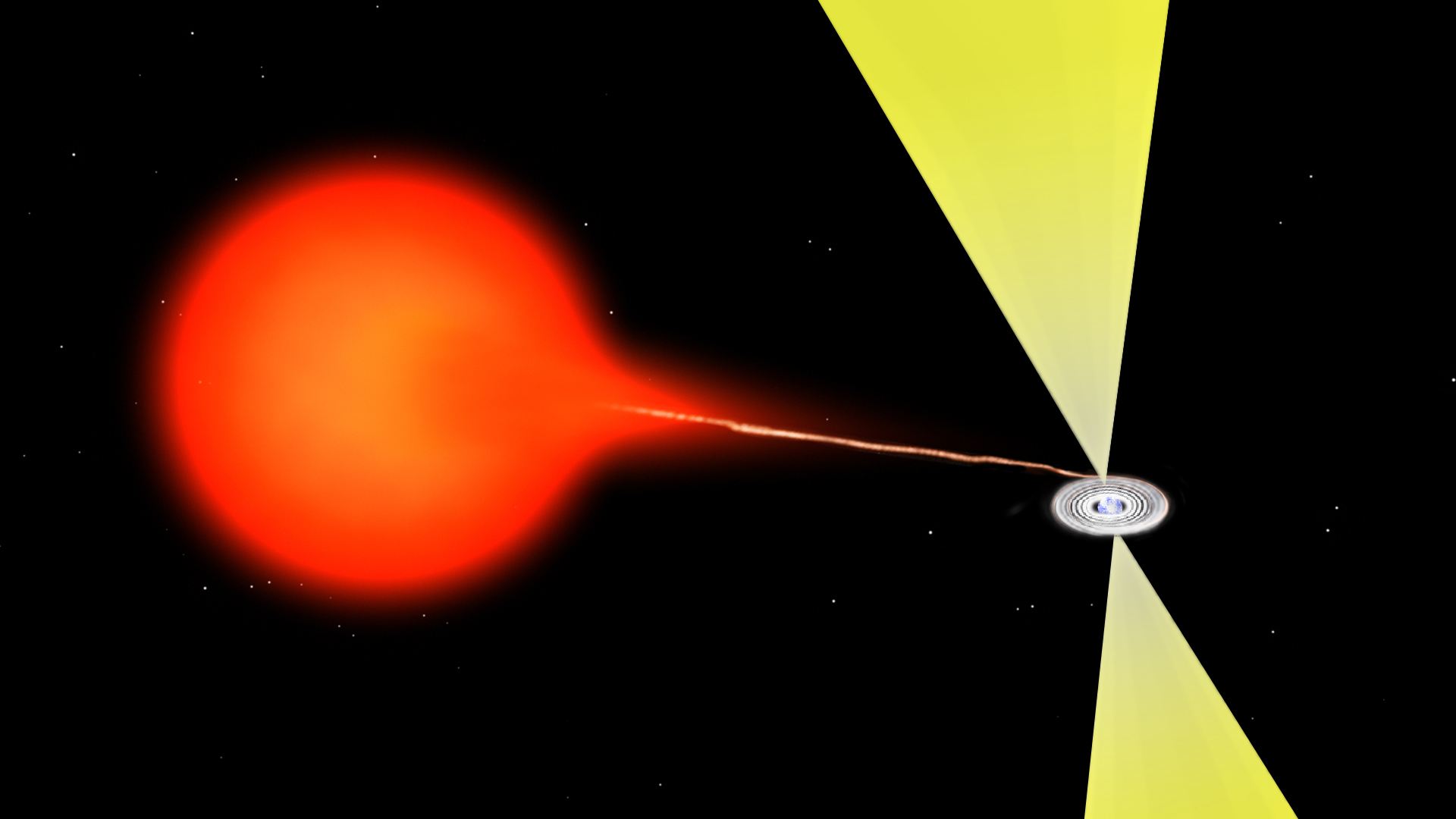