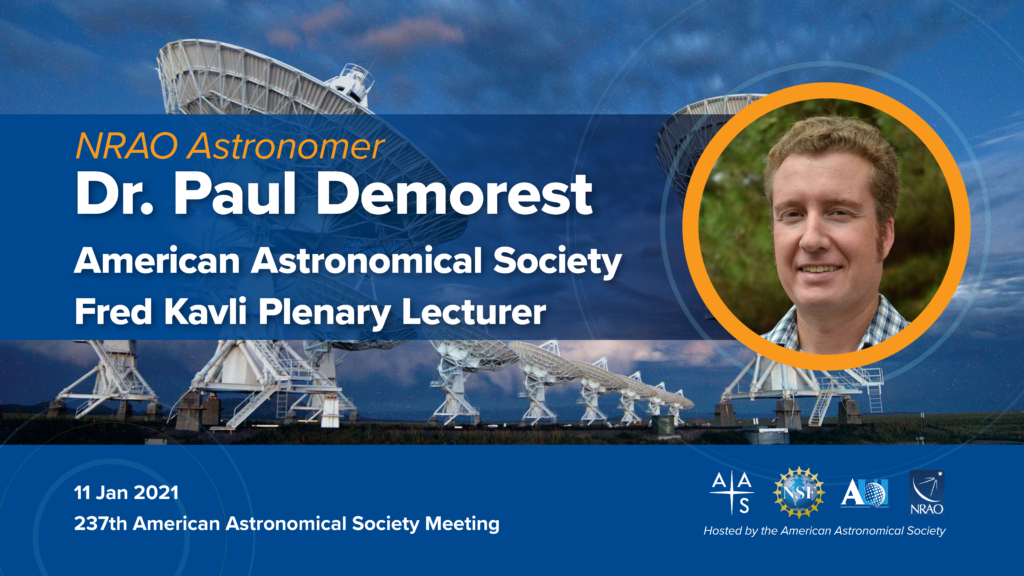 With support from the Kavli Foundation, the Vice-Presidents of the American Astronomical Society (AAS) invite a distinguished scientist to kick off each semiannual AAS meeting with a presentation on recent research of great importance. At the 237th AAS meeting, to be held virtually in January 2021, the Fred Kavli Plenary Lecture will be given by Paul B. Demorest, Scientist and Group Lead for VLA/VLBA Science Support at the National Radio Astronomy Observatory in Socorro, New Mexico.

Demorest is a leader in NANOGrav, the North American Nanohertz Observatory for Gravitational Waves. This American-Canadian project aims to detect very-low-frequency gravitational radiation from a variety of cosmic sources, including binary supermassive black holes orbiting each other in the centers of galaxies. The Laser Interferometer Gravitational-wave Observatory (LIGO) in the United States and its counterpart Virgo in Italy are sensitive to high-frequency waves from merging stellar-mass black holes and neutron stars. They can’t sense the lazy ripples in space-time caused by the slow dance of more massive and more widely separated black holes.

The NANOGrav project relies on data from some of the world’s most advanced existing radio telescopes. These measure the arrival times of radio waves from millisecond pulsars — rapidly spinning, highly magnetized neutron stars that beam radio signals into space. When one of these pulsars is oriented just right, we see pulses of radio emission hundreds of times each second as the star’s dizzying rotation repeatedly sweeps its beam across Earth. Millisecond pulsars keep time almost as accurately as atomic clocks. By monitoring dozens of them throughout our galaxy, NANOGrav — a so-called pulsar timing array — will detect the rhythmic slowing down and speeding up of pulses when passing low-frequency gravitational waves alternately stretch and compress the fabric of space-time. This essentially turns the entire Milky Way galaxy into a gravitational-wave detector.

In his Kavli lecture on Monday, 11 January 2021, Demorest will describe how NANOGrav came about, review the project’s observations and lessons learned during its first decade, detail the steps he and his colleagues are taking to expand the telescope network and enhance its sensitivity, discuss the specific types of objects and phenomena NANOGrav is designed to explore, and explain why the collaboration anticipates detecting their first gravitational-wave signal within the next decade.

“I was surprised and thrilled when the AAS invited me to give the Kavli lecture,” says Demorest. “Every astronomer knows that whenever we open a new window on the universe, we make discoveries beyond our imagination. I look forward to sharing the excitement all of us on the project are experiencing as we get close to making observations of gravitational waves from supermassive black holes a regular occurrence.”

Demorest earned his bachelor’s degree (2000), master’s degree (2002), and Ph.D (2007) in physics at the University of California, Berkeley. He then spent three years on a Jansky Fellowship at the National Radio Astronomy Observatory (NRAO) in Charlottesville, Virginia, after which he took a position there as Senior Research Associate. He became an NRAO staff scientist in 2011 and, in 2014, relocated to New Mexico, home to the Very Large Array (VLA) and Very Long Baseline Array (VLBA). He is a member of both the NANOGrav and International Pulsar Timing Array collaborations and has nearly 100 peer-reviewed publications to his credit.

“We’re proud that the AAS has selected Dr. Demorest for this prestigious award,” said NRAO Director Tony Beasley. “Paul is one of our leading experts in pulsar science and observational techniques, and his efforts on NANOGrav have brought that partnership to the important point they now have reached.”

The AAS is delighted to honor Dr. Paul B. Demorest with the January 2021 Fred Kavli Plenary Lectureship. 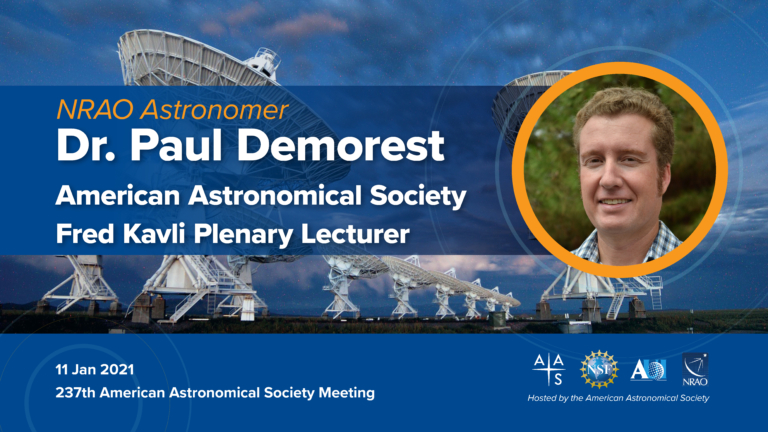 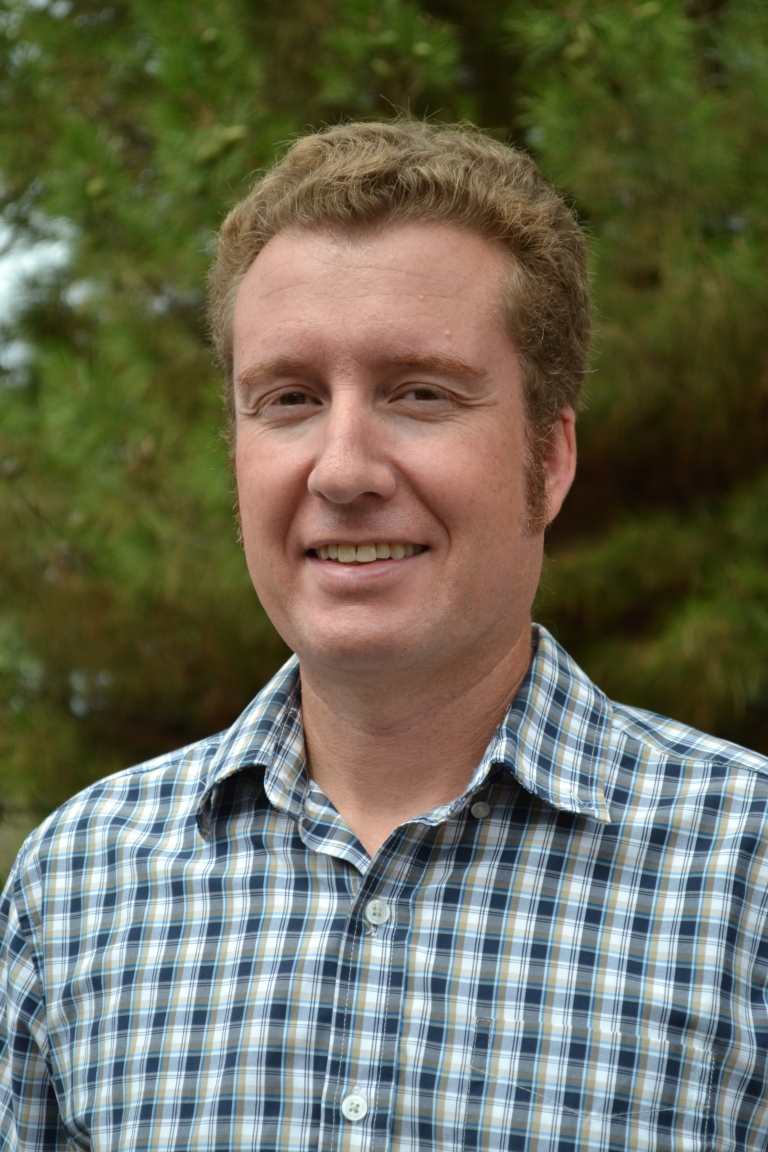 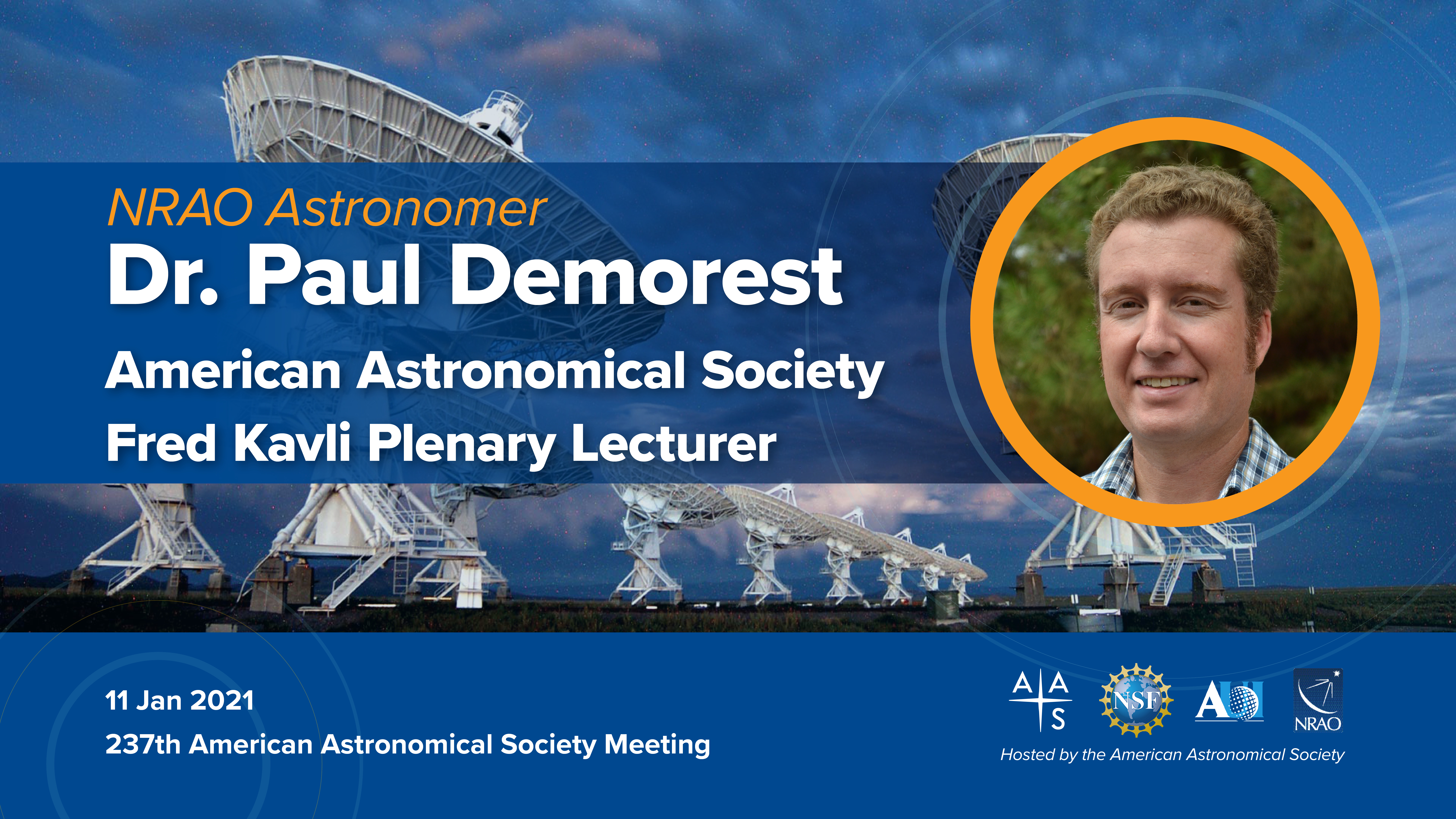 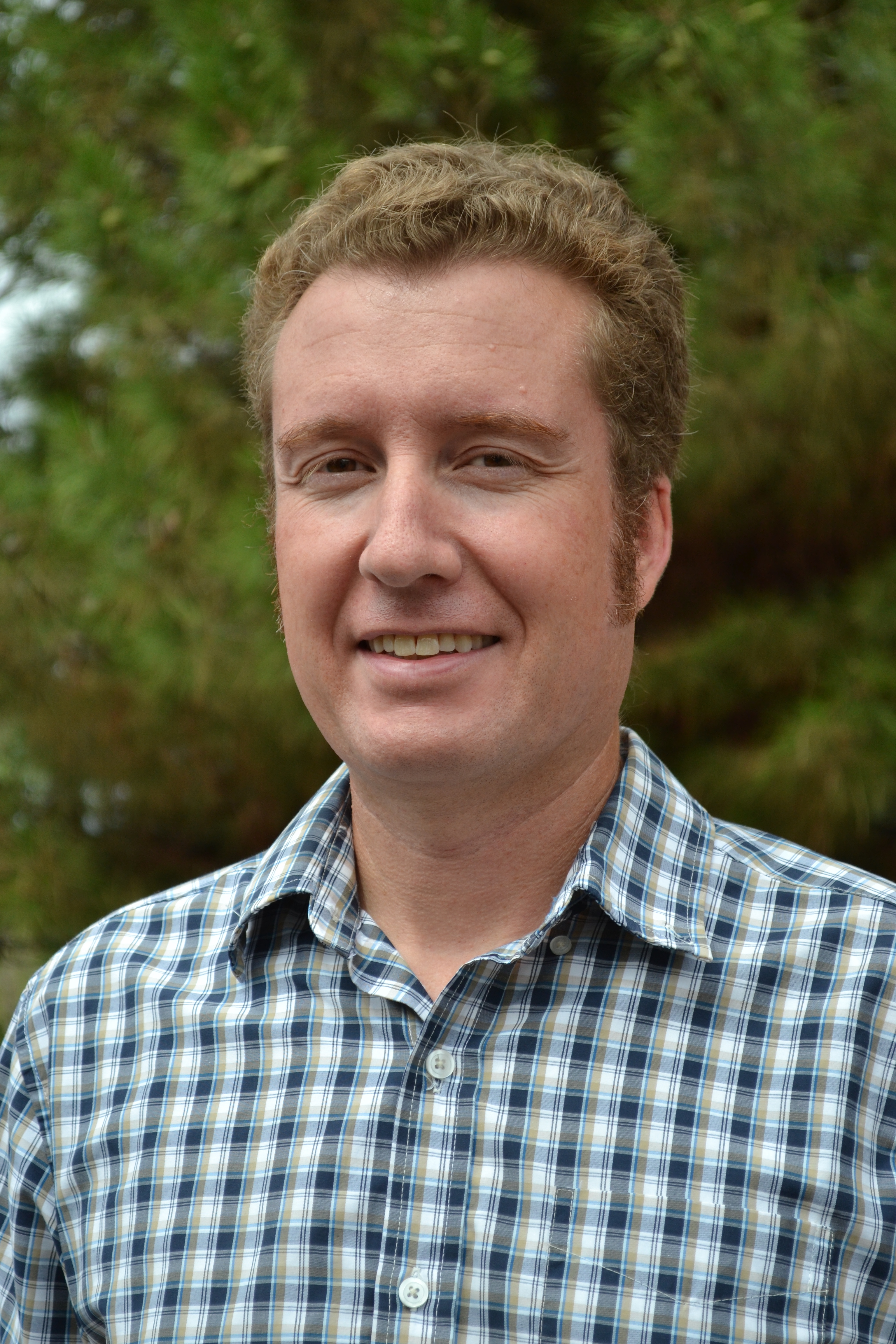