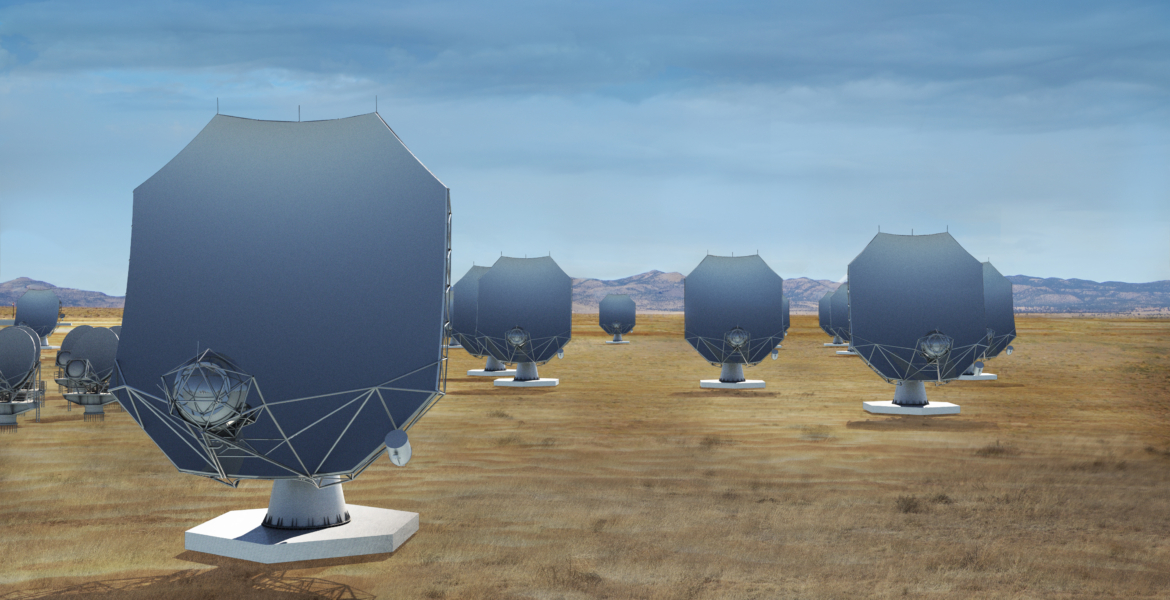 The National Science Foundation (NSF) has awarded the National Radio Astronomy Observatory (NRAO) $23 million for design and development work on the Next Generation Very Large Array (ngVLA), including producing a prototype antenna. The ngVLA, a powerful radio telescope with 263 dish antennas distributed across North America, is proposed as one of the next generation of cutting-edge astronomical observatories.

“The ngVLA will be a key tool for answering the important scientific questions facing astronomers in the coming decades. We welcome this vital support for the next step — building the first antenna — toward making this exciting research facility a reality,” said NRAO Director Tony Beasley.

The ngVLA project currently is under review by the Astronomy and Astrophysics Decadal Survey (Astro2020) of the U.S. National Academy of Sciences. That report is expected soon. Following that report, the project will need approval by the National Science Foundation’s National Science Board and funding by Congress. Construction could begin by 2026 with early scientific observations starting in 2029 and full scientific operations by 2035.

“This exciting project marks the beginning of a new era, and major milestone, in antenna technology,” said Joseph Pesce, NRAO Program Officer at the NSF. “While we look forward to the results from the Astro2020 Decadal Survey in regard to ngVLA, we expect this is the antenna of the future and will be used well beyond any one project,” he added.

On May 27, NRAO officials signed an agreement with the firm mtex antenna technology Gmbh of Germany to develop a production-ready design and produce the prototype 18-meter antenna. Once built, the 18-meter prototype will be installed at the site of NSF’s Karl G. Jansky Very Large Array (VLA) in west-central New Mexico, where it will undergo extensive testing.

Building on the scientific and technical legacies of the VLA and the Atacama Large Millimeter/submillimeter Array (ALMA), the ngVLA will have sensitivity to detect faint objects and resolving power — ability to see fine detail — more than 10 times greater than the current VLA. It is being designed to address fundamental questions in all major areas of astrophysics and provide a major leap forward in our understanding of phenomena such as planets, galaxies, black holes, and the dynamic sky. The ngVLA’s capabilities will complement those of ALMA and other planned instruments such as the lower-frequency Square Kilometer Array.

“The ngVLA will fit neatly into a suite of current and planned observatories that will operate over the next decades, offering the entire astronomical community vital capabilities unmatched by any other telescope system,” said Mark McKinnon, ngVLA Project Director.

“Strengthening New Mexico’s leadership in radio astronomy is going to take an ambitious vision. I am so pleased to see this funding positioned to help jumpstart the Next Generation Very Large Array project so that the National Radio Astronomy Observatory, with offices present at New Mexico Tech, can begin their work to enhance America’s world-renowned scientific research infrastructure across the U.S. – and right here in New Mexico. I will continue fighting for similar funding that creates career opportunities within New Mexico’s science community and keeps our state at the cutting edge of space research and technology,” said U.S. Senator Martin Heinrich (D-NM)

“New Mexico is a national leader in innovation and scientific discovery, and I’m pleased to see the National Science Foundation supporting the design and development of NRAO’s Next Generation Very Large Array, a project that will foster further discoveries. As a new member of the Senate Committee on Commerce, Science, and Transportation, I’ll continue working to secure strong investments that shore up our state’s science and technology economy,” said U.S Senator Ben Ray Luján (D-NM)

“I am excited to see the National Science Foundation has awarded funding to develop the Next Generation Very Large Array,” said Congresswoman Yvette Herrell (R-NM). “This new radio telescope, parts of which will be located right here in New Mexico, will be instrumental in gaining a better understanding of our universe. I am proud New Mexico will be at the forefront of this innovative advancement in the field of astronomy.”

The ngVLA’s design is the result of extensive collaboration with researchers across the landscape of astrophysics. Through a series of workshops and science meetings beginning in 2015, NRAO worked with numerous scientists and engineers to develop a design that will support a wide breadth of scientific investigations over the lifetime of the facility. Participants from around the world contributed suggestions and expertise that helped guide the design.

“We heard from many of our scientific colleagues about how they want to use such a next-generation radio telescope, and worked hard to build a consensus on its capabilities to support their needs. We continue to get valuable advice and support from those who serve on our ngVLA science and technical councils,” said Eric Murphy, NRAO’s Project Scientist for ngVLA. 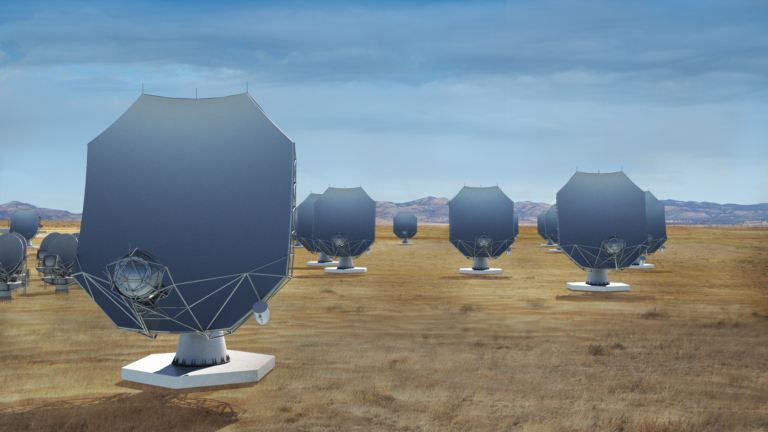 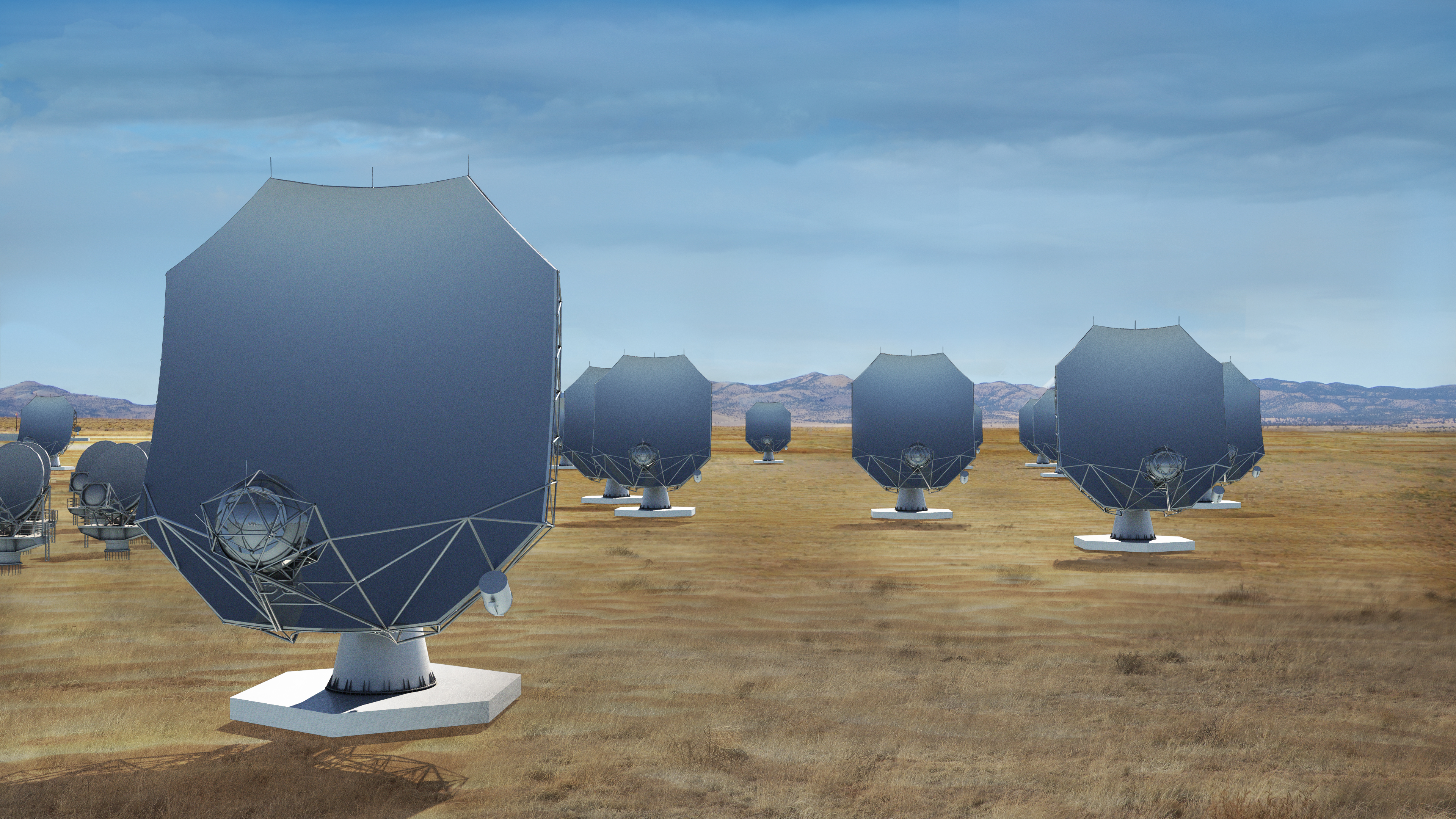