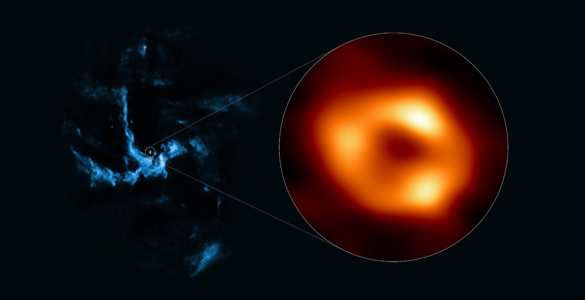 The new image of the black hole at the center of our Milky Way galaxy made with the Event Horizon Telescope brings radio astronomy back to its celestial birthplace. The EHT image provides the closest look yet at the region from which radio waves from beyond the Earth were first detected in 1932 — by Karl Jansky, the father of radio astronomy.

Astronomers Reveal First Image of the Black Hole at the Heart of Our Galaxy
May 12, 2022 at 5:07 am | Announcement