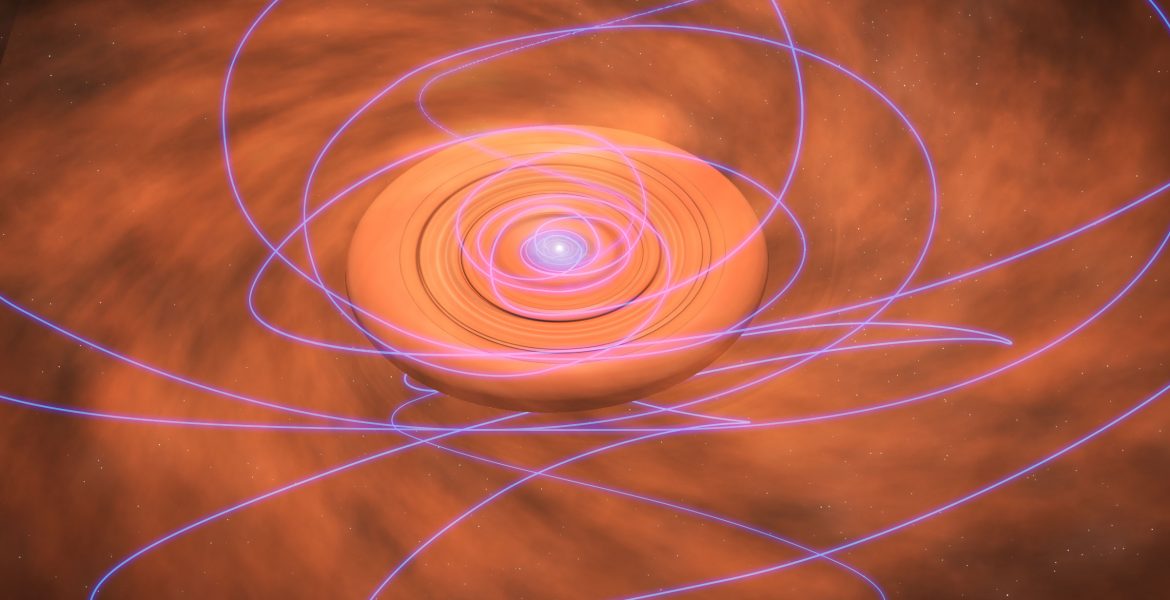 Using new images that show unprecedented detail, scientists have found that material rotating around a very young protostar probably has dragged in and twisted magnetic fields from the larger area surrounding the star. The discovery, made with the National Science Foundation’s Karl G. Jansky Very Large Array (VLA) radio telescope, has important implications for how dusty disks — the raw material for planet formation — grow around young stars.

The scientists studied a young protostar about 750 light-years from Earth in the constellation Perseus. Their observations, made in 2013 and 2014, measured the alignment, or polarization, of radio waves emitted by material, mostly dust, falling into a burgeoning disk orbiting the young star. The polarization information revealed the configuration of magnetic fields in this region near the star.

“The alignment of magnetic fields in this region near young stars is very important to the development of the disks that orbit them. Depending on its alignment, the magnetic field can either hinder the growth of the disk or help funnel material onto the disk, allowing it to grow,” said Leslie Looney, of the University of Illinois at Urbana-Champaign.

As material from the envelope of dust and gas surrounding the young star falls inward toward the rotating disk, it is likely to drag magnetic field lines with it. Because of this, the structure of the magnetic field near the star will become different from the field’s structure farther away.

“Our VLA observations are showing us this region, where the change in shape of the magnetic field is taking place,” said Erin Cox, also of the University of Illinois Urbana-Champaign. The observations, she added, produced the first images at wavelengths of 8 and 10 millimeters to show the polarization near a protostar.

The observations also indicated that millimeter- to centimeter-sized particles are numerous in the disk surrounding the young star. Since the protostar is only about 10,000 years old — very short in astronomical timescales — this may mean that such grains form and grow quickly in the environment of a still-forming star.

The star, dubbed NGC1333 IRAS 4A, is one of two young stars forming within a common envelope of dust and gas. The disk around it contains material with a total mass more than twice that of our Sun.

Cox and Looney are part of an international team of astronomers studying the protostar. The scientists are reporting their results in the Astrophysical Journal Letters. 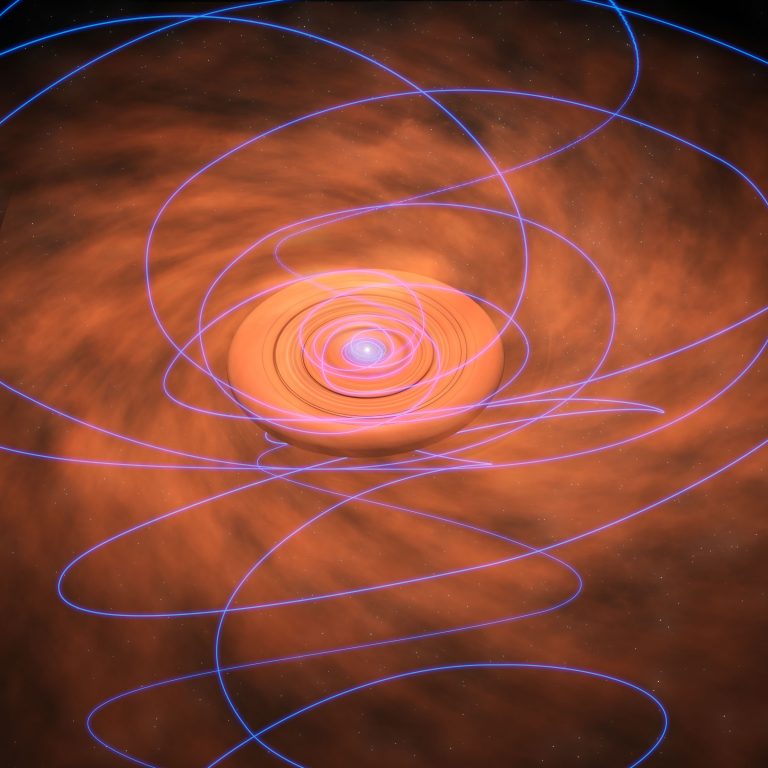 Magnetic field lines (purple) are twisted as they are dragged inward toward a swirling, dusty disk surrounding a young star in this artist's conception.
Credit: Bill Saxton, NRAO/AUI/NSF. 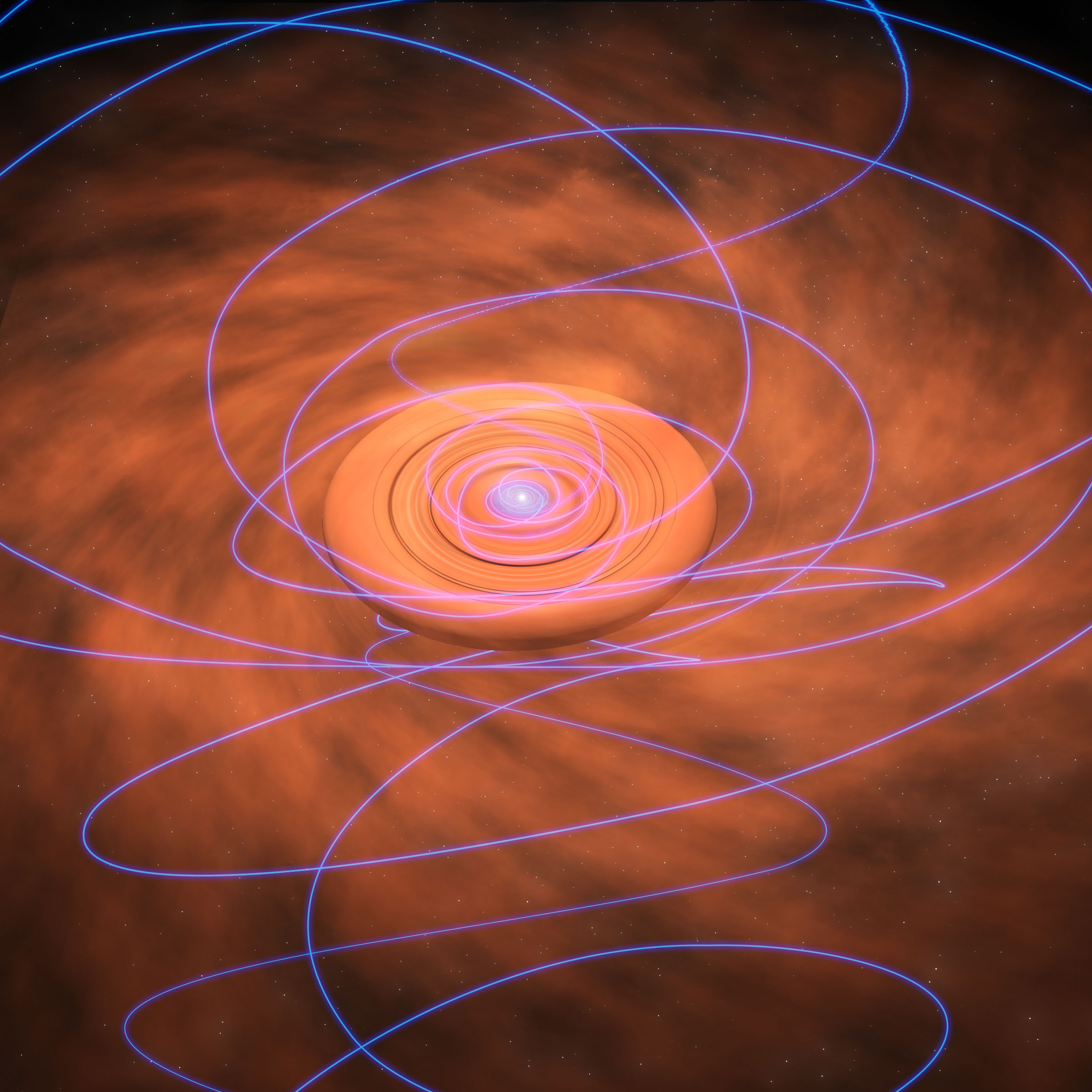