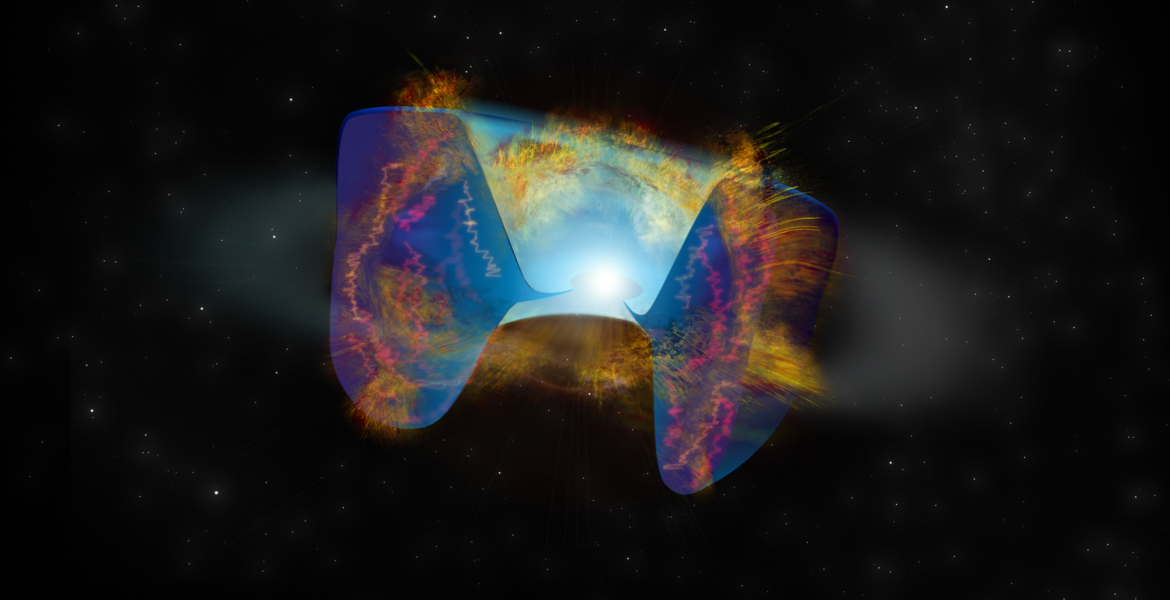 Astronomers have found dramatic evidence that a black hole or neutron star spiraled its way into the core of a companion star and caused that companion to explode as a supernova. The astronomers were tipped off by data from the Very Large Array Sky Survey (VLASS), a multi-year project using the National Science Foundation’s Karl G. Jansky Very Large Array (VLA).

“Theorists had predicted that this could happen, but this is the first time we’ve actually seen such an event,” said Dillon Dong, a graduate student at Caltech and lead author on a paper reporting the discovery in the journal Science.

The first clue came when the scientists examined images from VLASS, which began observations in 2017, and found an object brightly emitting radio waves but which had not appeared in an earlier VLA sky survey, called Faint Images of the Radio Sky at Twenty centimeters (FIRST). They made subsequent observations of the object, designated VT 1210+4956, using the VLA and the Keck telescope in Hawaii. They determined that the bright radio emission was coming from the outskirts of a dwarf, star-forming galaxy some 480 million light-years from Earth. They later found that an instrument aboard the International Space Station had detected a burst of X-rays coming from the object in 2014.

The data from all these observations allowed the astronomers to piece together the fascinating history of a centuries-long death dance between two massive stars. Like most stars that are much more massive than our Sun, these two were born as a binary pair, closely orbiting each other. One of them was more massive than the other and evolved through its normal, nuclear fusion-powered lifetime more quickly and exploded as a supernova, leaving behind either a black hole or a superdense neutron star.

The black hole or neutron star’s orbit grew steadily closer to its companion, and about 300 years ago it entered the companion’s atmosphere, starting the death dance. At this point, the interaction began spraying gas away from the companion into space. The ejected gas, spiraling outward, formed an expanding, donut-shaped ring, called a torus, around the pair.

Eventually, the black hole or neutron star made its way inward to the companion star’s core, disrupting the nuclear fusion producing the energy that kept the core from collapsing of its own gravity. As the core collapsed, it briefly formed a disk of material closely orbiting the intruder and propelled a jet of material outward from the disk at speeds approaching that of light, drilling its way through the star.

“That jet is what produced the X-rays seen by the MAXI instrument aboard the International Space Station, and this confirms the date of this event in 2014,” Dong said.

The collapse of the star’s core caused it to explode as a supernova, following its sibling’s earlier explosion.

“The companion star was going to explode eventually, but this merger accelerated the process,” Dong said.

The material ejected by the 2014 supernova explosion moved much faster than the material thrown off earlier from the companion star, and by the time VLASS observed the object, the supernova blast was colliding with that material, causing powerful shocks that produced the bright radio emission seen by the VLA.

“All the pieces of this puzzle fit together to tell this amazing story,” said Gregg Hallinan of Caltech. “The remnant of a star that exploded a long time ago plunged into its companion, causing it, too, to explode,” he added.

The key to the discovery, Hallinan said, was VLASS, which is imaging the entire sky visible at the VLA’s latitude — about 80 percent of the sky — three times over seven years. One of the objectives of doing VLASS that way is to discover transient objects, such as supernova explosions, that emit brightly at radio wavelengths. This supernova, caused by a stellar merger, however, was a surprise.

“Of all the things we thought we would discover with VLASS, this was not one of them,” Hallinan said. 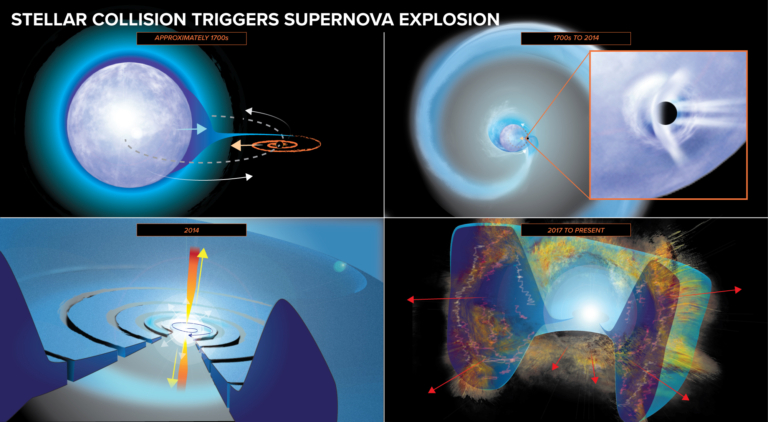 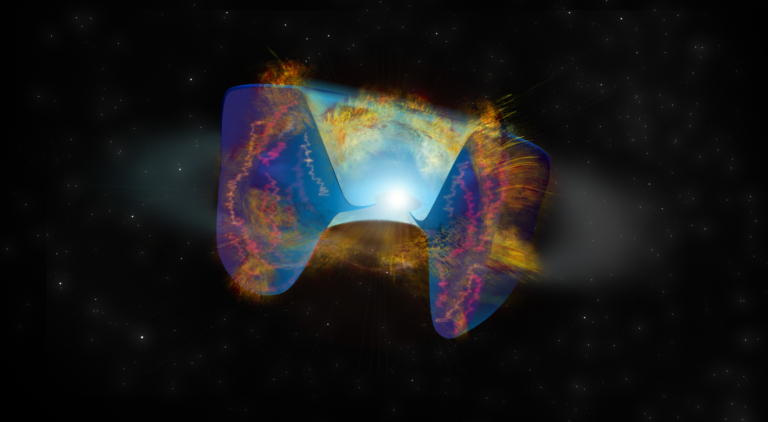 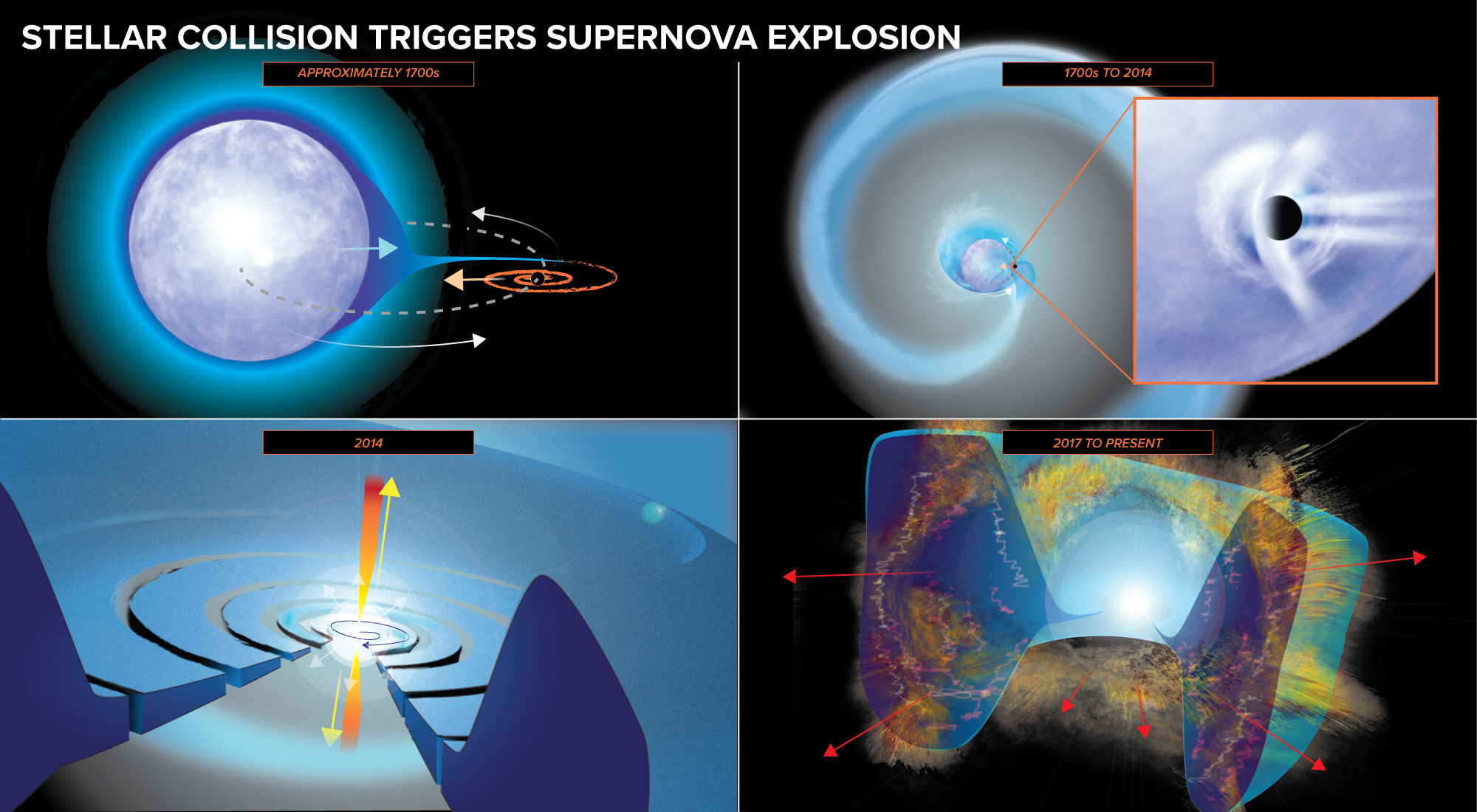 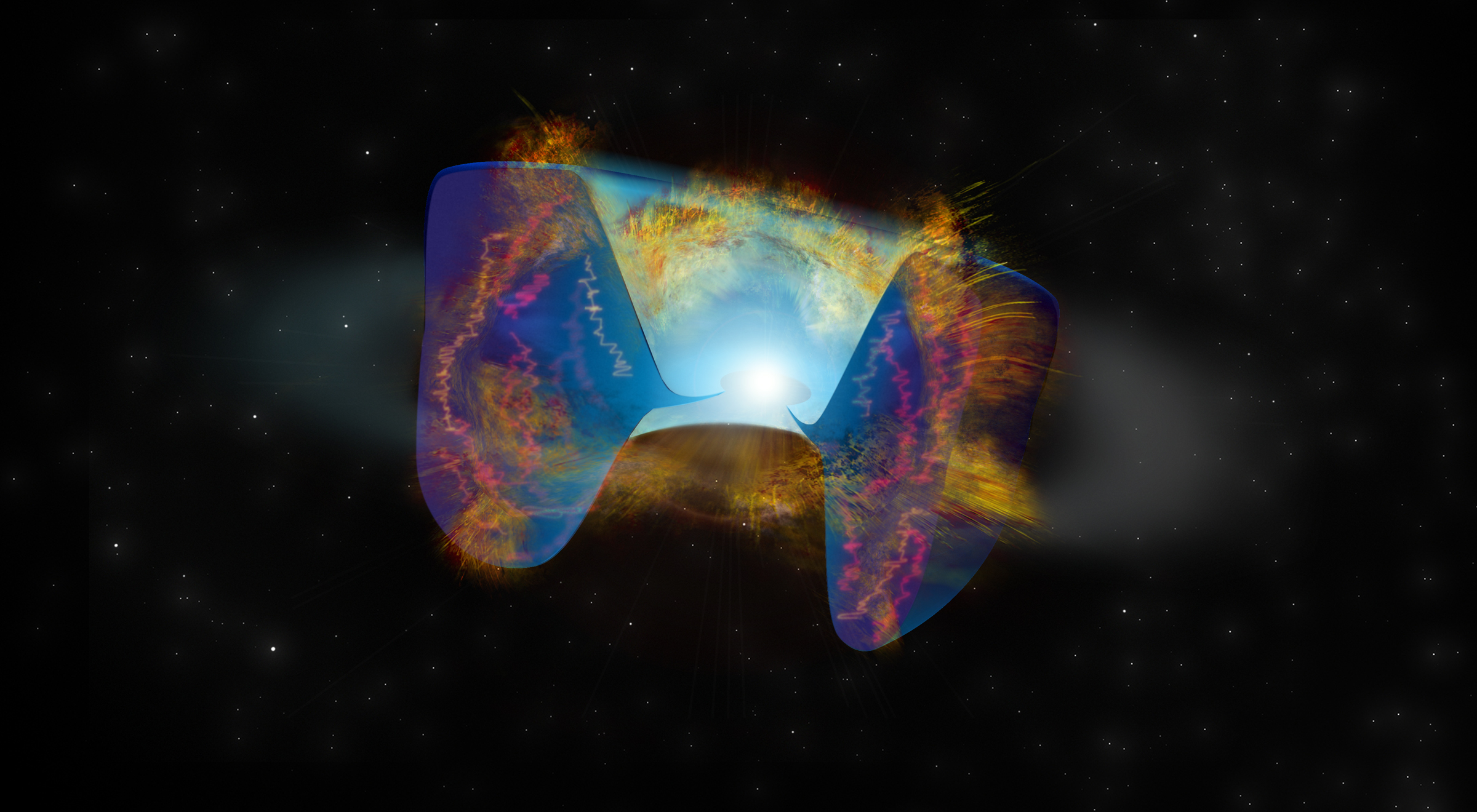