Radio astronomy is a relatively young branch of astronomical science. Today, some of the most important discoveries about our universe come from radio telescopes. 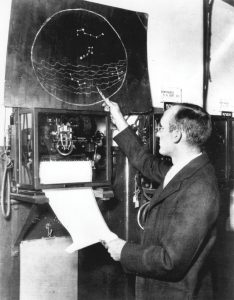 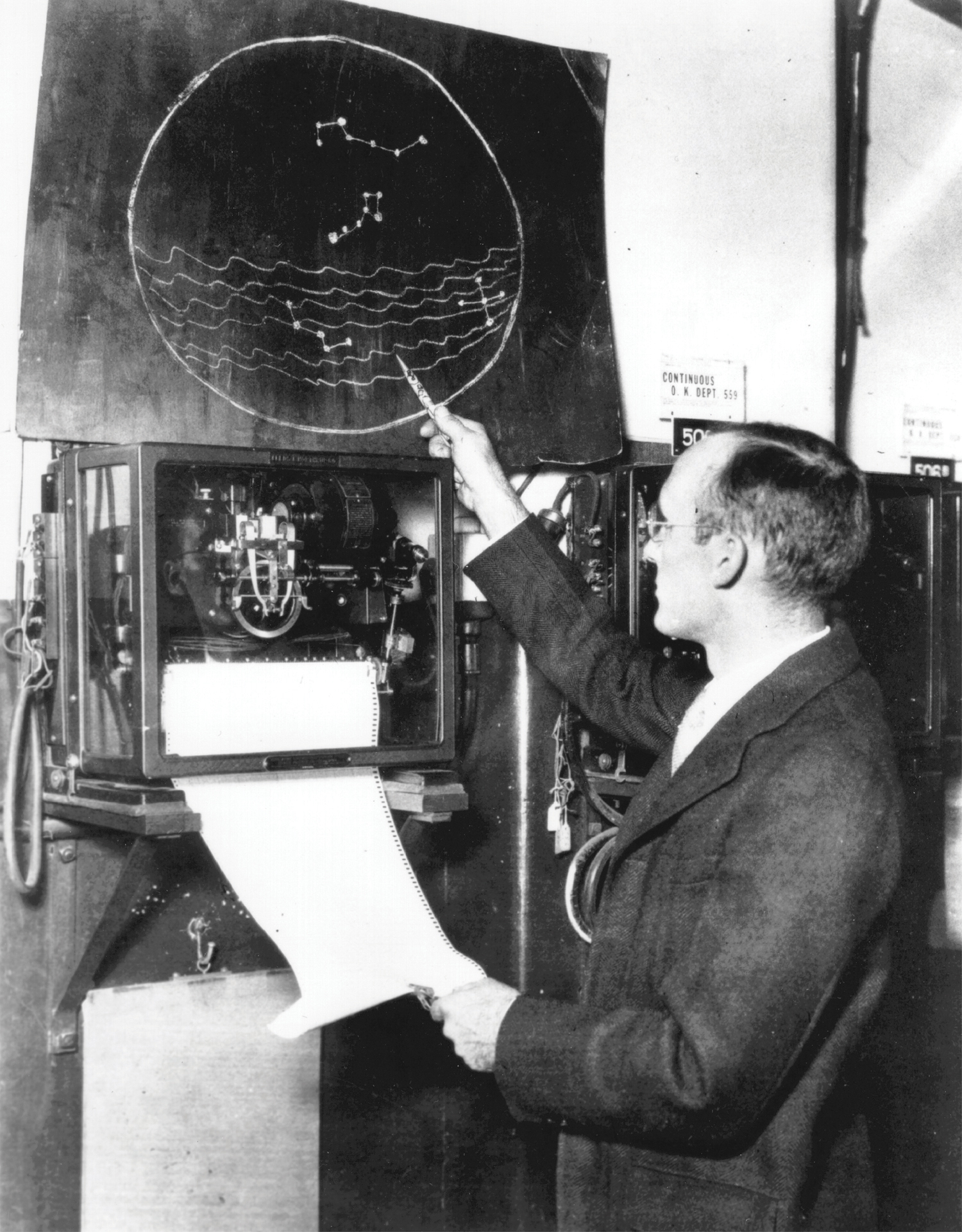 Radio astronomy was born early in the 20th century. In 1932, a young engineer for Bell Laboratories named Karl G. Jansky tackled a puzzling problem: noisy static was interfering with short-wave radio transatlantic voice communications. After months of tracking the source, he noticed that it shifted slowly across the sky. What could this be? Stumped, he consulted with an astronomer and came to a startling conclusion:

“I have taken more data which indicated definitely that the stuff, whatever it is, comes from something not only extraterrestrial, but from outside the solar system. It comes from a direction that is fixed in space and the surprising thing is that …[it] is in the direction towards which the solar system is moving in space. According to Skellett…there are clouds of “cosmic dust” in that direction…”

Jansky had discovered something at the heart of the Milky Way Galaxy. His work led to one of the most important papers in the history of astronomy in the 20th century, called “Radio Waves from Outside the Solar System”, published in 1933. His work laid the foundation for the science of radio astronomy!

One of the most famous radio astronomy discoveries occurred in 1967 when a young graduate student named Jocelyn Bell noticed a strange signal in a printout from a radio telescope she helped to build.

“My eureka moment was in the dead of night, the early hours of the morning, on a cold, cold night, and my feet were so cold they were aching. But when the result poured out of the charts, you just forget all that. You realize instantly how significant this is – what you’ve really landed on – and it’s great!” 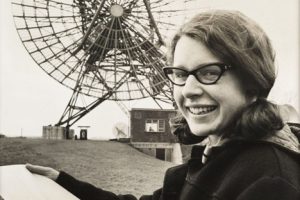 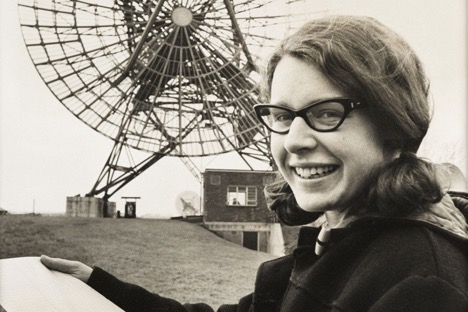 What did she find? At first it wasn’t clear. The object produced strong radio pulses at a regular rate, about 30 times a second. Bell and her colleagues first called the object LGM-1, since they joked that the regular pulses could be from “Little Green Men,” though they understood that it was an as-yet-unexplained natural phenomenon.

The signals turned out to be flashes of radio emissions from a weird object called a pulsar. Pulsars are what remains after a massive star collapses and then explodes as a supernovaSupernovaThe extremely violent explosion of a star many times more massive than our Sun after the nuclear furnace at its core can no longer balance out the force of gravity. During this explosion, these stars may become as bright as all the other stars in a galaxy combined, and in which a great deal of matter is thrown off into space at high velocity and high energy. The remnant of these massive stars collapse into either a neutron star or a black hole.. It sends clouds of debris into space, leaving behind a massive compressed object made entirely of neutrons. The pulsar Bell discovered spins on its axis 30 times a second, sending out a beacon with each spin. It is almost like the ticking of a clock.

Today, we know of more than 2,000 pulsars. For some, such as the pulsar at the center of the Crab Nebula, we can also see the glowing debris of the massive star. Radio astronomers focus on the ticking pulsar at the heart of the explosion.

Radio Astronomy and the Building Blocks of Planetary Systems

One of the most intriguing questions we can ask is about our own place in the universe, the solar system. How did it form? What conditions had to exist to allow life to form on our planet? The Atacama Large Millimeter/submillimeter Array (ALMA) was built to study the cold, dark portions of the universe, like the regions that give birth to infant solar systems. These regions are known as stellar nurseries. The Orion Nebula is a well-known stellar nursery that also appears to have infant planetary systems embedded in its clouds of gas and dust. ALMA scientists continue to study this nebula. Radio emissions as well as infrared light can travel right through those thick clouds of gas and dust, “lifting the veil” on the processes of star and planet formation.

What have astronomers found using radio astronomy to study this region? The cloud is threaded with filaments of cold gas that could well collapse someday to form stars and their planets.

Elsewhere in the galaxy, ALMA has detected traces of a molecule called called methyl isocyanate. This poisonous material turns out to be a precursor molecule that can combine with other molecules to form pre-biotic organic compounds called peptides which are one of the early building blocks of DNA.. In other words, ALMA is helping astronomers to detect precursors to life and giving clues to how life might have arisen in our own solar system billions of years ago.

Radio Astronomy Helps Understand the Cause of Gravitational Waves

Gravitational waves grabbed the headlines in recent years when they were first detected. But what causes them? The Karl G. Jansky Very Large Array played a role in studying the physics of these cosmic catastrophes. Three months of observations from several observatories led researchers to a titanic collision of neutron stars in a galaxy 130 million light-years from Earth. Neutron starsNeutron StarA small compressed core of a star that has gone through supernova (star explosion). These stars are almost completely made up of only neutrons and have a strong gravitational field. are superdense objects left over from the deaths of massive stars. They are magnetically active, and have very strong gravitational fields. When these monsters collide, they not only send gravitational waves out through space, but they also give off strong radio emissions. That’s what the VLA, plus the Australia Telescope Compact Array and the Giant Metrewave Radio Telescope in India combined to study. The merger set off a huge outburst of energy and material and gave scientists new insight into the phenomenon behind the creation of gravitational waves.

Linkedin
Previous:
The Basics
The Technology of Radio Astronomy
Next:
Stars and Exoworlds
Star Life and Death