How Do Radio Telescopes Work?

Think of a radio telescope as a very specialized antenna outfitted with receiversReceiverAn electronic device that amplifies, detects, and gives a measure of the intensity of radio signals.. In everyday life, TV and satellite dishes pick up signals that supply entertainment to people’s homes and other places. Radio telescopes pick up signals from objects in the sky that aren’t made by humans. Some of these telescopes are big dishes, others look like fences or small vertical metal frameworks scattered across the landscape. 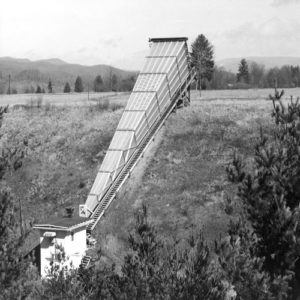 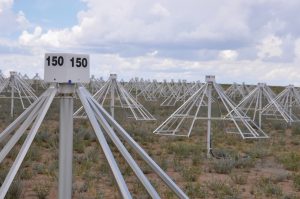 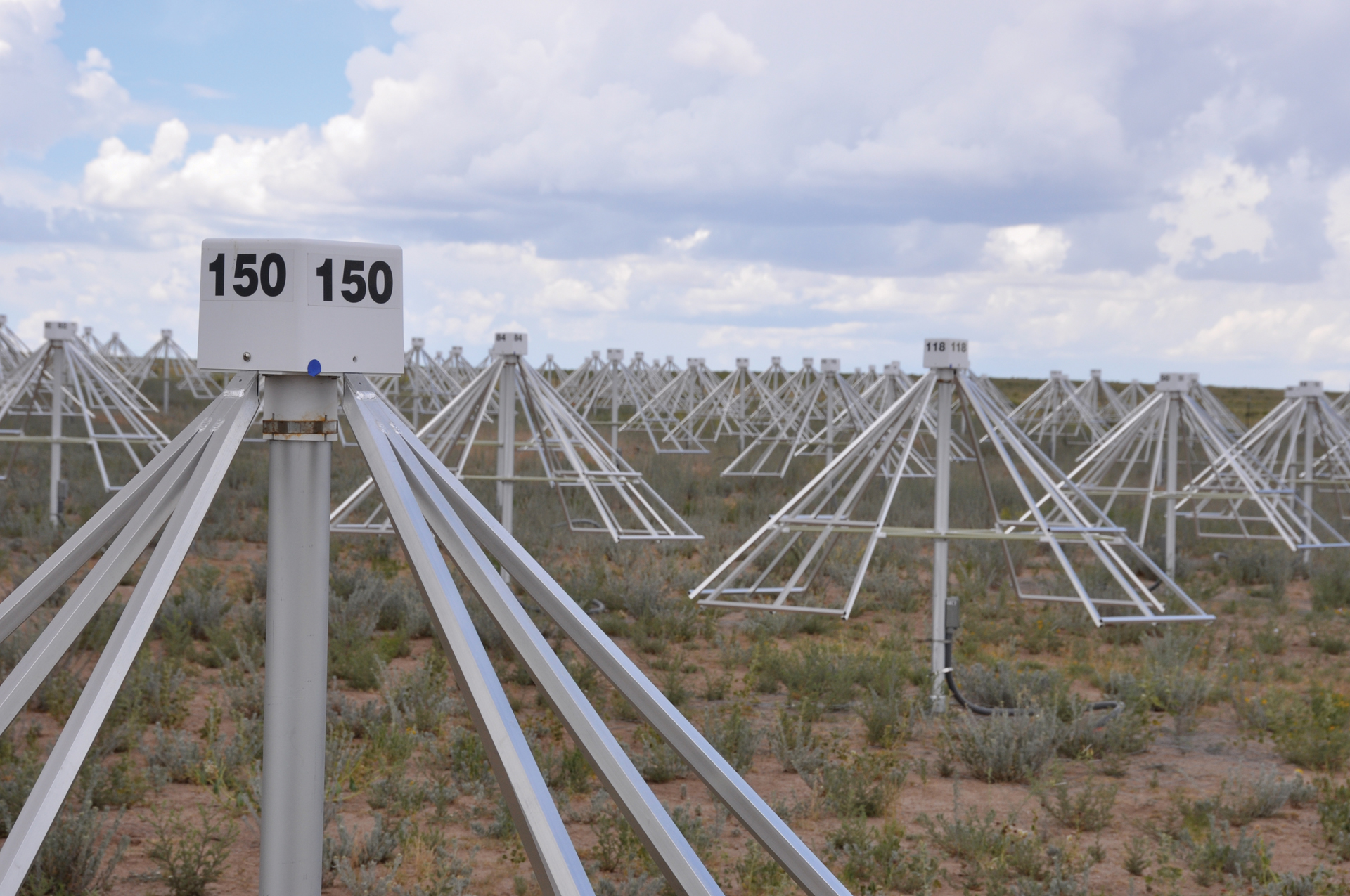 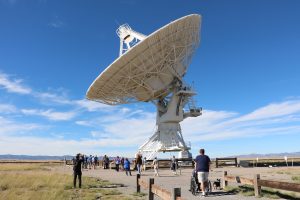 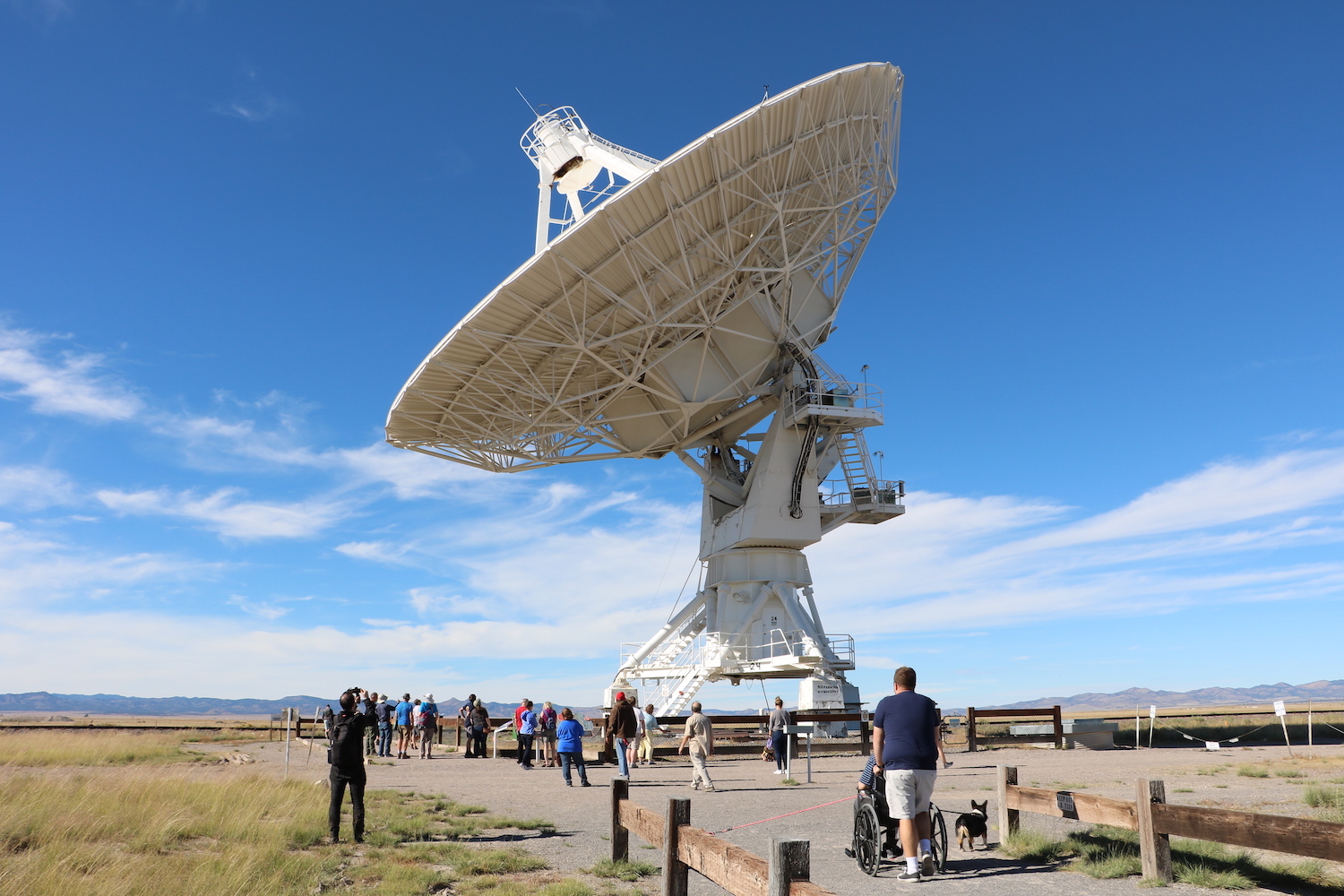 A typical radio telescope, regardless of its size and shape, has several main components. First is the dish, or the antenna. The size and shape are dictated by the frequencies the instruments are built to detect and the fine details astronomers want to image.

A dish needs to be big to gather up the very weak signals from distant sources in the cosmos onto their detectors. It focuses the signal from a distant object onto a subreflector above the dish. This reflects the signal to a detector and then on to a signal booster to amplify the signal if it’s very weak. The data is then recorded for later study.

In recent decades, radio astronomers have built large arrays of dishes that help gather very fine detail about an object or cosmic event. The more extended the array, the better the detail. Some arrays stretch far across Earth’s surface! They use the concept of interferometry to get very highly detailed looks at radio-bright objects.

While “bigger” usually means “brighter images” with more fine detail, telescopes can only get so big.The amount of detail possible is also dependent on the telescope’s wavelength of operation. To get Hubble-like resolution, a radio telescope would have to be many kilometers across. So when radio astronomers want a finely detailed look at a distant object, they point a set of antennas at that object then use precise timing and a supercomputer to have them act as one giant telescope. Each antennas gathers radio waves that need to be combined in clever ways, allowing astronomers to produce images with the detail of a huge telescope equal to the separation between the component telescopes. Using computers and signal processing, all those signals are combined to create a high-resolution image.

Radio astronomy requires a very quiet environment. That doesn’t mean people have to be silent when a telescope is working. To a radio telescope, “quiet” means “no interference by other radio emissions.” It is very hard to find radio-quiet places on Earth, but a few still exist. Those locations are prized by radio astronomers because they allow for more pristine observations of radio waves from space.

Want to learn more about interferometry?

Interferometry in Action
Try it Yourself! 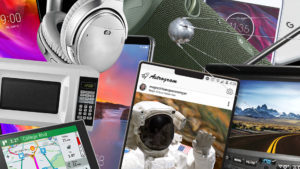 Our cell phones, radio stations, and even such day-to-day objects as doorbells, entertainment systems and home computers, give off radio emissions. They swamp the naturally occurring signals from space. Our own atmosphere also affects radio signals from distant objects because water vapor can absorb those emissions before they can get to a telescope.

The Radio Telescopes and Arrays of NRAO

Some of the most famous radio telescope facilities in the world belong to the National Radio Astronomy Observatory. The Karl G. Jansky Very Large Array spreads across the plains of San Agustin west of Socorro, New Mexico, and uses 27 linked antennas to study the cosmos.

Several thousand kilometers south and east of the VLA, the Atacama Large Millimeter/submillimeter Array studies the sky at millimeter and even shorter submillimeter wavelengths. From its location high in the Andes, ALMA detects radio waves that would be absorbed by water vapor in the atmosphere. Thanks to ALMA, radio astronomers can now get detailed observations of everything from the hearts of forming planetary systems to some of the earliest and most distant galaxies in the universe. 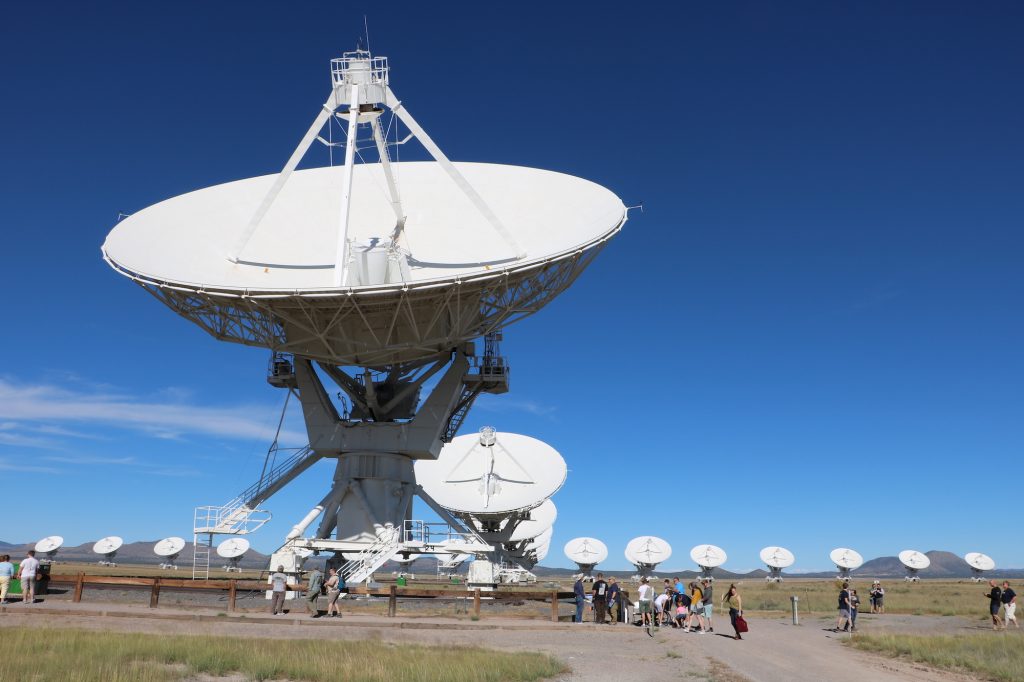 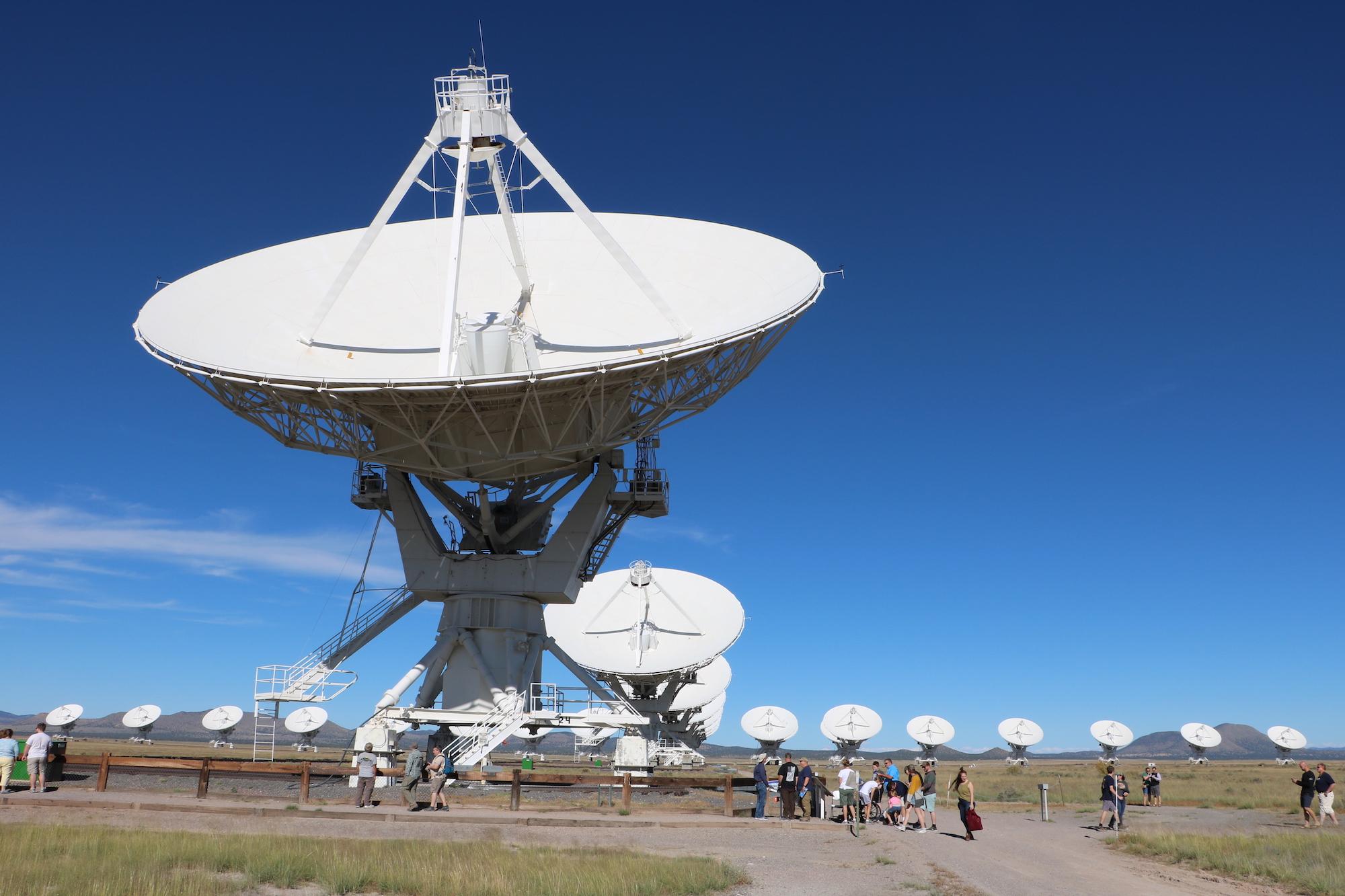 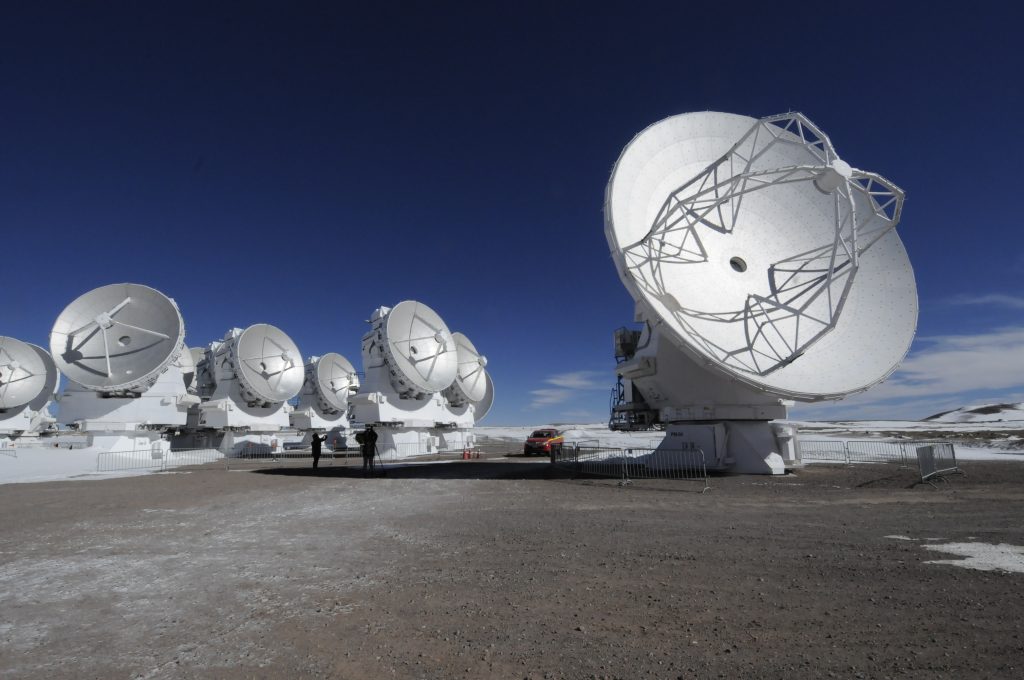 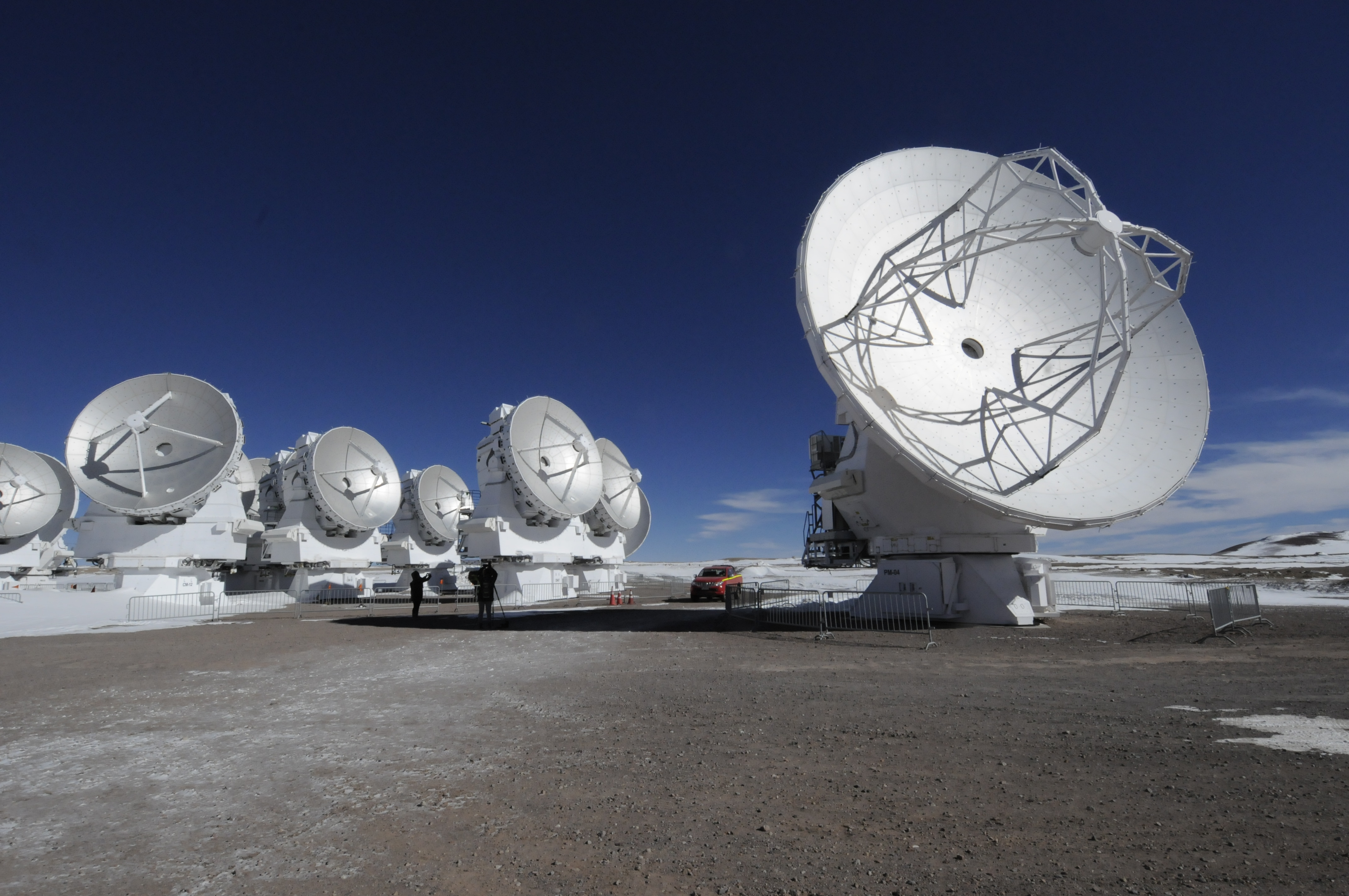 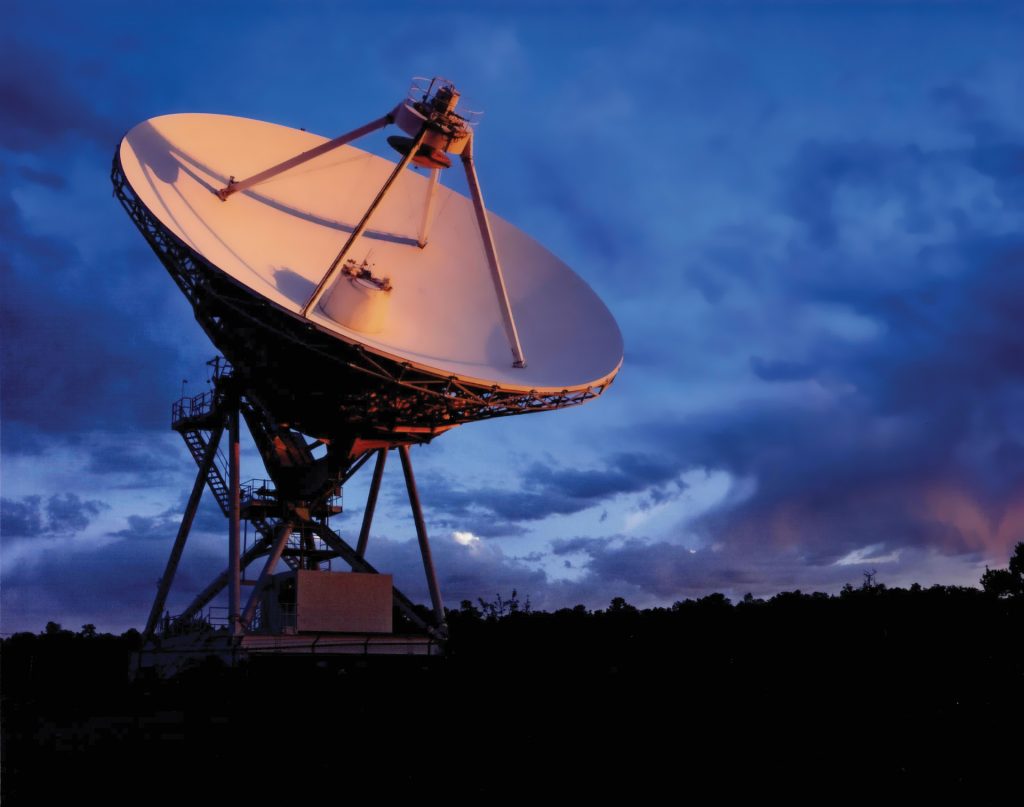 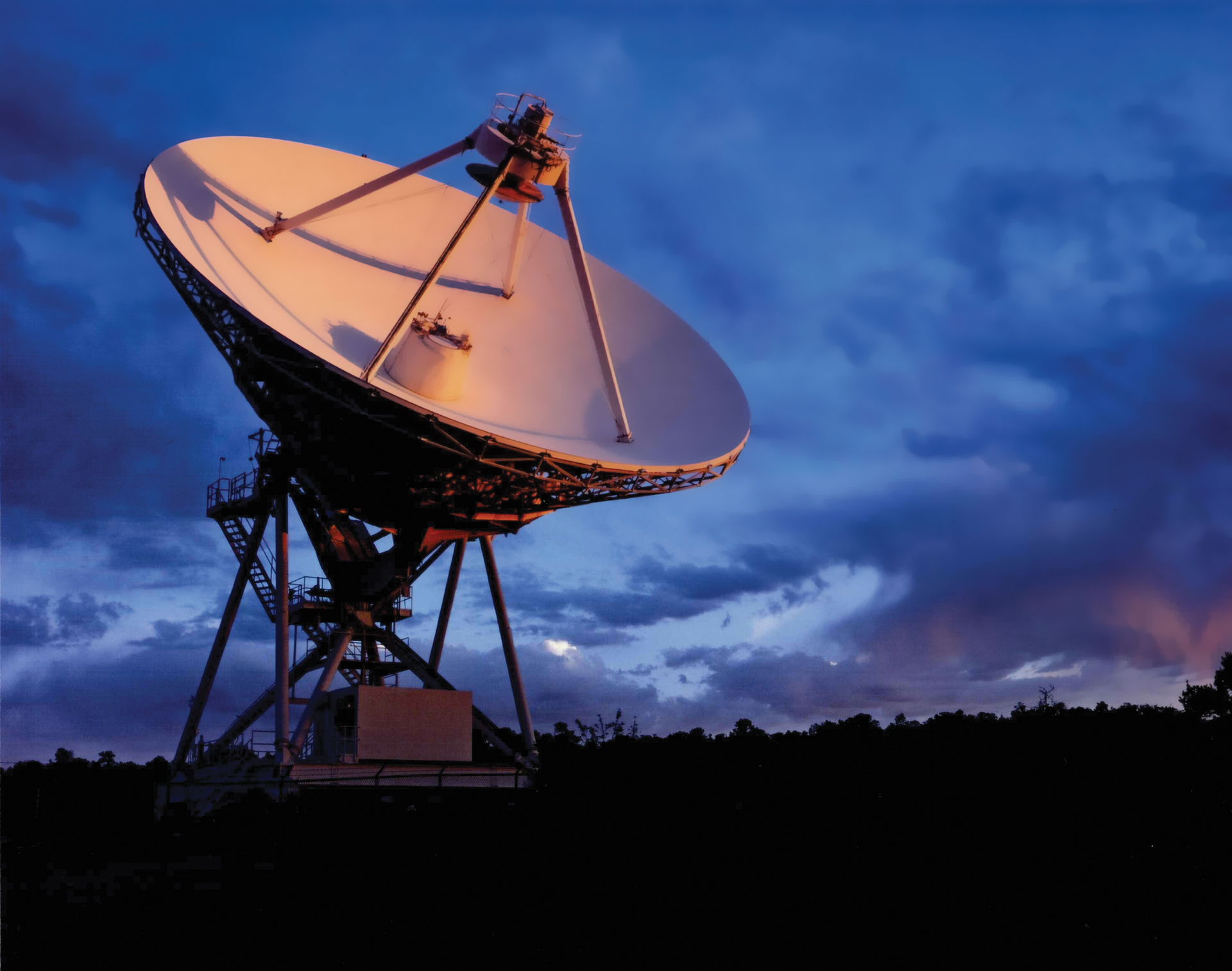 The Very Long Baseline Array is a globe-girdling array of radio antennas. They are located across the continental United States, as well as Hawaii and the U.S. Virgin Islands. Think of it as an almost Earth-sized radio telescope that can make incredibly detailed radio studies of distant objects.

The Discovery of the Early Universe

One of the most profound discoveries in all of science is a radio view of the earliest epochs of cosmic history. It’s called the cosmic microwave background radiationCosmic Microwave Background RadiationRadiation left over from the Big Bang. Because of the expansion of the Universe, the radiation is detected in the microwave portion of the spectrum (300 MHz [100 cm] to 300 GHz [0.1 cm]), and has a temperature of only 2.7 K (Kelvin) (or -270.45°C). . Radio signals from that era were detected in 1964 by two scientists using a giant instrument called the Holmdel Horn Antenna. Arno Penzias and Robert Wilson found that no matter where on the sky they pointed their antenna, they found a super-sensitive steady “hiss” radio “noise” at a very specific frequency. They concluded it was coming from outside the galaxy.

Other scientists had predicted that the afterglow of the Big Bang would have left an imprint on the universe, and its temperature had been estimated in 1948. They also suggested that it would appear to observers on Earth as microwave radiation due to the expansion of the universe stretching the signal. The observations made by Penzias and Wilson were the first direct confirmation of this idea and they won a Nobel Prize for their work.