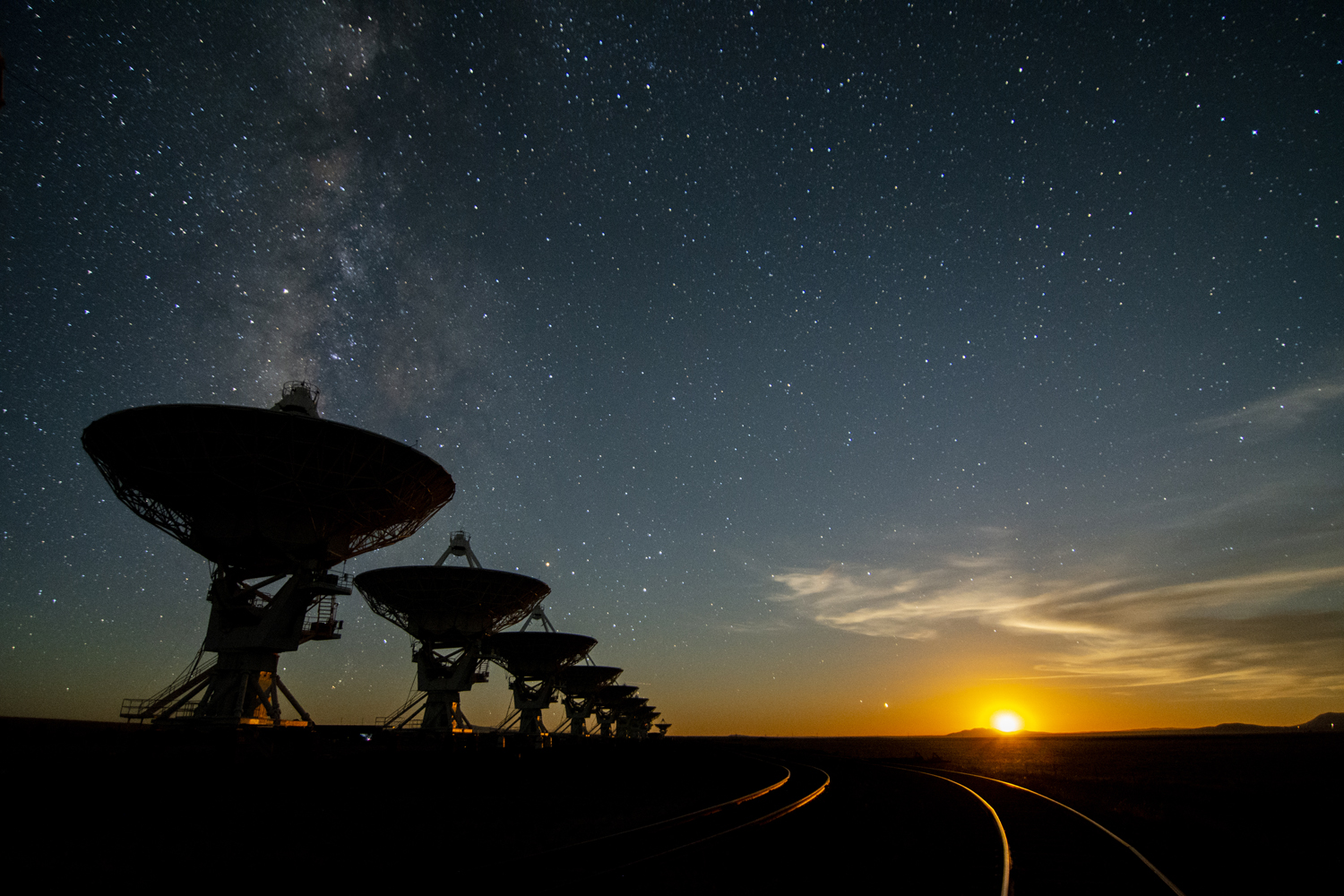 Have you ever come across paintings by amateurs and wished you could do that? Or thought the same about photographs you knew were taken by amateurs but were still quite impressive? That’s been me for my entire life when I’ve come across photographs of deep space objects taken by amateur astronomers. I’ve often marveled at how talented amateurs capture the heart of a globular cluster or the varying colors of a cloud of gas and dust that reflects the light of nearby stars.

About a year ago, my wife and I moved from the center of town to the outskirts, and the night sky was noticeably darker than it had been in our original location. It is now fairly easy for me to see the brightest stars, which, due to a significant visual impairment, is not a trivial thing for me to be able to do. From our new home, I could manage to photograph bright stars and planets using my handheld iPhone camera (which is, in itself, quite a technological achievement). But that just whetted my appetite for more. I began watching YouTube videos on amateur astrophotography how-tos. I soon realized that there was quite a lot to learn and to research about how to take good photographs of the night sky. Gathering a good set of equipment seemed to be a very high barrier. One has to worry about things like telescope mounts, filters, cameras, and of course the telescope itself. In addition, it seemed I wouldn’t be able to avoid hurdles presented by my disability, since some reasonable amount of vision is required to align the telescope prior to observing. Then there would be the hurdle of assembling all this equipment, spending significant time supervising observations, having to observe in the cold sometimes, and the list just kept going.  This seemed to be a long, winding path, likely fraught with many frustrations, that I was hesitant to attempt to travel.

But then, I came across the most wonderful thing. It was a completely integrated astrophotography package called Stellina. Vaonis, the company that manufactures the instrument, markets it as an “observation station”, and in the era of “smart” electronics, others have dubbed it a smart telescope. The 27 lb system, which contains a refracting telescope with a 3.15-inch objective lens and a Sony CMOS image sensor,  is fully automated; it is controlled by an iOS and Android compatible app. Essentially, all I have to do is to carry it a few steps from my living room (where it sits during the day) outside to my deck, plug in a battery power pack that is commonly used as a phone charger, and press the big power button. Once fully booted, Stellina’s computer creates a WiFi network that one connects to using their iOS or Android device. The telescope can then be accessed using the app. The first step is to initialize the system, which means tapping a button in the app and waiting a few minutes for Stellina to initialize. Stellina has an onboard GPS receiver, so it knows where on earth it is located, but it also needs to know how it is aligned relative to north, south, east, and west. To achieve that, the system takes photographs of various parts of the sky and can determine its orientation by using a stellar pattern recognition algorithm. The system also goes through an auto-focus procedure so that images will be as sharp as possible.

After that, Stellina is ready to observe! The user is presented with a long list of target objects. These are among the most popular astrophotography targets and include many galaxies, open and globular star clusters, and nebulae (clouds of gas and dust) in our own Galaxy. The most difficult issue using Stellina is deciding on which object to observe. But, once that decision has been made, all one must do is tap on the object they wish to observe, tap the “Start Observation” button, and Stellina does the rest. It slews to the position of the object, begins tracking it in order to compensate for the rotation of the earth, and within a few seconds begins the observation.

For deep sky objects, Stellina collects light for ten seconds and saves that image. During the course of an observation of an object that can last for minutes or hours, Stellina combines these ten-second exposures in a process known as “image stacking”. In this way, Stellina is able to build up a single high-sensitivity image from many low-sensitivity images. The cumulative sequence of images is accessible through the app. One can watch the stacking process build a better and better image in real time. But what about that rogue cloud that happens to cross into Stellina’s field of view during an observation, you may ask? Certainly stacking an image of a cloud on a lovely, colorful nebula is going to mar the final image, or even ruin the entire observation, right? Those who designed Stellina thought of that. Before adding a ten second exposure image to the stack, Stellina checks to ensure that the image is not “contaminated”. If there is contamination, Stellina discards the image and does not add it to the stack. In addition, Stellina is equipped with a light pollution filter, which mitigates the effects of light from terrestrial sources that might contaminate the image. While Stellina performs all these tasks, the user can sit comfortably inside. Once Stellina is in observing mode, it requires very little supervision.

Now, the convenience factor, which is quite high, comes at a bit of a trade-off as far as image quality goes. I would say that Stellina takes good, but not great, photographs. I’ve certainly seen photos that are significantly better than Stellina by amateurs who put a lot of effort (and probably money) into their craft. But, for me at least, the trade-off is well worth it.

So, let’s take a look at a couple of photographs I’ve taken with Stellina recently. The first object is the Trifid Nebula. This object is also known as M20, being the 20th object listed in Charles Messier’s catalog of about 100 objects. Messier was a French comet hunter who lived during the 18th century. Because comets and nebulae look relatively similar under low magnification, Messier published his catalogue to help comet hunters distinguish between known bright, fuzzy objects that don’t move (galaxies and nebulae) vs bright, fuzzy objects that do move, such as comets. Although Messier did manage to discover 13 comets, he is best known for his catalogue of “M” objects.

The Trifid Nebula is located in the constellation of Sagittarius. It is associated with a region where stars are currently forming. It is located at a distance of about 4100 light-years and is about 42 light-years across. The red colored portion of the photograph represents gas that is so hot that hydrogen atoms have been ionized, meaning that their electrons have been stripped from their protons. On occasion, an election will recombine with a proton to form a hydrogen atom, and when that happens, often light that is red in color is emitted. A very massive, newly formed star is at the heart of this region. It emits a great deal of its energy in the ultraviolet portion of the spectrum, and this heats the surrounding nebula and ionizes the gas. The blue portion of the nebula is a reflection nebula. There is dust in this nebula that reflects light from nearby stars. The dark gaps or lanes through the red portion are the result of foreground dust clouds that absorb the light from the background nebula. This particular photograph is the result of stacking 511 individual ten second exposures. From my home, the Trifid Nebula doesn’t get very high in the sky, and there is a significant amount of light pollution in that direction, so I think Stellina did a pretty good job.

The second recent photograph I’ve taken using Stellina is of the Dumbbell Nebula, so named because of its resemblance to the piece of weightlifting equipment. It is also in Charles Messier’s catalogue and so also has the designation of M27. The Dumbbell Nebula is located in the constellation of Vulpecula, the fox, and is at a distance of about 1630 light-years from earth. It is about three light-years across. The Dumbbell Nebula is a planetary nebula. This class of objects is so named because many of them are round, like a planet. However, they are actually hot clouds of gas that have been ejected by a central star that has recently gone through the red giant phase, late in its life. Once this portion of the stellar atmosphere has been ejected, the very hot core of the star is left and emits a large amount of ultraviolet radiation that heats the shell of ejected material, causing it to shine. This image is the result of stacking 630 individual ten second exposures. The Dumbbell Nebula does get pretty high in the sky as observed from my deck, although, because my house obscures most of the eastern portion of the sky, I can only observe it for about half the time it is above the horizon.