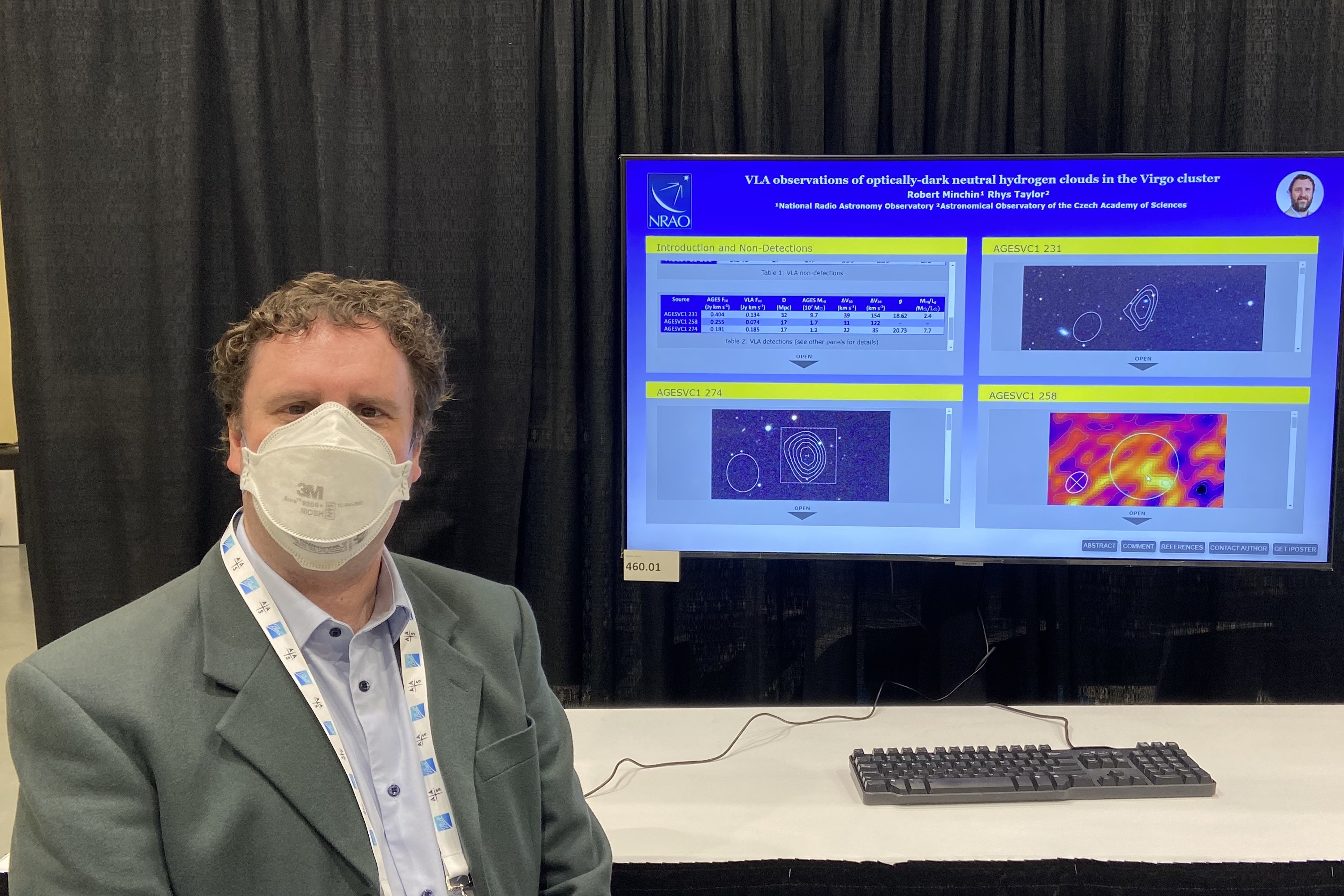 Galaxies are often surrounded by a halo of hydrogen gas. Over time a galaxy can lose this halo, which streams off into the intergalactic medium. As a result, there can be clouds of hydrogen among the clusters of galaxies in the universe, with a million stars worth of mass. Understanding the evolution of these hydrogen clouds can help astronomers understand how galaxies evolve. These clouds are invisible to optical telescopes, but fortunately they can be detected by radio astronomers thanks to hydrogen’s 21-centimeter emission line.

To study these clouds, Robert Minchin, Scientist at NRAO has taken observations of seven hydrogen clouds in the Virgo Supercluster captured by the Arecibo Galaxy Environment Survey, and combined them with observations from the Very Large Array (VLA). Arecibo’s sensitivity was able to capture the size and distribution of these clouds, while the VLA can observe where the clouds are dense, and where they are more diffuse. This allowed Robert to see where hydrogen is streaming away from a galaxy, and how the hydrogen is affected by the intergalactic medium.

In one case, Robert found a large hydrogen cloud not near any galaxy. The fact that the cloud is still intact would seem to indicate that a galaxy cast off its hydrogen halo rather quickly, rather than slowly over time. The exact mechanism of this process is still unclear.

Robert presented this work at AAS 241.