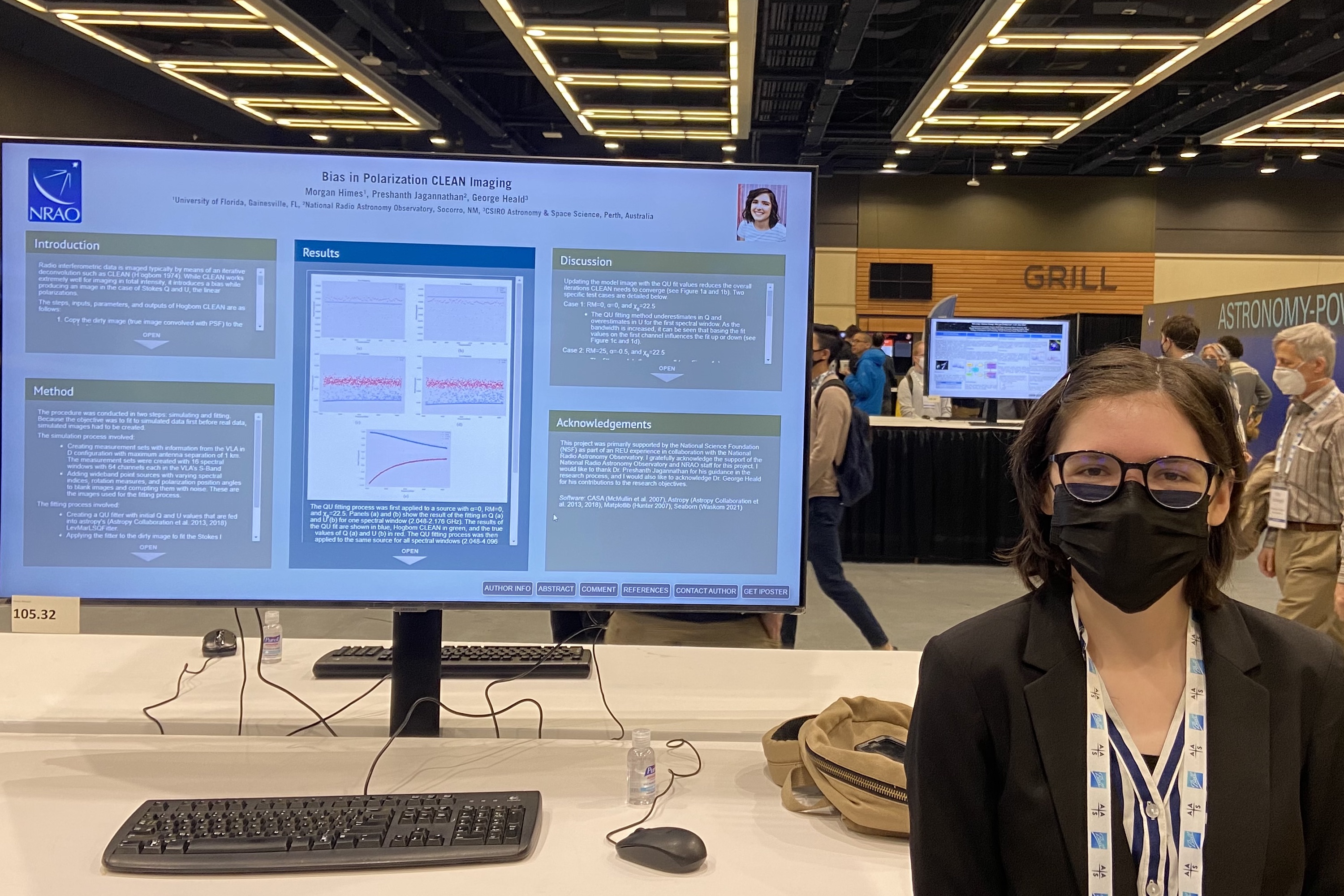 Radio telescopes such as the Very Large Array (VLA) use an array of antenna dishes to collect faint radio light from outer space. This means the VLA doesn’t collect simple images of radio objects. Instead, the data has to be processed to create an image. A common way to do this is through an algorithm known as Högbom CLEAN. This works well for creating images but is less effective when astronomers want to image polarization. To address this issue, student researcher Morgan Himes looked at new algorithms.

Polarization is one orientation light waves can have. Radio light is often polarized, and that can tell astronomers interesting things about the origin of the light and the distance of the source. Mathematically, the polarization of a light source can be described by components labeled Q and U. So Morgan focused on those components to create a QU fit to the data, and studied how this approach might bias the data compared to Högbom CLEAN.

Morgan found that in many cases the QU fit is more efficient than standard algorithms. But the approach wasn’t always the best, so Morgan suggests using multiple methods. Future work could focus on developing algorithms that account not only for the Q and U components of polarization but also for the relationship between them.

You can read Morgan’s paper on this work here.