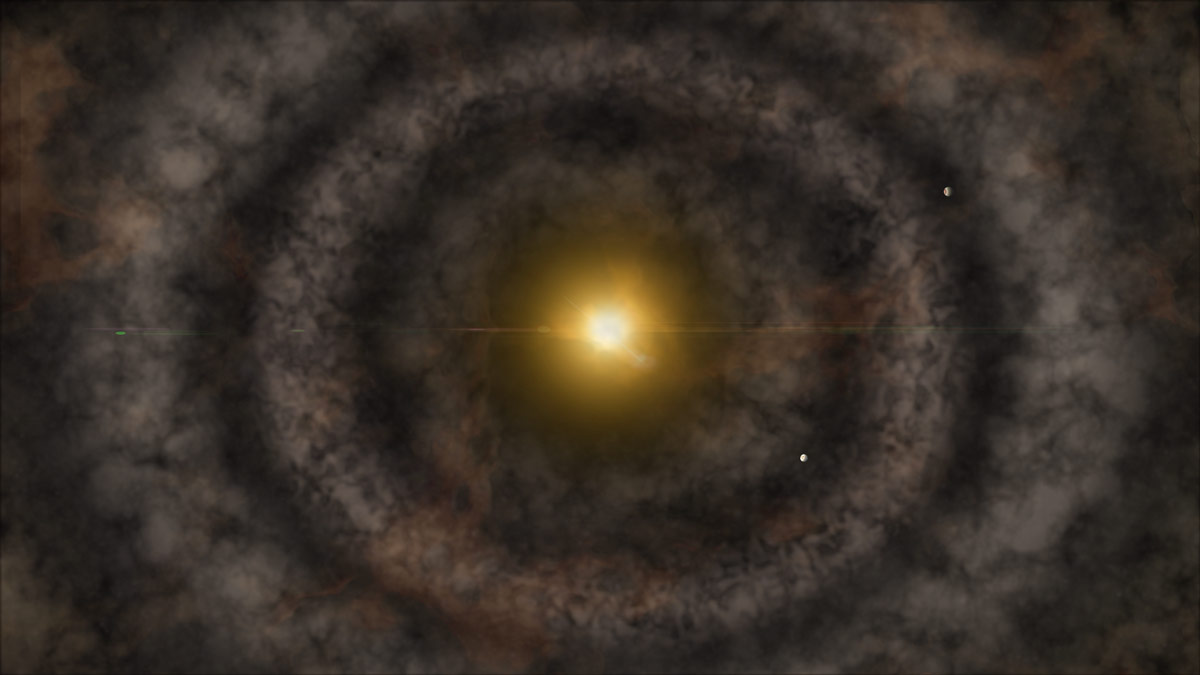 Artist's impression of a protoplanetary disk. Newly formed planets can be seen traveling around the central host star, sweeping their orbits clear of dust and gas. These same ring-link structures were observed recently by ALMA around the young star HL Tau.

The Next Generation Very Large Array (ngVLA) will help astronomers solve some of the greatest mysteries of modern astrophysics, including unveiling the formation of planetary systems similar to our own. One question that has puzzled astronomers for decades is how dust grains come together and stick together to form terrestrial planets. Here, Luca Ricci, an astronomer at California State University, explains how the ngVLA will help scientists to unveil the truth of how terrestrial planets are born.

The dusty disks that orbit young stars are the cradles of planets. They form along with the star and contain tiny grains of dust floating through huge amounts of gas. Once in a while two or more of these dust grains meet each other and can clump together, paving the way towards the formation of larger and larger bodies, and eventually planets. Since all of this happens in a bath of gas, understanding the physical conditions and motions of the gas is key to understanding how the dust grains move through it, and therefore the dynamics of dust collisions.

Theoretical models of these young disks suggest that, due to high gas temperatures and interaction with the local magnetic fields, gas in the disk region closest to the star should be highly turbulent, with strong chaotic motions. The gas just outside these regions should be colder and much less turbulent. Astronomers call these calmer areas “dead zones.”

This shift in the behavior of the gas across the boundary between active and dead zones can have significant consequences on the motion and collisions between dust grains. In a recent article my colleagues and I have presented the results from new models that follow the motion and encounters of dust grains across the active and dead zones of disks. These models focus on disks orbiting Herbig Ae/Be stars, which are luminous young stars a bit more massive than the Sun. These models show that the interaction between gas and dust can generate a significant accumulation of dust grains in the interface region which results in the formation of bright rings with a strong emission of radio light from the dust grains at millimeter wavelengths.

In the future, ngVLA will have enough sensitivity and resolution to detect and resolve these rings in disks in nearby star-forming regions. These future observations should shed light on the accumulation of dust grains in the inner regions of young disks, which is a necessary early step towards the formation of terrestrial planets.