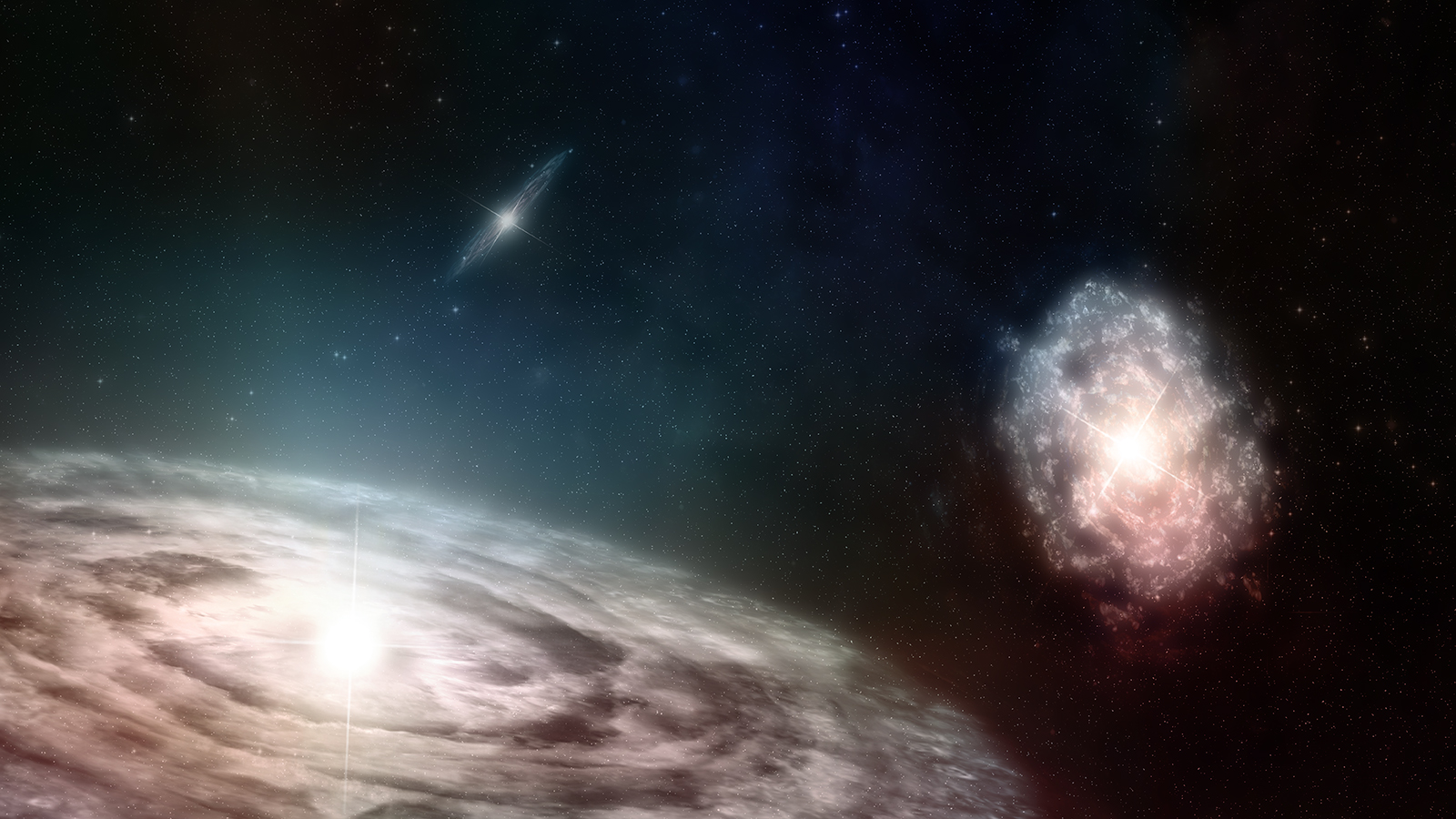 Artist’s depiction of a protoplanetary disks a misalignment between their velocity gradients and their disk and/or outflow orientations. Credit: Melissa Weiss

The formation of a star has a simple tale. A region of interstellar gas collapses under its own weight, eventually forming a dense protostar surrounded by a disk of gas and dust. The protostar and the disk rotate in the same plane, and often jets of gas stream from the poles of the protostar. Eventually, the protostar becomes dense enough and hot enough to be a true star, and a system of planets can form within the disk. While broadly true, the real origin of stars is more complex, particularly if protostars are part of binary or multiple systems.

One way to understand the complexities of star formation is to look at the motion of the gas surrounding protostars. This motion can be studied by looking at the radio light it emits, particularly the emission lines of certain molecules. Astronomers can measure gas motion by looking at how emission lines are redshifted or blueshifted.

In a recent study, Erica Behrens and her colleagues looked at 4 protostellar cores in the Perseus Molecular Cloud. They looked at the motion of gas surrounding these cores through the spectral lines of a molecule known as N2H+. Also known as diazenylium, it is an ion with bright emission lines, allowing astronomers to see deep into molecular clouds. Using observations from the Atacama Large Millimeter/submillimeter Array (ALMA) and the Green Bank Telescope (GBT), Erica and her team measured the gas velocities around the protostars.

They found that one of the protostars has a traditional disk as you might expect. But the three others are part of a trinary system, and the gas motion surrounding them isn’t clear. What does seem clear is that the gas motion is too chaotic to be explained by rotation alone and that N2H+ observations are not tracing core rotation alone. With further study, Erica and her team should be able to learn more about this system, such as where gas is streaming into or flowing out of it, and how the three protostars interact over time.

Erica presented these results at AAS 241.