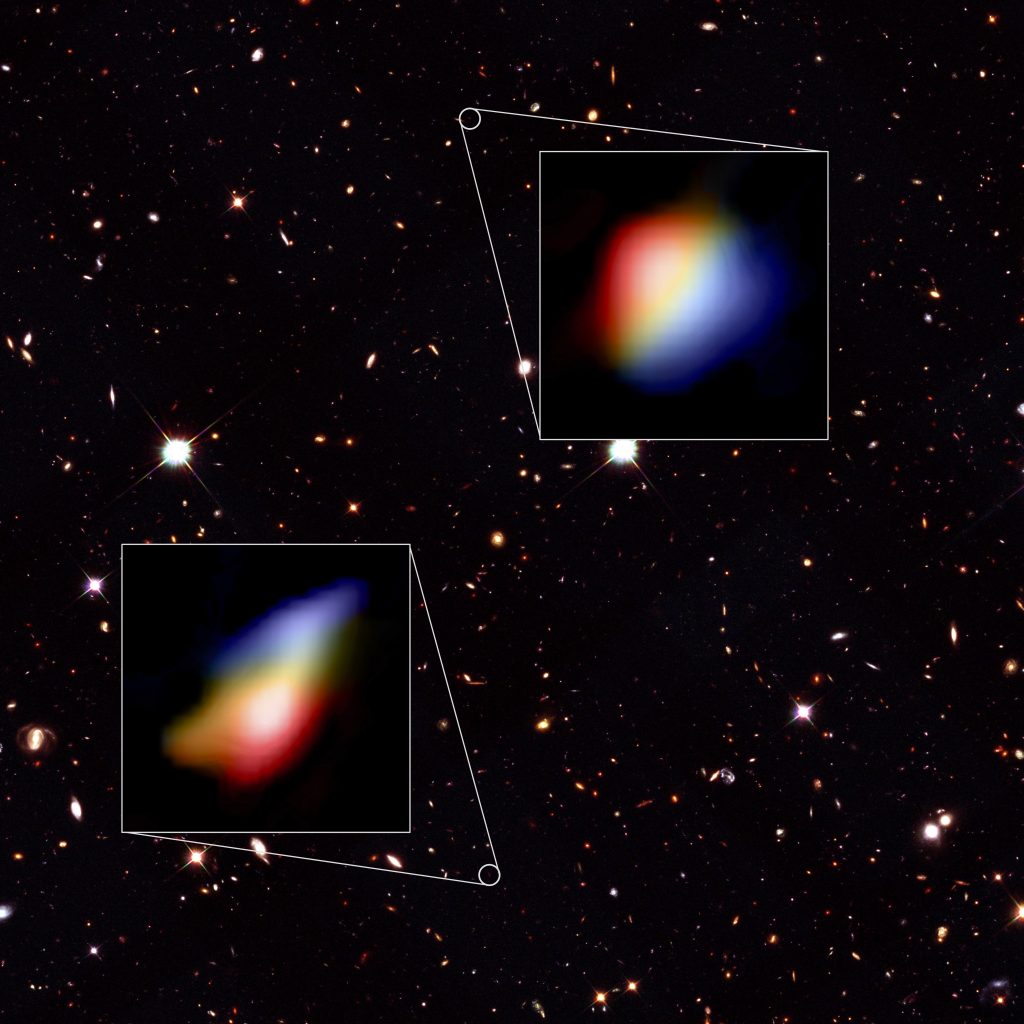 Astronomers have looked back to a time soon after the Big Bang, and have discovered swirling gas in some of the earliest galaxies to have formed in the Universe. These ‘newborns’ – observed as they appeared nearly 13 billion years ago – spun like a whirlpool, similar to our own Milky Way.

An international team led by Renske Smit from the Kavli Institute of Cosmology at the University of Cambridge used the Atacama Large Millimeter/submillimeter Array (ALMA) to open a new window onto the distant Universe, and have identified normal star-forming galaxies at a very early stage in cosmic history. The results are reported in the journal Nature, and will be presented at the 231st meeting of the American Astronomical Society.

Light from distant objects takes time to reach Earth, so observing objects that are billions of light years away enables us to look back in time and directly observe the formation of the earliest galaxies. The Universe at that time, however, was filled with an obscuring “haze” of neutral hydrogen gas, which makes it difficult to see the formation of the very first galaxies with optical telescopes.

Smit and her colleagues used ALMA to observe two small newborn galaxies, as they existed just 800 million years after the Big Bang. By analyzing the spectral ‘fingerprint’ of the far-infrared light collected by ALMA, they were able to establish the distance to the galaxies and, for the first time, see the internal motion of the gas that fueled their growth.

The researchers found that the gas in these newborn galaxies swirled and rotated in a whirlpool motion, similar to our own galaxy and other, more mature galaxies much later in the Universe’s history. Despite their relatively small size – about five times smaller than the Milky Way – these galaxies were forming stars at a higher rate than other young galaxies, but the researchers were surprised to discover that the galaxies were not as chaotic as expected.

“In the early Universe, gravity caused gas to flow rapidly into the galaxies, stirring them up and forming lots of new stars – violent supernova explosions from these stars also made the gas turbulent,” said Smit, who is a Rubicon Fellow at Cambridge, sponsored by the Netherlands Organisation for Scientific Research. “We expected that young galaxies would be dynamically ‘messy’, due to the havoc caused by exploding young stars, but these mini-galaxies show the ability to retain order and appear well regulated. Despite their small size, they are already rapidly growing to become one of the ‘adult’ galaxies like we live in today.”

The data from this project on small galaxies paves the way for larger studies of galaxies during the first billion years of cosmic time.

The research was funded in part by the European Research Council and the UK Science and Technology Facilities Council (STFC). 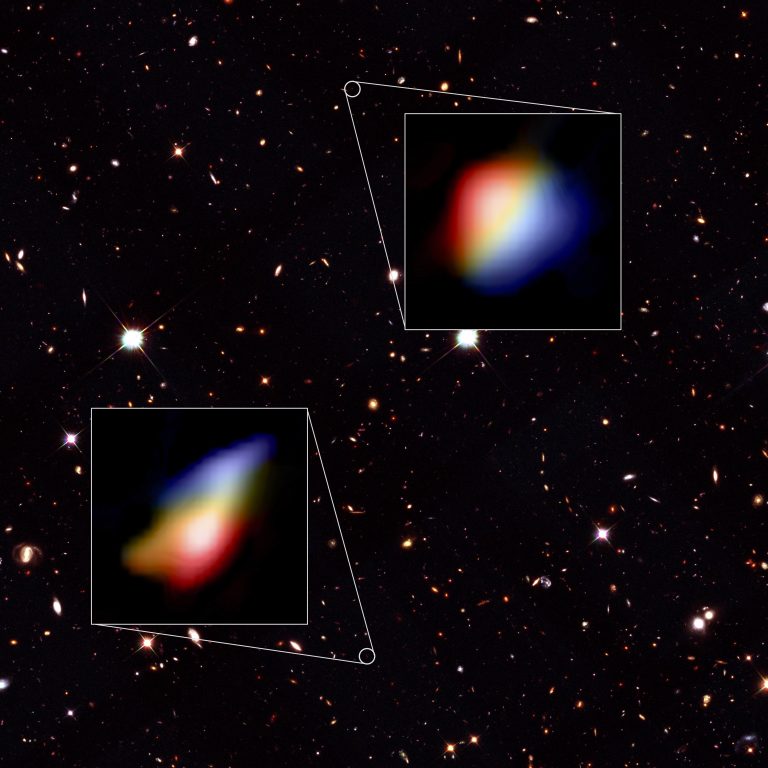 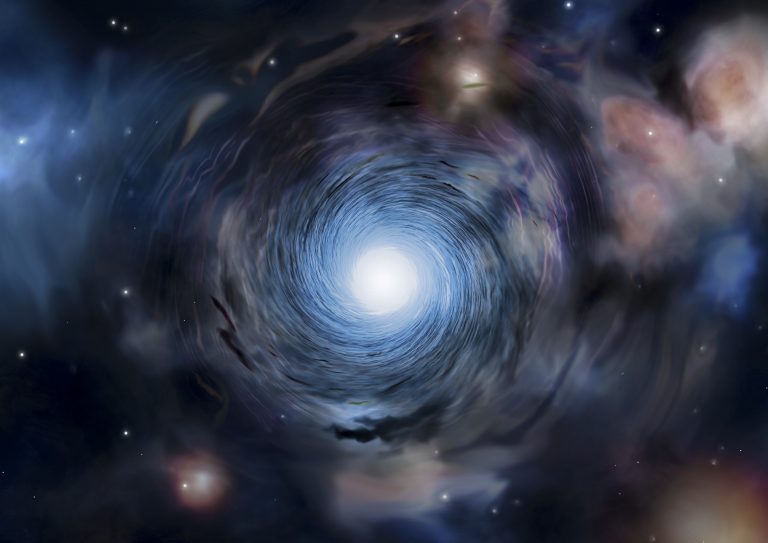 Artist impression of a rotating galaxy in the early universe.
Credit: Institute of Astronomy, Amanda Smith 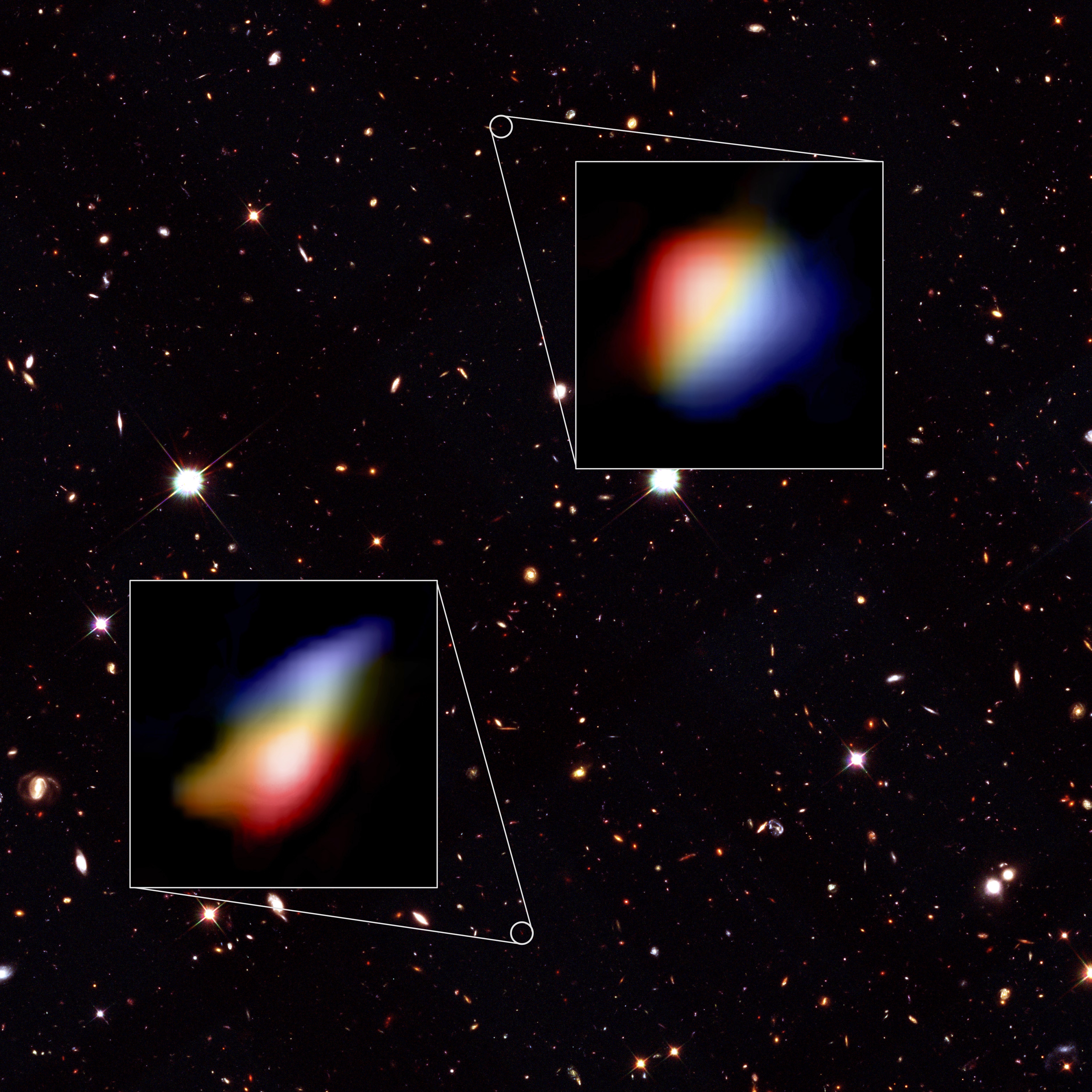 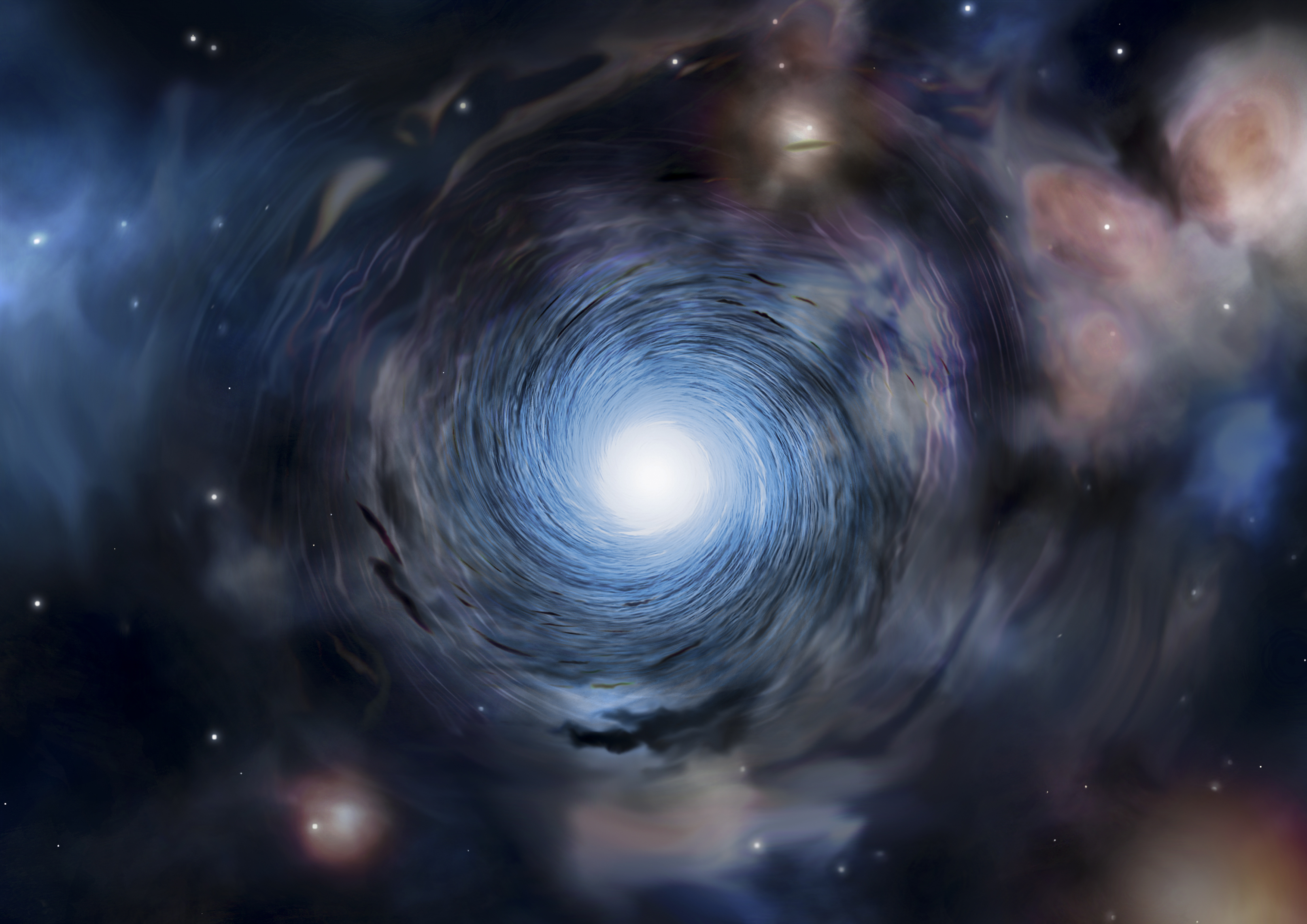