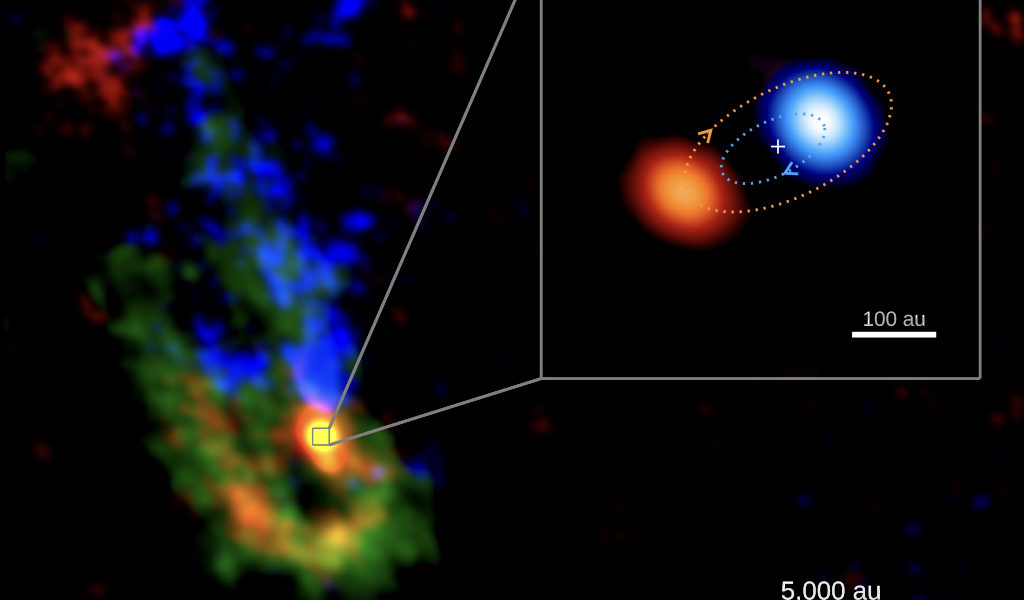 Using the Atacama Large Millimeter/submillimeter Array (ALMA)Atacama Large Millimeter/submillimeter Array (ALMA)Funded by the U.S. National Science Foundation and its international partners (NRAO/ESO/NAOJ), ALMA is among the most complex and powerful astronomical observatories on Earth or in space. The telescope is an array of 66 high-precision dish antennas in northern Chile. , astronomers have observed the formation and mutually entwined motions of a massive binaryBinaryTwo stars in the same system that orbit around a common center of mass due to their mutual gravity. Binary stars are twins in the sense that they formed together out of the same interstellar cloud. Most stars in our galaxy have a binary companion. star system.

The results, published in Nature Astronomy, provide strong evidence that the two sibling stars formed as the result of disk fragmentation – or the breaking apart of a protoplanetary diskProtoplanetary DiskThe swirling disk of dust and gas that collapsed from a much larger cloud of material that will eventually evolve into a fully fledged planetary system. Features in the disk may already herald the presence of young planets. to form a pair of massive stars in orbit around each other.

“Massive stars are important throughout the universe, including for producing the heavy elements that make up our Earth and are in our bodies, but their formation mechanism is literally shrouded in mystery, being so deeply embedded in dusty clouds,” said Jonathan Tan, an astronomer at the University of Virginia in Charlottesville, Virginia, and co-author on the paper.

Unlike our solitary Sun, many star systems, particularly massive star system, form in pairs. But questions remain about how these binary systems form and evolve: Are the stars born together from a common spiraling gas disk at the center of a collapsing cloud or do they pair up later by chance encounters in a crowded star cluster?

Answering this question has been difficult because the protostars in these systems are still enveloped in a thick cloud of gas and dust. Longer millimeter-wavelength light, however, is able to pass through the dust, enabling ALMA to observe star-forming regions in amazing detail. The new observations show that even at this early stage of development, the cloud contains both a massive “primary” central star and another “secondary” high-mass star.

The system, known as IRAS07299-1651, is located about 5,500 light-years from Earth. The two protostars are quite far apart — about 180 astronomical unitsAstronomical unitAstronomical unit (AU): A unit of distance equal to the average distance between the Earth and the Sun, or 149.6 million kilometers (93 million miles). , or about six times the distance from the Sun to Neptune, but because the system is very distant, this corresponds to a very small angular separation. The new ALMA data show they orbit about once every 600 years and they have a combined mass at least 18 times that of our Sun.

The full news release can be read here: https://www.almaobservatory.org/en/press-release/spiraling-giants-witnessing-the-birth-of-a-massive-binary-star-system/ 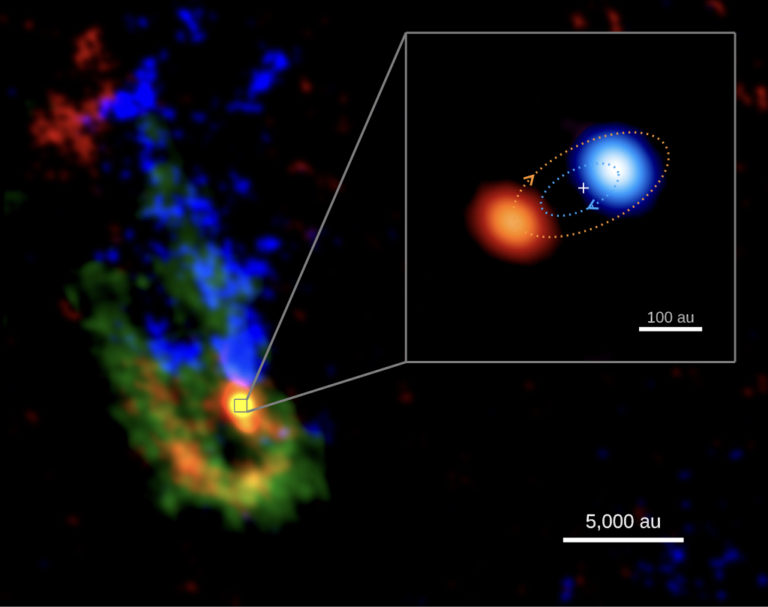 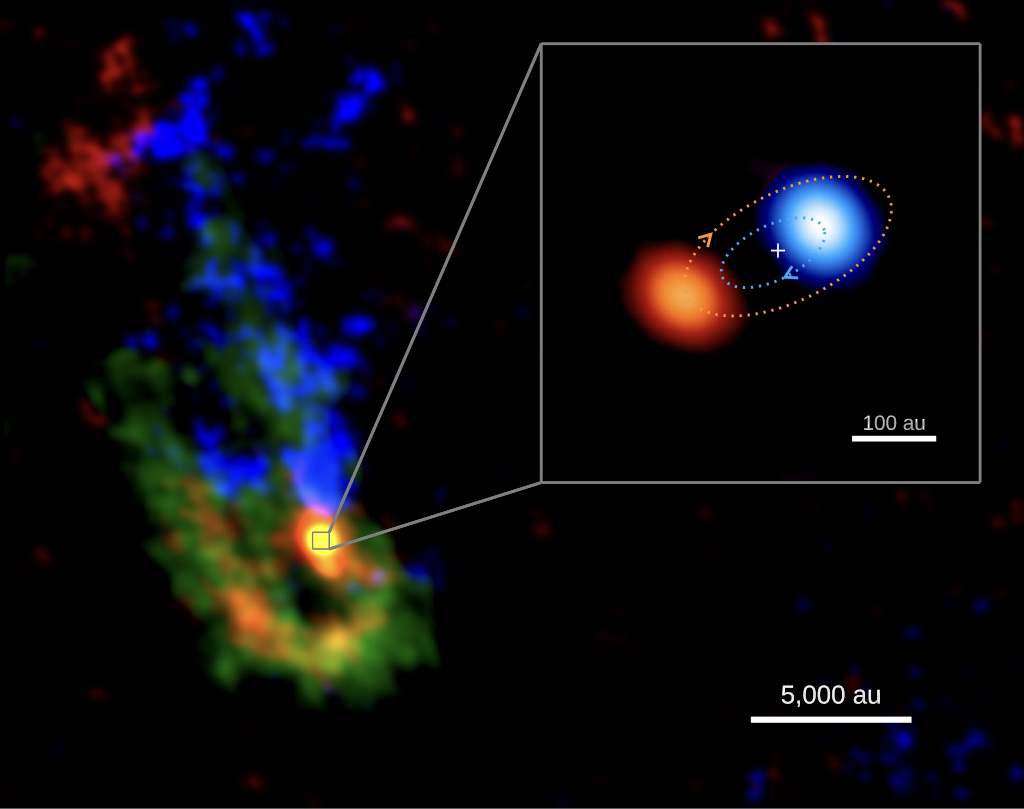