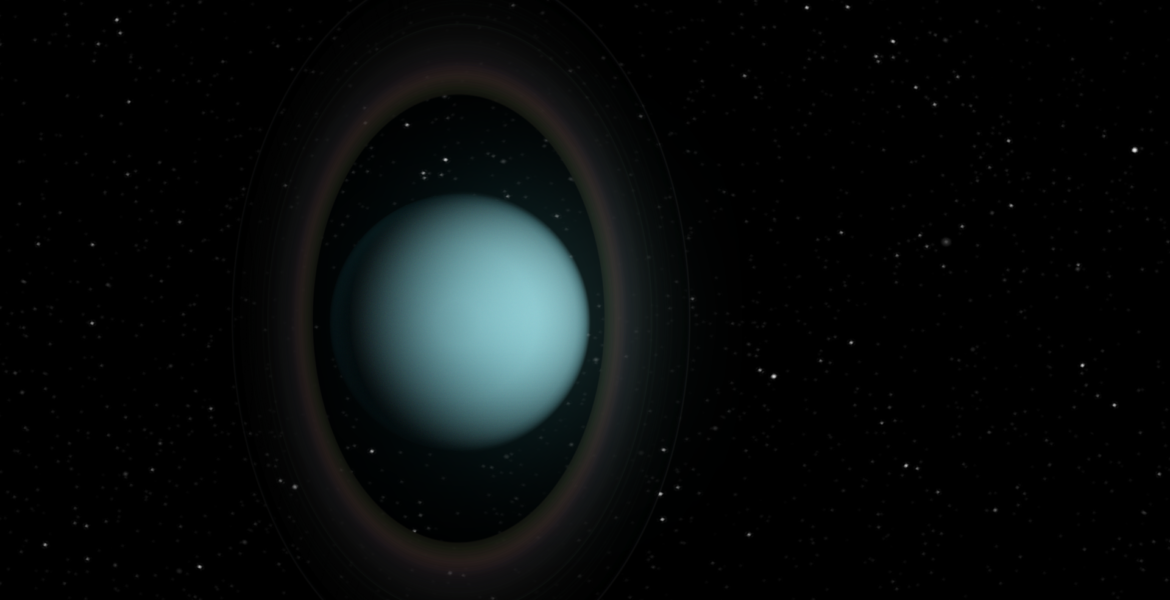 Summary: Using the both ALMA and the VLT, astronomers have imaged the cold, rock-strewn rings encircling the planet Uranus. Rather than observing the reflected sunlight from these rings, ALMA and the VLT imaged the millimeter and mid-infrared “glow” naturally emitted by the frigidly cold particles of the rings themselves.

The rings of Uranus are invisible to all but the largest telescopes — they weren’t even discovered until 1977 — and they stand out as surprisingly bright in new thermal images of the planet taken by two large telescopes in Chile.

The thermal glow gives astronomers another window onto the rings, which have been seen only because they reflect a little light in the visible, or optical, range and in the near-infrared. The new images taken by the Atacama Large Millimeter/submillimeter Array (ALMA)Atacama Large Millimeter/submillimeter Array (ALMA)Funded by the U.S. National Science Foundation and its international partners (NRAO/ESO/NAOJ), ALMA is among the most complex and powerful astronomical observatories on Earth or in space. The telescope is an array of 66 high-precision dish antennas in northern Chile. and the Very Large Telescope (VLT) allowed the team for the first time to measure the temperature of the rings: a cool 77 Kelvin, or 77 degrees above absolute zero — the boiling temperature of liquid nitrogen and equivalent to 320 degrees below zero Fahrenheit.

The observations also confirm that Uranus’s brightest and densest ring, called the epsilon ring, differs from the other known ring systems within our solar system, in particular the spectacularly beautiful rings of Saturn.

“Saturn’s mainly icy rings are broad, bright and have a range of particle sizes, from micron-sized dust in the innermost D ring, to tens of meters in size in the main rings,” said Imke de Pater, a UC Berkeley professor of astronomy. “The small end is missing in the main rings of Uranus; the brightest ring, epsilon, is composed of golf ball-sized and larger rocks.”

By comparison, Jupiter’s rings contain mostly small, micron-sized particles (a micron is a thousandth of a millimeter). Neptune’s rings are also mostly dust, and even Uranus has broad sheets of dust between its narrow main rings.

“We already know that the epsilon ring is a bit weird, because we don’t see the smaller stuff,” said graduate student Edward Molter. “Something has been sweeping the smaller stuff out, or it’s all glomming together. We just don’t know. This is a step toward understanding their composition and whether all of the rings came from the same source material, or are different for each ring.”

Rings could be former asteroids captured by the planet’s gravity, remnants of moons that crashed into one another and shattered, the remains of moons torn apart when they got too close to Uranus, or debris remaining from the time of formation 4.5 billion years ago.

The new data were published this week in The Astronomical Journal. De Pater and Molter led the ALMA observations, while Michael Roman and Leigh Fletcher from the University of Leicester in the United Kingdom led the VLT observations.

“The rings of Uranus are compositionally different from Saturn’s main ring, in the sense that in optical and infrared, the albedo is much lower: they are really dark, like charcoal,” Molter said. “They are also extremely narrow compared to the rings of Saturn. The widest, the epsilon ring, varies from 20 to 100 kilometers wide, whereas Saturn’s are hundreds or tens of thousands of kilometers wide.”

The lack of dust-sized particles in Uranus’s main rings was first noted when Voyager 2 flew by the planet in 1986 and photographed them. The spacecraft was unable to measure the temperature of the rings, however.

To date, astronomers have counted a total of 13 rings around the planet, with some bands of dust between the rings. The rings differ in other ways from those of Saturn.

“It’s cool that we can even do this with the instruments we have,” Molter said. “I was just trying to image the planet as best I could and I saw the rings. It was amazing.”

Both the VLT and ALMA observations were designed to explore the temperature structure of Uranus’ atmosphere, with VLT probing shorter wavelengths than ALMA.

“We were astonished to see the rings jump out clearly when we reduced the data for the first time,” Fletcher said.

This presents an exciting opportunity for the upcoming James Webb Space Telescope, which will be able provide vastly improved spectroscopic constraints on the Uranian rings in the coming decade.

The Berkeley research was funded by the National Aeronautics and Space Administration (NNX16AK14G). Work at the University of Leicester was supported by the European Research Council (GIANTCLIMES) under the European Union’s Horizon 2020 research and innovation program (723890). 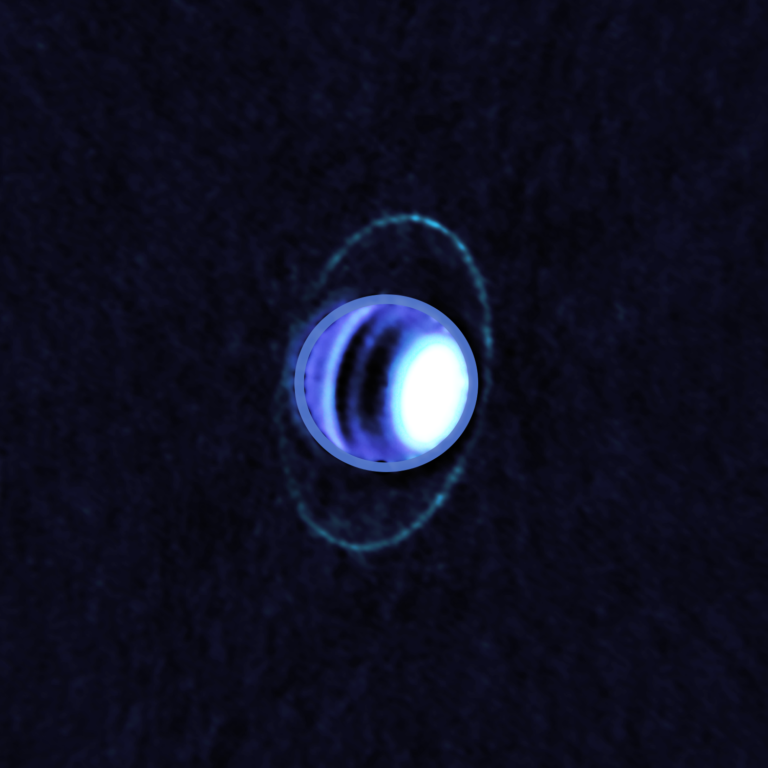 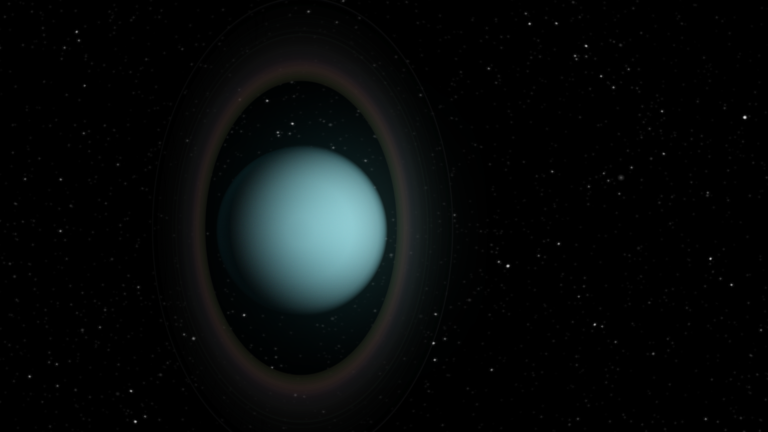 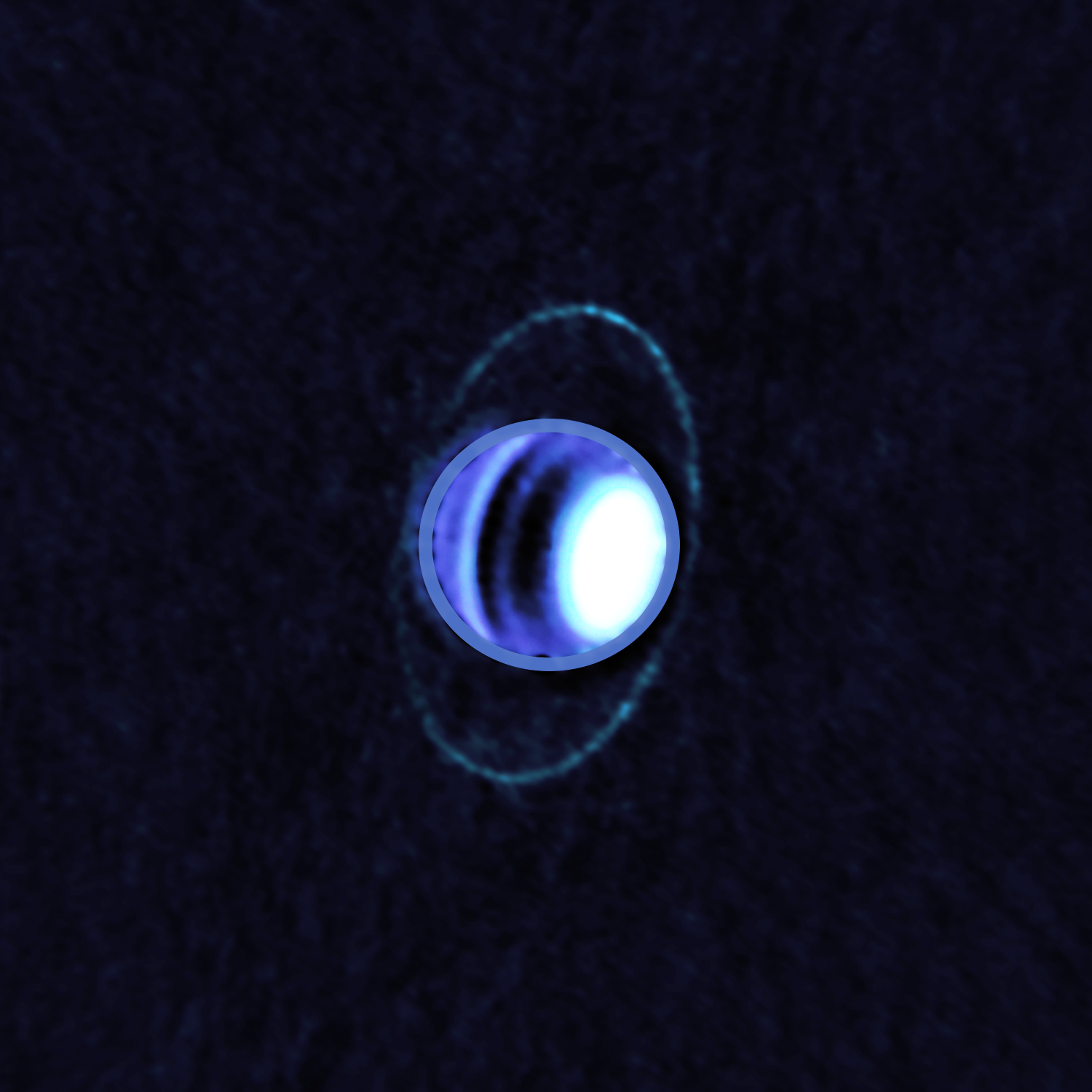 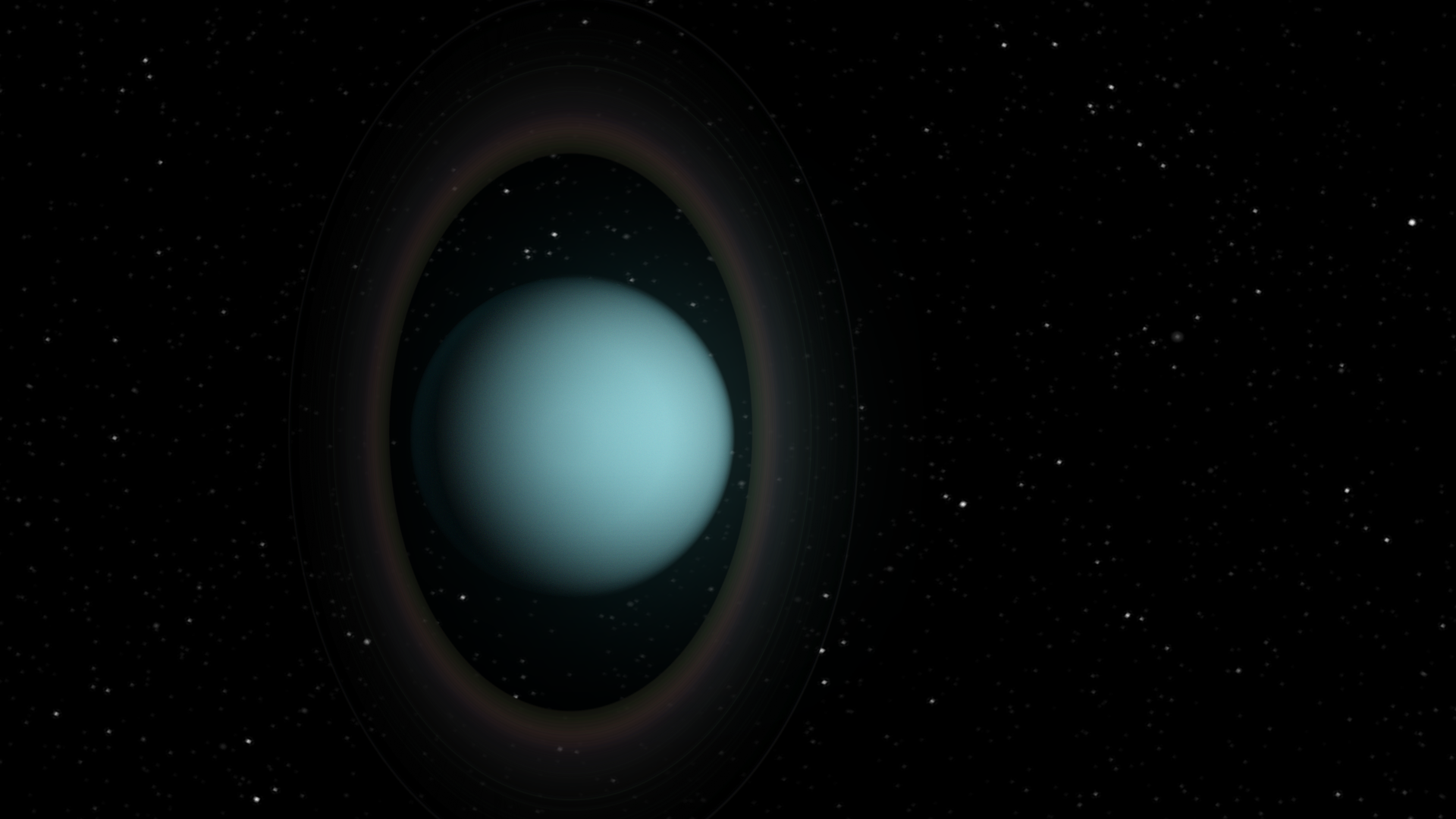