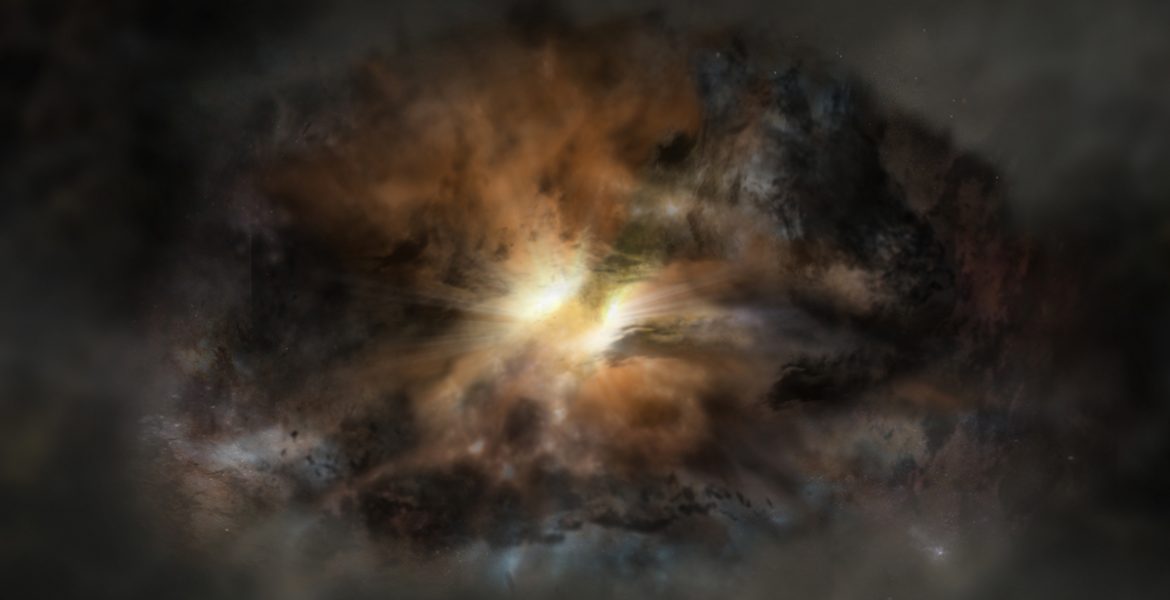 The most luminous galaxy in the Universe – a so-called obscured quasar 12.4 billion light-years away – is so violently turbulent that it may eventually jettison its entire supply of star-forming gas, according to new observations with the Atacama Large Millimeter/submillimeter Array (ALMA).

A team of researchers used ALMA to trace, for the first time, the actual motion of the galaxy’s interstellar medium – the gas and dust between the stars. What they found, according to Tanio Díaz-Santos of the Universidad Diego Portales in Santiago, Chile, is a galaxy “so chaotic that it is ripping itself apart.”

Evidence strongly suggests that this galaxy is an obscured quasar, a very distant galaxy with a voraciously feeding supermassive black hole at its center that is completely obscured behind a thick blanket of dust.

This galaxy’s startling brightness is powered by a tiny, yet incredibly energetic disk of gas that is being superheated as it spirals in on the supermassive black hole. The light from this blazingly bright accretion disk is then absorbed by the surrounding dust, which re-emits the energy as infrared light.

“These properties make this object a beast in the infrared,” said Roberto Assef, an astronomer with the Universidad Diego Portales and leader of the ALMA observing team. “The powerful infrared energy emitted by the dust then has a direct and violent impact on the entire galaxy, producing extreme turbulence throughout the interstellar medium.”

The astronomers compare this turbulent action to a pot of boiling water. If these conditions continue, they say, the galaxy’s intense infrared radiation will boil away all of its interstellar gas.

This galaxy belongs to a very unusual type of quasar known as Hot, Dust-Obscured Galaxies or Hot DOGs. These objects are very rare; only 1 out of every 3,000 quasars observed by WISE belongs to this class.

The astronomers used ALMA to precisely map the motion of ionized carbon atoms throughout the entire galaxy. These atoms, which are tracers for interstellar gas, naturally emit infrared light, which becomes shifted to millimeter wavelengths as it travels the vast cosmic distances to Earth due to the expansion of the Universe.

“Large amounts of ionized carbon were found in an extremely turbulent dynamic state throughout the galaxy,” Díaz-Santos describes. The data reveal that this interstellar material is careening anywhere from 500 to 600 kilometers per second across the entire galaxy.

The astronomers believe that this turbulence is primarily due to the fact that the region around the black hole is at least 100 times more luminous than the rest of the galaxy combined; in other quasars, the proportion is much more modest. This intense yet localized radiation exerts tremendous pressure on the entire galaxy, to potentially devastating effect.

“We suspected that this galaxy was in a transformative stage of its life because of the enormous amount of infrared energy discovered with WISE,” said Peter Eisenhardt with NASA’s Jet Propulsion Laboratory in Pasadena, Calif. “Now ALMA has shown us that the raging furnace in this galaxy is making the pot boil over.”

Current models of galactic dynamics combined with the ALMA data indicate that this galaxy is unstable and its interstellar gas is being blown away in all directions. This suggests that the galaxy’s Hot DOG days are numbered as it matures into a more traditional unobscured quasar.

“If this pattern continues, it is possible that in the future W2246 ends up shedding a large part of the gas and dust it contains,” concludes Manuel Aravena also from the Universidad Diego Portales. “Only ALMA, with its unparalleled resolution, can allow us to see this object in high definition and fathom such an important episode in the life of this galaxy.”

This research is in a paper “The Strikingly Uniform, Highly Turbulent Interstellar Medium of The Most Luminous Galaxy in the Universe”, by T. Díaz-Santos et al., and will be published in the journal Astrophysical Journal Letters. 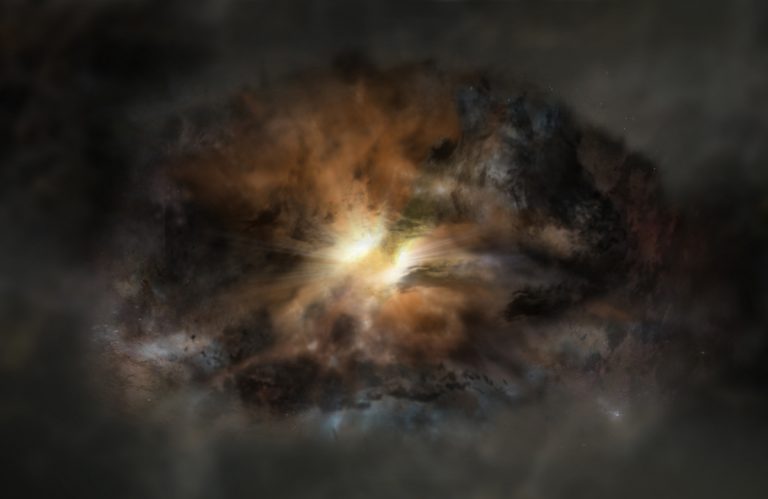 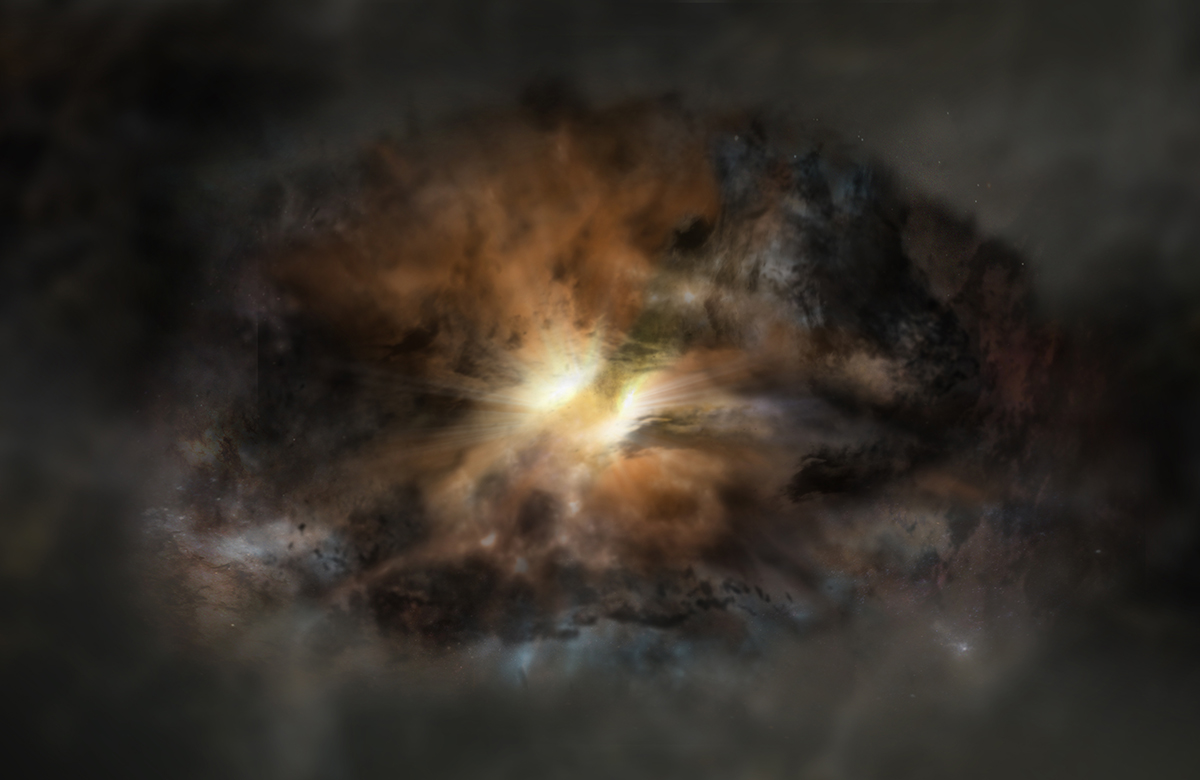