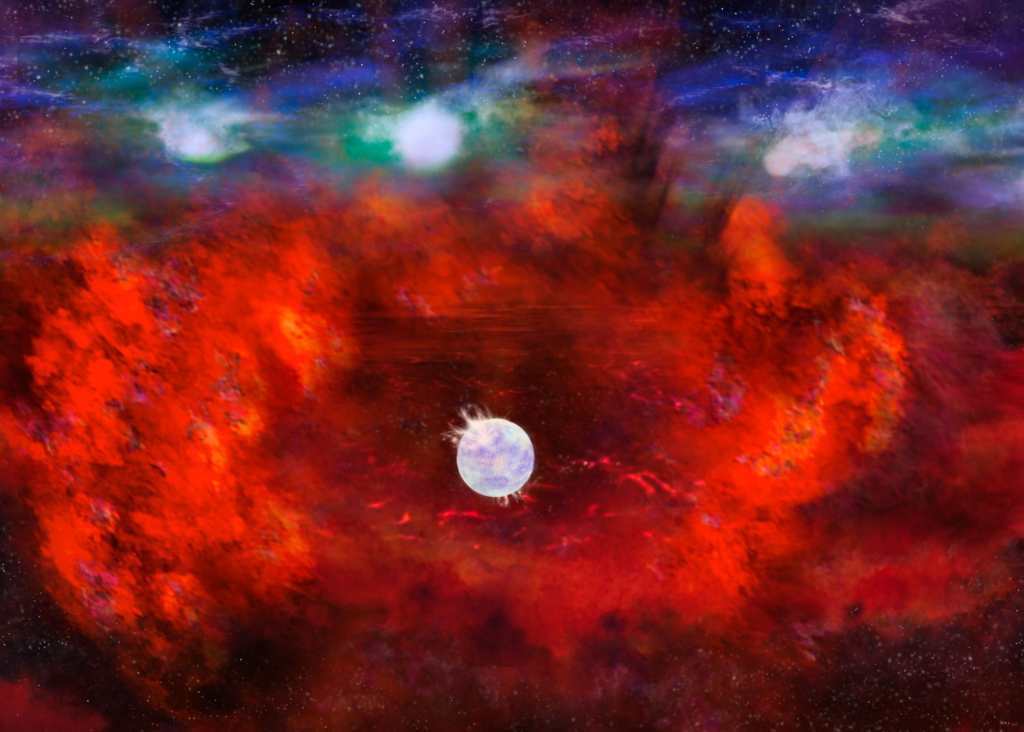 Two teams of astronomers have made a compelling case in the 33-year-old mystery surrounding Supernova 1987A. Based on observations of the Atacama Large Millimeter/submillimeter Array (ALMA)Atacama Large Millimeter/submillimeter Array (ALMA)Funded by the U.S. National Science Foundation and its international partners (NRAO/ESO/NAOJ), ALMA is among the most complex and powerful astronomical observatories on Earth or in space. The telescope is an array of 66 high-precision dish antennas in northern Chile. and a theoretical follow-up study, the scientists provide new insight for the argument that a neutron star is hiding deep inside the remains of the exploded star. This would be the youngest neutron star known to date.

Ever since astronomers witnessed one of the brightest explosions of a star in the night sky, creating SupernovaSupernovaThe extremely violent explosion of a star many times more massive than our Sun after the nuclear furnace at its core can no longer balance out the force of gravity. During this explosion, these stars may become as bright as all the other stars in a galaxy combined, and in which a great deal of matter is thrown off into space at high velocity and high energy. The remnant of these massive stars collapse into either a neutron star or a black hole. 1987A (SN 1987A), they have been searching for a compact object that should have formed in the leftovers from the blast.

Because particles known as neutrinosNeutrinoA fundamental particle produced by the nuclear reactions in stars. Neutrinos are very hard to detect because the vast majority of them pass completely through the Earth without interacting. were detected on Earth on the day of the explosion (23 February 1987), astronomers expected that a neutron star had formed in the collapsed center of the star. But when scientists could not find any evidence for that star, they started to wonder whether it subsequently collapsed into a black hole instead. For decades the scientific community has been eagerly awaiting a signal from this object that has been hiding behind a very thick cloud of dust.

The “blob”
Recently, observations from the ALMA radio telescope provided the first indication of the missing neutron star after the explosion. Extremely high-resolution images revealed a hot “blob” in the dusty core of SN 1987A, which is brighter than its surroundings and matches the suspected location of the neutron star.

“We were very surprised to see this warm blob made by a thick cloud of dust in the supernova remnant,” said Mikako Matsuura from Cardiff University and a member of the team that found the blob with ALMA. “There has to be something in the cloud that has heated up the dust and which makes it shine. That’s why we suggested that there is a neutron star hiding inside the dust cloud.”

Even though Matsuura and her team were excited about this result, they wondered about the brightness of the blob. “We thought that the neutron star might be too bright to exist, but then Dany Page and his team published a study that indicated that the neutron star can indeed be this bright because it is so very young,” said Matsuura.

Dany Page is an astrophysicist at the National Autonomous University of Mexico, who has been studying SN 1987A from the start. “I was halfway through my PhD when the supernova happened,” he said, “it was one of the biggest events in my life that made me change the course of my career to try to solve this mystery. It was like a modern holy grail.”

The theoretical study by Page and his team, published today in The Astrophysical Journal, strongly supports the suggestion made by the ALMA team that a neutron star is powering the dust blob. “In spite of the supreme complexity of a supernova explosion and the extreme conditions reigning in the interior of a neutron star, the detection of a warm blob of dust is a confirmation of several predictions,” Page explained.

Not a pulsar or a black hole
Contrary to common expectations, the neutron star is likely not a pulsarPulsarA neutron star that emits regular pulses of light towards Earth.. “A pulsar’s power depends on how fast it spins and on its magnetic field strength, both of which would need to have very finely tuned values to match the observations,” said Page, “while the thermal energy emitted by the hot surface of the young neutron star naturally fits the data.”

“The neutron star behaves exactly like we expected,” added James Lattimer of Stony Brook University in New York, and a member of Page’s research team. Lattimer has also followed SN 1987A closely, having published prior to SN 1987A predictions of a supernova’s neutrino signal that subsequently matched the observations. “Those neutrinos suggested that a black hole never formed, and moreover it seems difficult for a black hole to explain the observed brightness of the blob. We compared all possibilities and concluded that a hot neutron star is the most likely explanation.”

This neutron star is a 25 km wide, extremely hot ball of ultra-dense matter. A teaspoon of its material would weigh more than all the buildings within New York City combined. Because it can only be 33 years old, it would be the youngest neutron star ever found. The second youngest neutron star that we know of is located in the supernova remnant Cassiopeia A and is 330 years old.

Only a direct picture of the neutron star would give definite proof that it exists, but for that astronomers may need to wait a few more decades until the dust and gas in the supernova remnant become more transparent.

Detailed ALMA images
Even though many telescopes have made images of SN 1987A, none of them have been able to observe its core with such high precision as ALMA. Earlier (3-D) observations with ALMA already showed the types of molecules found in the supernova remnant and confirmed that it produced massive amounts of dust.

“This discovery builds upon years of ALMA observations, showing the core of the supernova in more and more detail thanks to the continuing improvements to the telescope and data processing,” said Remy Indebetouw of the National Radio Astronomy Observatory and the University of Virginia, who has been a part of the ALMA imaging team.

This research is presented in two papers: 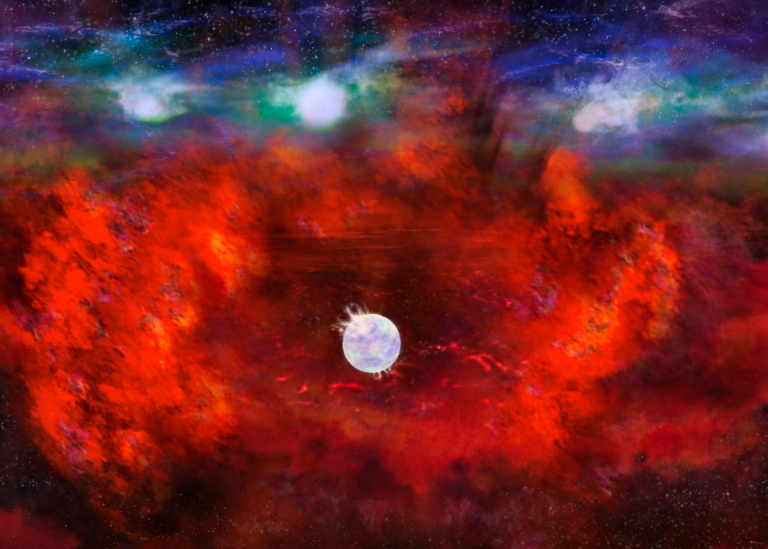 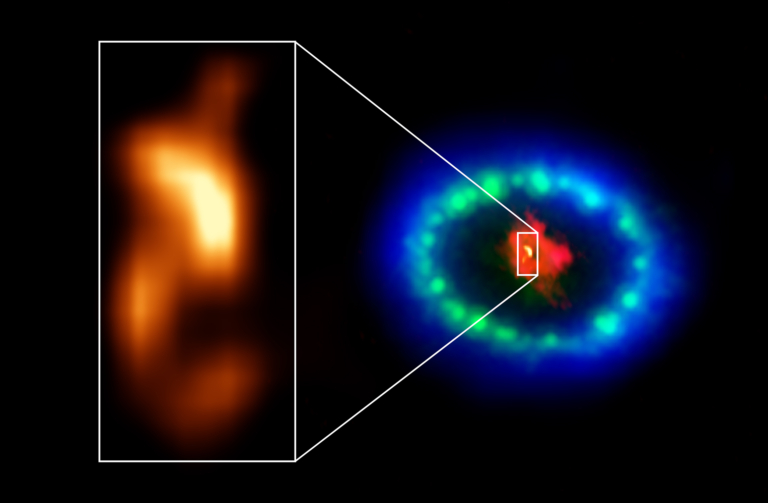 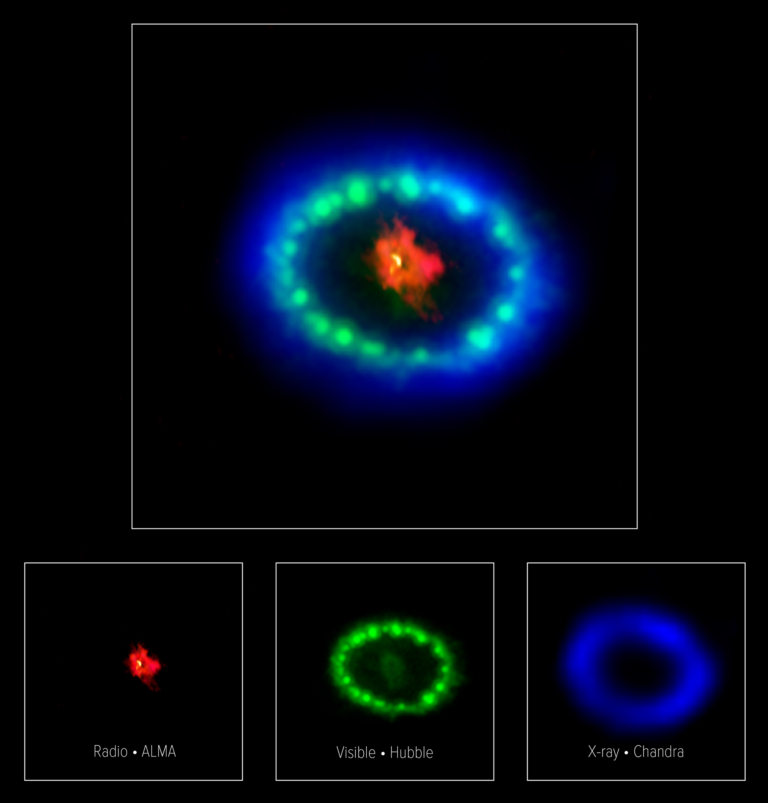 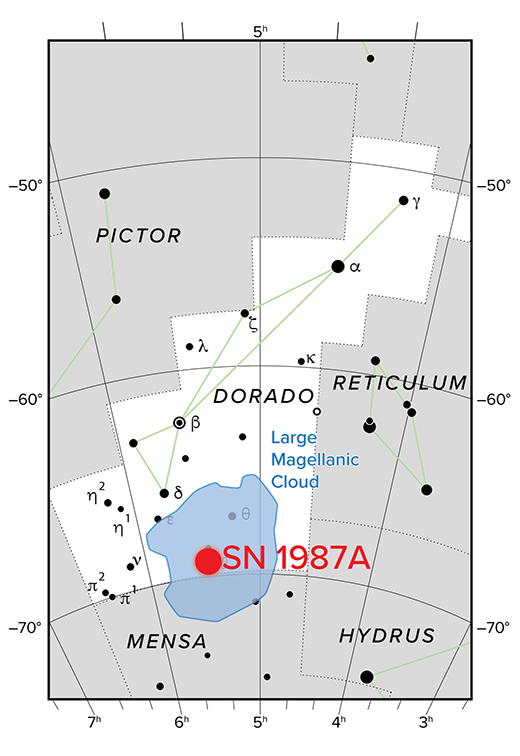 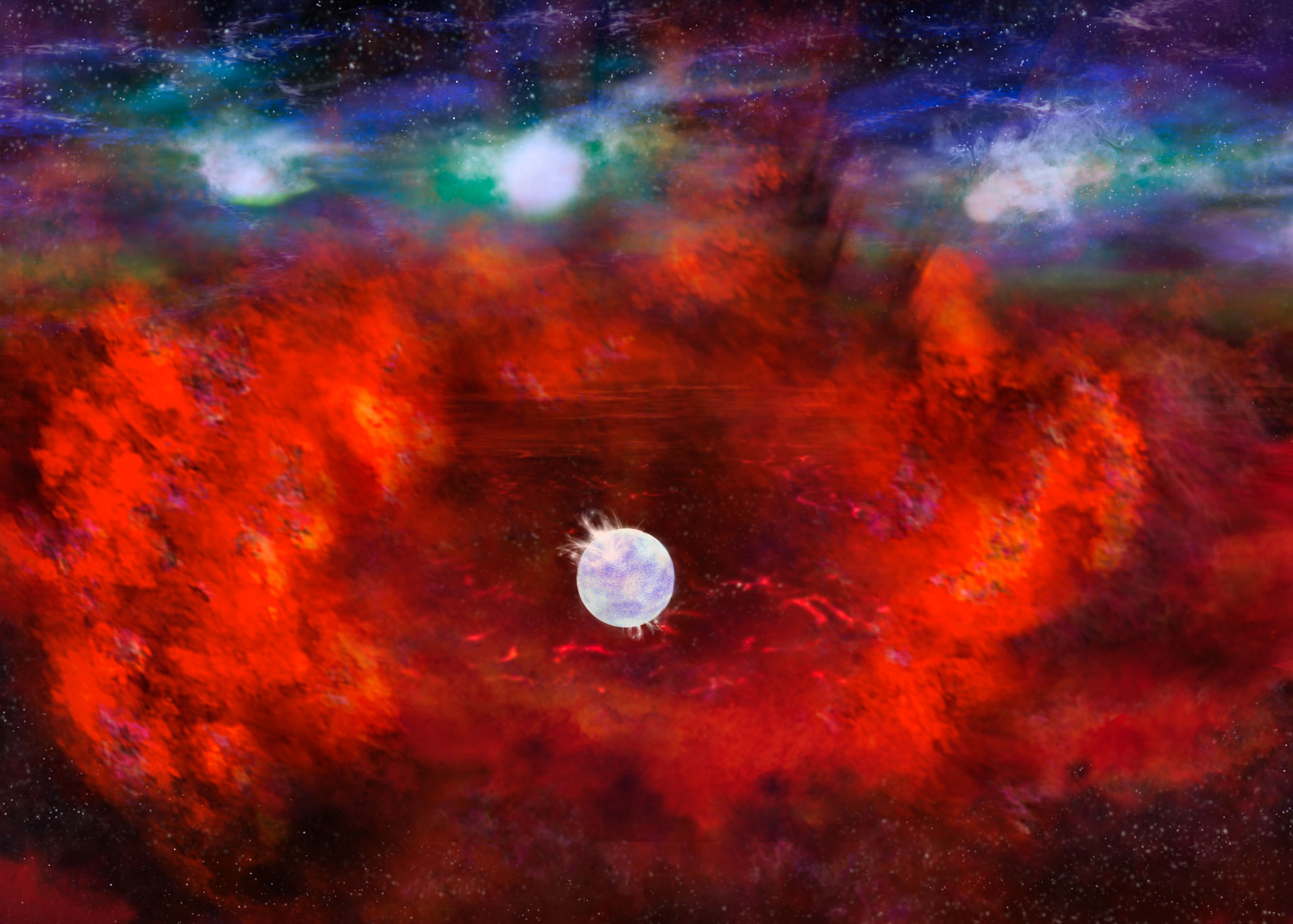 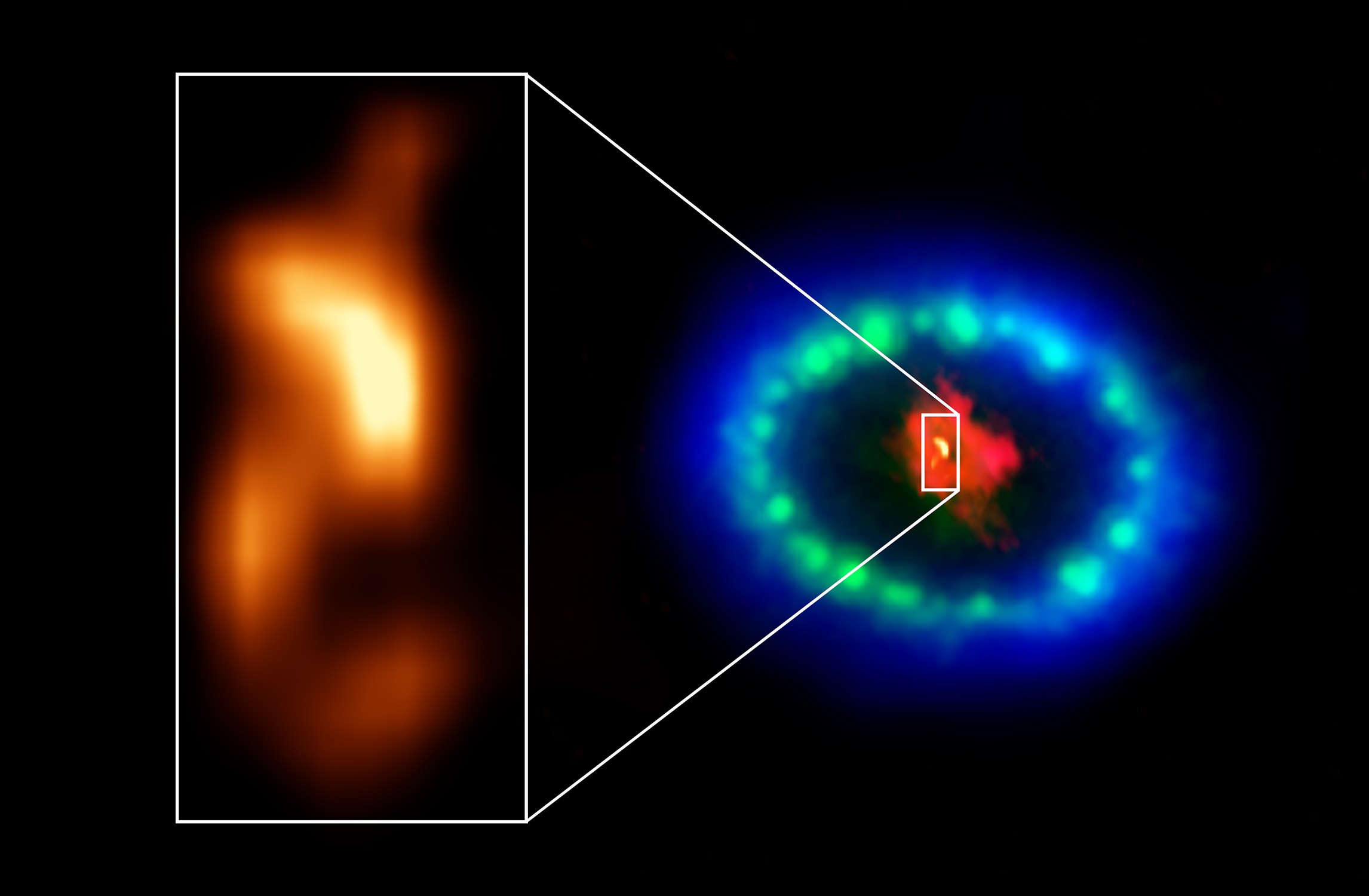 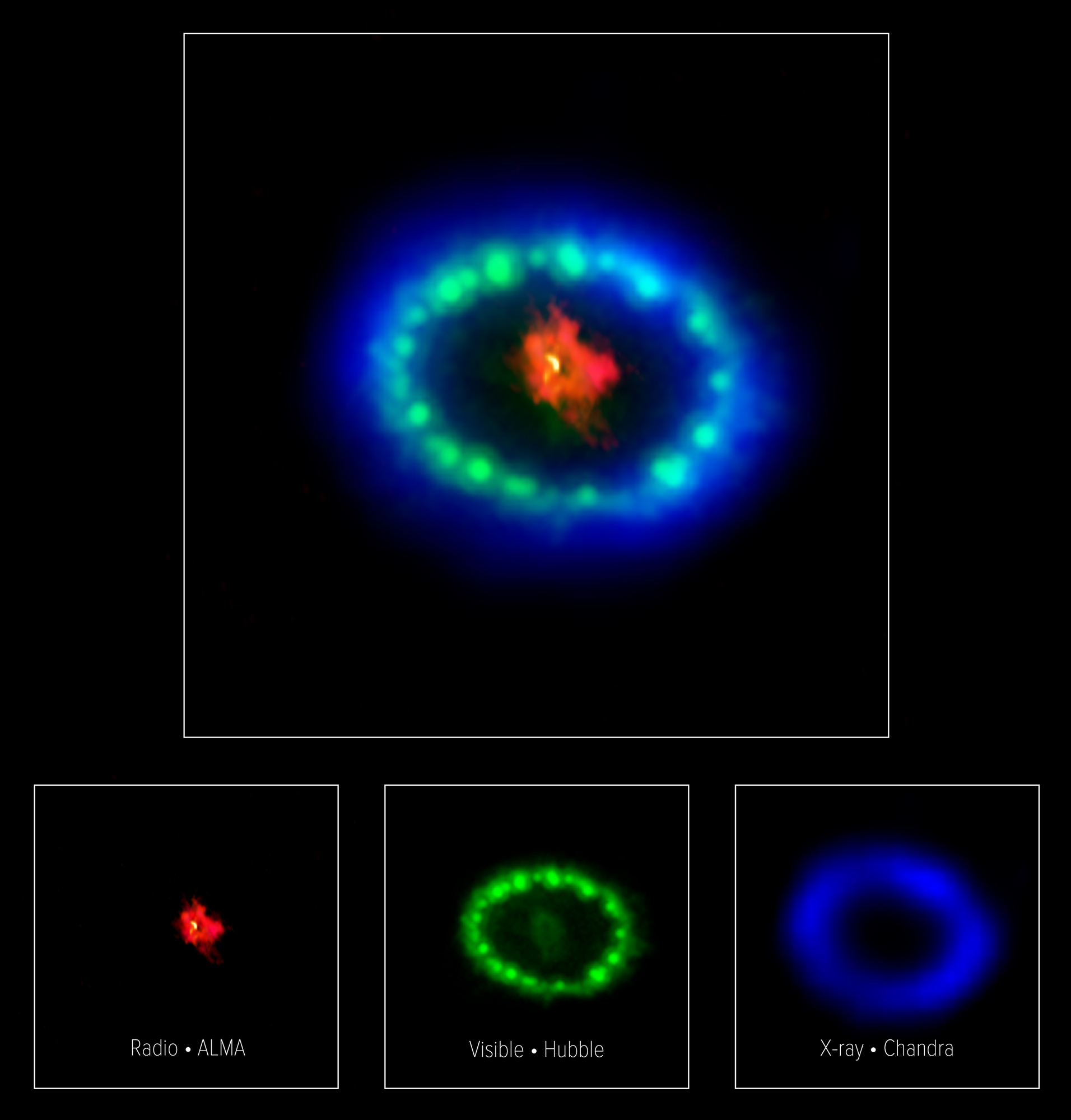