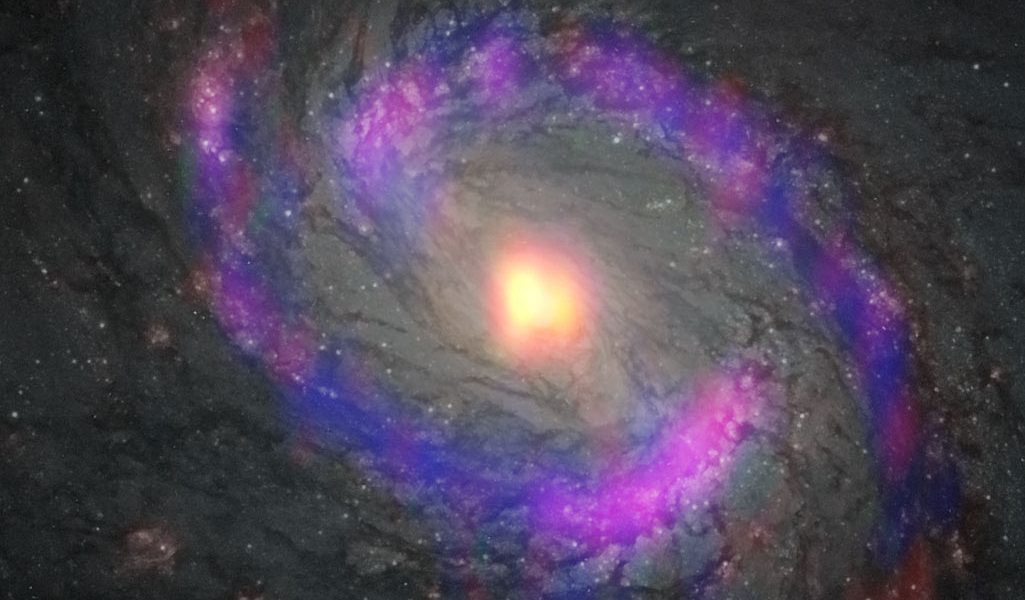 Such complex carbon-based molecules are thought to be easily obliterated by the strong X-rays and ultraviolet (UV) photons that permeate the environment surrounding supermassive black holes. The new ALMA data indicate, however, that pockets of calm exist even in this tumultuous region, most likely due to dense areas of dust and gas that shield molecules from otherwise lethal radiation.

Interstellar gas contains a wide variety of molecules, which differ wildly depending on the environment. For example, high-temperature, active star forming regions produce different molecules than would be found in colder interstellar regions. This enables scientists to probe the temperature and density of certain regions by studying their chemical composition.

Astronomers have long been studying the molecular signatures around supermassive black holes: both nearby starburst regions and surrounding rings of dust and gas known as a circumnuclear disks (CND) that spiral-in to feed an active black hole. These regions are important for understanding the evolution of galaxies. However, weak radio emission from the molecules there often makes observations difficult.

To better understand the complex and energetic environs around a supermassive black hole, the research team — led by Shuro Takano at the National Astronomical Observatory of Japan (NAOJ) and Taku Nakajima at Nagoya University — observed the spiral galaxy M77, which is located about 47 million light-years from Earth in the direction of the constellation Cetus (the Whale).

This galaxy is known to have an actively feeding central black hole, which indicates it has a substantial circumnuclear disk. That disk, in turn, is surrounded by a 3,500 light-year wide starburst ring. To probe these areas, the research team added ALMA’s extreme sensitivity and high-fidelity imaging capabilities to earlier observations conducted by the 45-meter radio telescope at the Nobeyama Radio Observatory of the National Astronomical Observatory of Japan (NAOJ).

The new ALMA observations clearly reveal the distributions of nine types of molecules in the surrounding disk and starburst ring.

“In this observation, we used only 16 antennas, which are about one-fourth of the complete number of ALMA antennas, but it was really surprising that we could get so many molecular distribution maps in less than two hours. We have never obtained such a quantity of maps in one observation,” said Takano, the leader of the research team.

The results clearly show that the molecular distribution varies according to the type of molecule. While carbon monoxide (CO) is distributed mainly in the starburst ring, five types of molecules, including complex organic molecules such as cyanoacetylene (HC3N) and acetonitrile (CH3CN), are concentrated primarily in the CND. In addition, carbon monosulfide (CS) and methanol (CH3OH) are distributed both in the starburst ring and the CND.

“It was quite unexpected that complex molecules with a large number of atoms like acetonitrile and cyanoacetylene are concentrated around the black hole’s disk,” said Nakajima.

The research team speculates that organic molecules remain intact in the CND due to the large amount of gas there, which acts as a barrier for the X-rays and UV photons, while organic molecules cannot survive the exposure to the strong UV photons in the starburst region where the gas density is comparatively lower.

The researchers point out that these results are a significant first step in understanding the structure, temperature, and density of gas surrounding the active black hole in M77. “We expect that future observations with wider bandwidth and higher resolution will show us the whole picture of this region,” said Takano.

“ALMA has launched an entirely new era in astrochemistry,” said Eric Herbst of the University of Virginia in Charlottesville and a member of the research team. “Detecting and tracing molecules throughout the cosmos enables us to learn so much more about otherwise hidden areas, like the regions surrounding the black hole in M77.”

These results were published by Takano et al. as “Distributions of molecules in the circumnuclear disk and surrounding starburst ring in the Seyfert galaxy NGC 1068 observed with ALMA” (in the astronomical journal Publications of the Astronomical Society of Japan (PASJ), issued in August 2014) and by Nakajima et al. “A Multi-Transition Study of Molecules toward NGC 1068 based on High-Resolution Imaging Observations with ALMA” (in PASJ issued in February 2015).

Eric Herbst gratefully acknowledges the support of the National Science Foundation for his astrochemistry program. He also acknowledges support from the NASA Exo-biology and Evolutionary Biology program through a subcontract from Rensselaer Polytechnic Institute.

The Atacama Large Millimeter/submillimeter Array (ALMA), an international astronomy facility, is a partnership of the European Organisation for Astronomical Research in the Southern Hemisphere (ESO), the U.S. National Science Foundation (NSF) and the National Institutes of Natural Sciences (NINS) of Japan in cooperation with the Republic of Chile. ALMA is funded by ESO on behalf of its Member States, by NSF in cooperation with the National Research Council of Canada (NRC) and the National Science Council of Taiwan (NSC) and by NINS in cooperation with the Academia Sinica (AS) in Taiwan and the Korea Astronomy and Space Science Institute (KASI). ALMA construction and operations are led by ESO on behalf of its Member States; by the National Radio Astronomy Observatory (NRAO), managed by Associated Universities, Inc. (AUI), on behalf of North America; and by the National
Astronomical Observatory of Japan (NAOJ) on behalf of East Asia. The Joint ALMA Observatory (JAO) provides the unified leadership and management of the construction, commissioning and operation of ALMA. 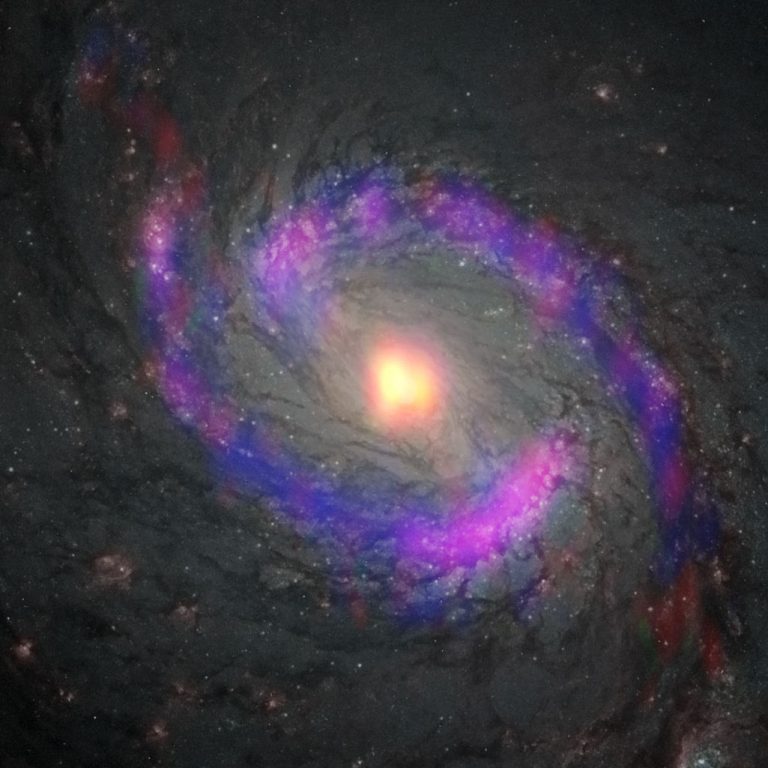 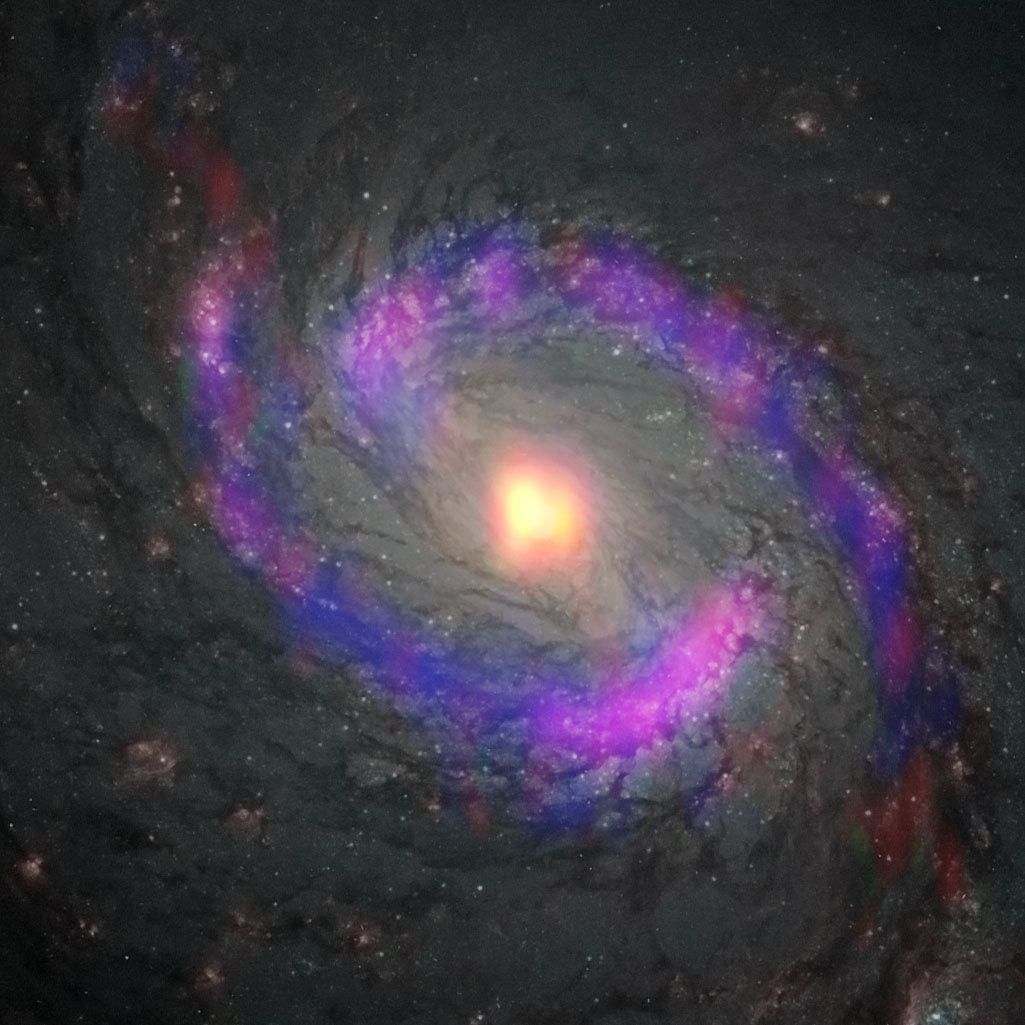