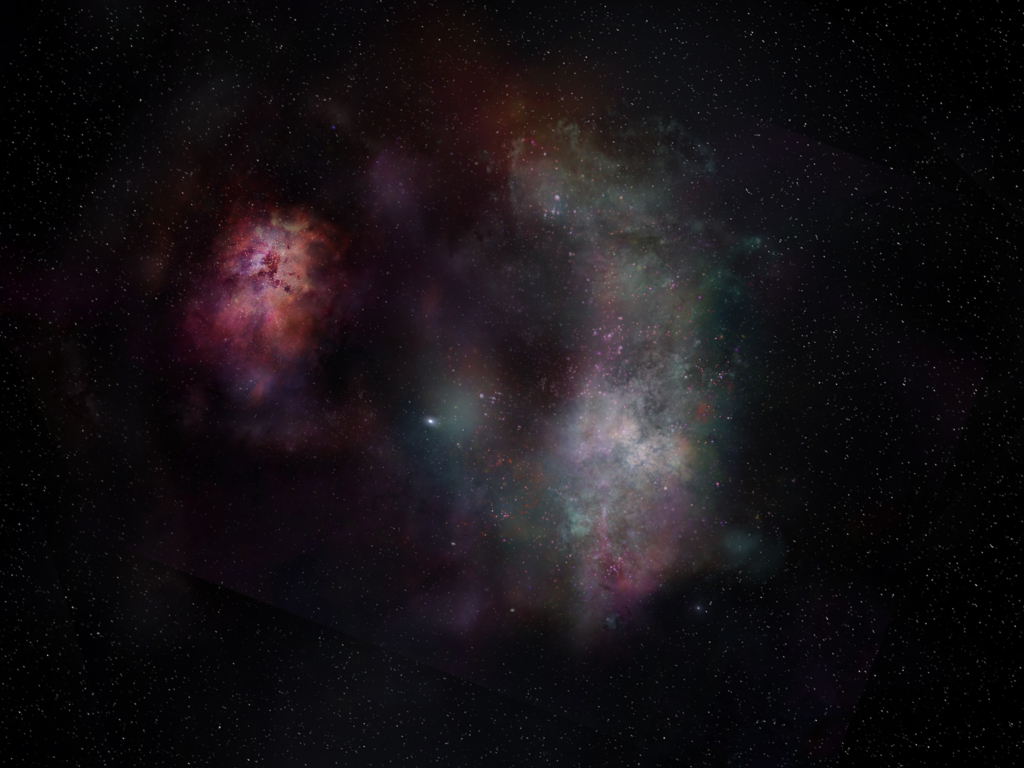 Water has been detected in the most massive galaxy in the early Universe, according to new observations from the Atacama Large Millimeter/submillimeter Array (ALMA). Scientists studying SPT0311-58 found H2O, along with carbon monoxide in the galaxy, which is located nearly 12.88 billion light-years from Earth. Detection of these two molecules in abundance suggests that the molecular Universe was going strong shortly after the elements were forged in early stars. The new research comprises the most detailed study of molecular gas content of a galaxy in the early Universe to date and the most distant detection of H2O in a regular star-forming galaxy. The research is published in The Astrophysical Journal.

SPT0311-58 is actually made up of two galaxies and was first seen by ALMA scientists in 2017 at its location, or time, in the Epoch of Reionization. This epoch occurred at a time when the Universe was just 780 million years old—roughly 5-percent of its current age—and the first stars and galaxies were being born. Scientists believe that the two galaxies may be merging, and that their rapid star formation is not only using up their gas, or star-forming fuel but that it may eventually evolve the pair into massive elliptical galaxies like those seen in the Local Universe.

“Using high-resolution ALMA observations of molecular gas in the pair of galaxies known collectively as SPT0311-58 we detected both water and carbon monoxide molecules in the larger of the two galaxies. Oxygen and carbon, in particular, are first-generation elements, and in the molecular forms of carbon monoxide and water, they are critical to life as we know it,” said Sreevani Jarugula, an astronomer at the University of Illinois and the principal investigator on the new research. “This galaxy is the most massive galaxy currently known at high redshift, or the time when the Universe was still very young. It has more gas and dust compared to other galaxies in the early Universe, which gives us plenty of potential opportunities to observe abundant molecules and to better understand how these life-creating elements impacted the development of the early Universe.”

Water, in particular, is the third most abundant molecule in the Universe after molecular hydrogen and carbon monoxide. Previous studies of galaxies in the local and early Universe have correlated water emission and the far-infrared emission from dust. “The dust absorbs the ultraviolet radiation from the stars in the galaxy and re-emits it as far-infrared photons,” said Jarugula. “This further excites the water molecules, giving rise to the water emission that scientists are able to observe. In this case, it helped us to detect water emissions in this massive galaxy. This correlation could be used to develop water as a tracer of star formation, which could then be applied to galaxies on a cosmological scale.”

Studying the first galaxies to form in the Universe helps scientists to better understand the birth, growth, and evolution of the Universe, and everything in it, including the Solar System and Earth. “Early galaxies are forming stars at a rate thousands of times that of the Milky Way, said Jarugula. “Studying the gas and dust content of these early galaxies informs us of their properties, such as how many stars are being formed, the rate at which gas is converted into stars, how galaxies interact with each other and with the interstellar medium, and more.”

According to Jarugula, there’s plenty left to learn about SPT0311-58 and the galaxies of the early Universe. “This study not only provides answers about where, and how far away, water can exist in the Universe but also has given rise to a big question: How has so much gas and dust assembled to form stars and galaxies so early in the Universe? The answer requires further study of these and similar star-forming galaxies to get a better understanding of the structural formation and evolution of the early Universe.”

“This exciting result, which shows the power of ALMA, adds to a growing collection of observations of the early Universe,” said Joe Pesce, astrophysicist and ALMA Program Director at the National Science Foundation. “These molecules, important to life on Earth, are forming as soon as they can, and their observation is giving us insight into the fundamental processes of a Universe very much different from today’s.” 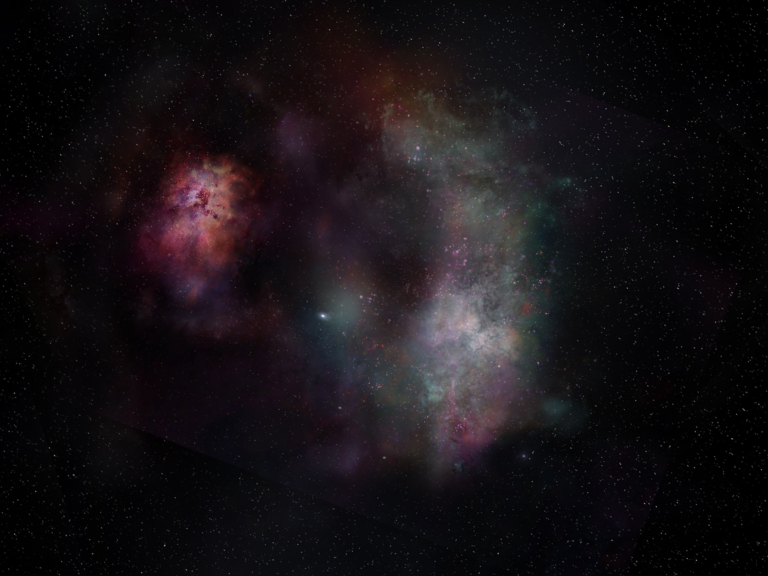 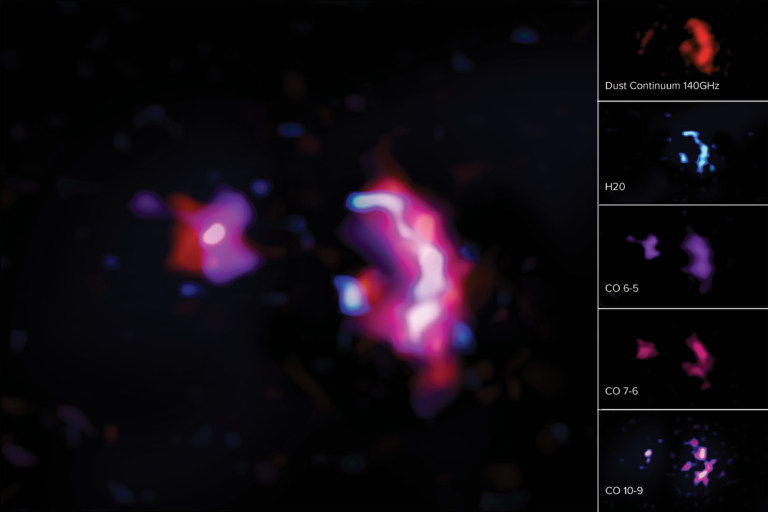 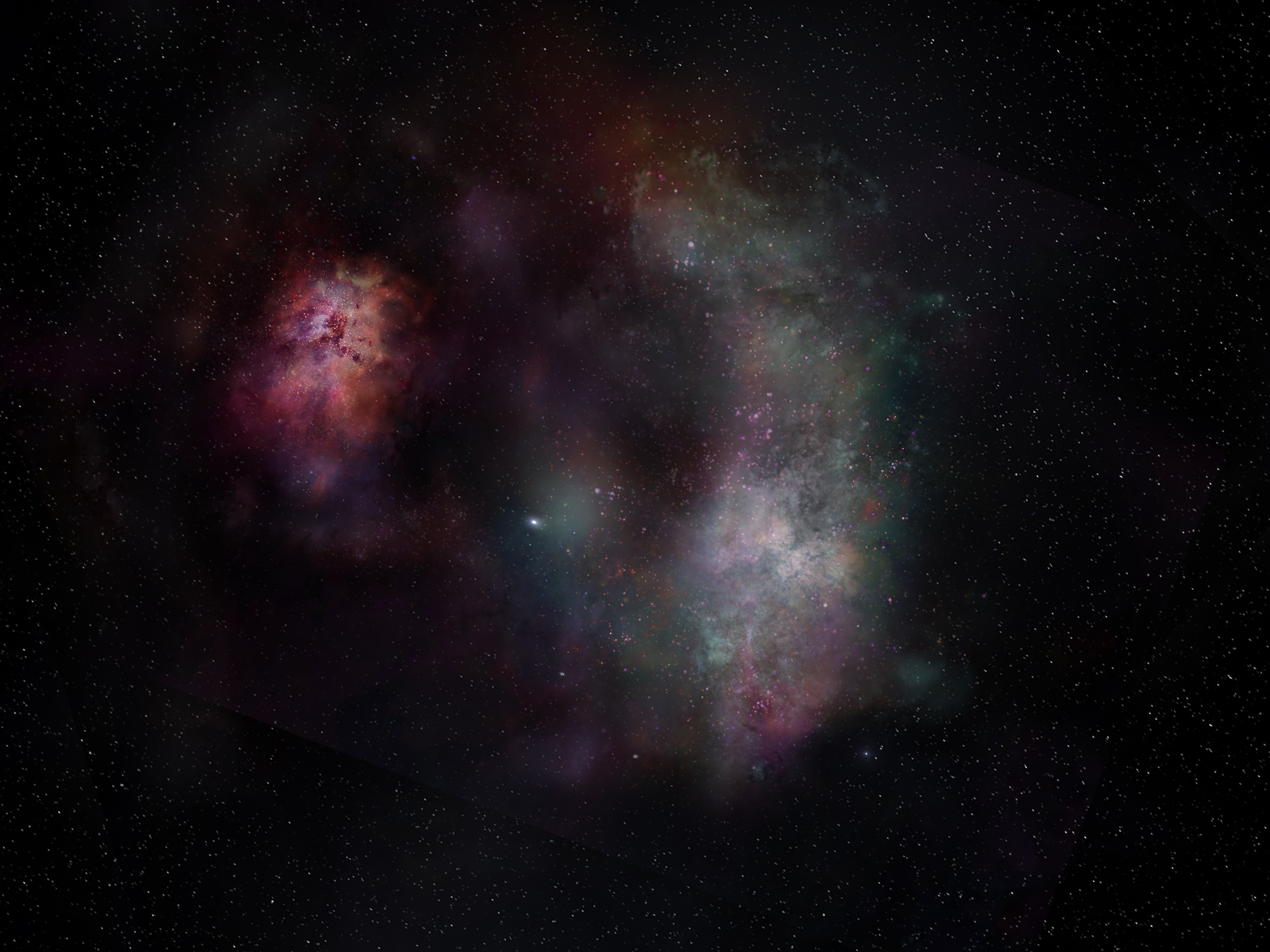 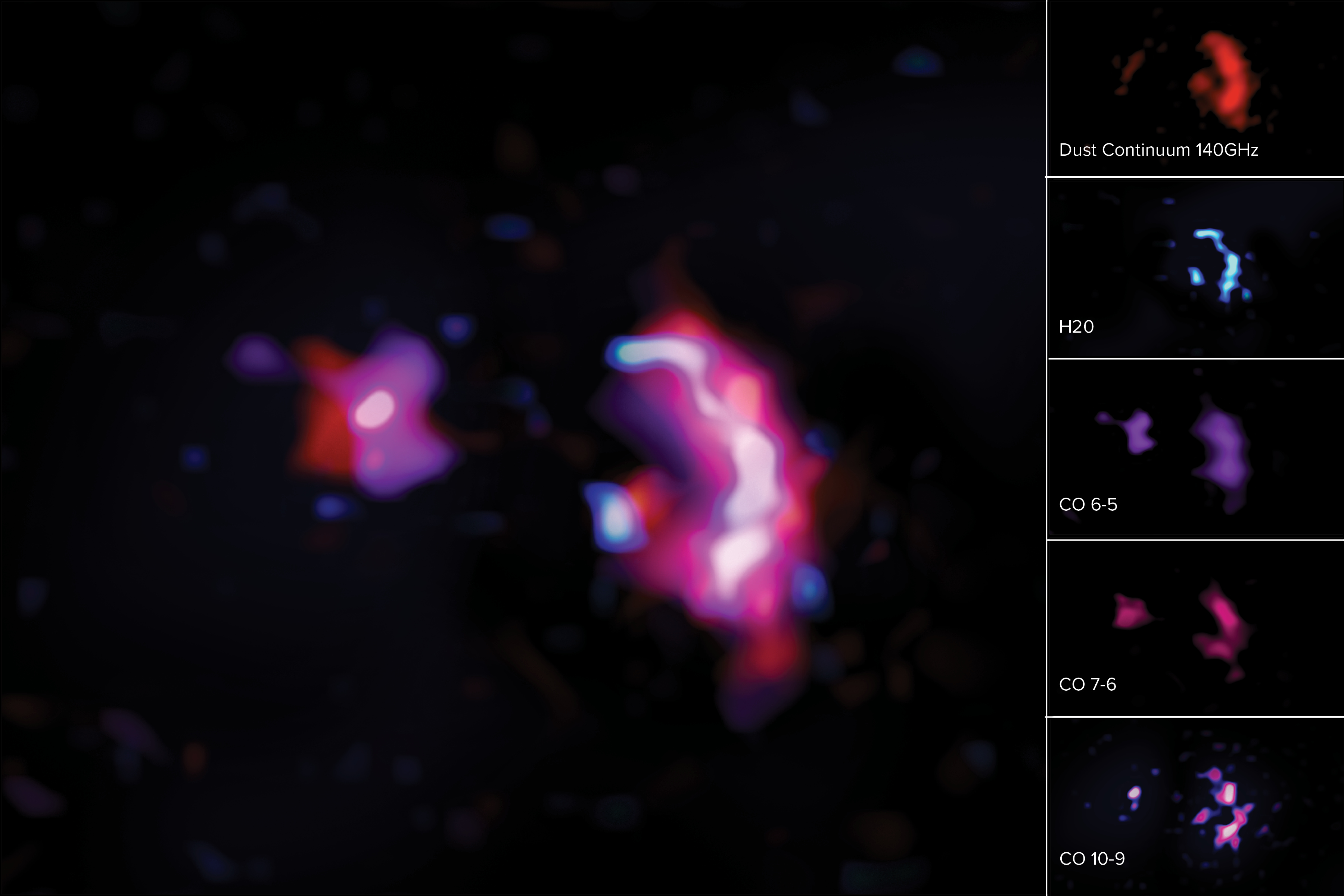