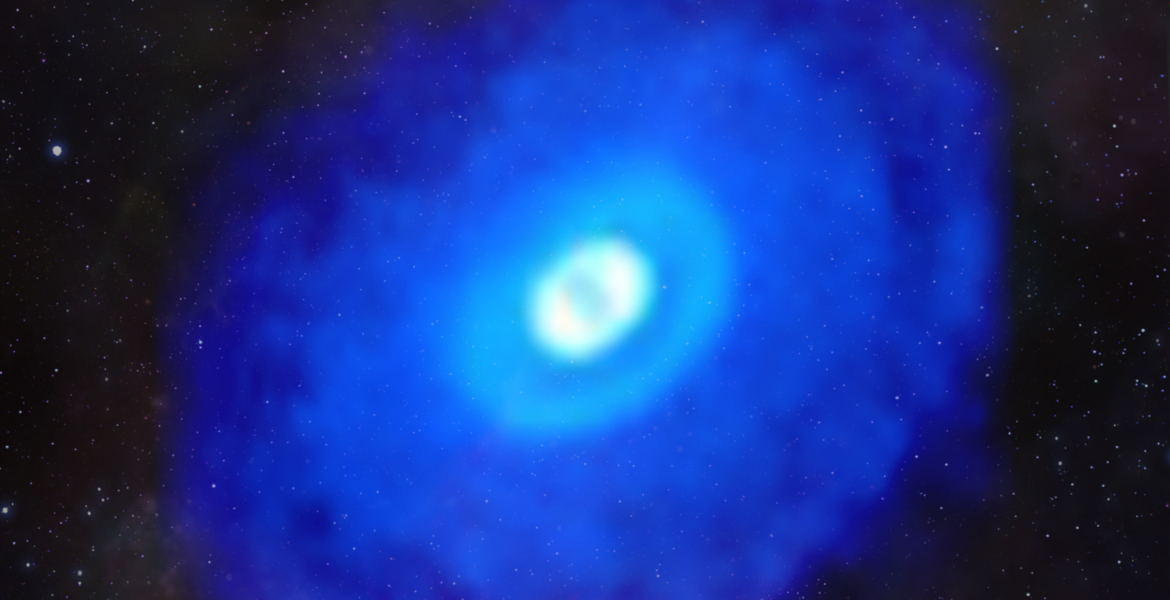 An international collaboration of scientists using the Atacama Large Millimeter/submillimeter Array (ALMA) has completed the most extensive chemical composition mapping of the protoplanetary disksProtoplanetary DiskThe swirling disk of dust and gas that collapsed from a much larger cloud of material that will eventually evolve into a fully fledged planetary system. Features in the disk may already herald the presence of young planets. around five nearby young stars at high resolution, producing images that capture the molecular composition associated with planetary births, and a roadmap for future studies of the makeup of planet- and comet-forming regions. The new study unlocks clues about the role of molecules in planetary system formation, and whether these young planetary systems in the making have what it takes to host life. The results of the program, appropriately called MAPS, or Molecules with ALMA at Planet-forming Scales, will appear in an upcoming 20-paper special edition of The Astrophysical Journal Supplement Series.

Planets form in the disks of dust and gas—also called protoplanetary disks—surrounding young stars. The chemical makeup of—or molecules contained within—these disks may have an impact on the planets themselves, including how and where planetary formation occurs, the chemical composition of the planets, and whether those planets have the organic composition necessary to support life. MAPS specifically looked at the protoplanetary disks surrounding the young stars IM Lup, GM Aur, AS 209, HD 163296, and MWC 480, where evidence of ongoing planet formation has already been detected. The project led to multiple exciting discoveries, including a link between dust and chemical substructures and the presence of large reservoirs of organic molecules in the inner disk regions of the stars.

“With ALMA we were able to see how molecules are distributed where exoplanets are currently assembling,” said Karin Öberg, an astronomer at the Center for Astrophysics | Harvard & Smithsonian (CfA) and the Principal Investigator for MAPS. “One of the really exciting things we saw is that the planet-forming disks around these five young stars are factories of a special class of organic molecules, so-called nitriles, which are implicated in the origins of life here on Earth.”

Simple organic molecules like HCN, C2H, and H2CO were observed throughout the project in unprecedented detail, thanks to the sensitivity and resolving power of ALMA’s Band 3 and Band 6 receivers. “In particular, we were able to observe the amount of small organic molecules in the inner regions of disks, where rocky planets are likely assembling,” said Viviana V. Guzmán, an astronomer at Pontificia Universidad Católica de Chile’s Instituto de Astrofísica, lead author on MAPS VI and a MAPS co-Principal Investigator. “We’re finding that our own Solar System is not particularly unique, and that other planetary systems around other stars have enough of the basic ingredients to form the building blocks of life.”

Scientists also observed more complex organic molecules like HC3N, CH3CN, and c-C3H2—notably those containing carbon, and therefore most likely to act as the feedstock of larger, prebiotic molecules. Although these molecules have been detected in protoplanetary disks before, MAPS is the first systematic study across multiple disks at very high spatial resolution and sensitivity, and the first study to find the molecules at small scales and in such significant quantities. “We found more of the large organic molecules than expected, a factor of 10 to 100 more, located in the inner disks on scales of the Solar System, and their chemistry appears similar to that of Solar System comets,” said John Ilee, an astronomer at the University of Leeds and the lead author of MAPS IX. “The presence of these large organic molecules is significant because they are the stepping-stones between simpler carbon-based molecules such as carbon monoxide, which is found in abundance in space, and the more complex molecules that are required to create and sustain life.”

Molecules are not distributed uniformly across planet-forming disks, however, as evidenced in MAPS III and IV, which revealed that while the general disk compositions appear to be similar to the Solar System, zooming in at high resolution reveals some diversity in composition that could result in planet-to-planet differences. “Molecular gas in protoplanetary disks is often found in sets of distinct rings and gaps,” said Charles Law, CfA astronomer and lead author on MAPS III and IV. “But the same disk observed in different molecular emission lines often looks completely different, with each disk having multiple molecular faces. This also means that planets in different disks or even in the same disk at different locations may form in radically different chemical environments.” This means that some planets form with the necessary tools for building and sustaining life while other nearby planets may not.

One of those radically different environments occurs in the space surrounding Jupiter-like planets, where scientists found the gas to be poor in carbon, oxygen, and heavier elements, while rich in hydrocarbons, such as methane. “The chemistry that is seen in protoplanetary disks should be inherited by forming planets,” said Arthur Bosman, an astronomer at the University of Michigan and lead author of MAPS VII. “Our findings suggest that many gas giants may form with extremely oxygen-poor (carbon-rich) atmospheres, challenging current expectations of planet compositions.”

Taken all together, MAPS is providing exactly that: a map for scientists to follow, connecting the dots between the gas and dust in a protoplanetary disk and the planets that eventually form from them to create a planetary system. “A planet’s composition is a record of the location in the disk in which it was formed,” said Bosman. “Connecting planet and disk composition enables us to peer into the history of a planet and helps us to understand the forces that formed it.”

Joe Pesce, astronomer and ALMA program officer at the National Science Foundation (NSF) notes, “Whether life exists beyond Earth is one of humanity’s fundamental questions. We now know planets are found everywhere, and the next step is to determine if they have the conditions necessary for life as we know it (and how common that situation might be). The MAPS program will help us better answer these questions.  ALMA’s search for precursors to life far from Earth complements studies conducted in laboratories, and in places like hydrothermal vents on Earth.”

Öberg added, “MAPS is the culmination of decades of work on the chemistry of planet-forming disks by scientists using ALMA and its precursors. Although MAPS has surveyed just five disks at this time, we had no idea how chemically complex and visually stunning these disks really were until now. MAPS has first answered questions we could not have imagined asking decades ago, and also presented us with many more questions to answer.”

Learn more about the MAPS Program at the project web site. 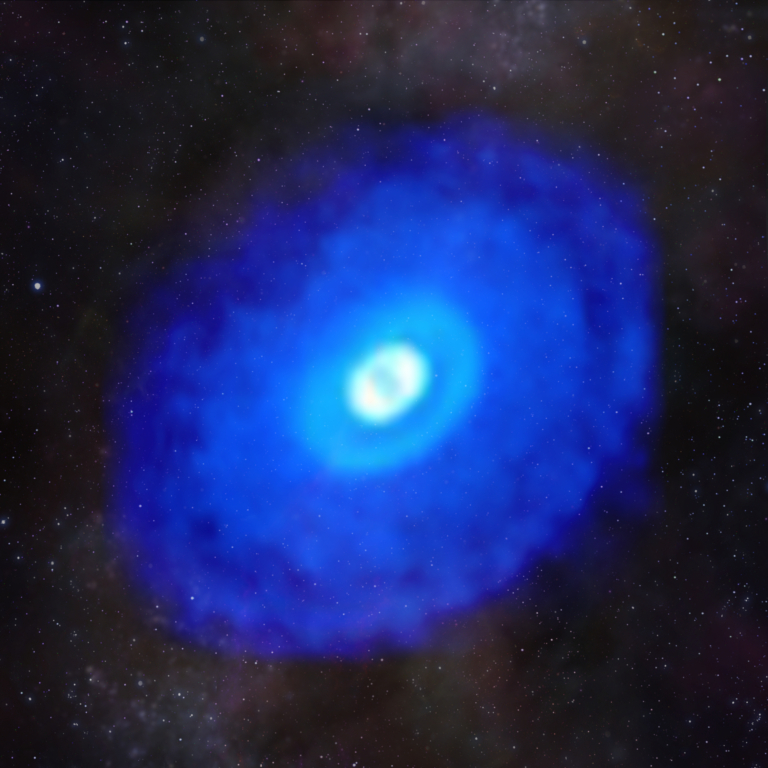 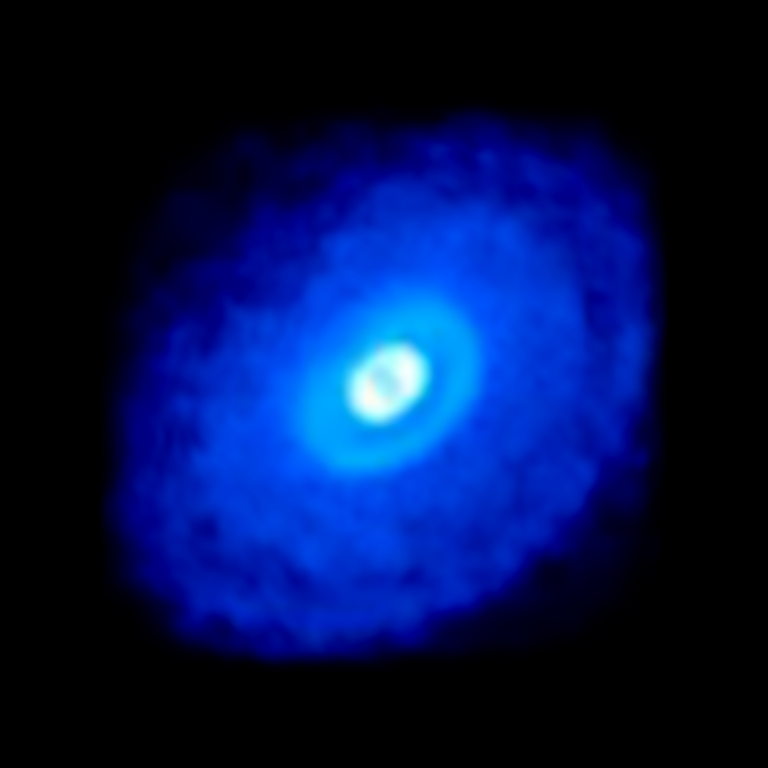 In this artist's conception, planets form from the gas and dust in the protoplanetary disk...Read More
Credit: M.Weiss/Center for Astrophysics | Harvard & Smithsonian 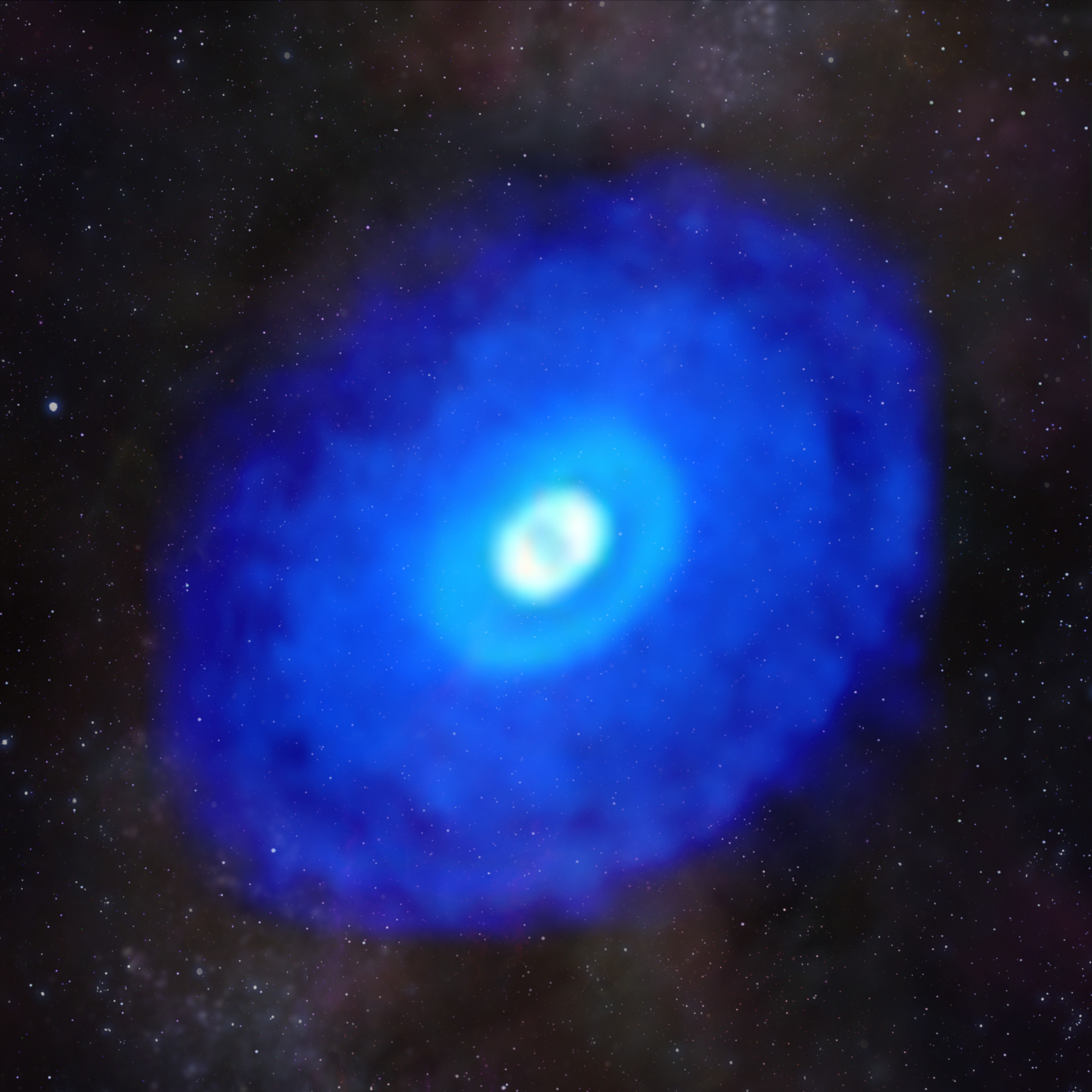 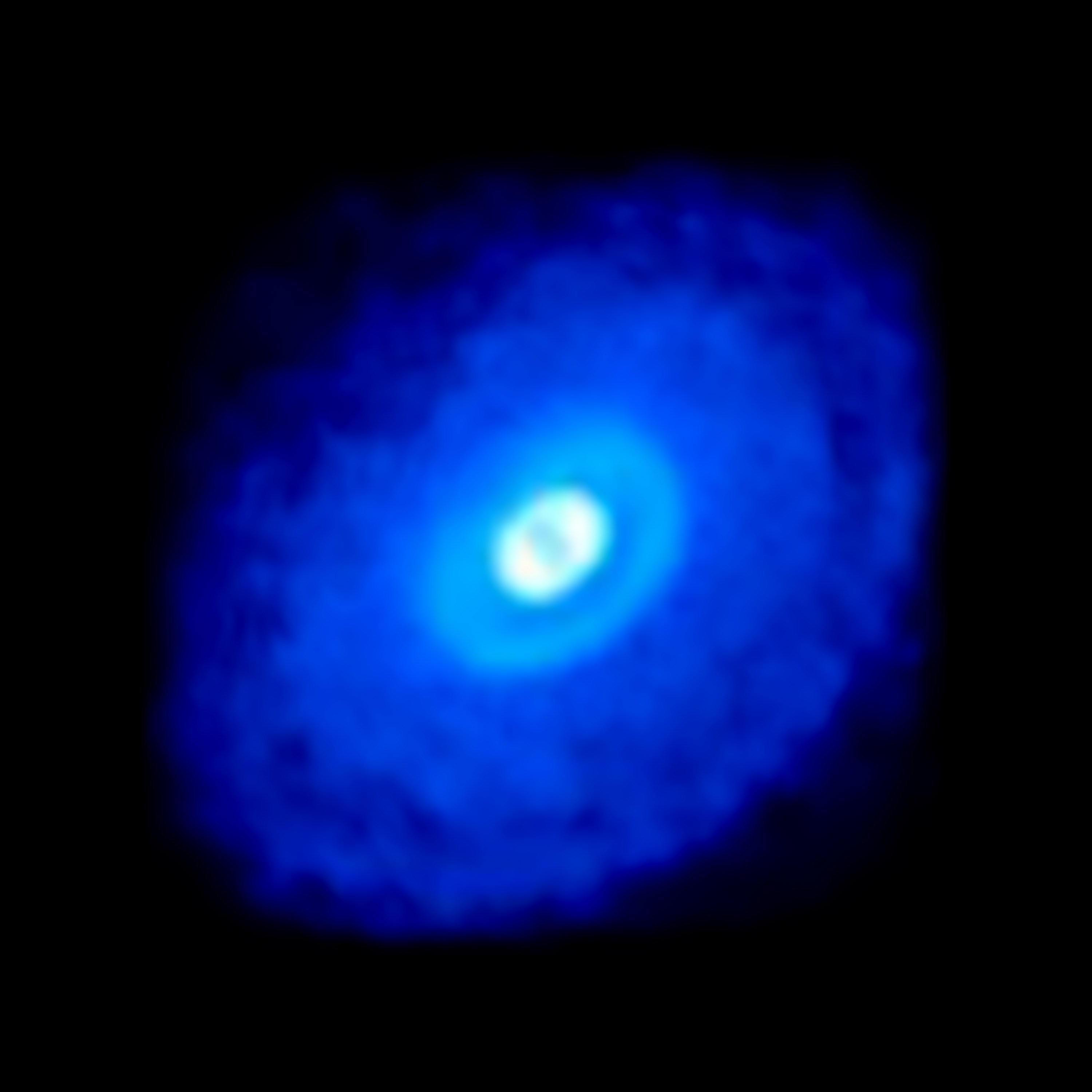