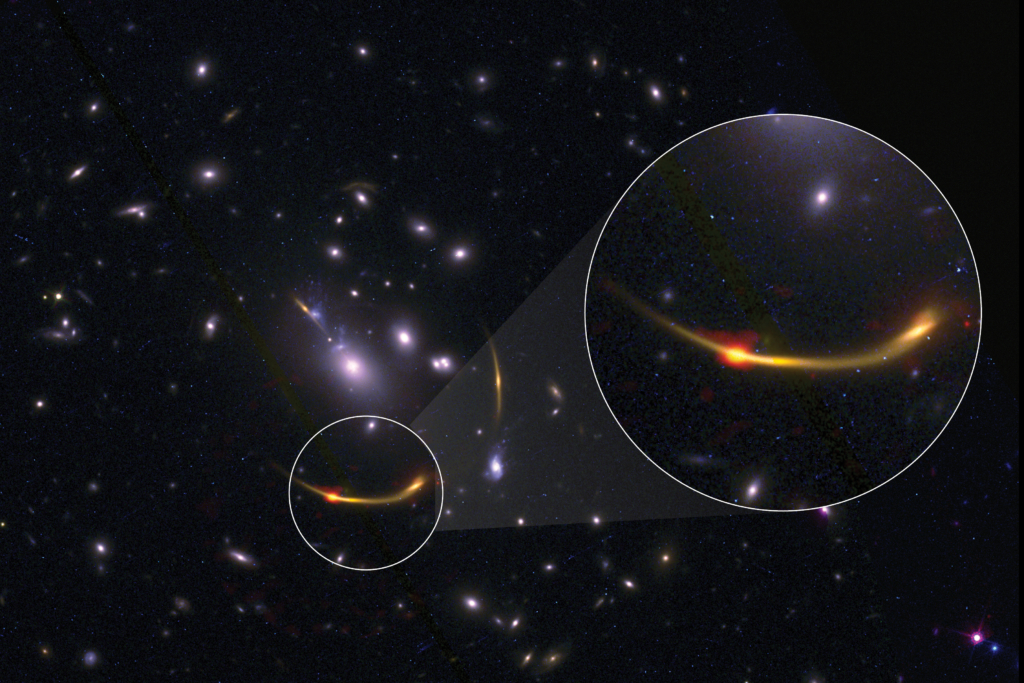 Early massive galaxies—those that formed in the three billion years following the Big BangBig BangThe well-supported theory that some 13.8 billion years ago, the entire universe was staggeringly small, hot, and dense. In a fraction of an instant, the universe expanded and continues to expand to this day. —should have contained large amounts of cold hydrogen gas, the fuel required to make stars. But scientists observing the early Universe with the Atacama Large Millimeter/submillimeter Array (ALMA) and the Hubble Space Telescope have spotted something strange: half a dozen early massive galaxies that ran out of fuel. The results of the research are published today in Nature.

Known as “quenched” galaxies—or galaxies that have shut down star formation—the six galaxies selected for observation from the REsolving QUIEscent Magnified galaxies at high redshiftRedshiftThe shift of all the spectral lines toward longer wavelengths due to the object moving further away as seen from the Earth. This recession, at great distances, is due to the overall expansion of the universe. (See spectral lines for more), or the REQUIEM survey, are inconsistent with what astronomers expect of the early Universe.

“The most massive galaxies in the Universe lived fast and furious, creating their stars in a remarkably short amount of time. Gas, the fuel of star formation, should be plentiful at these early times in the Universe,” said Kate Whitaker, lead author on the study, and assistant professor of astronomy at the University of Massachusetts, Amherst. “We originally believed that these quenched galaxies hit the brakes just a few billion years after the Big Bang. In our new research, we’ve concluded that early galaxies didn’t actually put the brakes on, but rather, they were running on empty.”

To better understand how the galaxies formed and died, the team observed them using Hubble, which revealed details about the stars residing in the galaxies. Concurrent observations with ALMA revealed the galaxies’ continuum emission—a tracer of dust—at millimeter wavelengths, allowing the team to infer the amount of gas in the galaxies. The use of the two telescopes is by careful design, as the purpose of REQUIEM is to use strong gravitational lensing as a natural telescope to observe dormant galaxies with higher spatial resolution. This, in turn, gives scientists a clear view of galaxies’ internal goings-on, a task often impossible with those running on empty.

“If a galaxy isn’t making many new stars it gets very faint very fast so it is difficult or impossible to observe them in detail with any individual telescope. REQUIEM solves this by studying galaxies that are gravitationally lensed, meaning their light gets stretched and magnified as it bends and warps around other galaxies much closer to the Milky Way,” said Justin Spilker, a co-author on the new study, and a NASA Hubble postdoctoral fellow at the University of Texas at Austin. “In this way, gravitational lensing, combined with the resolving power and sensitivity of Hubble and ALMA, acts as a natural telescope and makes these dying galaxies appear bigger and brighter than they are in reality, allowing us to see what’s going on and what isn’t.”

The new observations showed that the cessation of star formation in the six target galaxies was not caused by a sudden inefficiency in the conversion of cold gas to stars. Instead, it was the result of the depletion or removal of the gas reservoirs in the galaxies. “We don’t yet understand why this happens, but possible explanations could be that either the primary gas supply fueling the galaxy is cut off, or perhaps a supermassive black hole is injecting energy that keeps the gas in the galaxy hot,” said Christina Williams, an astronomer at the University of Arizona and co-author on the research. “Essentially, this means that the galaxies are unable to refill the fuel tank, and thus, unable to restart the engine on star production.”

Although the team now knows that these galaxies are running on empty and that something is keeping them from refilling the tank and from forming new stars, the study represents just the first in a series of inquiries into what made early massive galaxies go, or not. “We still have so much to learn about why the most massive galaxies formed so early in the Universe and why they shut down their star formation when so much cold gas was readily available to them,” said Whitaker. “The mere fact that these massive beasts of the cosmos formed 100 billion stars within about a billion years and then suddenly shut down their star formation is a mystery we would all love to solve, and REQUIEM has provided the first clue.”

A complementary press release has been published by STScI at: https://hubblesite.org/contents/news-releases/2021/news-2021-039 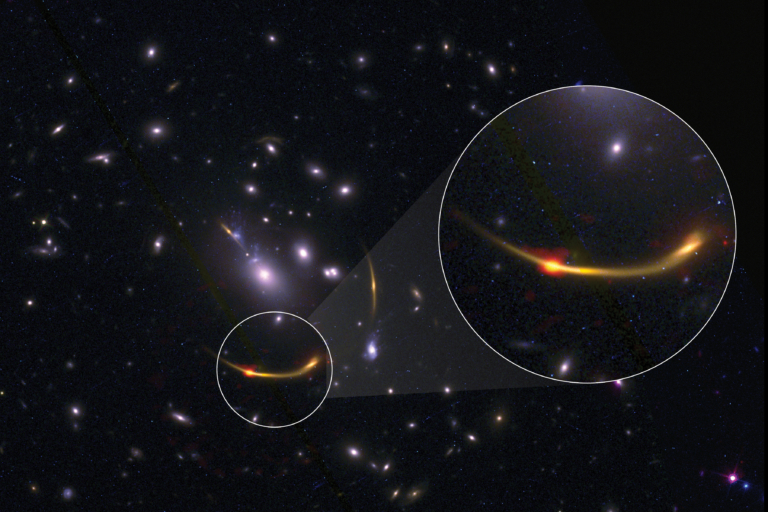 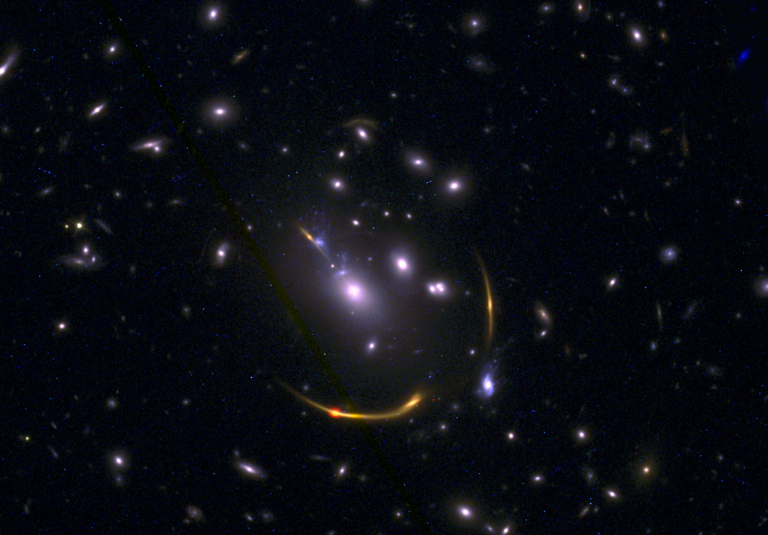 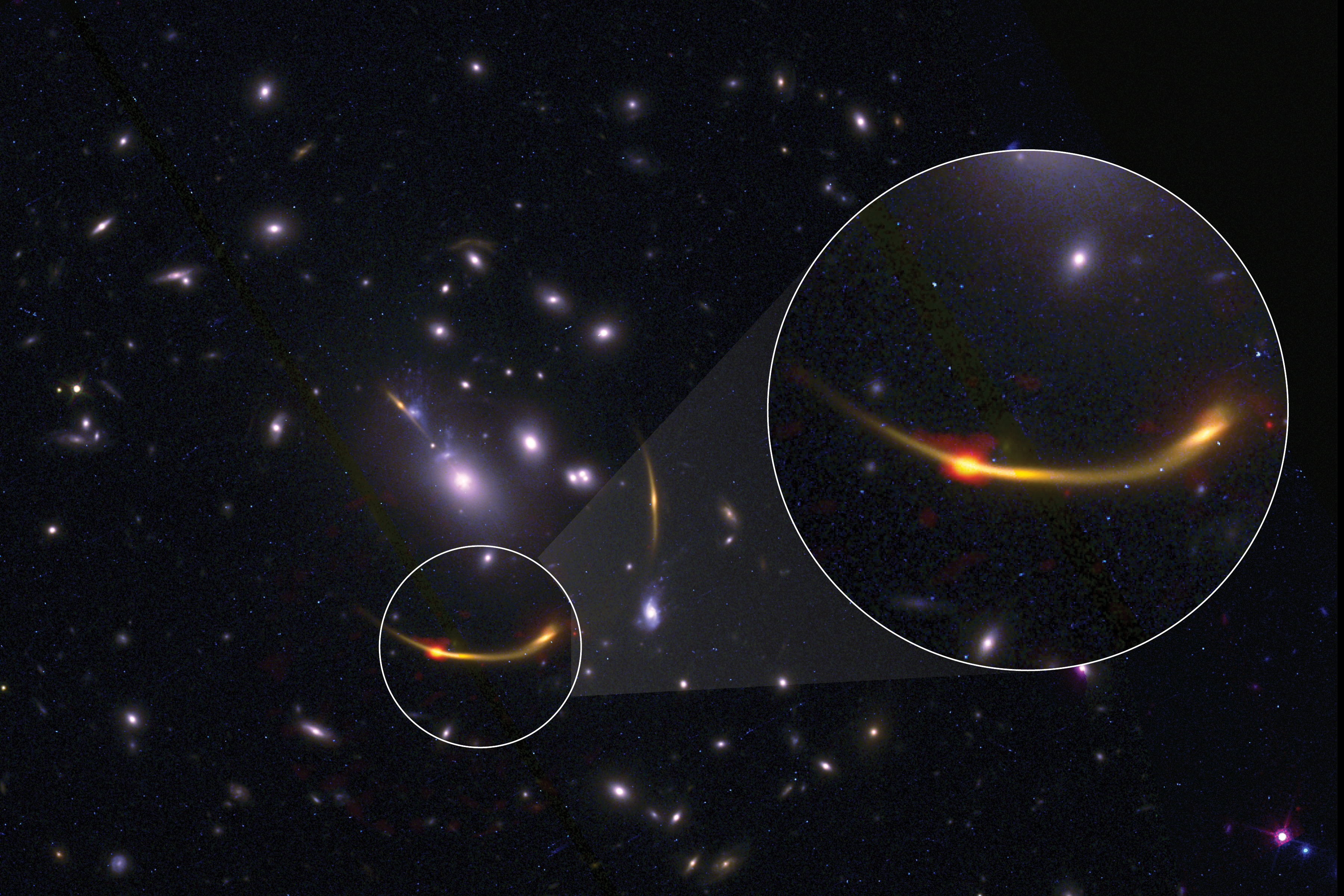 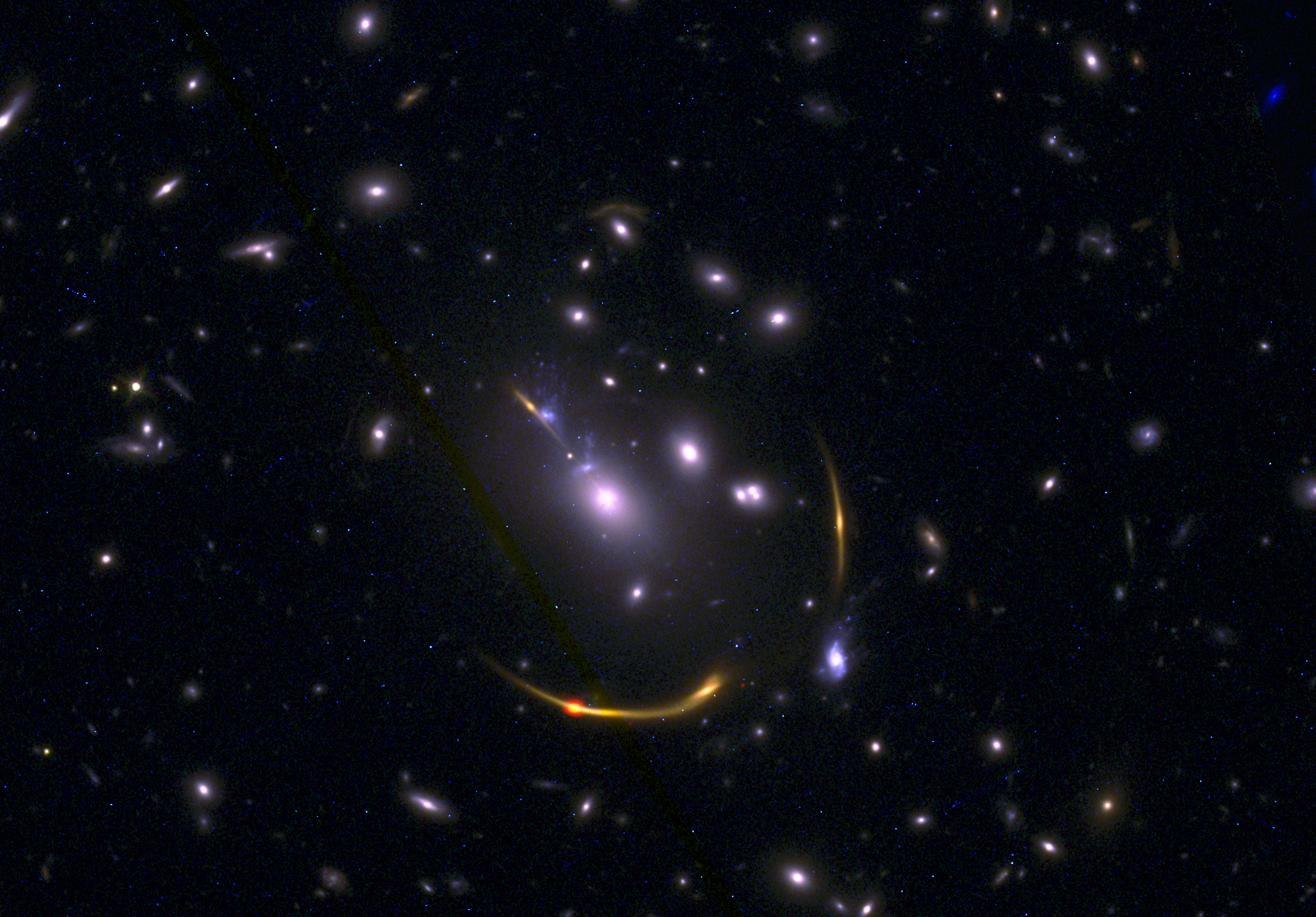