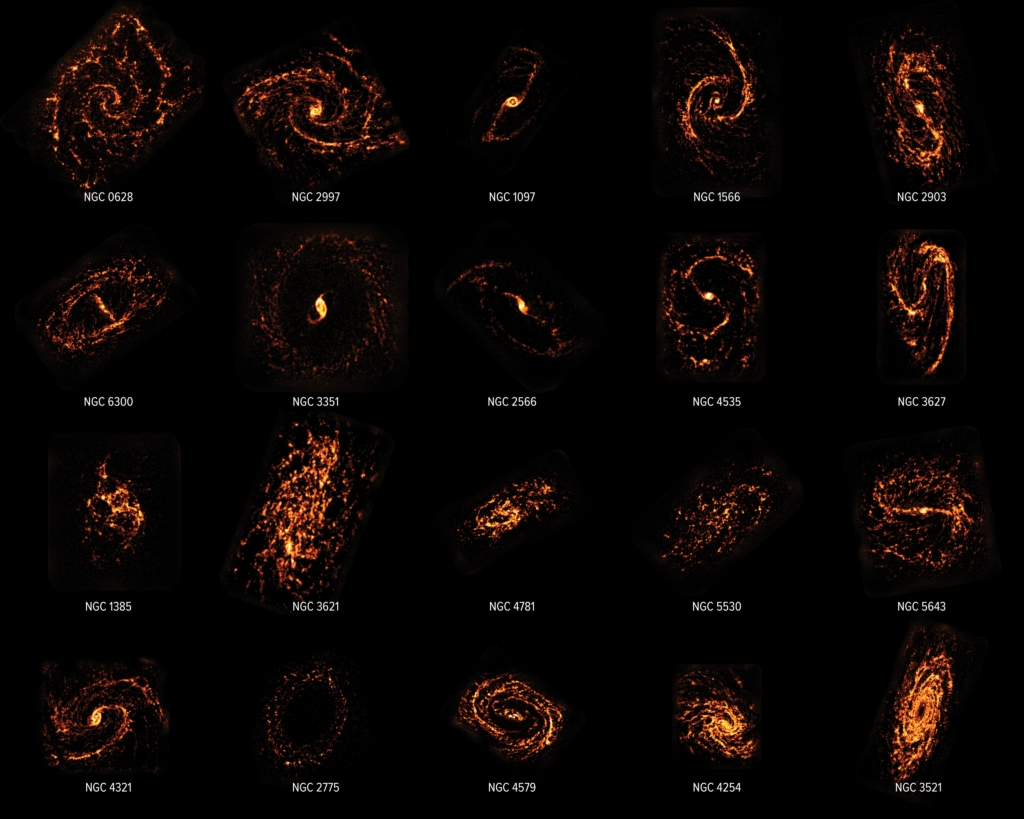 A team of astronomers using the Atacama Large Millimeter/submillimeter Array (ALMAAtacama Large Millimeter/submillimeter Array (ALMA)Funded by the U.S. National Science Foundation and its international partners (NRAO/ESO/NAOJ), ALMA is among the most complex and powerful astronomical observatories on Earth or in space. The telescope is an array of 66 high-precision dish antennas in northern Chile. ) has completed the first census of molecular cloudsMolecular CloudAn interstellar gas cloud where molecular formation occurs. Over 125 different molecules from molecular clouds have now been discovered in interstellar space through radio wavelength observations. in the nearby Universe, revealing that contrary to previous scientific opinion, these stellar nurseries do not all look and act the same. In fact, they’re as diverse as the people, homes, neighborhoods, and regions that make up our own world.

Stars are formed out of clouds of dust and gas called molecular clouds, or stellar nurseries. Each stellar nursery in the Universe can form thousands or even tens of thousands of new stars during its lifetime. Between 2013 and 2019, astronomers on the PHANGS— Physics at High Angular Resolution in Nearby GalaxieS— project conducted the first systematic survey of 100,000 stellar nurseries across 90 galaxies in the nearby Universe to get a better understanding of how they connect back to their parent galaxies.

“We used to think that all stellar nurseries across every galaxyGalaxyA large body of gas, dust, stars, and their companions (Planets, asteroids, moons, etc.) held together by their mutual gravitational attraction. They are grouped into three main categories: spiral galaxies, elliptical galaxies, and irregular galaxies. (see below) Another class of galaxies is peculiar galaxies, which are thought to be distorted versions of normal galaxies. must look more or less the same, but this survey has revealed that this is not the case, and stellar nurseries change from place to place,” said Adam Leroy, Associate Professor of Astronomy at Ohio State University (OSU), and lead author of the paper presenting the PHANGS ALMA survey. “This is the first time that we have ever taken millimeter-wave images of many nearby galaxies that have the same sharpness and quality as optical pictures. And while optical pictures show us light from stars, these ground-breaking new images show us the molecular clouds that form those stars.”

The scientists compared these changes to the way that people, houses, neighborhoods, and cities exhibit like-characteristics but change from region to region and country to country.

“To understand how stars form, we need to link the birth of a single star back to its place in the Universe. It’s like linking a person to their home, neighborhood, city, and region. If a galaxy represents a city, then the neighborhood is the spiral arm, the house the star-forming unit, and nearby galaxies are neighboring cities in the region,” said Eva Schinnerer, an astronomer at the Max Planck Institute for Astronomy (MPIA) and principal investigator for the PHANGS collaboration “These observations have taught us that the “neighborhood” has small but pronounced effects on where and how many stars are born.”

To better understand star formation in different types of galaxies, the team observed similarities and differences in the molecular gas properties and star formation processes of galaxy disks, stellar bars, spiral arms, and galaxy centers. They confirmed that the location, or neighborhood, plays a critical role in star formation.

“By mapping different types of galaxies and the diverse range of environments that exist within galaxies, we are tracing the whole range of conditions under which star-forming clouds of gas live in the present-day Universe. This allows us to measure the impact that many different variables have on the way star formation happens,” said Guillermo Blanc, an astronomer at the Carnegie Institution for Science, and a co-author on the paper.

“How stars form, and how their galaxy affects that process, are fundamental aspects of astrophysics,” said Joseph Pesce, National Science Foundation’s program officer for NRAO/ALMA. “The PHANGS project utilizes the exquisite observational power of the ALMA observatory and has provided remarkable insight into the story of star formation in a new and different way.”

Annie Hughes, an astronomer at L’Institut de Recherche en Astrophysique et Planétologie (IRAP), added that this is the first time scientists have a snapshot of what star-forming clouds are really like across such a broad range of different galaxies. “We found that the properties of star-forming clouds depend on where they are located: clouds in the dense central regions of galaxies tend to be more massive, denser, and more turbulent than clouds that reside in the quiet outskirts of a galaxy. The lifecycle of clouds also depends on their environment. How fast a cloud forms stars and the process that ultimately destroys the cloud both seem to depend on where the cloud lives.”

This is not the first time that stellar nurseries have been observed in other galaxies using ALMA, but nearly all previous studies focused on individual galaxies or part of one. Over a five-year period, PHANGS assembled a full view of the nearby population of galaxies, and the team later adapted the project with data from the Band 6 antennas on ALMA to increase sensitivity. “The PHANGS project is a new form of cosmic cartography that allows us to see the diversity of galaxies in a new light, literally. We are finally seeing the diversity of star-forming gas across many galaxies and are able to understand how they are changing over time. It was impossible to make these detailed maps before ALMA,” said Erik Rosolowsky, Associate Professor of Physics at the University of Alberta, and a co-author on the research. “This new atlas contains 90 of the best maps ever made that reveal where the next generation of stars is going to form.”

For the team, the new atlas doesn’t mean the end of the road. While the survey has answered questions about what and where, it has raised others. “This is the first time we have gotten a clear view of the population of stellar nurseries across the whole nearby Universe. In that sense, it’s a big step towards understanding where we come from,” said Leroy. “While we now know that stellar nurseries vary from place to place, we still do not know why or how these variations affect the stars and planets formed. These are questions that we hope to answer in the near future.”

Ten papers detailing the outcomes of the PHANGS survey are presented this week at the 238th meeting of the American Astronomical Society. 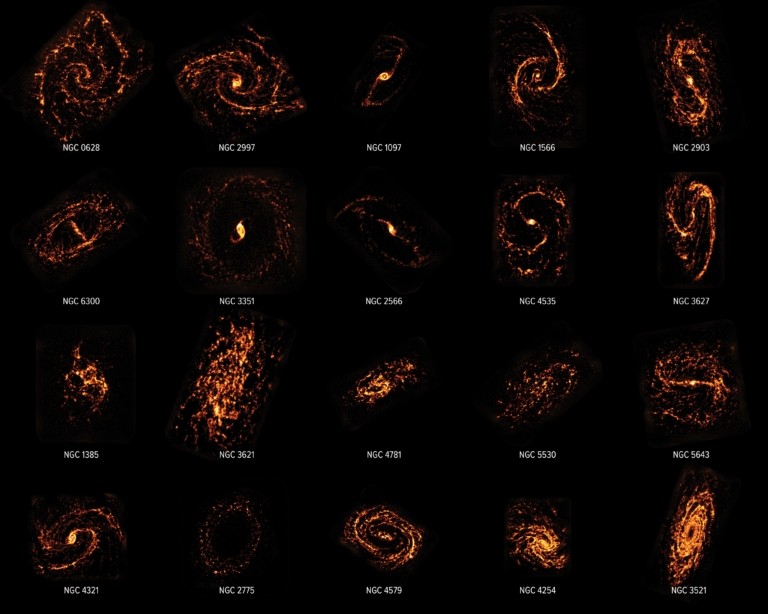 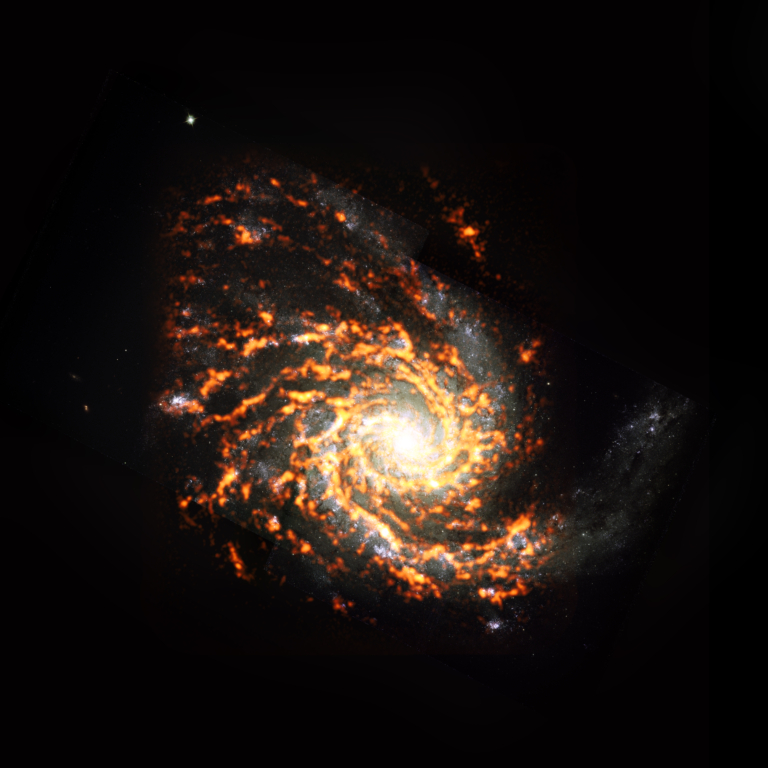 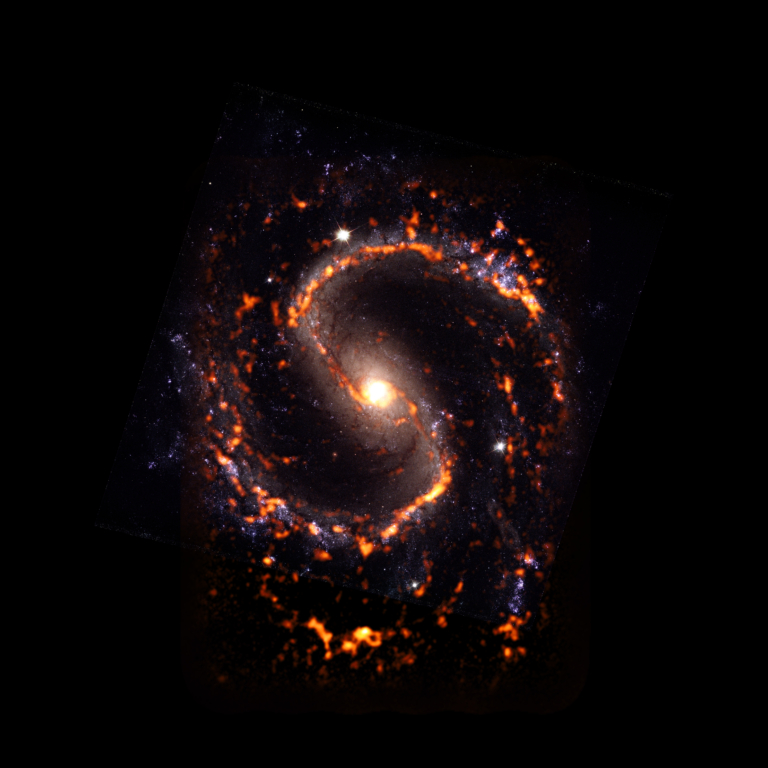 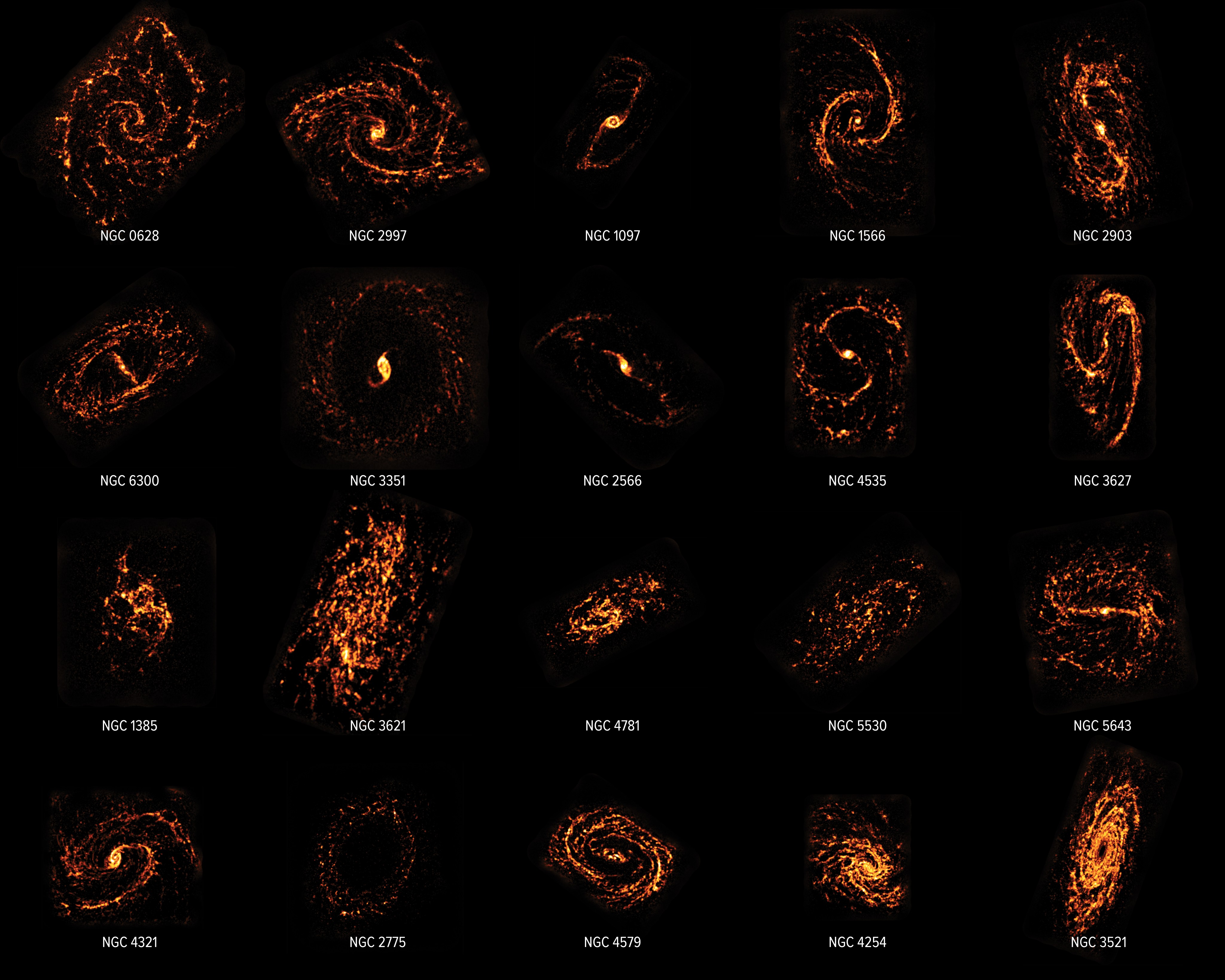 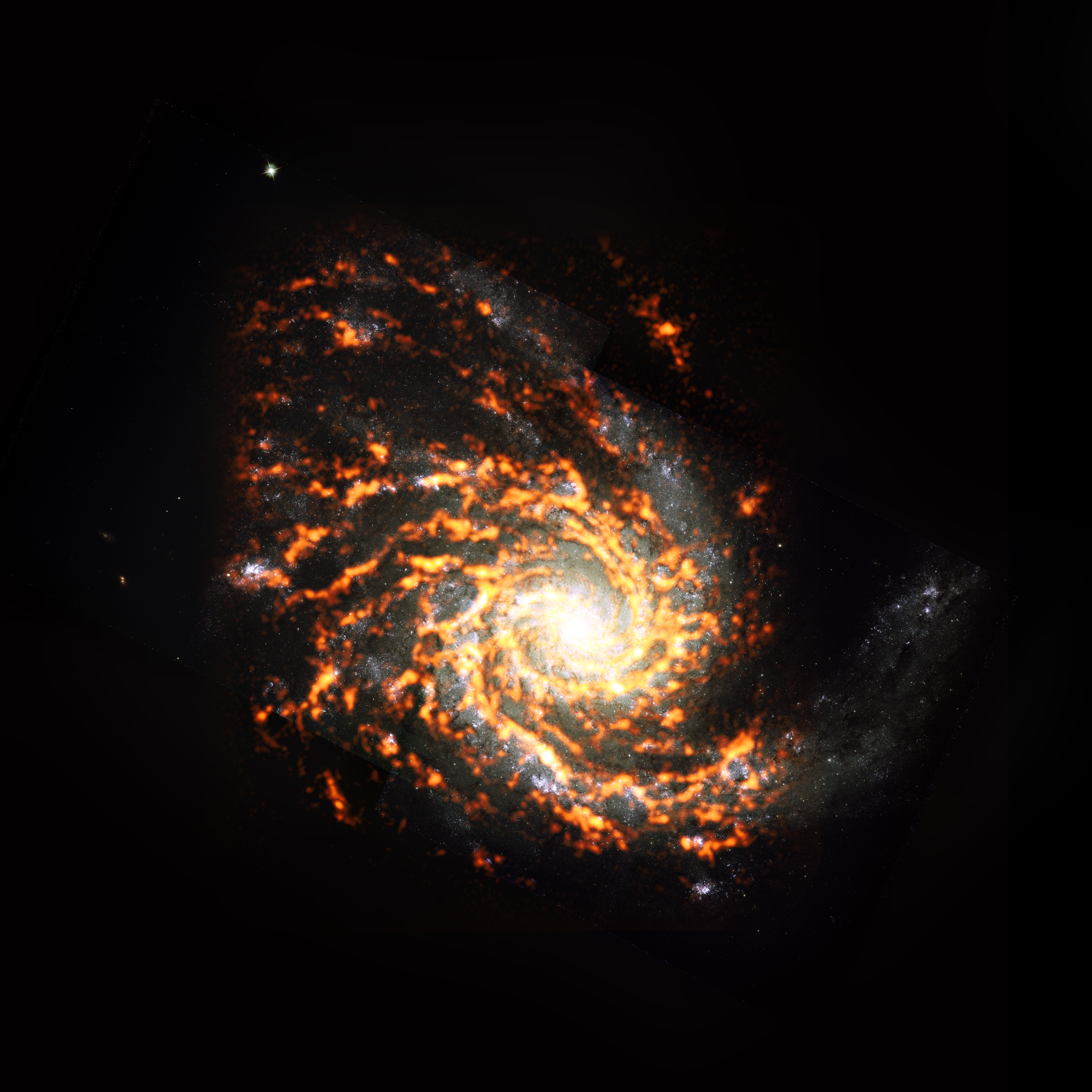 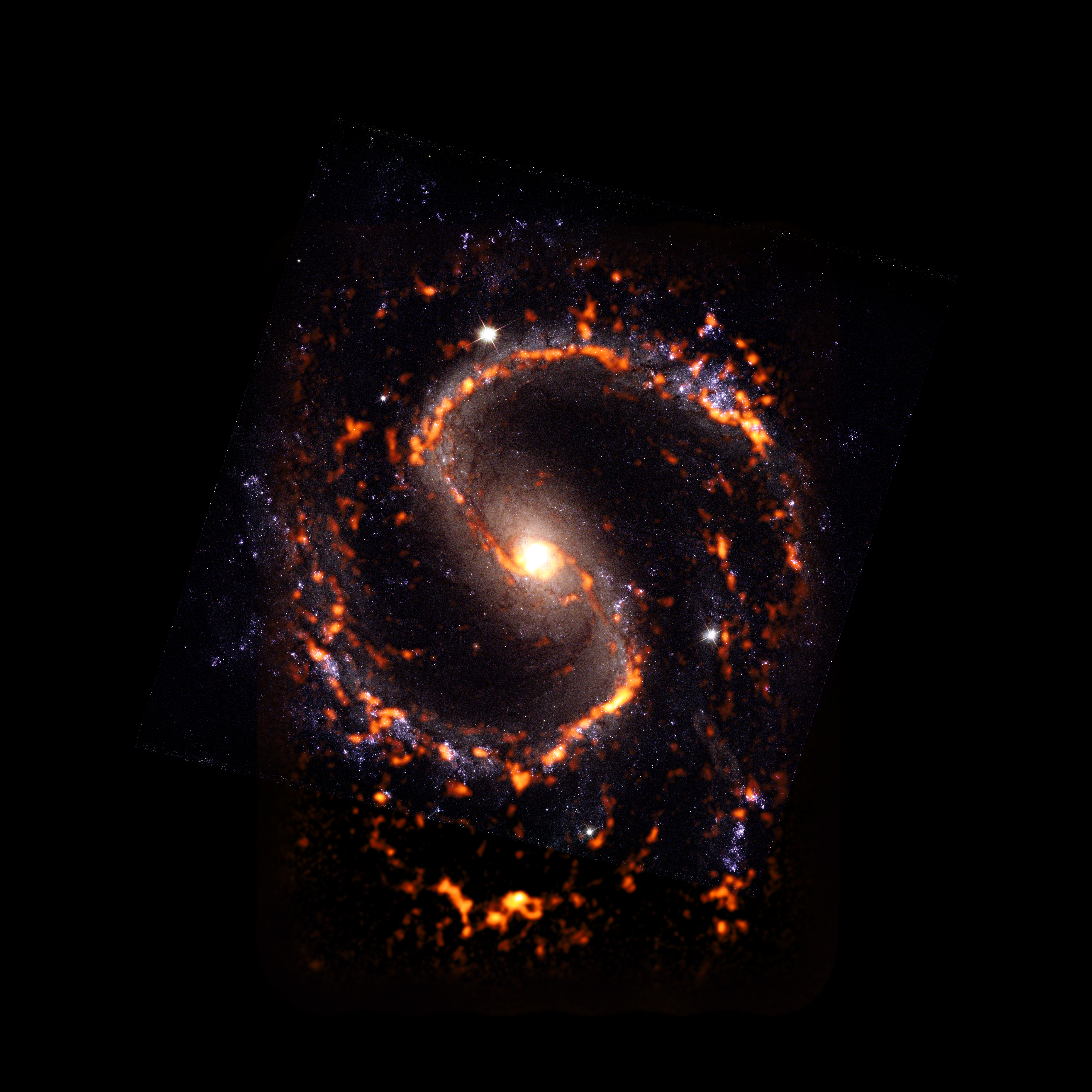 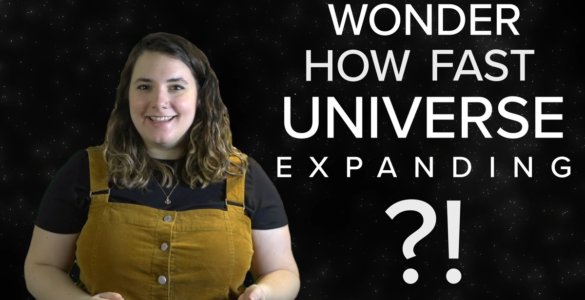