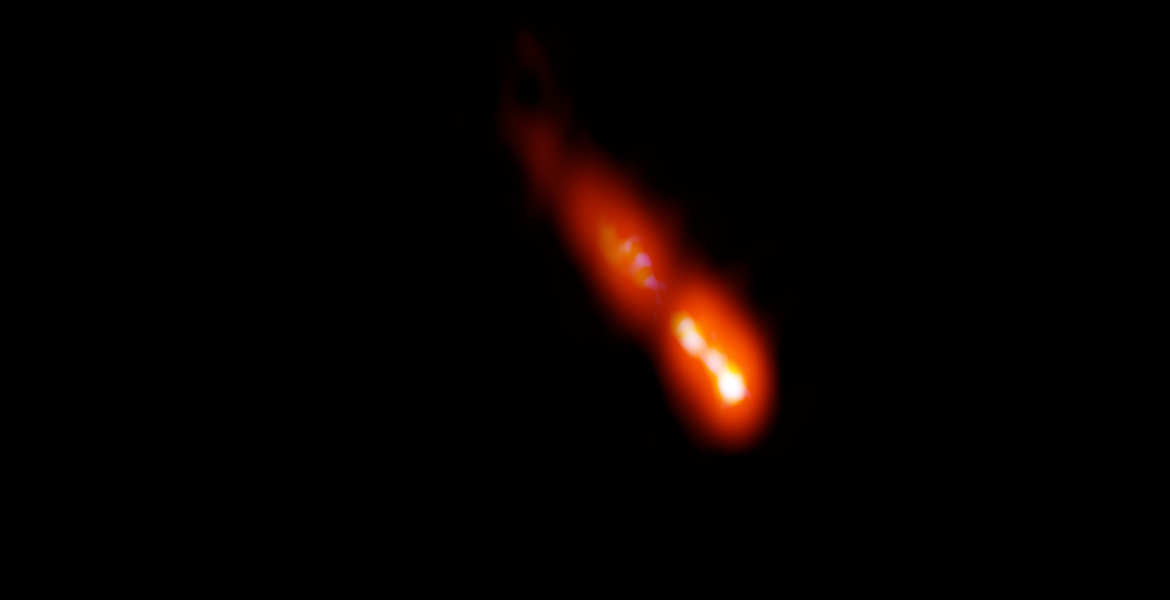 The supersharp radio “vision” of the National Science Foundation’s Very Long Baseline Array (VLBA) has revealed previously unseen details in a jet of material ejected at three-quarters the speed of light from the core of a galaxy some 12.8 billion light-years from Earth. The galaxy, dubbed PSO J0309+27, is a blazar, with its jet pointed toward Earth, and is the brightest radio-emitting blazar yet seen at such a distance. It also is the second-brightest X-ray emitting blazar at such a distance.

In this image, the brightest radio emission comes from the galaxy’s core, at bottom right. The jet is propelled by the gravitational energy of a supermassive black hole at the core, and moves outward, toward the upper left. The jet seen here extends some 1,600 light-years, and shows structure within it.

At this distance, PSO J0309+27 is seen as it was when the universe was less than a billion years old, or just over 7 percent of its current age.

An international team of astronomers led by Cristiana Spingola of the University of Bologna in Italy, observed the galaxy in April and May of 2020. Their analysis of the object’s properties provides support for some theoretical models for why blazars are rare in the early universe. The researchers reported their results in the journal Astronomy & Astrophysics. 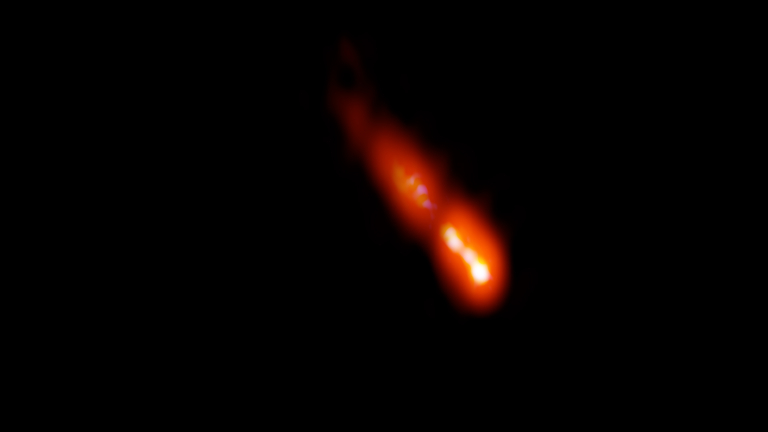 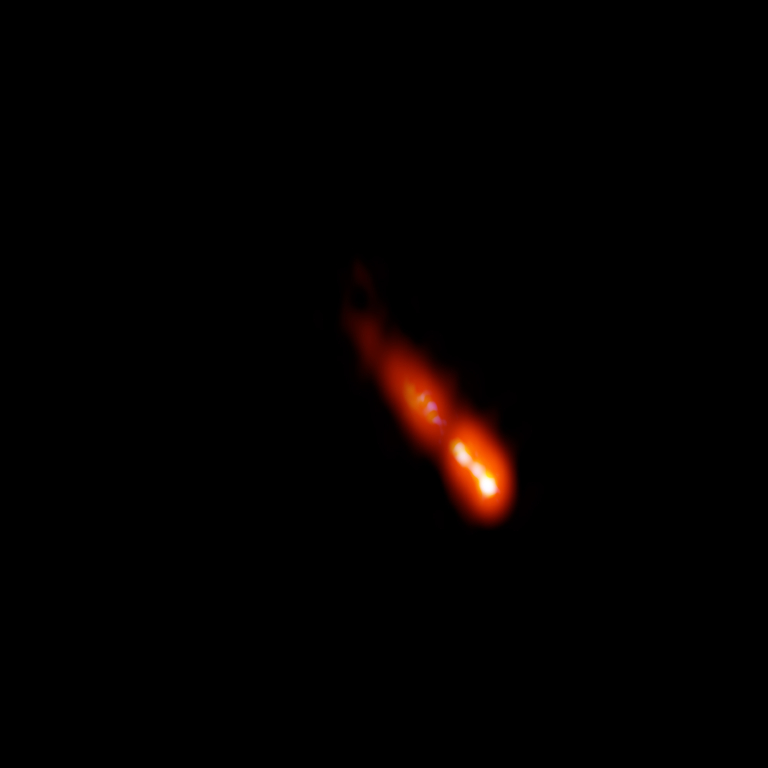 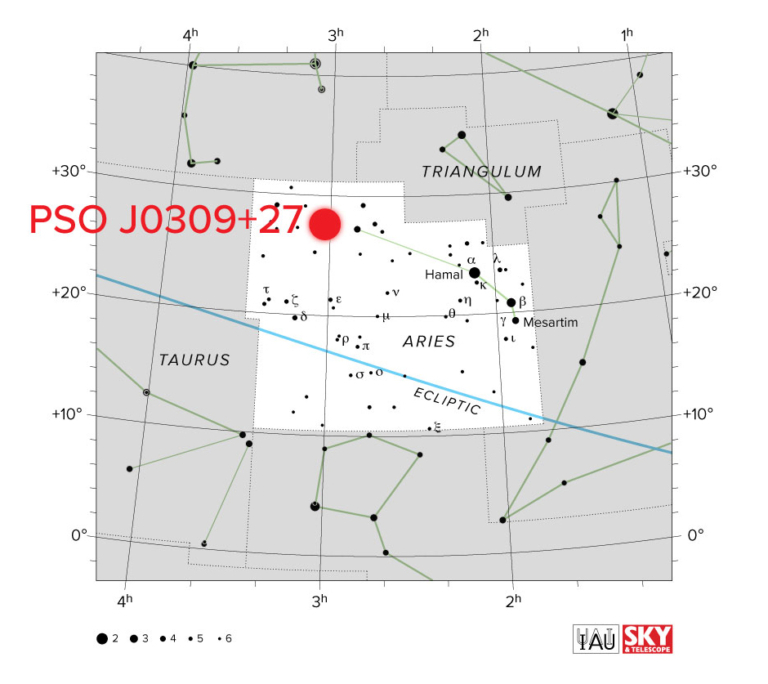 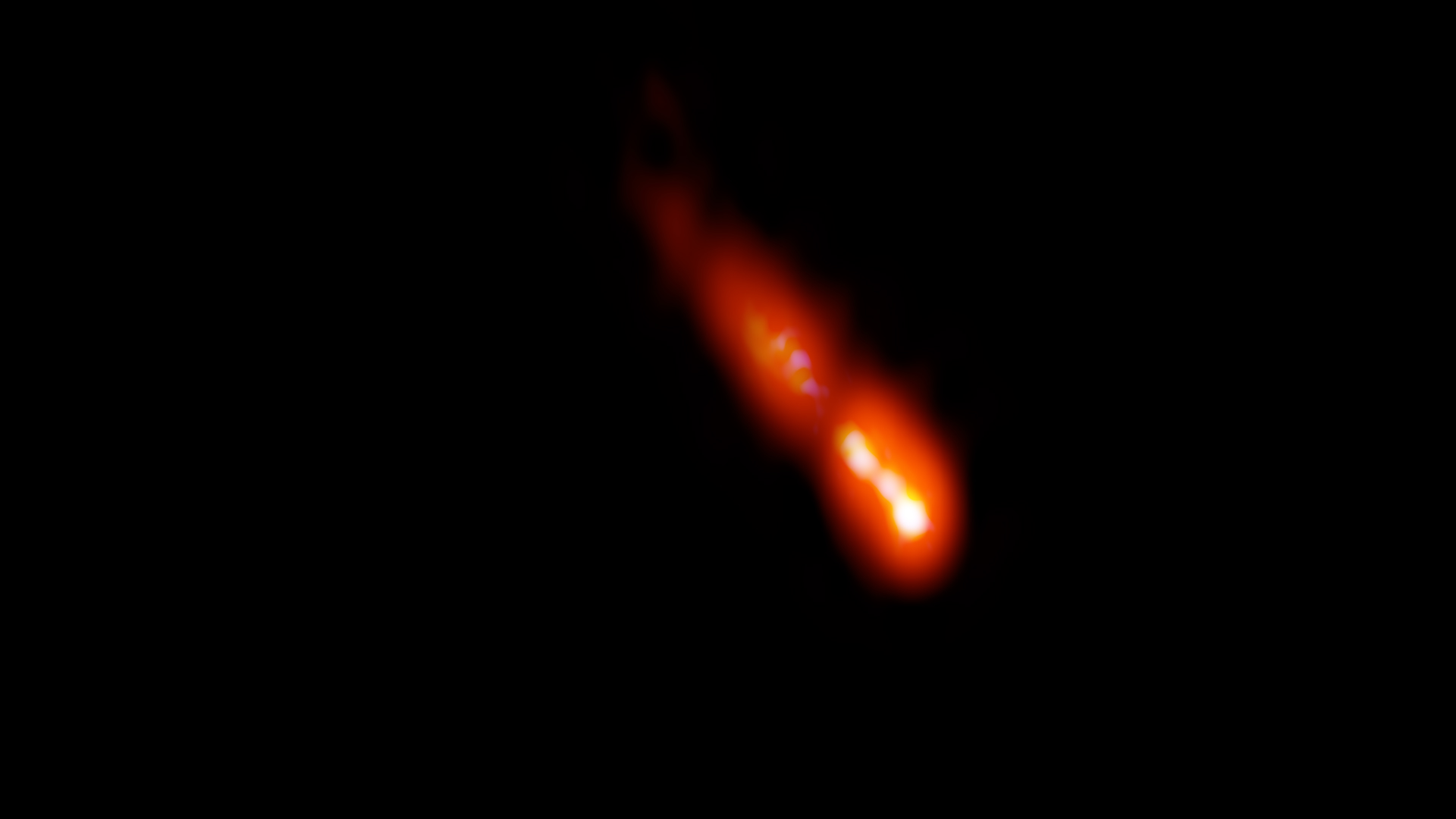 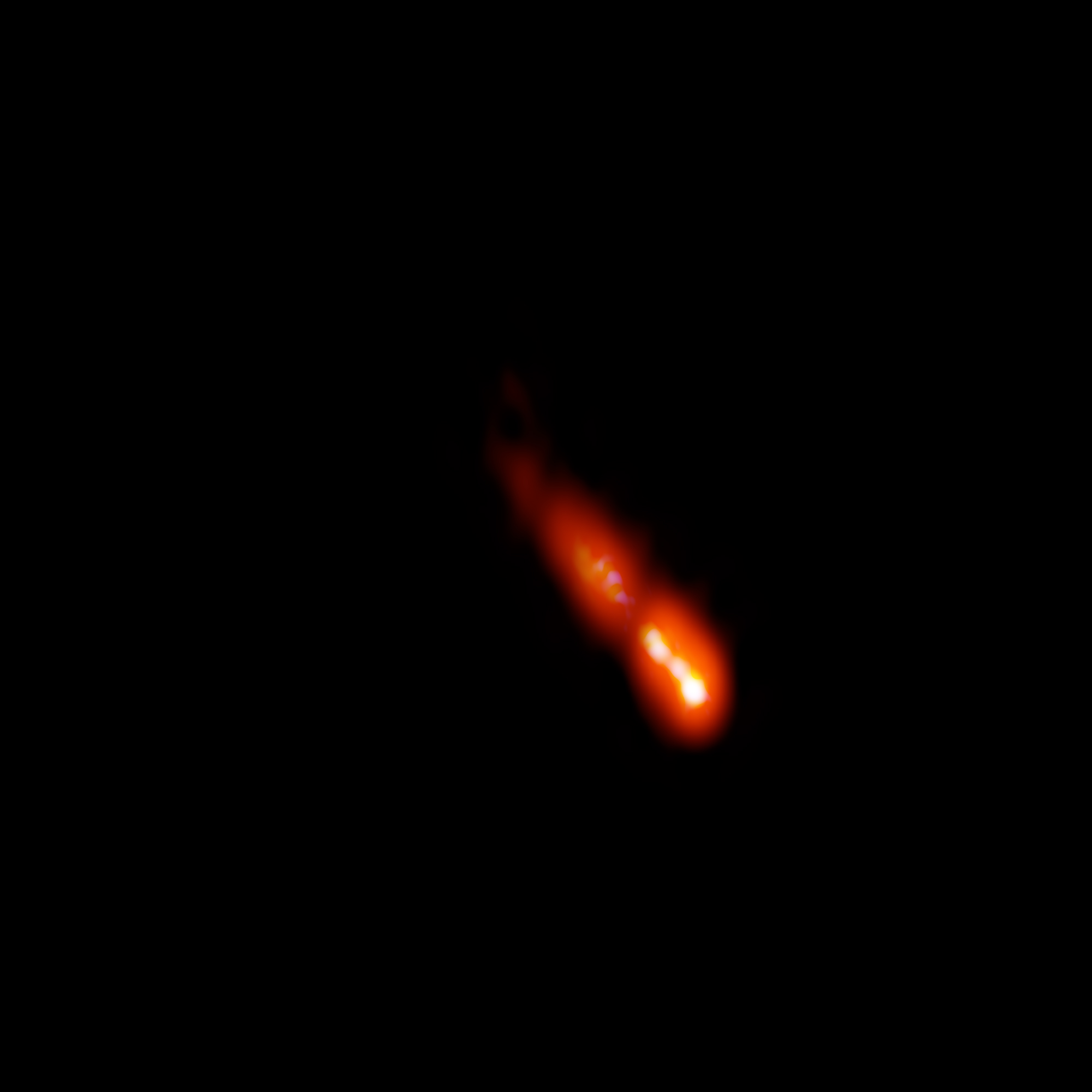 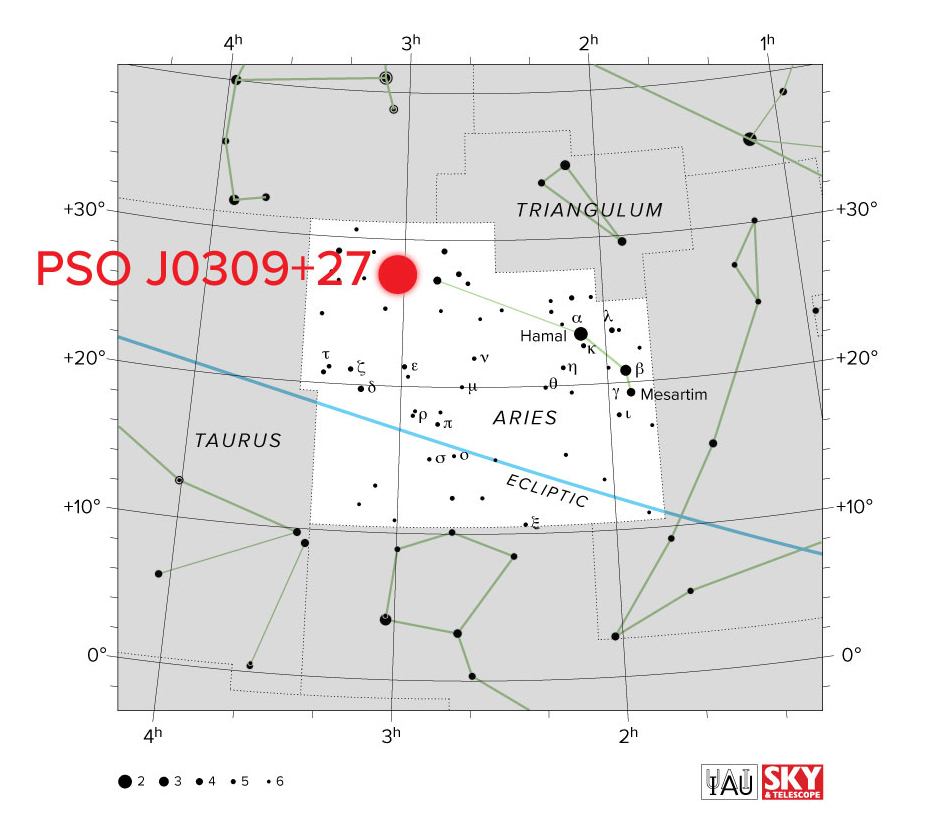