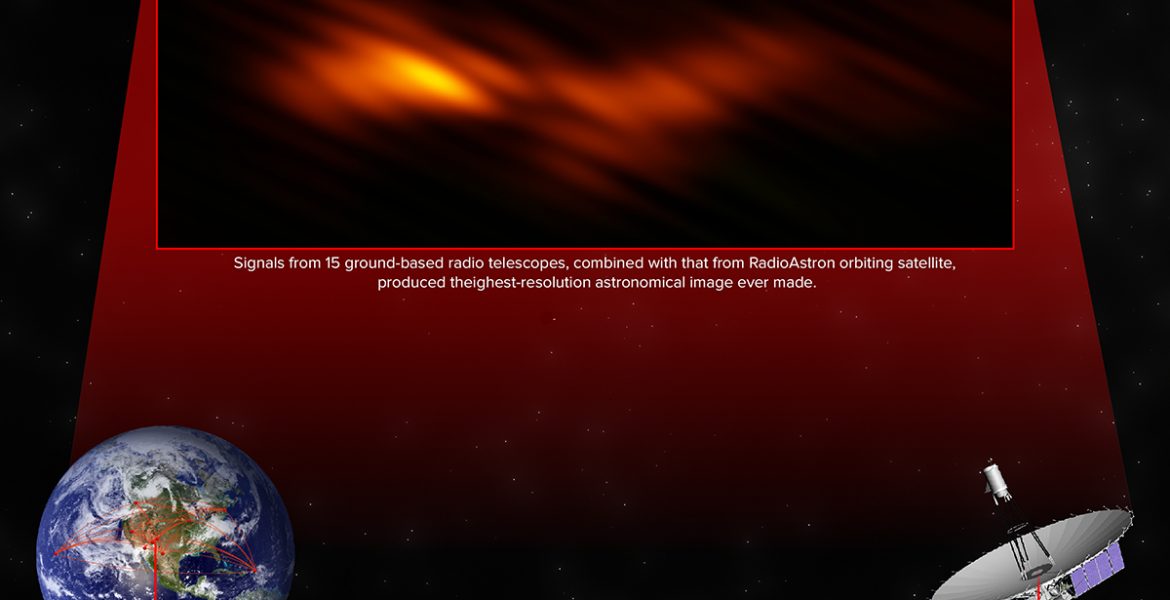 Using an orbiting radio-astronomy satellite combined with 15 ground-based radio telescopes, astronomers have made the highest-resolution, or most-detailed, astronomical image yet, revealing new insights about a gorging black hole in a galaxy 900 million light-years from Earth. The scientists combined signals from the Spektr-R satellite of the RadioAstron mission with those from radio telescopes throughout Europe and nine antennas of the National Science Foundation’s Very Long Baseline Array (VLBA). The result was an image with the resolving power of a telescope nearly 63,000 miles wide, or almost eight times the diameter of the Earth.

The image shows radio emission coming from a jet of particles accelerated to speeds nearly that of light by the gravitational power of a supermassive black hole at the core of a galaxy called BL Lacertae. The jet shown by this image would fit within the outer extent of our Solar System, marked by the Oort Cloud of cometary objects that reside far beyond the familiar planets. The image shows detail roughly equivalent to seeing a 50-cent coin on the Moon. The image appears elongated because the distance between the satellite and the ground telescopes is so much greater than that among the ground telescopes themselves, providing greater resolving power in one direction. In this version, resolution in the orthogonal direction is exaggerated to compensate.

The satellite project is led by the Astro Space Center in Moscow, and the data from all 15 telescopes were combined at a facility of the Max Planck Institute for Radio Astronomy in Bonn, Germany. The scientists are reporting on their work in the Astrophysical Journal. 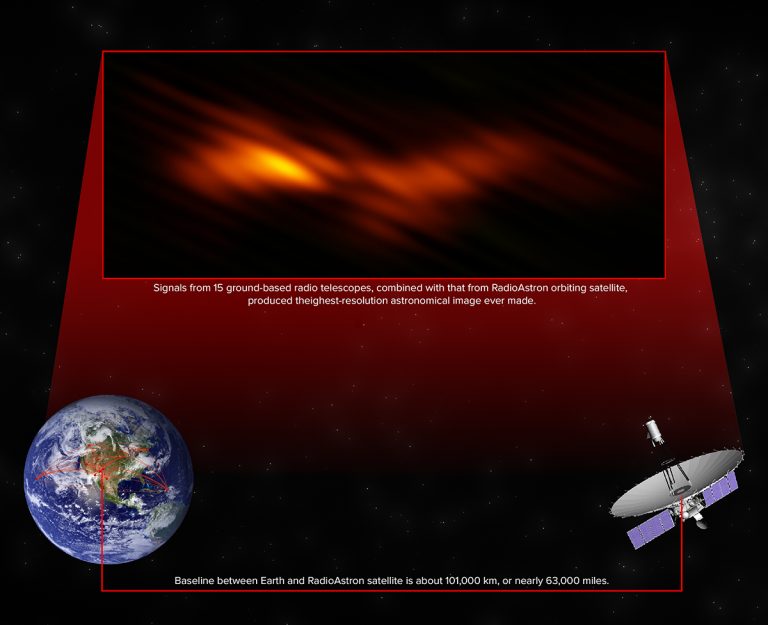 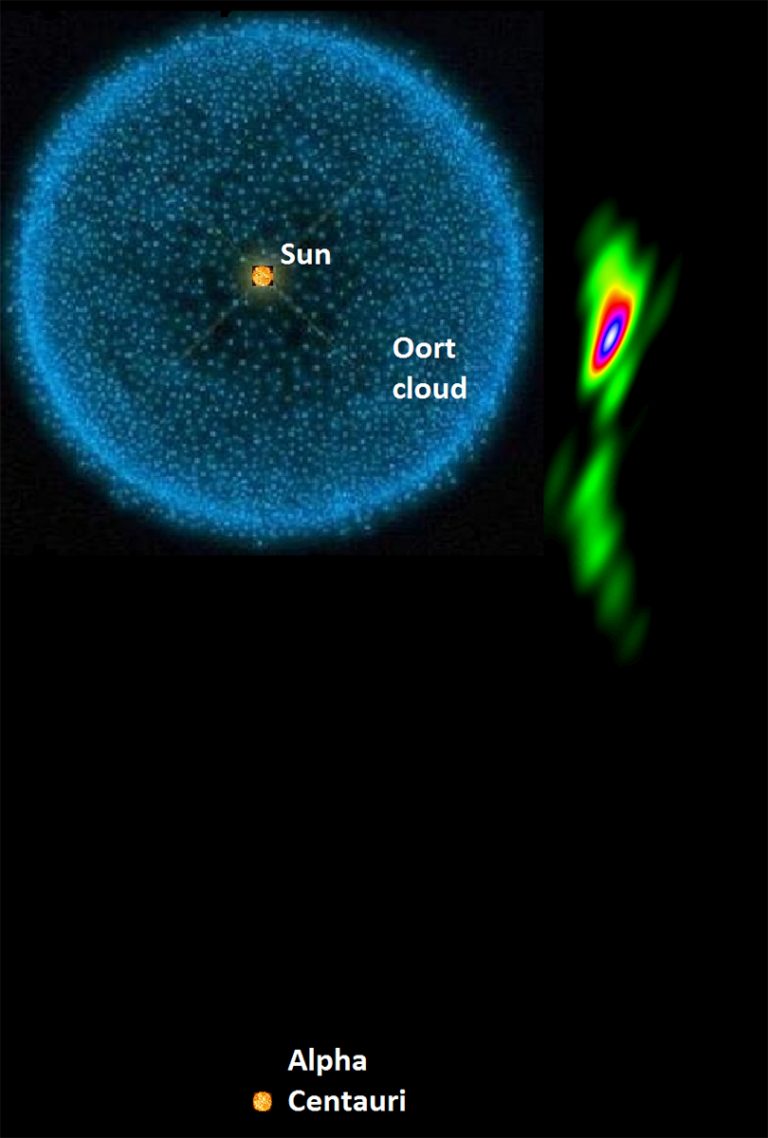 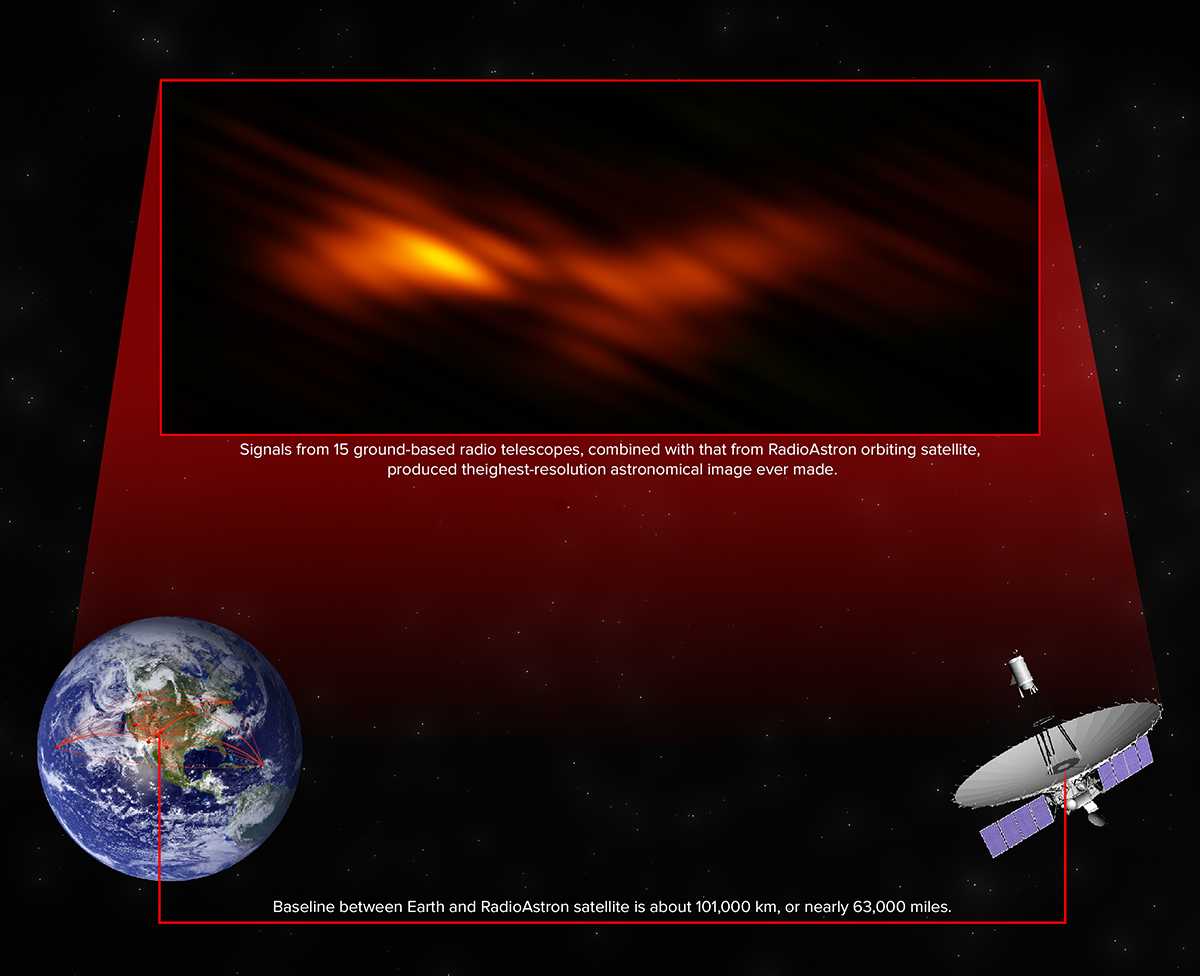 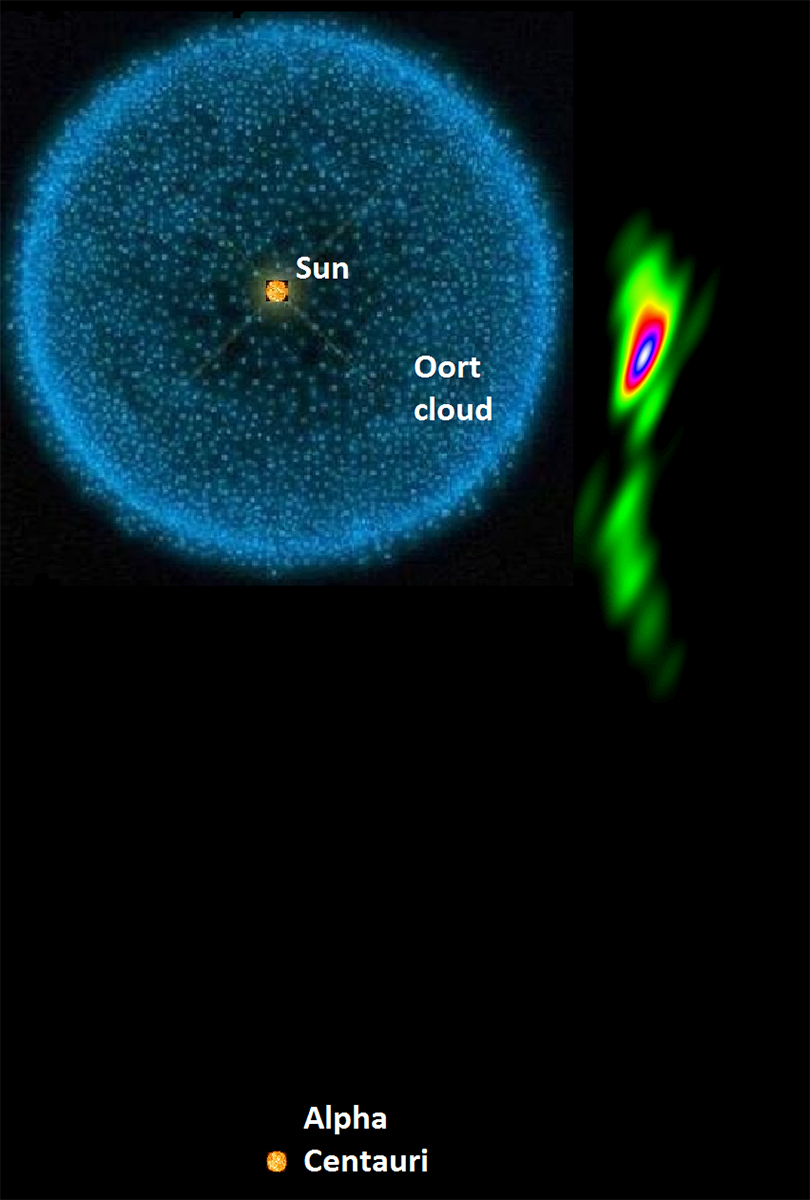