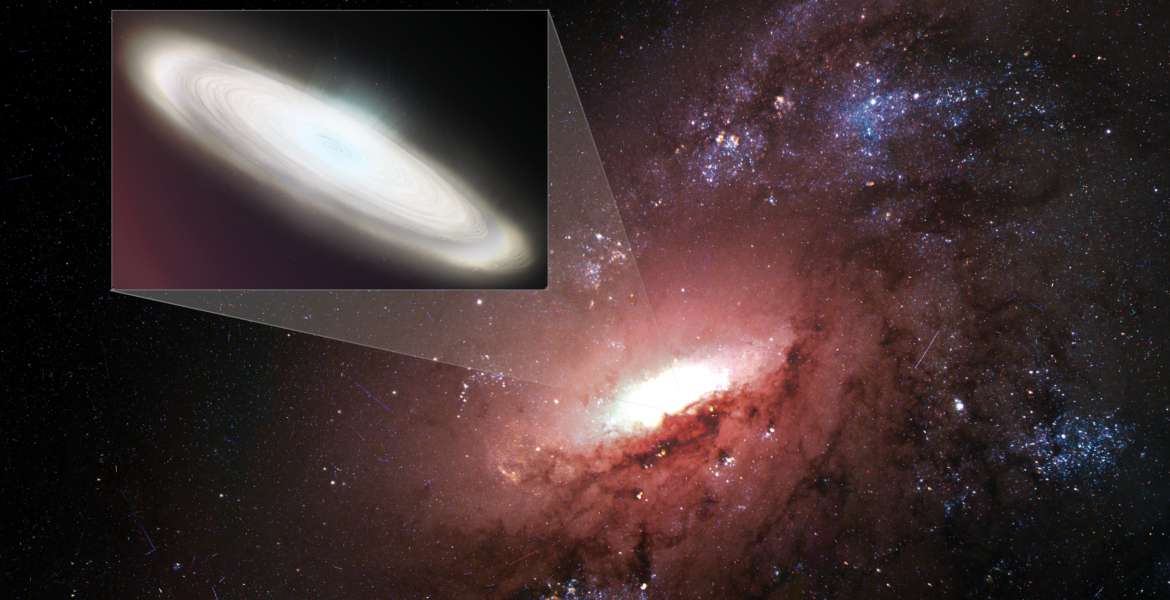 A new set of precision distance measurements made with an international collection of radio telescopes have greatly increased the likelihood that theorists need to revise the “standard model” that describes the fundamental nature of the Universe.

The new distance measurements allowed astronomers to refine their calculation of the Hubble Constant, the expansion rate of the Universe, a value important for testing the theoretical model describing the composition and evolution of the Universe. The problem is that the new measurements exacerbate a discrepancy between previously measured values of the Hubble Constant and the value predicted by the model when applied to measurements of the cosmic microwave background made by the Planck satellite.

“We find that galaxies are nearer than predicted by the standard model of cosmology, corroborating a problem identified in other types of distance measurements. There has been debate over whether this problem lies in the model itself or in the measurements used to test it. Our work uses a distance measurement technique completely independent of all others, and we reinforce the disparity between measured and predicted values. It is likely that the basic cosmological model involved in the predictions is the problem,” said James Braatz, of the National Radio Astronomy Observatory (NRAO).

Edwin Hubble, after whom the orbiting Hubble Space Telescope is named, first calculated the expansion rate of the universe (the Hubble Constant) in 1929 by measuring the distances to galaxies and their recession speeds. The more distant a galaxy is, the greater its recession speed from Earth. Today, the Hubble Constant remains a fundamental property of observational cosmology and a focus of many modern studies.

Measuring recession speeds of galaxies is relatively straightforward. Determining cosmic distances, however, has been a difficult task for astronomers. For objects in our own Milky Way Galaxy, astronomers can get distances by measuring the apparent shift in the object’s position when viewed from opposite sides of Earth’s orbit around the Sun, an effect called parallax. The first such measurement of a star’s parallax distance came in 1838.

Beyond our own Galaxy, parallaxes are too small to measure, so astronomers have relied on objects called “standard candles,” so named because their intrinsic brightness is presumed to be known. The distance to an object of known brightness can be calculated based on how dim the object appears from Earth. These standard candles include a class of stars called Cepheid variables and a specific type of stellar explosion called a Type Ia supernova.

Another method of estimating the expansion rate involves observing distant quasars whose light is bent by the gravitational effect of a foreground galaxy into multiple images. When the quasar varies in brightness, the change appears in the different images at different times. Measuring this time difference, along with calculations of the geometry of the light-bending, yields an estimate of the expansion rate.

Determinations of the Hubble Constant based on the standard candles and the gravitationally-lensed quasars have produced figures of 73-74 kilometers per second (the speed) per megaparsec (distance in units favored by astronomers).

However, predictions of the Hubble Constant from the standard cosmological model when applied to measurements of the cosmic microwave background (CMB) — the leftover radiation from the Big Bang — produce a value of 67.4, a significant and troubling difference. This difference, which astronomers say is beyond the experimental errors in the observations, has serious implications for the standard model.

The model is called Lambda Cold Dark Matter, or Lambda CDM, where “Lambda” refers to Einstein’s cosmological constant and is a representation of dark energy. The model divides the composition of the Universe mainly between ordinary matter, dark matter, and dark energy, and describes how the Universe has evolved since the Big Bang.

The Megamaser Cosmology Project focuses on galaxies with disks of water-bearing molecular gas orbiting supermassive black holes at the galaxies’ centers. If the orbiting disk is seen nearly edge-on from Earth, bright spots of radio emission, called masers — radio analogs to visible-light lasers — can be used to determine both the physical size of the disk and its angular extent, and therefore, through geometry, its distance. The project’s team uses the worldwide collection of radio telescopes to make the precision measurements required for this technique.

“Testing the standard model of cosmology is a really challenging problem that requires the best-ever measurements of the Hubble Constant. The discrepancy between the predicted and measured values of the Hubble Constant points to one of the most fundamental problems in all of physics, so we would like to have multiple, independent measurements that corroborate the problem and test the model. Our method is geometric, and completely independent of all others, and it reinforces the discrepancy,” said Dom Pesce, a researcher at the Center for Astrophysics | Harvard and Smithsonian, and lead author on the latest paper.

“The maser method of measuring the expansion rate of the universe is elegant, and, unlike the others, based on geometry. By measuring extremely precise positions and dynamics of maser spots in the accretion disk surrounding a distant black hole, we can determine the distance to the host galaxies and then the expansion rate. Our result from this unique technique strengthens the case for a key problem in observational cosmology.” said Mark Reid of the Center for Astrophysics | Harvard and Smithsonian, and a member of the Megamaser Cosmology Project team.

“Our measurement of the Hubble Constant is very close to other recent measurements, and statistically very different from the predictions based on the CMB and the standard cosmological model. All indications are that the standard model needs revision,” said Braatz.

Astronomers have various ways to adjust the model to resolve the discrepancy. Some of these include changing presumptions about the nature of dark energy, moving away from Einstein’s cosmological constant. Others look at fundamental changes in particle physics, such as changing the numbers or types of neutrinos or the possibilities of interactions among them. There are other possibilities, even more exotic, and at the moment scientists have no clear evidence for discriminating among them.

“This is a classic case of the interplay between observation and theory. The Lambda CDM model has worked quite well for years, but now observations clearly are pointing to a problem that needs to be solved, and it appears the problem lies with the model,” Pesce said.

The National Radio Astronomy Observatory is a facility of the National Science Foundation, operated under cooperative agreement by Associated Universities,
Inc. 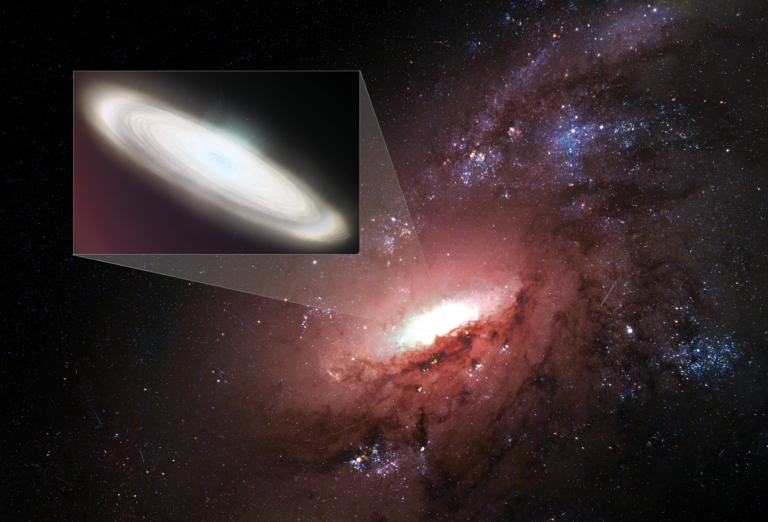 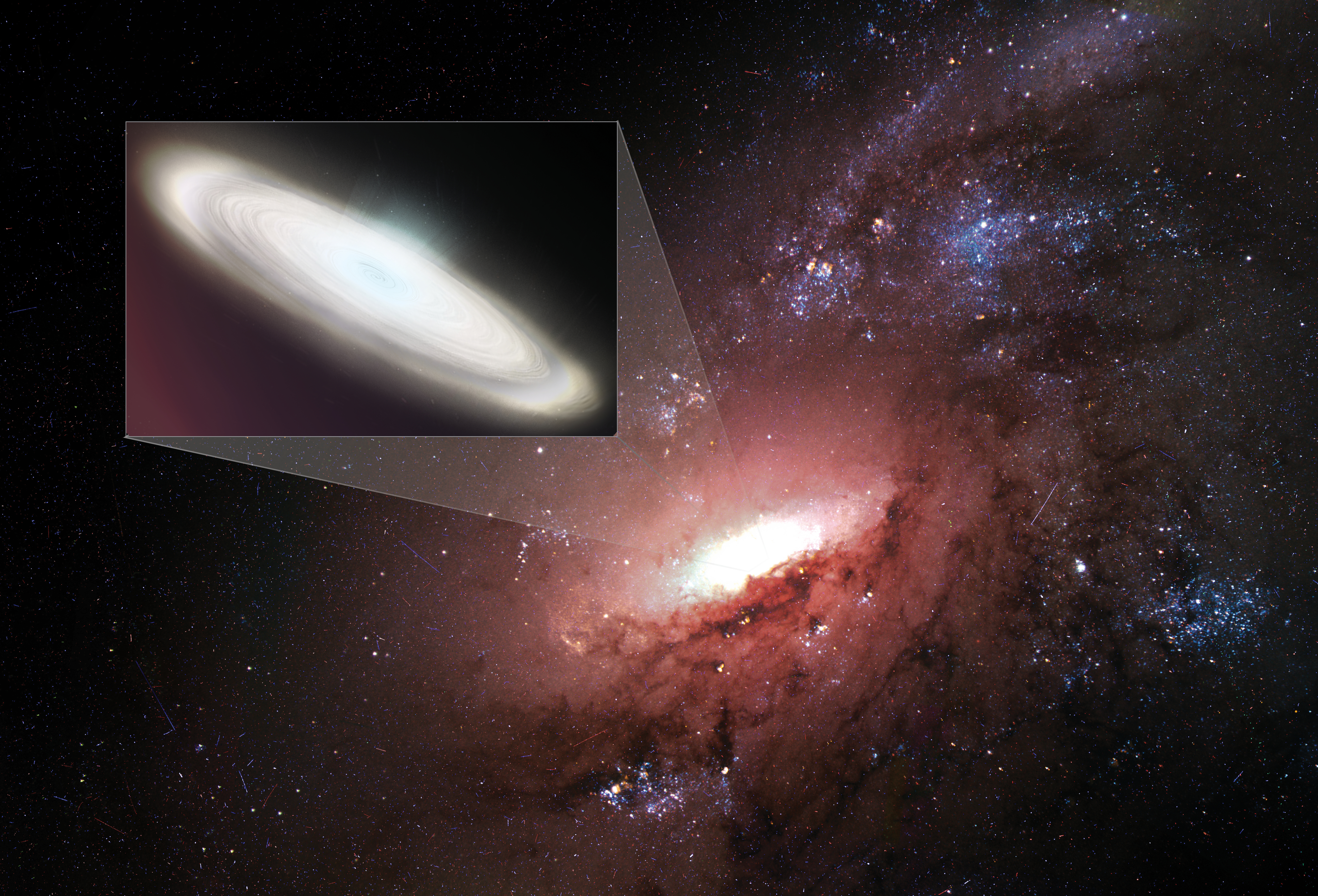