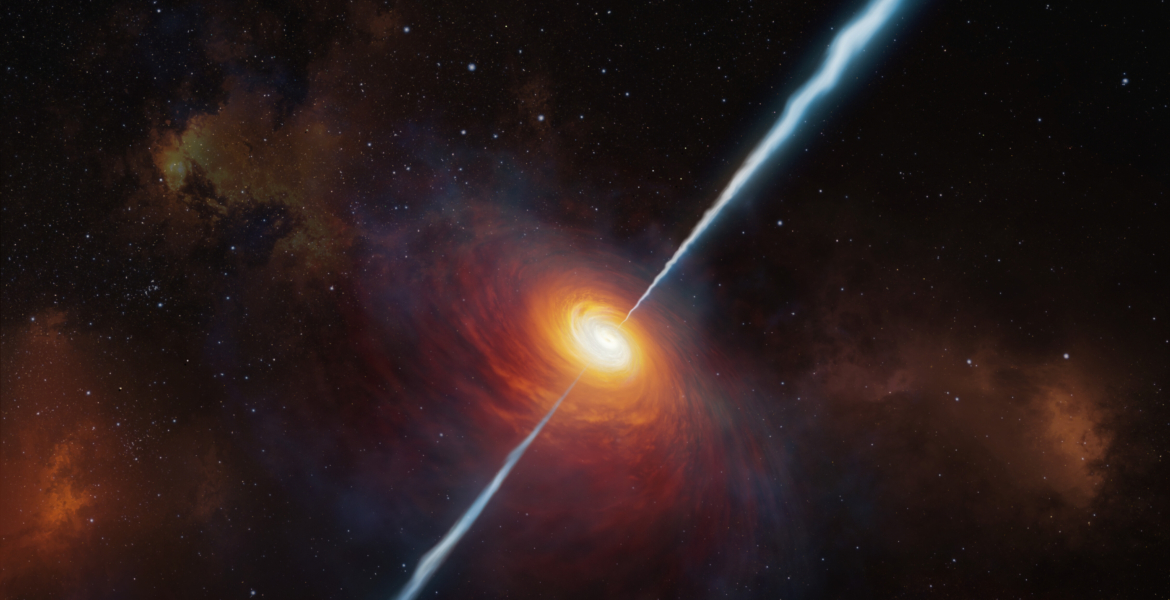 Astronomers using the National Science Foundation’s Karl G. Jansky Very Large Array (VLA) and Very Long Baseline Array (VLBA) have found and studied the most distant cosmic jet discovered so far — a jet of material propelled to nearly the speed of light by the supermassive black hole in a quasar some 13 billion light-years from Earth. The quasar is seen as it was when the universe was only 780 million years old, and is providing scientists with valuable information about how galaxies evolved and supermassive black holes grew when the universe was that young.

The studies indicate that the quasar — a galaxy harboring a black hole 300 million times more massive than the Sun — has a jet of fast-moving particles only about 1,000 years old. While other quasars have been found at its distance and beyond, it is the first found at such a distance with the strong radio emission indicating an active jet. Only a small fraction of quasars have such jets.

“The black holes at the cores of many of these very distant quasars are so massive that they challenge our understanding of how they could have grown in the relatively short time available to them that early in the universe’s history. One possibility is that jets provided a mechanism that allowed the black holes to grow more quickly. Finding a jet in a quasar at this epoch is an exciting clue about this question,” said Emmanuel Momjian, of the National Radio Astronomy Observatory (NRAO).

“Jets have a role in regulating star formation and the growth of their host galaxies, so this discovery is valuable to understanding these processes in the early universe,” said Chris Carilli, also of NRAO. “The jets at that time also propelled atoms and magnetic fields into what had been pristine space between the galaxies,” he added.

Finding a quasar with bright radio emission at such a distance also can help astronomers learn more about closer objects.

“Distant radio-emitting quasars at the beginning of the evolution of the cosmos also serve as beacons to study material that lies between Earth and the quasars,” said Eduardo Banados of the Max Planck Institute for Astronomy in Germany.

As radio waves pass through gas en route to Earth the gas will absorb specific wavelengths in patterns that reveal its composition.

The object, called P172+18, originally was identified as a quasar candidate in 2015 in data from the Pan-STARRS sky survey using a visible-light telescope in Hawaii. The astronomers then noted that NRAO’s FIRST survey, done with the VLA, showed a radio-emitting object at the same position. They later made infrared observations that yielded the distance to the object and the mass of the black hole.

The VLA and VLBA observations were made in 2019.

When quasars were first discovered in 1963 they greatly expanded the known distances in the universe. Their extreme brightness initially puzzled astronomers, but now is explained as powered by the gravitational energy of a supermassive black hole at the center of a galaxy. As material is drawn toward the black hole, it forms a disk — called an accretion disk — closely orbiting the black hole. Friction in the disk heats the material and makes it glow brightly. In some quasars, jets, such as those in P172+18, are propelled outward perpendicular to the accretion disk.

The astronomers are reporting their findings in the Astrophysical Journal and the Astronomical Journal. 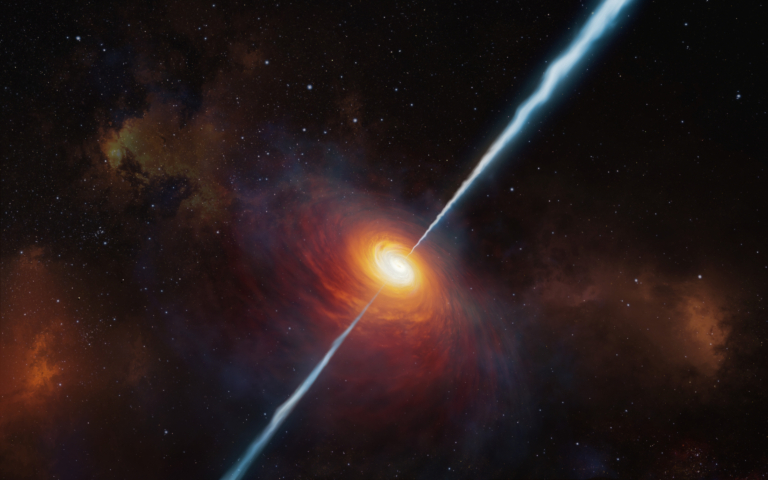 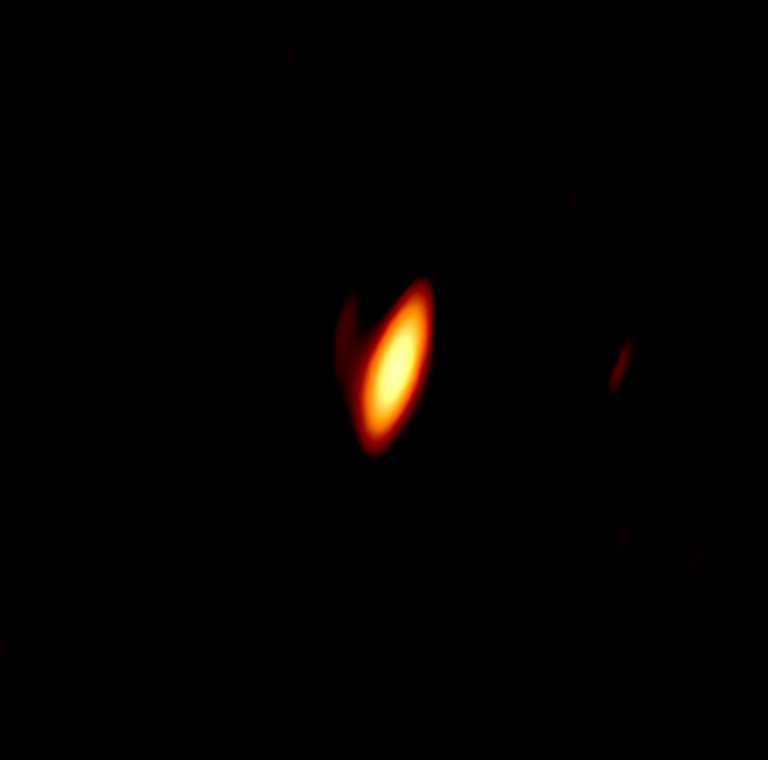 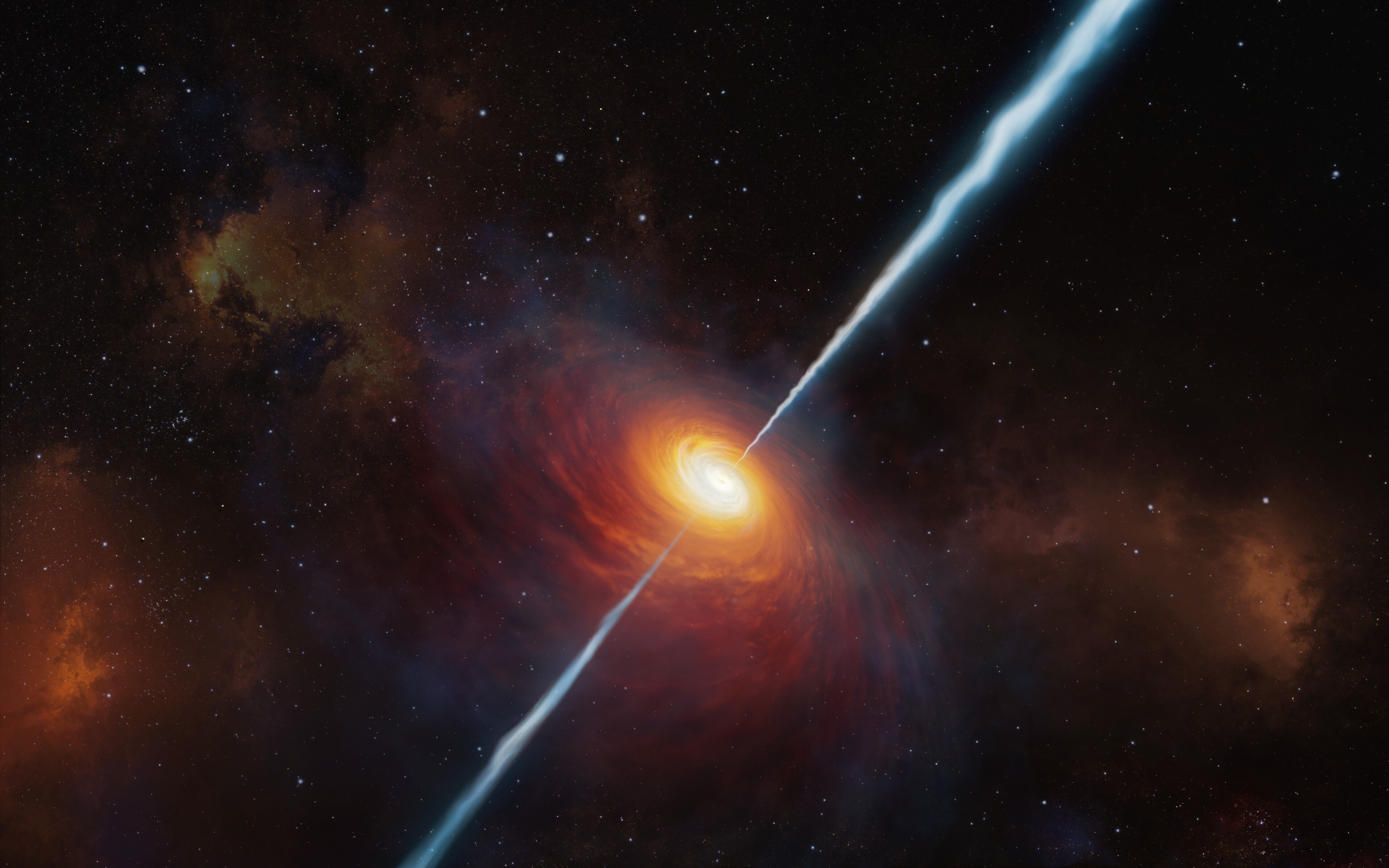 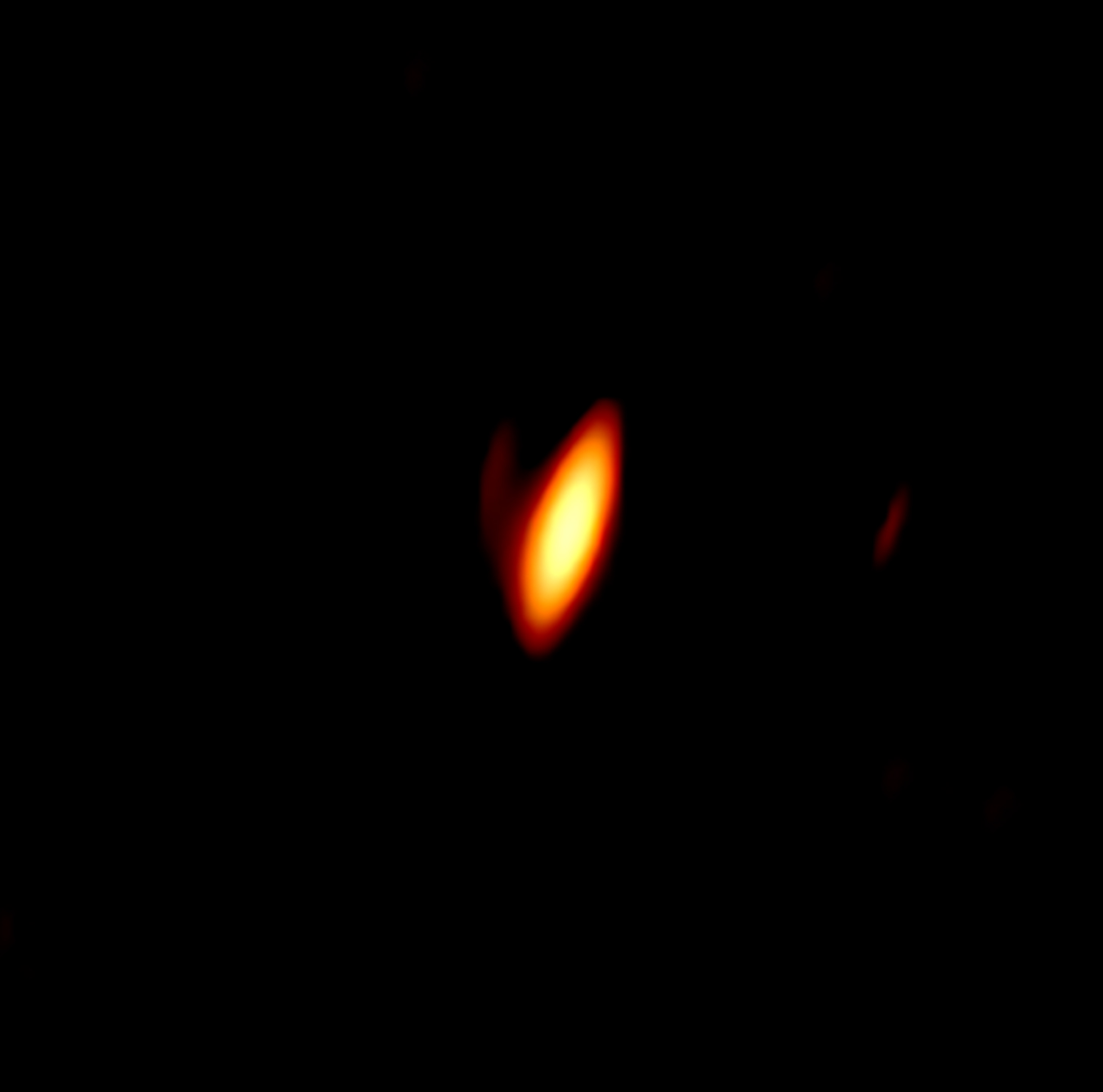