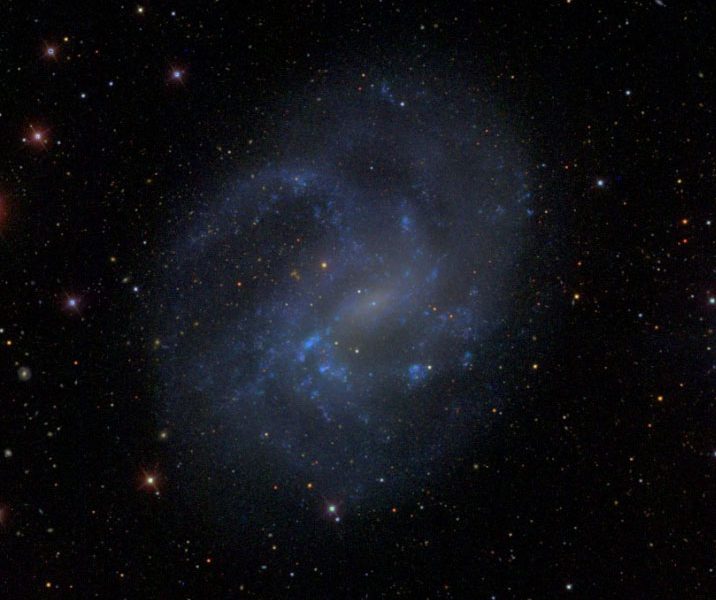 Poring through data from a large sky survey, astronomers have found more than 100 small, dwarf galaxies with characteristics indicating that they harbor massive black holes feeding on surrounding gas. The discovery confounds a common assumption that only much larger galaxies hold such monsters, and may help resolve the question of how such black holes originated and grew in the early Universe.

“We’ve shown that even small galaxies can have massive black holes and that they may be more common than previously thought,” said Amy Reines, of the National Radio Astronomy Observatory (NRAO). “This is really exciting because these little galaxies hold the clues to the origin of the first ‘seeds’ of supermassive black holes in the early Universe,” she said. Reines and her colleagues presented their findings to the American Astronomical Society’s meeting in Washington, DC.

Black holes are concentrations of mass so dense that not even light can escape their gravitational pull. Nearly all “full-sized” galaxies are known to have supermassive black holes, millions or billions of times more massive than the Sun, at their cores. Until recently, however, smaller galaxies were thought not to harbor massive black holes.

Reines, along with Jenny Greene of Princeton University and Marla Geha of Yale University, analyzed data from the Sloan Digital Sky Survey, and found more than 100 dwarf galaxies whose patterns of light emission indicated the presence of massive black holes and their feeding process.

“The galaxies are comparable in size to the Magellanic Clouds, dwarf satellite galaxies of the Milky Way,” Geha said. “Previously, such galaxies were thought to be too small to have such massive black holes,” she added.

In the nearby Universe, astronomers have found a direct relationship between the mass of a galaxy’s central black hole and a “bulge” in its center. This indicates that the black holes and the bulges may have affected each others’ growth.

While today’s larger galaxies hold black holes millions or billions of times more massive than the Sun, the dwarf galaxies in the new study have black holes roughly 100,000 times the Sun’s mass. The supermassive and massive black holes are distinct from stellar-mass black holes — only a few times the mass of the Sun — that result from the collapse of a massive star at the end of its “normal” life.

Still unknown, the scientists said, is whether the massive black holes initially began as the remnants of extremely massive early stars or some other scenario of collapsing mass.

“Getting a good census of dwarf galaxies with massive black holes is an important first step to resolving this question,” Reines said. 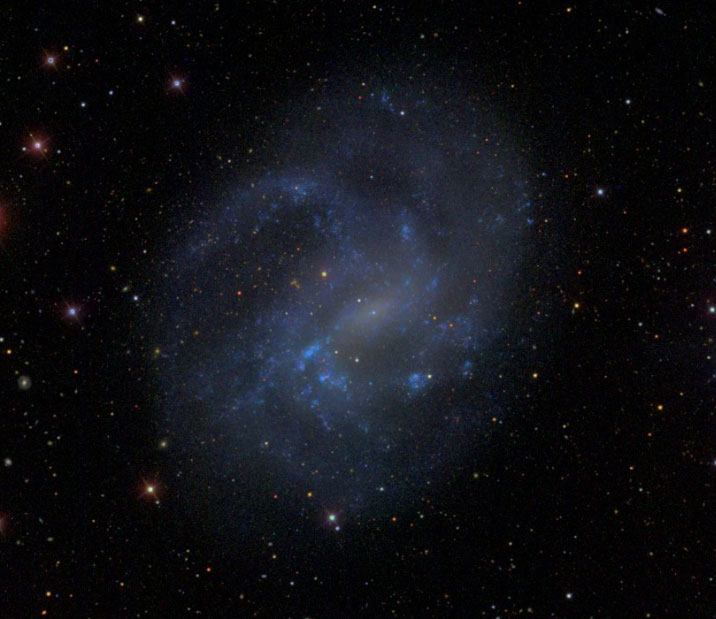