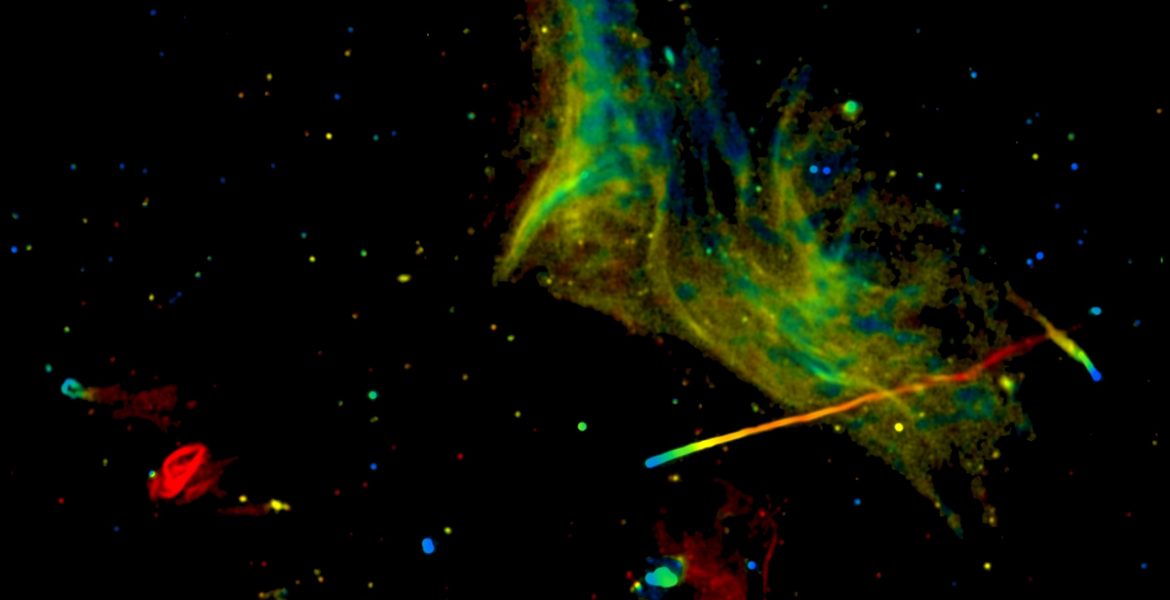 Researchers using the Karl G. Jansky Very Large Array (VLA) have produced the most detailed image yet of a fascinating region where clusters of hundreds of galaxies are colliding, creating a rich variety of mysterious phenomena visible only to radio telescopes.

The image shows a number of strange features the astronomers think are related to an ongoing collision of galaxy clusters. The region is called Abell 2256, and is about 800 million light-years from Earth and some 4 million light-years across. The image covers an area in the sky almost as large as the full moon. Studied by astronomers for more than half a century with telescopes ranging from radio to X-ray, Abell 2256 contains a fascinating variety of objects, many of whose exact origins remain unclear.

With monikers such as “Large Relic,” “Halo,” and “Long Tail,” the features in this region are seen in greater fidelity than ever before, said Frazer Owen, of the National Radio Astronomy Observatory (NRAO). “The image reveals details of the interactions between the two merging clusters and suggests that previously unexpected physical processes are at work in such encounters,” he said.

Owen worked with Lawrence Rudnick of the University of Minnesota; Jean Eilek of New Mexico Tech; and Urvashi Rau, Sanjay Bhatnagar, and Leonid Kogan of NRAO. The researchers presented their results in the Astrophysical Journal. 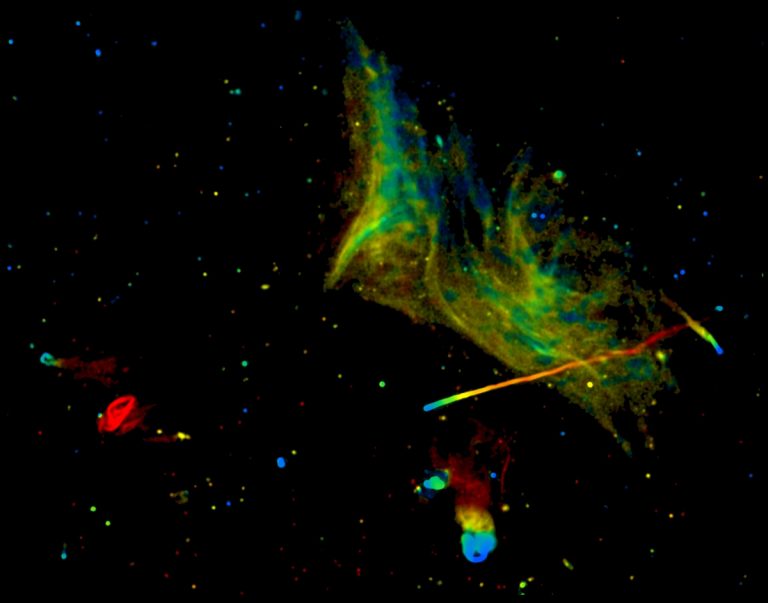 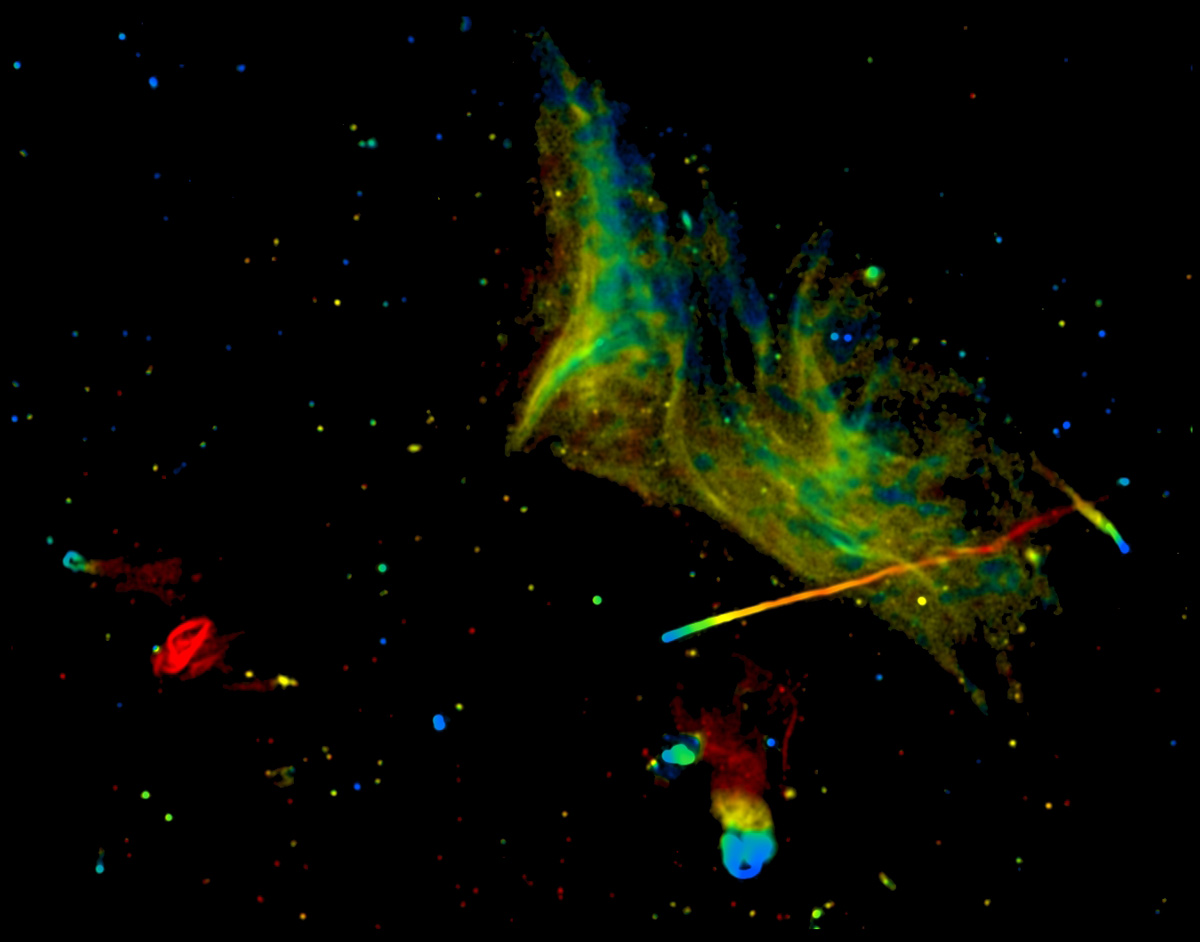