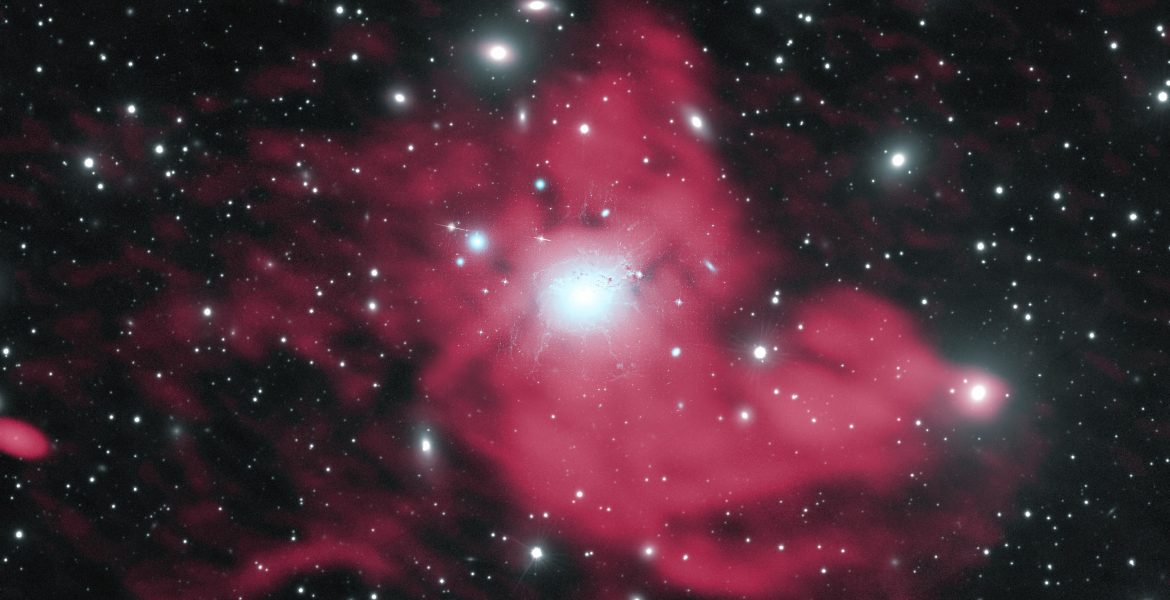 Astronomers using the National Science Foundation’s Karl G. Jansky Very Large Array (VLA) have discovered new details that are helping them decipher the mystery of how giant radio-emitting structures are formed at the center of a cluster of galaxies.

The sizes of the mini-haloes have presented a puzzle to astronomers. As the particles travel away from the cluster’s center, they should slow down and stop emitting radio waves long before they reach the distances observed, according to theory.

“At large distances from the central galaxy, we don’t expect to be able to see these haloes,” said Marie-Lou Gendron-Marsolais, of the University of Montreal. “However, we do see them and we want to know why,” she added.

The astronomers took advantage of the upgraded capabilities of the VLA to make new images of the Perseus Cluster that were both more sensitive to fainter radio emissions and provided higher resolution than previous radio observations.

“The new VLA images provided an unprecedented view of the mini-halo by revealing a multitude of new structures within it,” said Julie Hlavacek-Larrondo, also of the University of Montreal. “These structures tell us that the origin of the radio emission is not as simple as we thought,” she said.

“This would help explain the rich variety of complex structures that we see,” Gendron-Marsolais said.

“The high-quality images that the upgraded VLA can produce will be key to helping us gain new insights into these mini-haloes in our quest to understand their origin,” Hlavacek-Larrondo said.

The VLA, built during the 1970s, was equipped with all-new electronics to bring it up to the technological state of the art by a decade-long project completed in 2012. The images of the Perseus Cluster were made using a new low frequency receiver system funded by the Naval Research Laboratory (NRL) and built through collaboration between NRL and the National Radio Astronomy Observatory.

Gendron-Marsolais and Hlavacek-Larrondo, along with an international team of researchers, are reporting their findings in the Monthly Notices of the Royal Astronomical Society.

This research is being published in a paper entitled, Deep 230-470 MHz VLA observations of the mini-halo in the Perseus cluster: 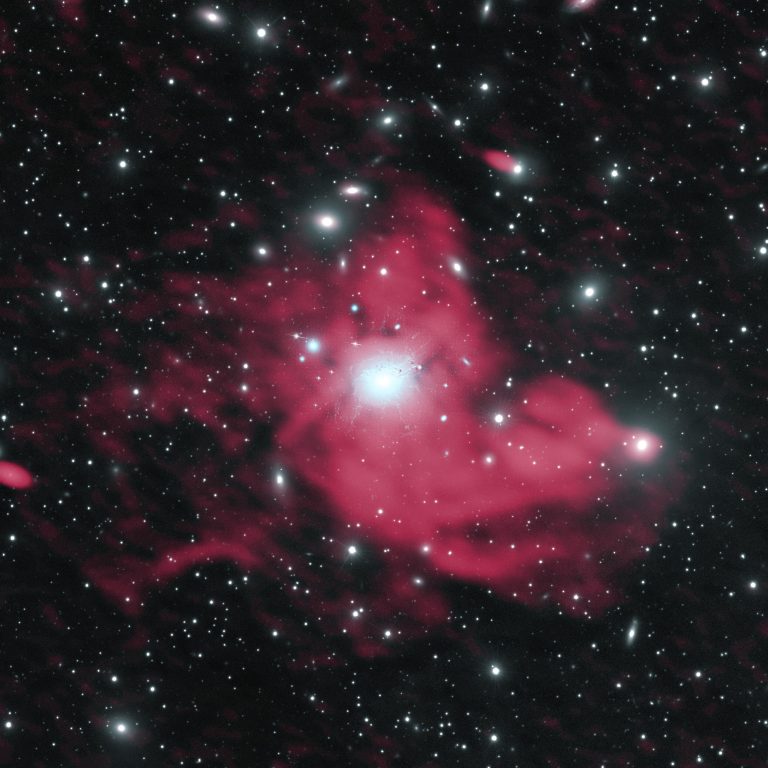 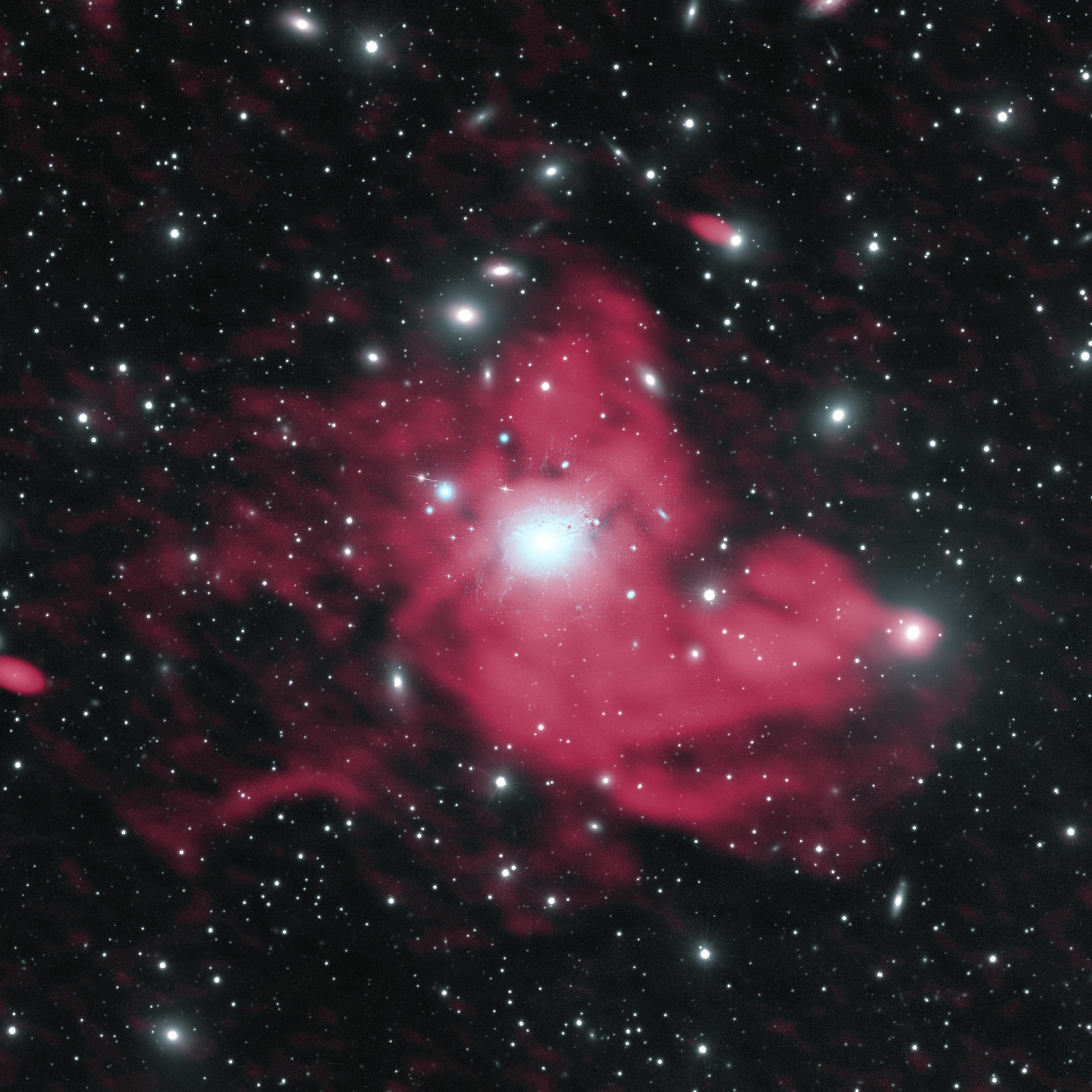