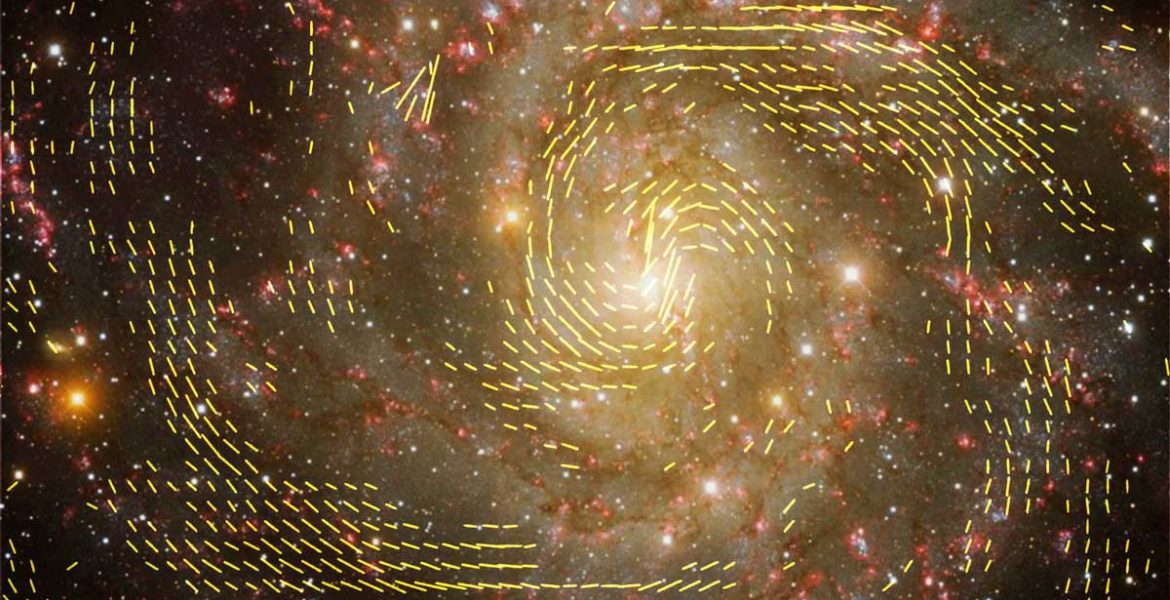 Astronomers making a detailed, multi-telescope study of a nearby galaxy have discovered a magnetic field coiled around the galaxy’s main spiral arm. The discovery, they said, helps explain how galactic spiral arms are formed. The same study also shows how gas can be funneled inward toward the galaxy’s center, which possibly hosts a black hole.

“This study helps resolve some major questions about how galaxies form and evolve,” said Rainer Beck, of the Max-Planck Institute for Radio Astronomy (MPIfR), in Bonn, Germany.

The scientists studied a galaxy called IC 342, some 10 million light-years from Earth, using the National Science Foundation’s Karl G. Jansky Very Large Array (VLA), and the MPIfR’s 100-meter Effelsberg radio telescope in Germany. Data from both radio telescopes were merged to reveal the magnetic structures of the galaxy.

The surprising result showed a huge, helically-twisted loop coiled around the galaxy’s main spiral arm. Such a feature, never before seen in a galaxy, is strong enough to affect the flow of gas around the spiral arm.

The new observations provided clues to another aspect of the galaxy, a bright central region that may host a black hole and also is prolifically producing new stars. To maintain the high rate of star production requires a steady inflow of gas from the galaxy’s outer regions into its center.

“The magnetic field lines at the inner part of the galaxy point toward the galaxy’s center, and would support an inward flow of gas,” Beck said.

The scientists mapped the galaxy’s magnetic-field structures by measuring the orientation, or polarization, of the radio waves emitted by the galaxy. The orientation of the radio waves is perpendicular to that of the magnetic field. Observations at several wavelengths made it possible to correct for rotation of the waves’ polarization plane caused by their passage through interstellar magnetic fields along the line of sight to Earth.

The Effelsberg telescope, with its wide field of view, showed the full extent of IC 342, which, if not partially obscured to visible-light observing by dust clouds within our own Milky Way Galaxy, would appear as large as the full moon in the sky. The high resolution of the VLA, on the other hand, revealed the finer details of the galaxy. The final image, showing the magnetic field, was produced by combining five VLA images made with 24 hours of observing time, along with 30 hours of data from Effelsberg.

Scientists from MPIfR, including Beck. were the first to detect polarized radio emission in galaxies, starting with Effelsberg observations of the Andromeda Galaxy in 1978. Another MPIfR scientist, Marita Krause, made the first such detection with the VLA in 1989, with observations that included IC 342, which is the third-closest spiral galaxy to Earth, after the Andromeda Galaxy (M31) and the Triangulum Galaxy (M33).

Beck reported the results of the research in the journal Astronomy & Astrophysics. 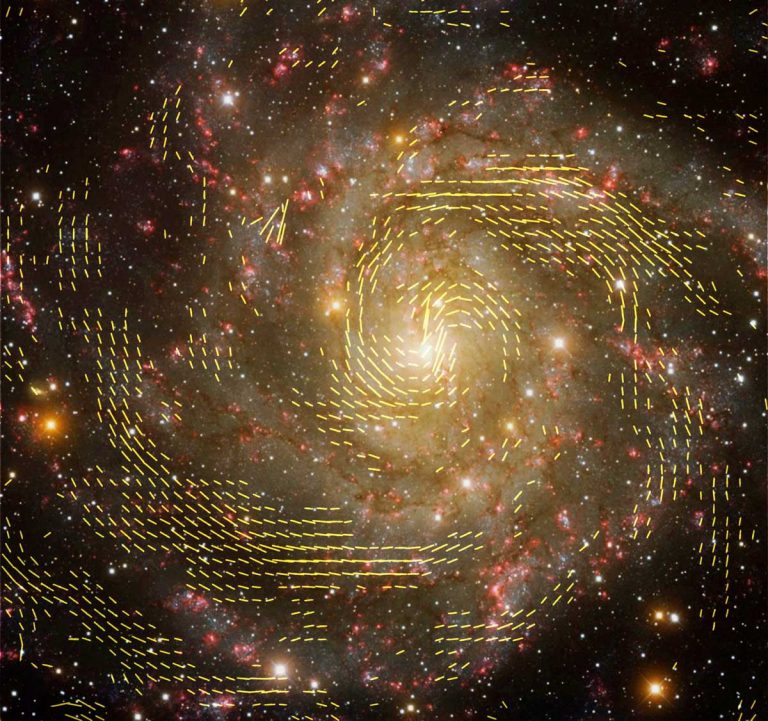 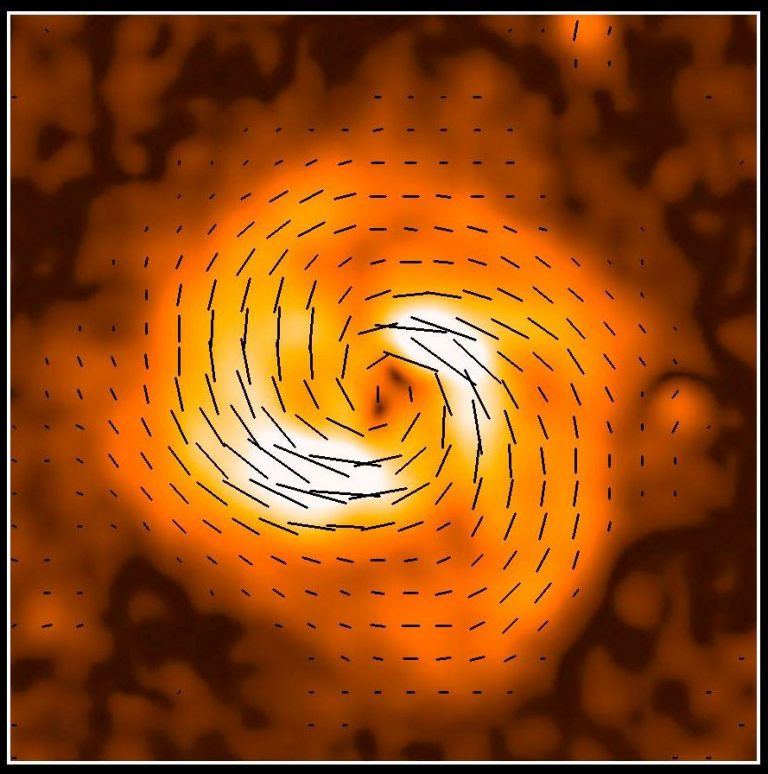 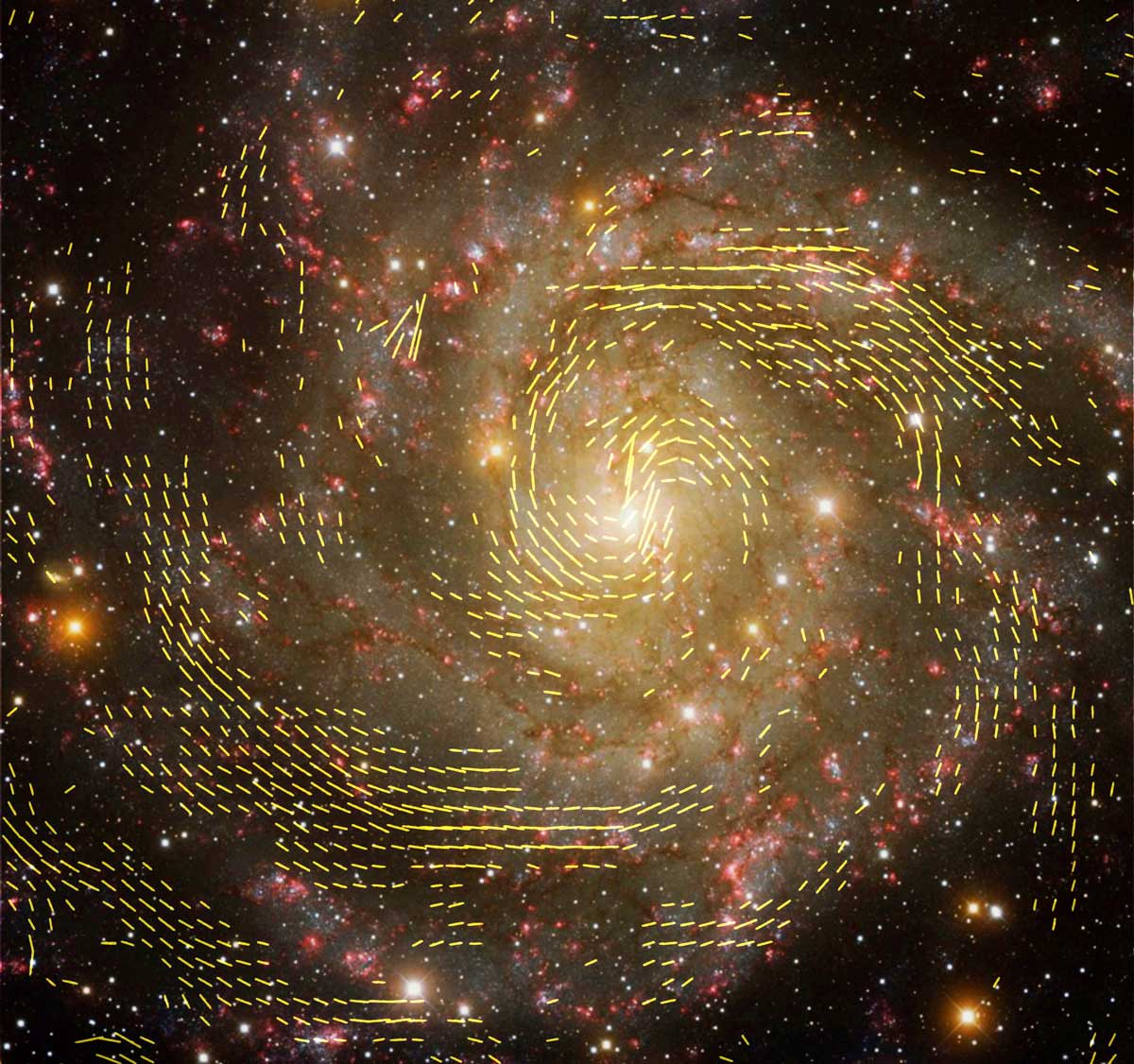 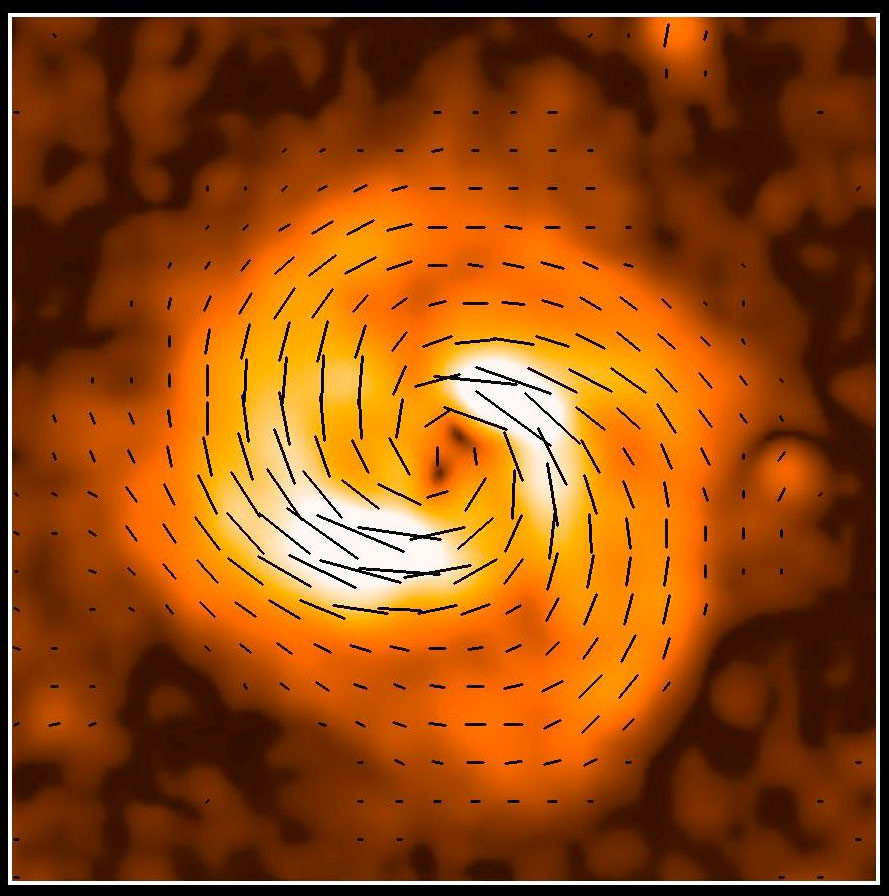