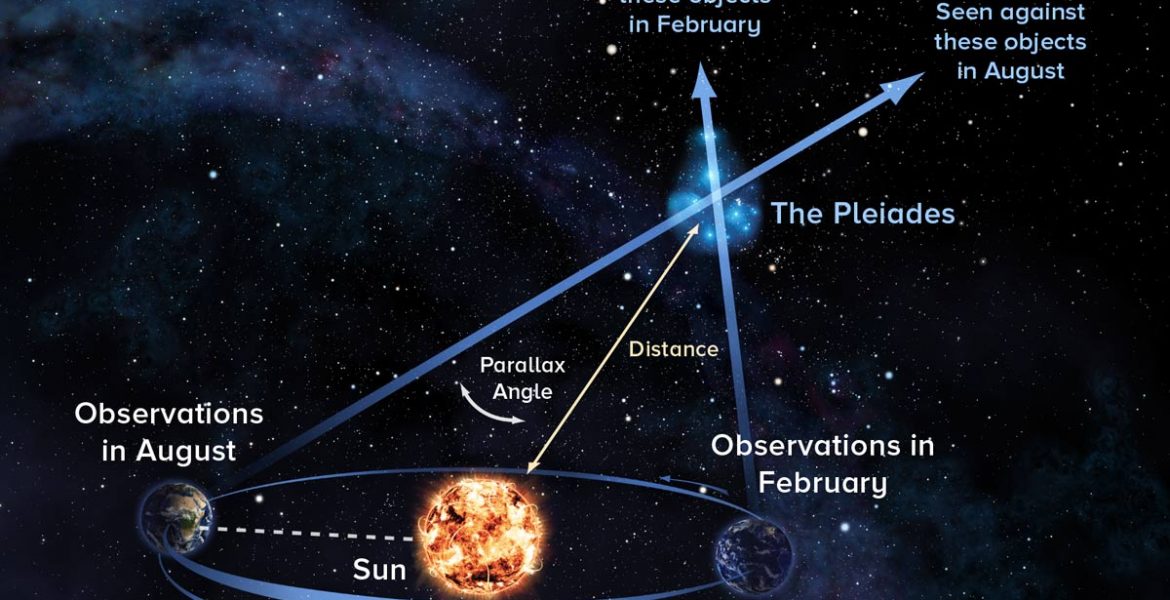 Astronomers have used a worldwide network of radio telescopes to resolve a controversy over the distance to a famous star cluster — a controversy that posed a potential challenge to scientists’ basic understanding of how stars form and evolve. The new work shows that the measurement made by a cosmic-mapping research satellite was wrong.

The astronomers studied the Pleiades, the famous “Seven Sisters” star cluster in the constellation Taurus, easily seen in the winter sky. The cluster includes hundreds of young, hot stars formed about 100 million years ago. As a nearby example of such young clusters, the Pleiades have served as a key “cosmic laboratory” for refining scientists’ understanding of how similar clusters form. In addition, astronomers have used the measured physical characteristics of Pleiades stars as a tool for estimating the distance to other, more distant, clusters.

Until the 1990s, the consensus was that the Pleiades are about 430 light-years from Earth. However, the European satellite Hipparcos, launched in 1989 to precisely measure the positions and distances of thousands of stars, produced a distance measurement of only about 390 light-years.

“That may not seem like a huge difference, but, in order to fit the physical characteristics of the Pleiades stars, it challenged our general understanding of how stars form and evolve,” said Carl Melis, of the University of California, San Diego. “To fit the Hipparcos distance measurement, some astronomers even suggested that some type of new and unknown physics had to be at work in such young stars,” he added.

To solve the problem, Melis and his colleagues used a global network of radio telescopes to make the most accurate possible distance measurement. The network included the Very Long Baseline Array (VLBA), a system of 10 radio telescopes ranging from Hawaii to the Virgin Islands; the Robert C. Byrd Green Bank Telescope in West Virginia; the 1,000-foot-diameter William E. Gordon Telescope of the Arecibo Observatory in Puerto Rico; and the Effelsberg Radio Telescope in Germany.

“Using these telescopes working together, we had the equivalent of a telescope the size of the Earth,” said Amy Miouduszewski, of the National Radio Astronomy Observatory (NRAO). “That gave us the ability to make extremely accurate position measurements — the equivalent of measuring the thickness of a quarter in Los Angeles as seen from New York,” she added.

The astronomers used this system to observe several Pleiades stars over about a year and a half to precisely measure the apparent shift in each star’s position caused by the Earth’s rotation around the Sun. Seen at opposite ends of the Earth’s orbit, a star appears to move slightly against the backdrop of more-distant cosmic objects. Called parallax, the technique is the most accurate distance-measuring method astronomers have, and relies on simple trigonometry.

The result of their work is a distance to the Pleiades of 443 light-years, accurate, the astronomers said, to within one percent. This is the most accurate and precise measurement yet made of the Pleiades distance.

“This is a relief,” Melis said, because the newly-measured distance is close enough to the pre-Hipparcos distance that the standard scientific models of star formation accurately represent the stars in the Pleiades.

“The question now is what happened to Hipparcos?” Melis said. Over four years of operation, the spacecraft measured distances to 118,000 stars. The cause of its error in measuring the distance to the Pleiades is unknown. Another spacecraft, Gaia, launched in December of 2013, will use similar technology to measure distances of about one billion stars.

“Radio-telescope systems such as the one we used for the Pleiades will provide a crucial cross-check to insure the accuracy of Gaia’s measurements,” said Mark Reid, of the Harvard-Smithsonian Center for Astrophysics.

Many ancient cultures, including Native Americans, used the Pleiades as a test of vision. The more Pleiades stars one can discern — typically five to nine — the better one’s vision.

“Now we’ve used a system that provides modern astronomy’s sharpest ‘vision’ to solve a longstanding scientific debate about the Pleiades themselves,” said Melis.

Melis, Miouduszewski, and Reid worked with John Stauffer of the Spitzer Science Center, and Geoffrey Bower of the Academia Sinica Institute of Astronomy and Astrophysics. The scientists published their findings in the 29 August issue of the journal Science. 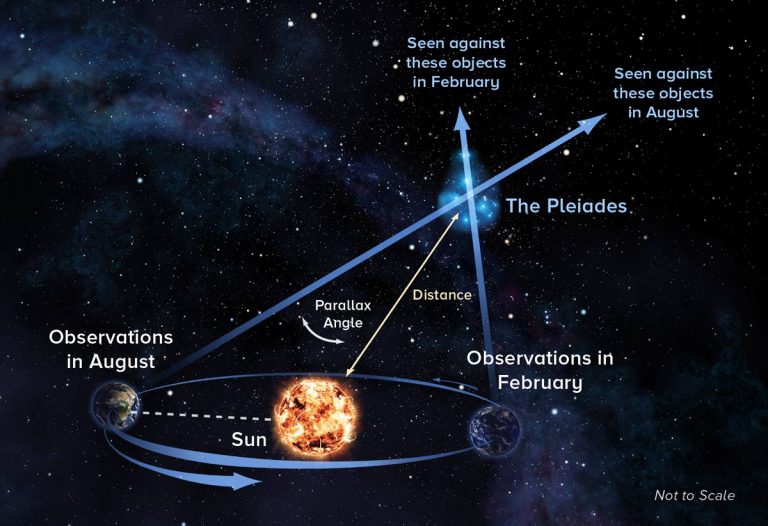 With parallax technique, astronomers observe object at opposite ends of Earth's orbit around the Sun...Read More
Credit: Alexandra Angelich, NRAO/AUI/NSF 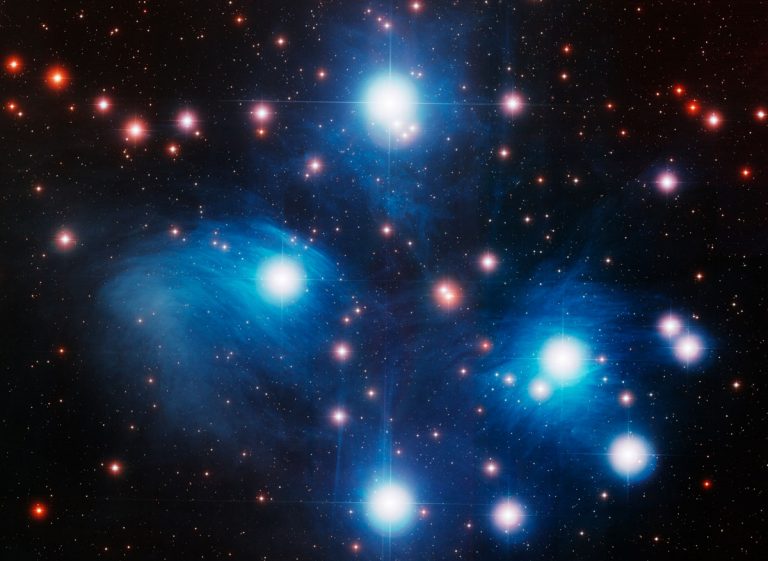 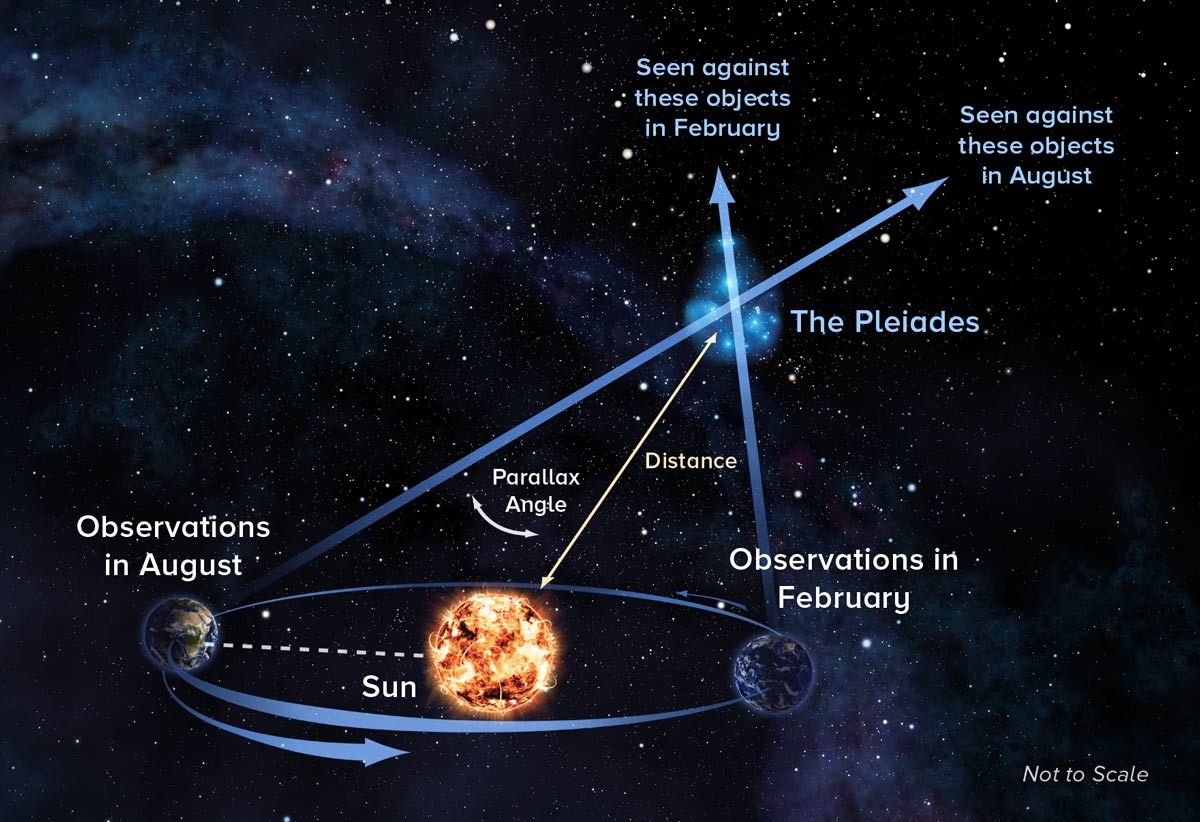 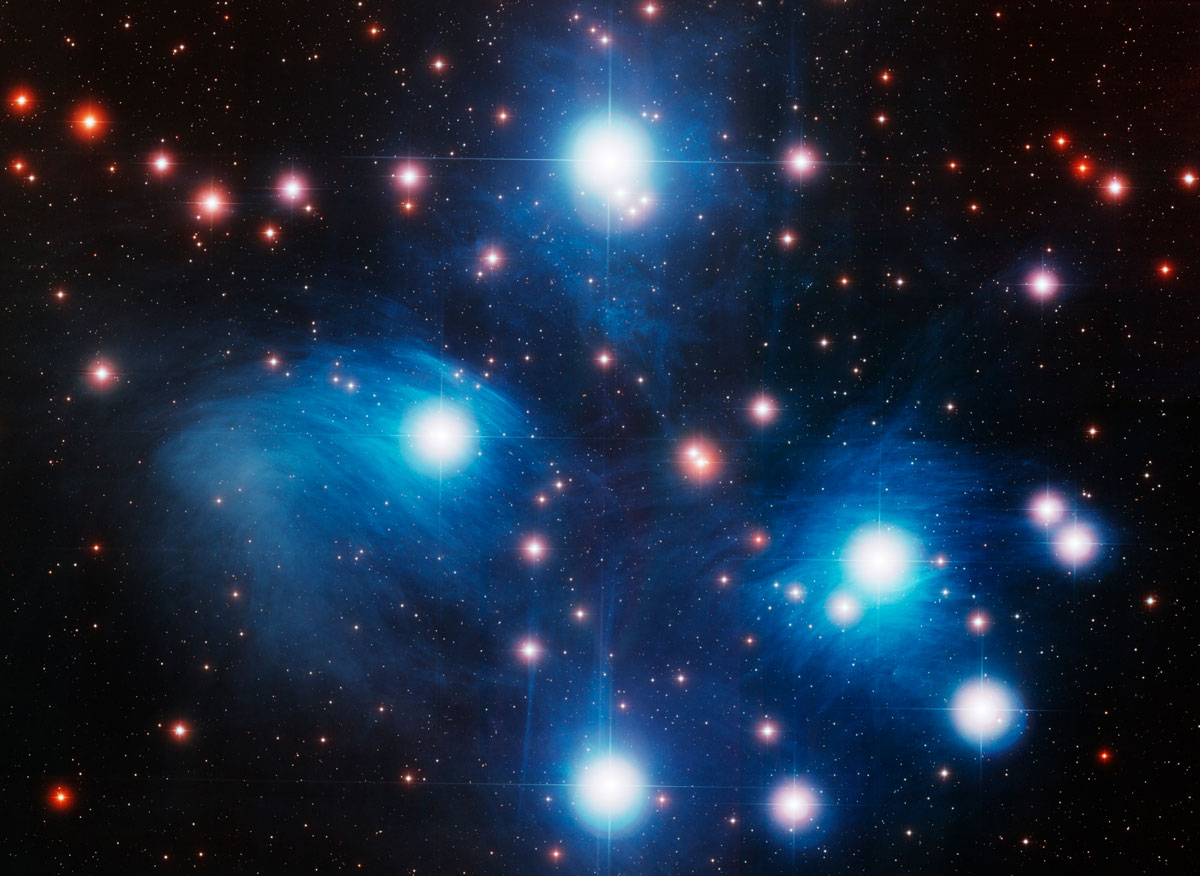