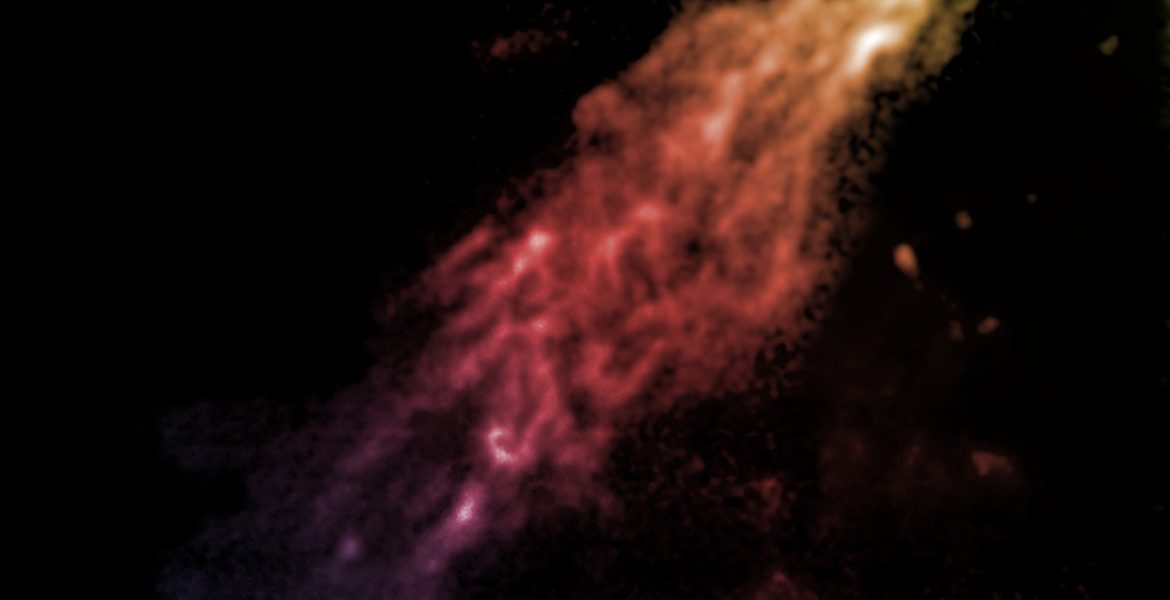 Like a bullet wrapped in a full metal jacket, a high-velocity hydrogen cloud hurtling toward the Milky Way appears to be encased in a shell of dark matter, according to a new analysis of data from the National Science Foundation’s Robert C. Byrd Green Bank Telescope (GBT). Astronomers believe that without this protective shell, the high-velocity cloud (HVC) known as the Smith Cloud would have disintegrated long ago when it first collided with the disk of our Galaxy.

If confirmed by further observations, a halo of dark matter could mean that the Smith Cloud is actually a failed dwarf galaxy, an object that has all the right stuff to form a true galaxy, just not enough to produce stars.

“The Smith Cloud is really one of a kind. It’s fast, quite extensive, and close enough to study in detail,” said Matthew Nichols with the Sauverny Observatory in Switzerland and principal author on a paper accepted for publication in the Monthly Notices of the Royal Astronomical Society. “It’s also a bit of a mystery; an object like this simply shouldn’t survive a trip through the Milky Way, but all the evidence points to the fact that it did.”

Previous studies of the Smith Cloud revealed that it first passed through our Galaxy many millions of years ago. By reexamining and carefully modeling the cloud, astronomers now believe that the Smith Cloud contains and is actually wrapped in a substantial “halo” of dark matter — the gravitationally significant yet invisible stuff that makes up roughly 80 percent of all the matter in the Universe.

“Based on the currently predicted orbit, we show that a dark matter free cloud would be unlikely to survive this disk crossing,” observed Jay Lockman, an astronomer at the National Radio Astronomy Observatory in Green Bank, West Virginia, and one of the coauthors on the paper. “While a cloud with dark matter easily survives the passage and produces an object that looks like the Smith Cloud today.”

The Milky Way is swarmed by hundreds of high-velocity clouds, which are made up primarily of hydrogen gas that is too rarefied to form stars in any detectable amount. The only way to observe these objects, therefore, is with exquisitely sensitive radio telescopes like the GBT, which can detect the faint emission of neutral hydrogen. If it were visible with the naked eye, the Smith Cloud would cover almost as much sky as the constellation Orion.

Most high-velocity clouds share a common origin with the Milky Way, either as the leftover building blocks of galaxy formation or as clumps of material launched by supernovas in the disk of the galaxy. A rare few, however, are interlopers from farther off in space with their own distinct pedigree. A halo of dark matter would strengthen the case for the Smith Cloud being one of these rare exceptions.

Currently, the Smith Cloud is about 8,000 light-years away from the disk of our Galaxy. It is moving toward the Milky Way at more than 150 miles per second and is predicted to impact again in approximately 30 million years.

“If confirmed to have dark matter this would in effect be a failed galaxy,” said Nichols. “Such a discovery would begin to show the lower limit of how small a galaxy could be.” The researchers believe this could also improve our understanding of the Milky Way’s earliest star formation. 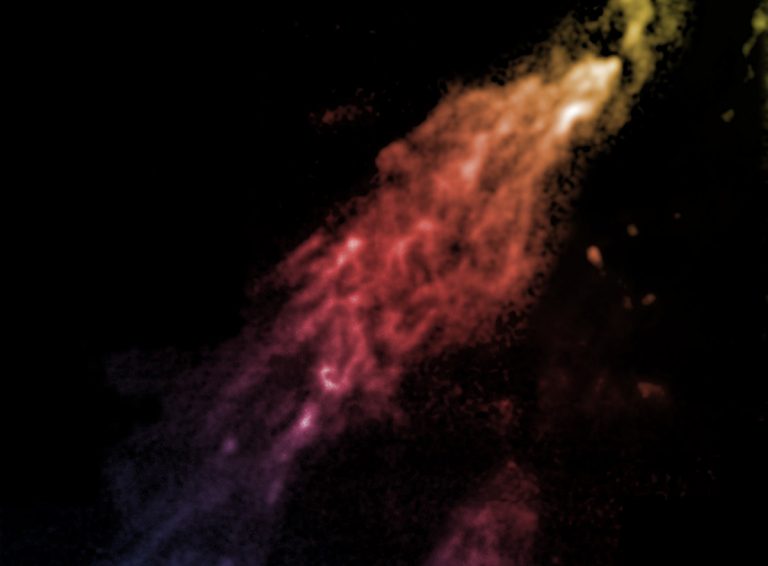 A false-color image of the Smith Cloud made with data from the Green Bank Telescope...Read More
Credit: NRAO/AUI/NSF 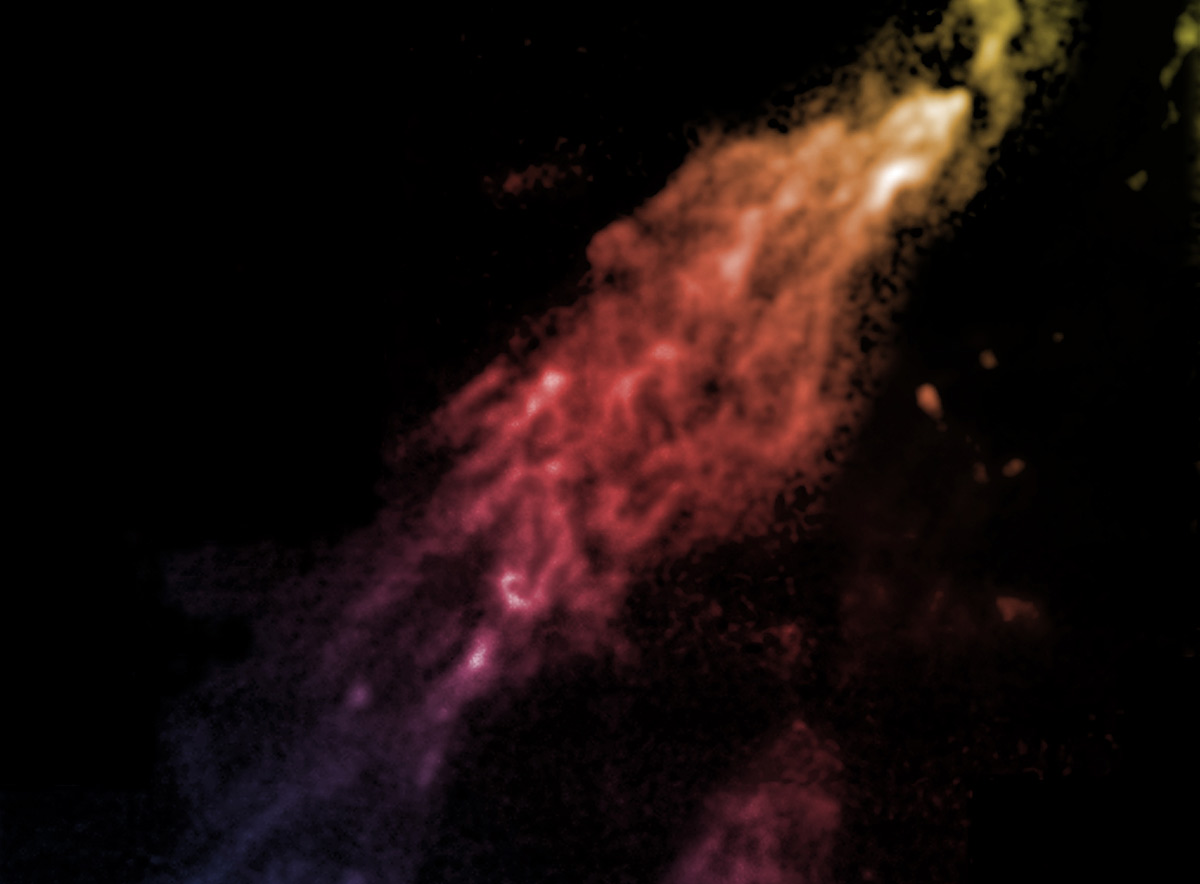