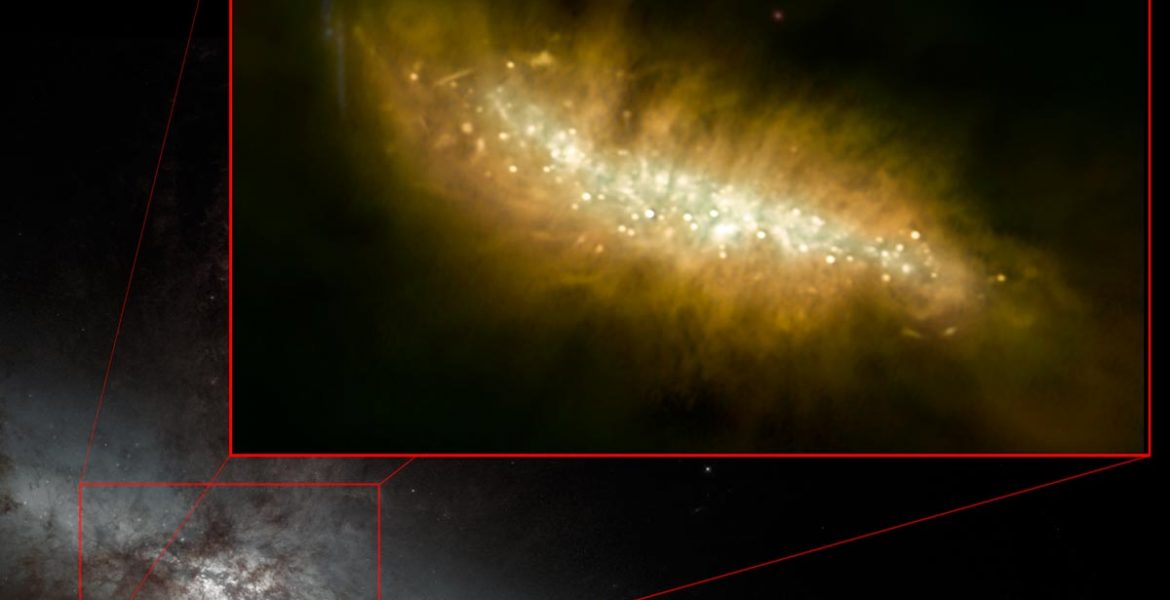 Messier 82 (M82), the galaxy in which the nearest supernova in decades recently exploded, also is the closest galaxy that is undergoing a rapid burst of star formation, known as a starburst. About 12 million light-years away, it is seen nearly edge-on, as shown in the larger, visible-light image from the Hubble Space Telescope. The inset is a new radio image, made with the Karl G. Jansky Very Large Array (VLA), that reveals fresh information about the central 5200 light-years of the galaxy. The radio emission seen here is produced by ionized gas and by fast-moving electrons interacting with the interstellar magnetic field. The bright dots are a mix of star-forming regions and supernova remnants, the debris from stellar explosions; analysis of the VLA data tells scientists which of these are which. Scientists also are studying the faint, wispy features, many of which were previously unseen, to investigate their relationship with this galaxy’s starburst-driven superwind. Supernova 2014J is located outside the inset, to the right. VLA observations to date show that, like all other supernovae of its particular type, SN 2014J has not yet been found to be emitting radio waves. 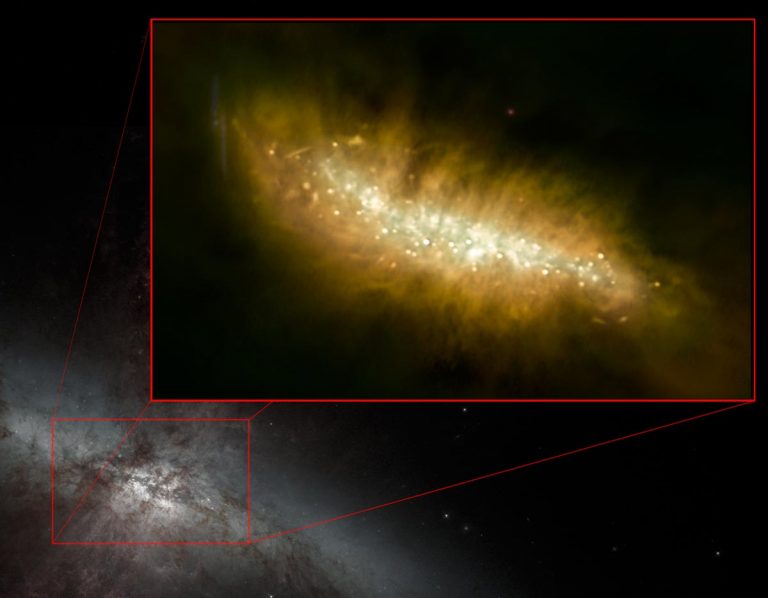 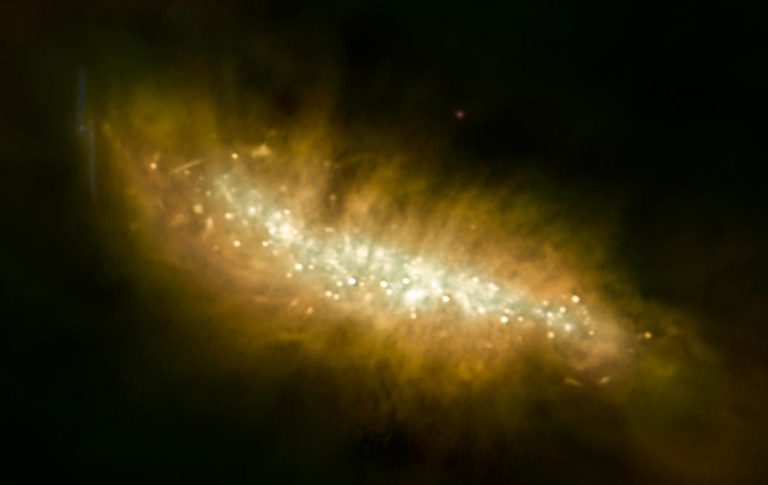 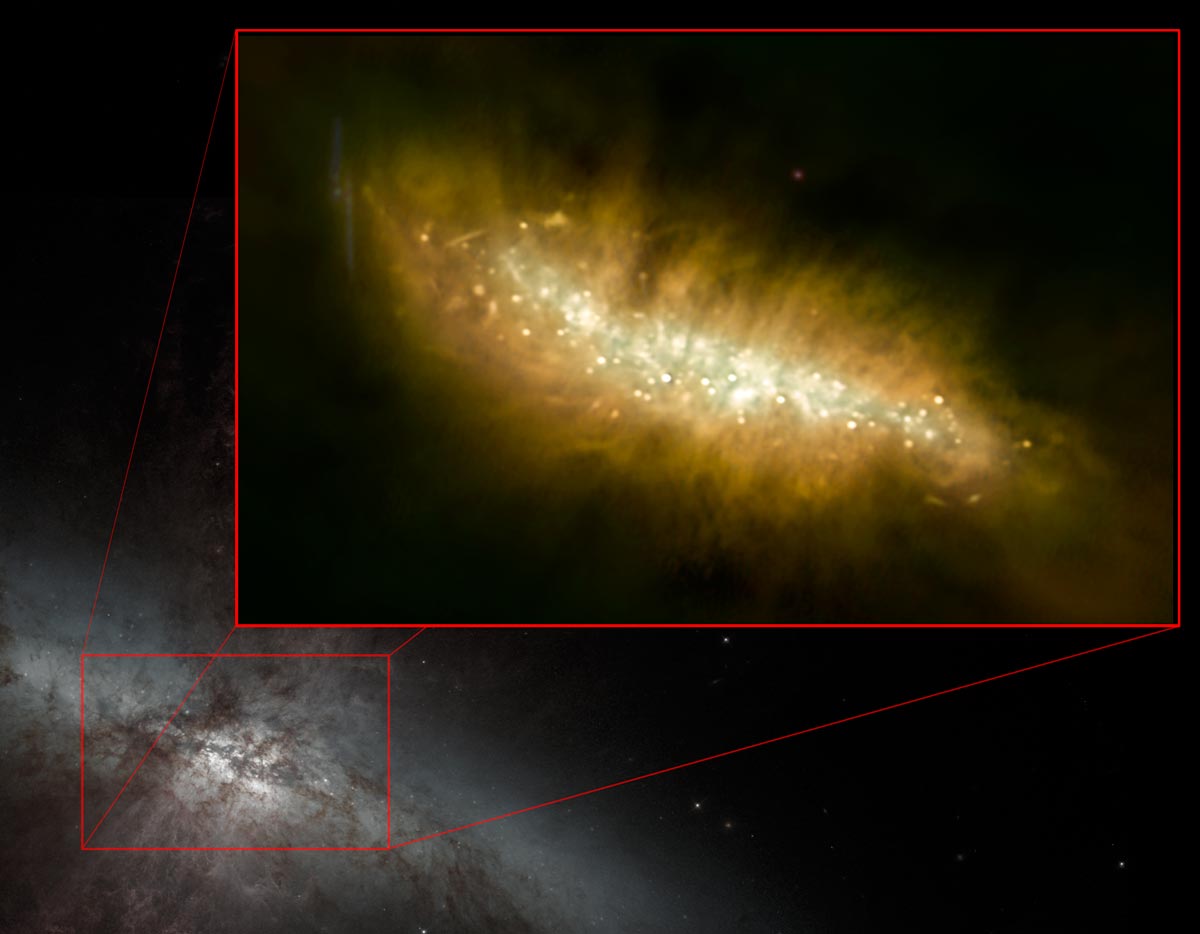 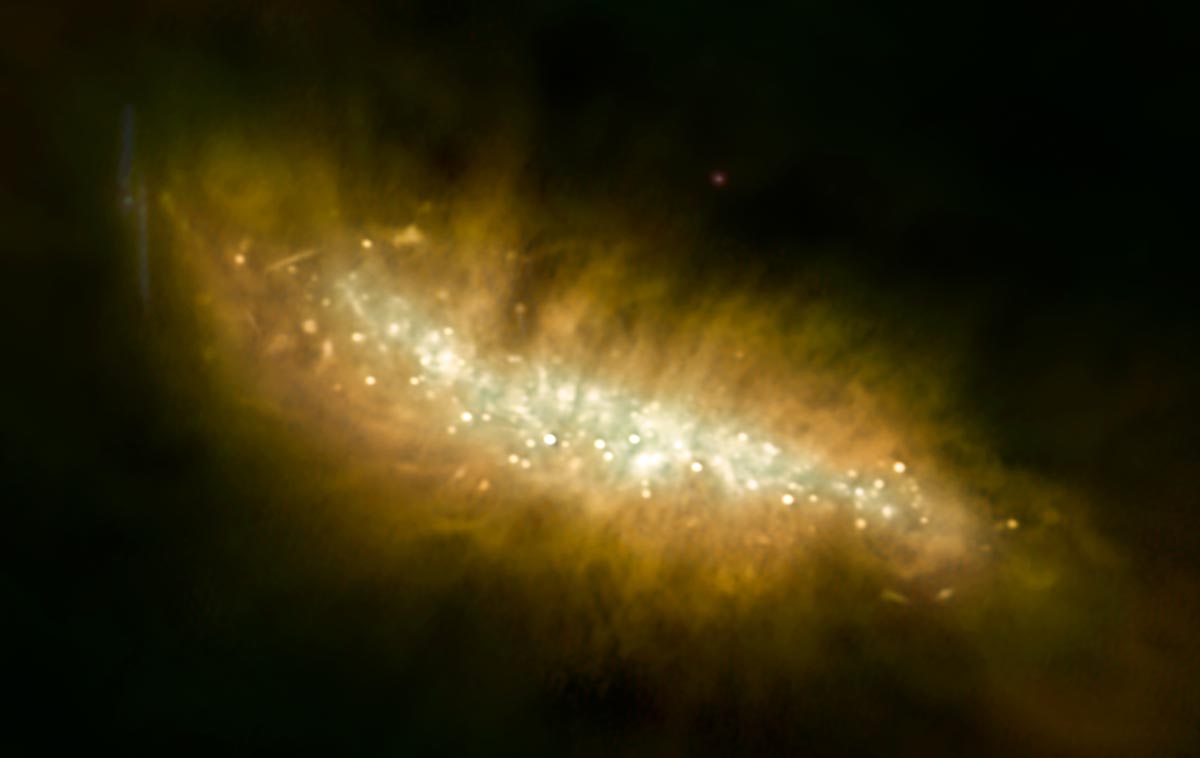