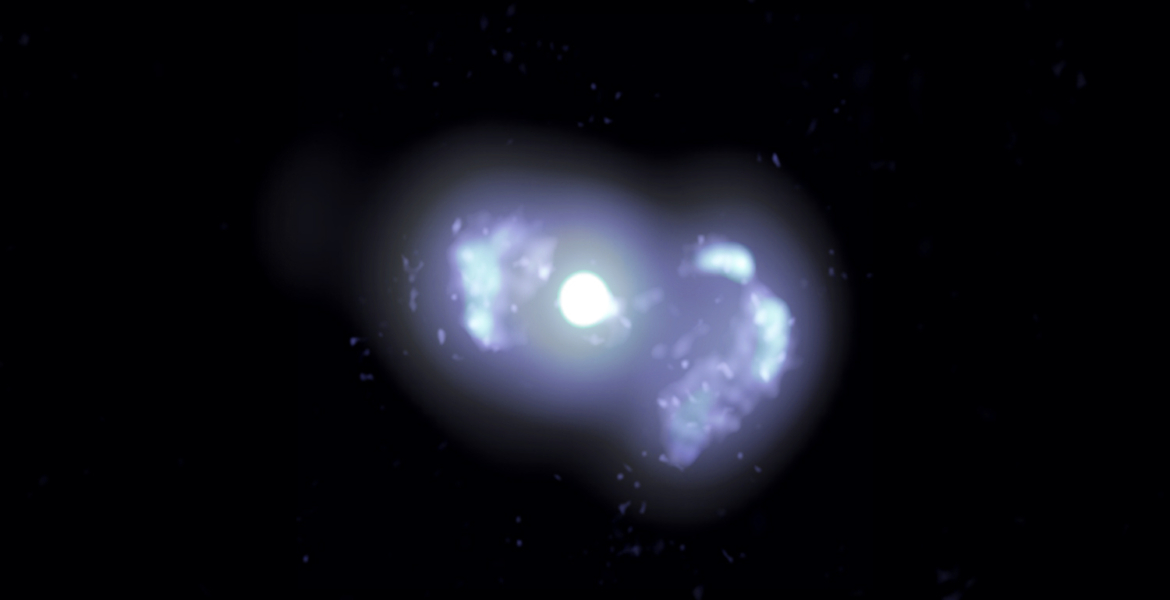 In this image, made with the National Science Foundation’s Very Long Baseline Array (VLBA), young, radio-emitting jets of material emerge from the core of an elliptical galaxy some 500 million light-years from Earth. After NASA’s Fermi Gamma-ray Space Telescope detected high-energy gamma rays coming from the object, scientists used the VLBA to make high-resolution images of the galaxy, dubbed TXS 0128+554.

This image is a composite of six VLBA images made at observing frequencies ranging from 2.2 GigaHertz (GHz) to 22.2 GHz. The broad lobes on either side of the bright core are the result of jet activity that began roughly 80 years ago. The gap between these lobes and the central region indicates, the scientists said, that the jet activity stopped sometime after that, then resumed about 10 years ago.

“These are among the youngest known jets in such systems, and only a handful are known to emit gamma-rays,” said Matthew Lister, of Purdue University.

The bright edges of the lobes are where the ejected material, moving at about a third the speed of light, impacted material within the galaxy. The bright emitting areas total about 35 light-years across, and are at the core of the galaxy, where a supermassive black hole about one million times the mass of the Sun resides.

Lister and his colleagues are reporting their findings in the Astrophysical Journal. 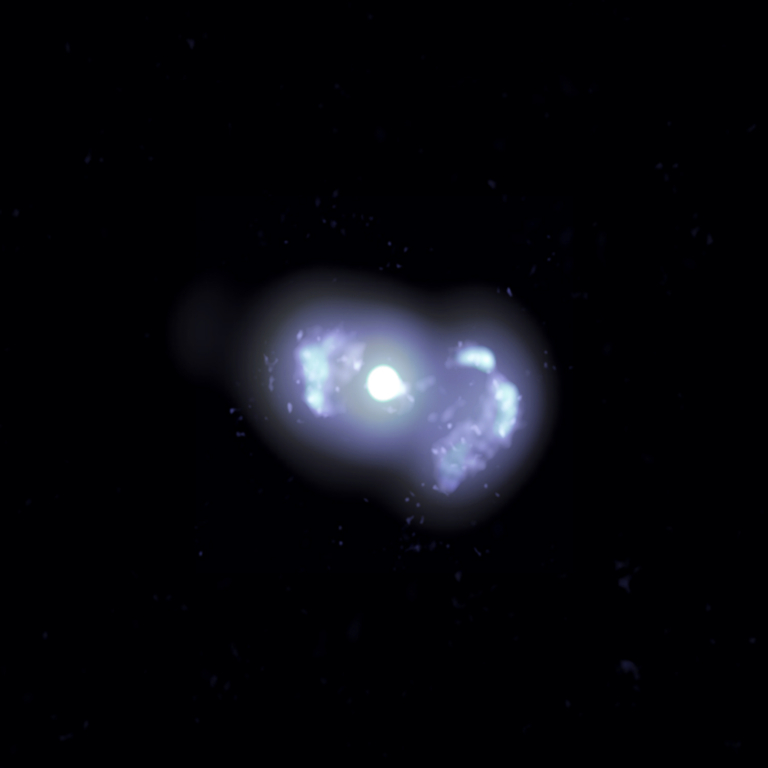 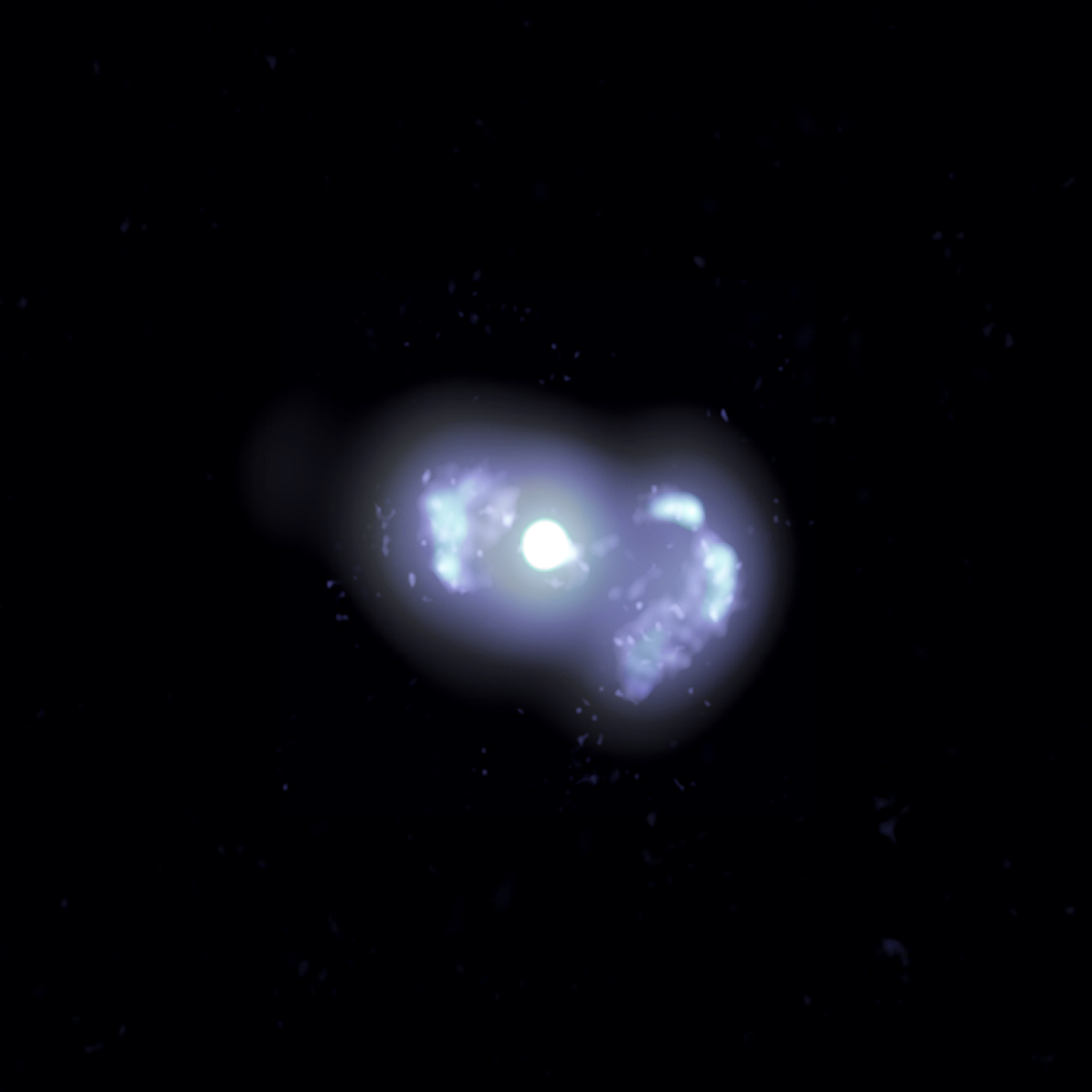