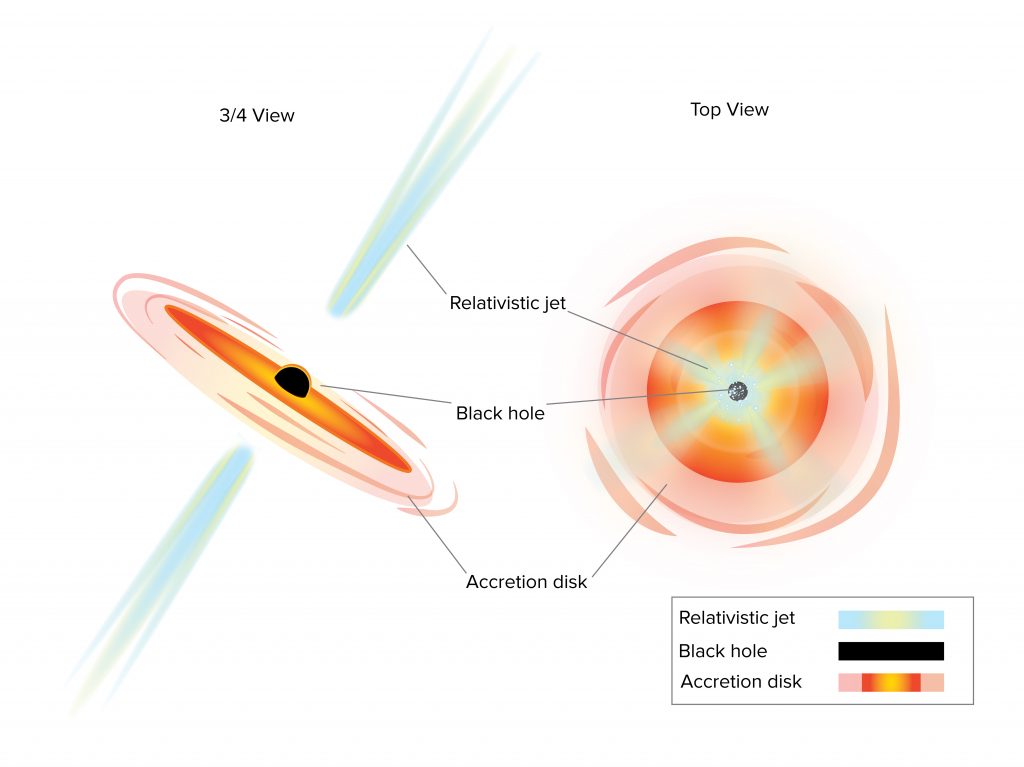 A single, ghostly subatomic particle that traveled some 4 billion light-years before reaching Earth has helped astronomers pinpoint a likely source of high-energy cosmic rays for the first time. Subsequent observations with the National Science Foundation’s (NSF) Karl G. Jansky Very Large Array (VLA) have given the scientists some tantalizing clues about how such energetic cosmic rays may be formed at the cores of distant galaxies.

On September 22, 2017, an observatory called IceCube, made up of sensors distributed through a square kilometer of ice under the South Pole, recorded the effects of a high-energy neutrino coming from far beyond our Milky Way Galaxy. Neutrinos are subatomic particles with no electrical charge and very little mass. Since they interact only very rarely with ordinary matter, neutrinos can travel unimpeded for great distances through space.

Follow-up observations with orbiting and ground-based telescopes from around the world soon showed that the neutrino likely was coming from the location of a known cosmic object — a blazar called TXS 0506+056, about 4 billion light-years from Earth. Like most galaxies, blazars contain supermassive black holes at their cores. The powerful gravity of the black hole draws in material that forms a hot rotating disk. Jets of particles traveling at nearly the speed of light are ejected perpendicular to the disk. Blazars are a special class of galaxies, because in a blazar, one of the jets is pointed almost directly at Earth.

Theorists had suggested that these powerful jets could greatly accelerate protons, electrons, or atomic nuclei, turning them into the most energetic particles known in the Universe, called ultra-high energy cosmic rays. The cosmic rays then could interact with material near the jet and produce high-energy photons and neutrinos, such as the neutrino detected by IceCube.

Cosmic rays were discovered in 1912 by physicist Victor Hess, who carried instruments in a balloon flight. Subsequent research showed that cosmic rays are either protons, electrons, or atomic nuclei that have been accelerated to speeds approaching that of light, giving some of them energies much greater than those of even the most energetic electromagnetic waves. In addition to the active cores of galaxies, supernova explosions are probable sites where cosmic rays are formed. The galactic black-hole engines, however, have been the prime candidate for the source of the highest-energy cosmic rays, and thus of the high-energy neutrinos resulting from their interactions with other matter.

“Tracking that high-energy neutrino detected by IceCube back to TXS 0506+056 makes this the first time we’ve been able to identify a specific object as the probable source of such a high-energy neutrino,” said Gregory Sivakoff, of the University of Alberta in Canada.

Following the IceCube detection, astronomers looked at TXS 0506+056 with numerous telescopes and found that it had brightened at wavelengths including gamma rays, X-rays, and visible light. The blazar was observed with the VLA six times between October 5 and November 21, 2017.

“The VLA data show that the radio emission from this blazar was varying greatly at the time of the neutrino detection and for two months afterward. The radio frequency with the brightest radio emission also was changing,” Sivakoff said.

TXS 0506+056 has been monitored over a number of years with the NSF’s Very Long Baseline Array (VLBA), a continent-wide radio telescope system that produces extremely detailed images. The high-resolution VLBA images have shown bright knots of radio emission that travel outward within the jets at speeds nearly that of light. The knots presumably are caused by denser material ejected sporadically through the jet.

“The behavior we saw with the VLA is consistent with the emission of at least one of these knots. It’s an intriguing possibility that such knots may be associated with generating high-energy cosmic rays and thus the kind of high-energy neutrino that IceCube found,” Sivakoff said.

The scientists continue to study TXS 0506+056. “There are a lot of exciting phenomena going on in this object,” Sivakoff concluded.

“The era of multi-messenger astrophysics is here,” said NSF Director France Córdova. “Each messenger — from electromagnetic radiation, gravitational waves and now neutrinos — gives us a more complete understanding of the Universe, and important new insights into the most powerful objects and events in the sky. Such breakthroughs are only possible through a long-term commitment to fundamental research and investment in superb research facilities.”

Sivakoff and numerous colleagues from institutions around the world are reporting their findings in the journal Science. 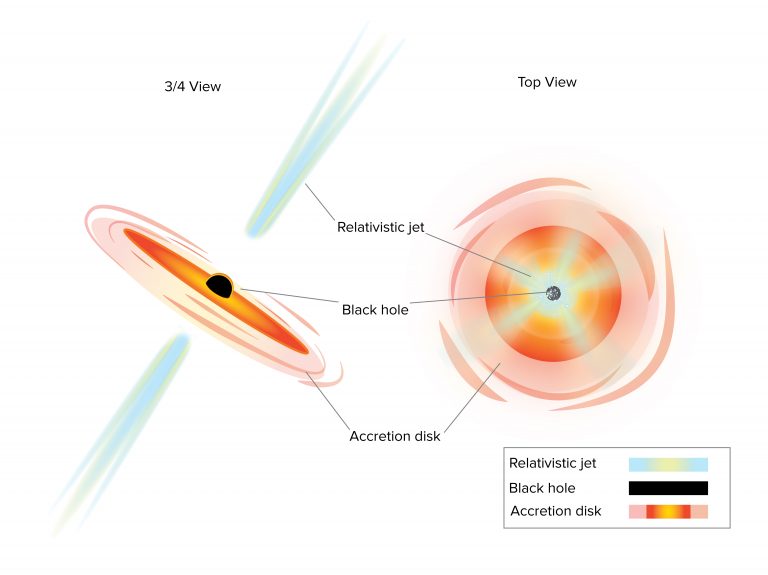 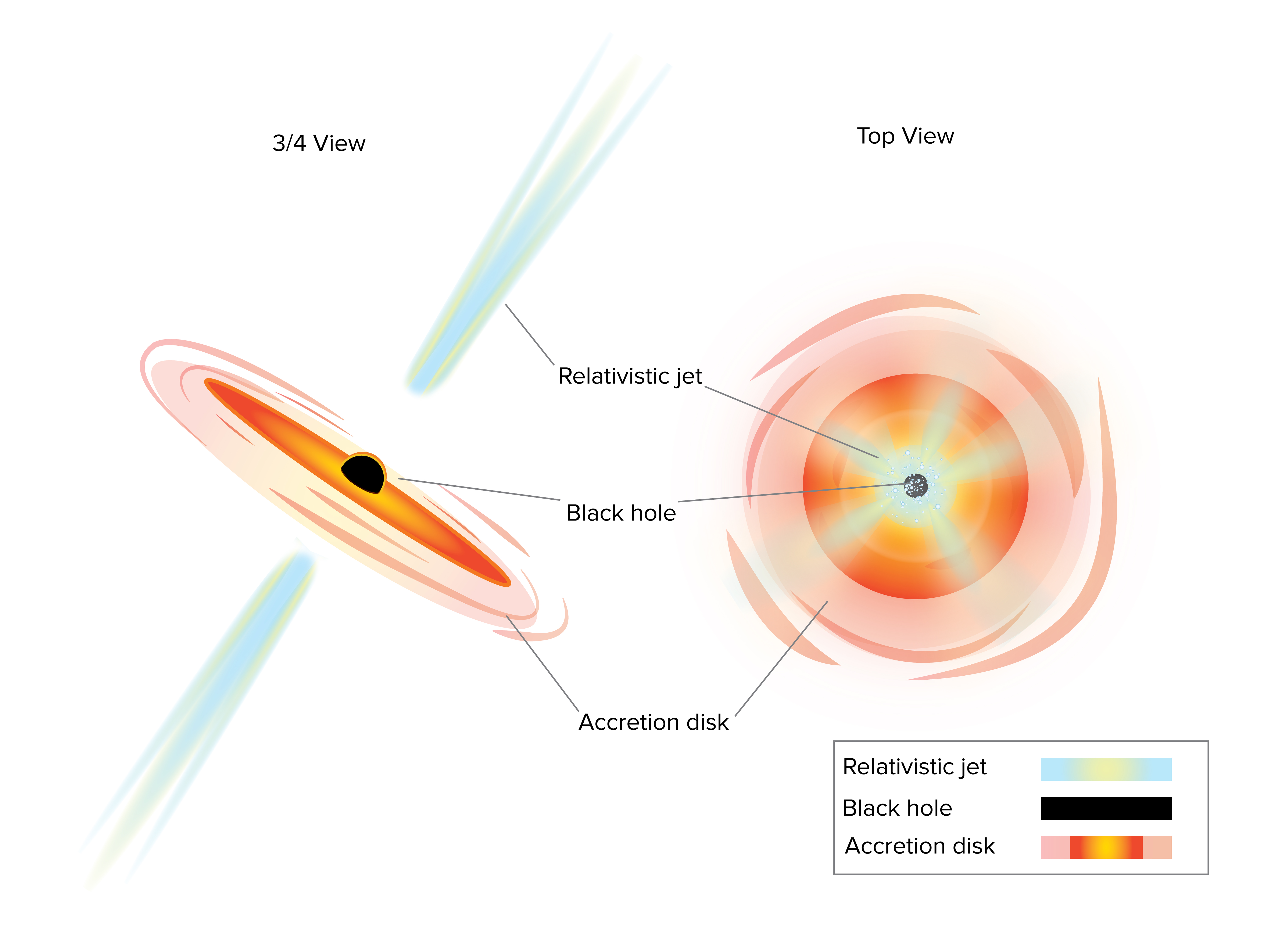