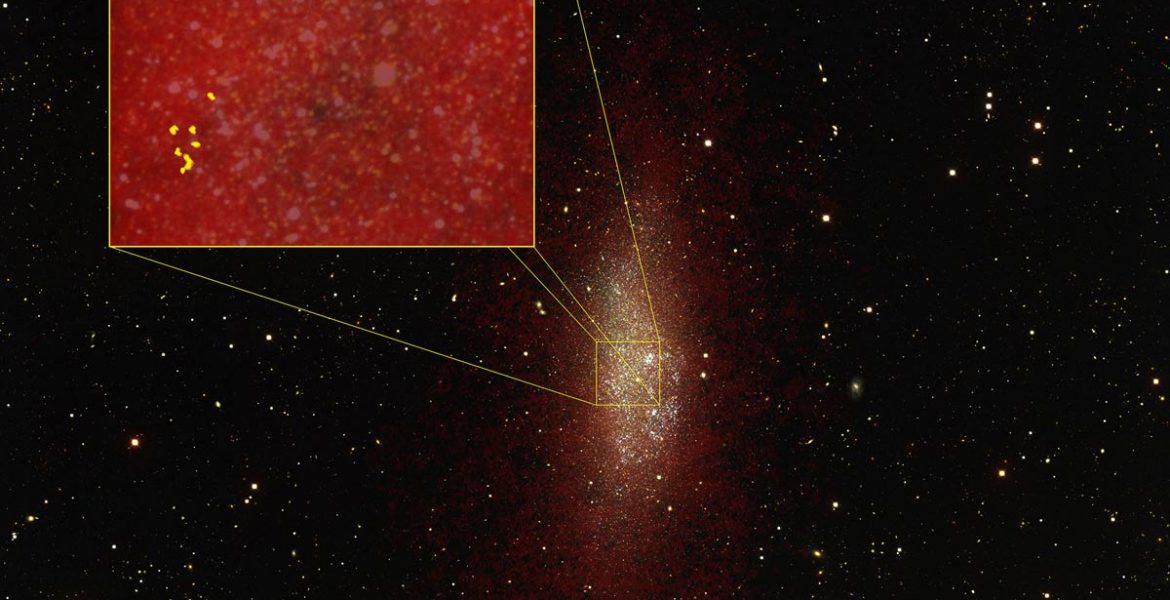 These clouds, which are nestled within a heavy blanket of interstellar material, help explain how dense star clusters [3] are able to form in the tenuous environs of a galaxy thousands of times smaller and far more diffuse than our own Milky Way.

“For many reasons, dwarf irregular galaxies like WLM are poorly equipped to form star clusters,” noted Monica Rubio, an astronomer with the University of Chile and lead author on a paper to appear in the scientific journal Nature. “These galaxies are fluffy with very low densities. They also lack the heavy elements that contribute to star formation. Such galaxies should only form dispersed stars rather than concentrated clusters, but that is clearly not the case.”

By studying this galaxy with ALMA, the astronomers were able to locate, for the first time, compact regions that appear able to emulate the nurturing environments found in larger galaxies.

These regions were discovered by pinpointing the almost imperceptible and highly localized millimeter wavelength light emitted by carbon monoxide (CO) molecules, which are typically associated with star-forming interstellar clouds.

Earlier, an affiliated team of astronomers led by Deidre Hunter at the Lowell Observatory in Flagstaff, Ariz., first detected CO in the WLM galaxy with the single-dish Atacama Pathfinder Experiment (APEX) telescope [4]. These initial, low-resolution observations could not resolve where the molecules reside, but they did confirm that WLM contains the lowest abundance of CO ever detected in any galaxy. This lack of CO and other heavy elements should put a serious damper on star formation, the astronomers note.

“Molecules, and carbon monoxide in particular, play an important role in star formation,” said Rubio. “As gas clouds begin to collapse, temperatures and densities rise, pushing back against gravity. That’s where these molecules and dust particles come to the rescue by absorbing some of the heat through collisions and radiating it into space at infrared and submillimeter wavelengths.” This cooling effect enables gravity to continue the collapse until a star forms.

The problem previously was that in WLM and similar galaxies with very low abundances of heavy elements, astronomers simply didn’t see enough of this material to account for the new star clusters they observed.

The reason the CO was initially so difficult to see, the researchers discovered, is that unlike in normal galaxies, the WLM clouds are very tiny compared to their overlying envelopes of molecular and atomic gas.

To become viable star factories, the concentrated CO clouds need these enormous envelopes of transitional gas to bear down on them, giving the cores of CO a high enough density to allow them to form a normal cluster of stars.

“Like a diver being squeezed at the bottom of a deep abyss, these bundles of star-forming gas are under tremendous pressure, even though the surrounding ocean of interstellar gas is much more shallow,” said Bruce Elmegreen, a co-author on the paper and researcher at the IBM T.J. Watson Research Center in Yorktown Heights, N.Y. “By discovering that the carbon monoxide is confined to highly concentrated regions within a vast expanse of transitional gas, we could finally understand the mechanisms that led to the impressive stellar neighborhoods we see in the galaxy today.”

Further studies with ALMA will also help determine the conditions that formed the globular clusters found in the halo of the Milky Way. Astronomers believe these much larger clusters may have originally formed in dwarf galaxies and later migrated to the halo after their host dwarf galaxies dispersed.

WLM is a relatively isolated dwarf galaxy located approximately 3 million light-years away on the outer edges of the Local Group: the collection of galaxies that includes the Milky Way, the Magellanic Clouds, Andromeda, M33, and dozens of smaller galaxies.

[2] Irregular galaxies lack the distinctive shapes of spiral and elliptical galaxies. Dwarf irregulars, like WLM, are hundreds of times smaller than the larger variety and contain only a few hundred million stars instead of tens of billions. Though small, some are now known to harbor massive black holes at their centers.

[3] Star clusters, like the Pleiades found in our own Milky Way galaxy, are made up of hundreds of stars. Others, like globular clusters, can contain hundreds of thousands to a few million stars. Though many stars in the Milky Way originally form in clusters, some – like the Sun – drift away from their stellar nurseries and move freely throughout their home galaxy. Stars in the largest and densest clusters, like those observed in WLM, remain relatively close together.

[4] The APEX team was led by Deidre Hunter at the Lowell Observatory in Flagstaff, Ariz., and Elias Brinks at the University of Hertfordshire, U.K. It also included Monica Rubio; Bruce Elmegreen; Andreas Schruba, California Institute of Technology, Pasadena, Calif.; and Celia Verdugo, University of Chile. 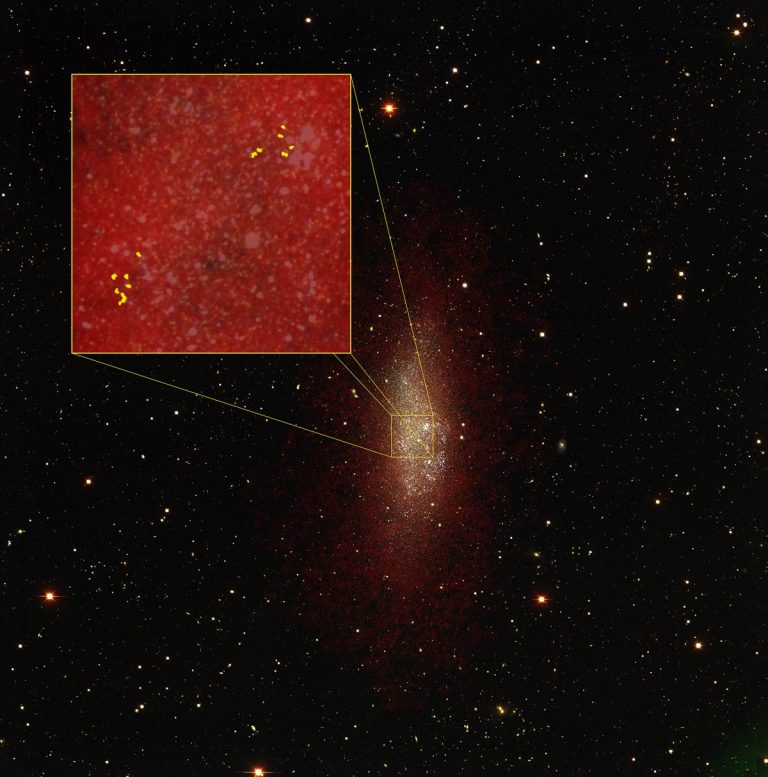 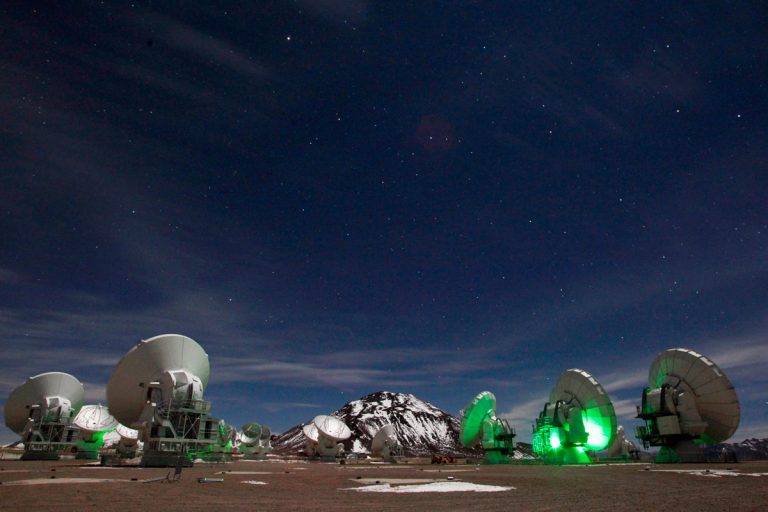 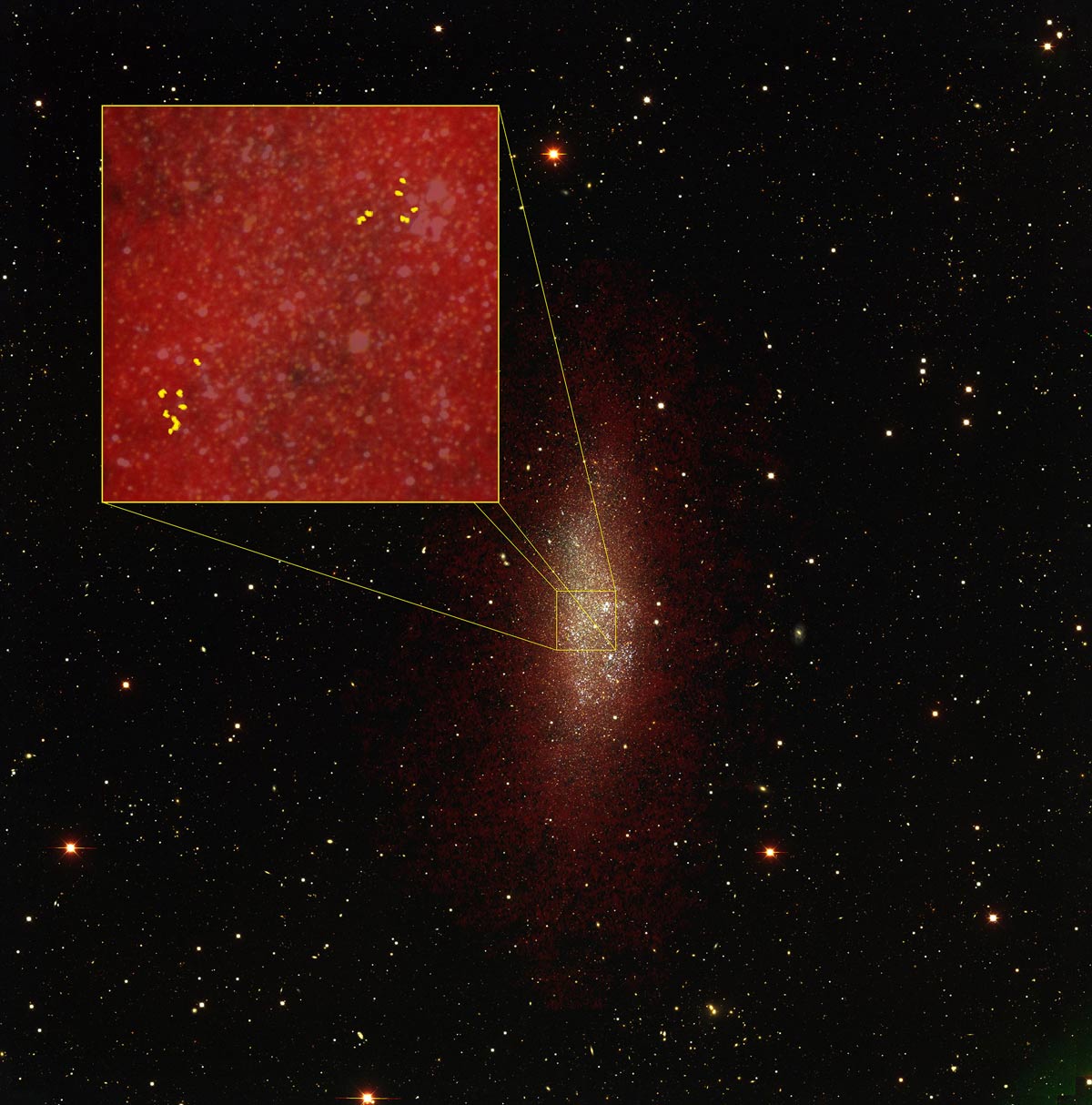 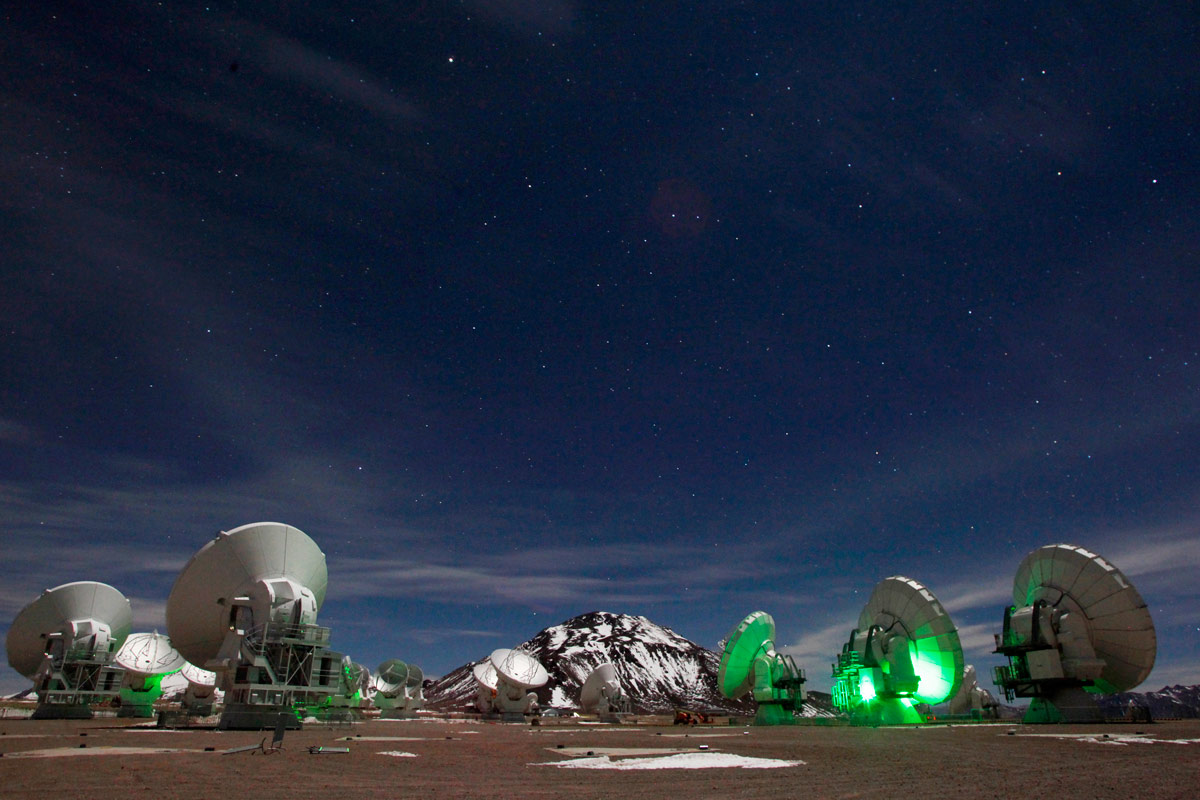