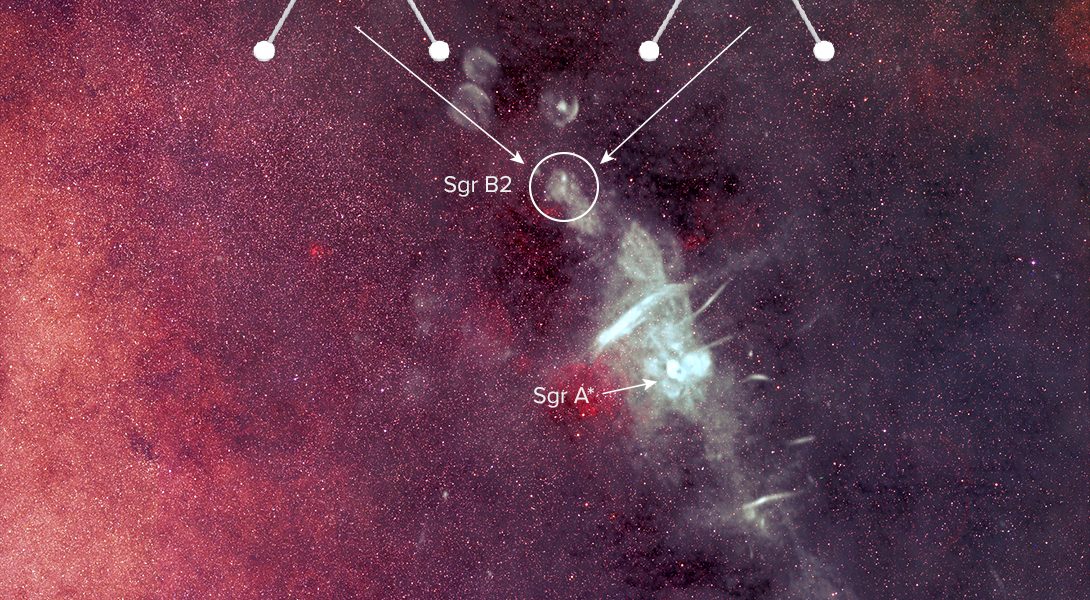 Like a pair of human hands, certain organic molecules have mirror-image versions of themselves, a chemical property known as chirality. These so-called “handed” molecules are essential for biology and have intriguingly been found in meteorites on Earth and comets in our Solar System. None, however, has been detected in the vast reaches of interstellar space, until now.

A team of scientists using highly sensitive radio telescopes has discovered the first complex organic chiral molecule in interstellar space. The molecule, propylene oxide (CH3CHOCH2), was found near the center of our Galaxy in an enormous star-forming cloud of dust and gas known as Sagittarius B2 (Sgr B2).

The research was undertaken primarily with the National Science Foundation’s Green Bank Telescope (GBT) in West Virginia as part of the Prebiotic Interstellar Molecular Survey. Additional supporting observations were taken with the Parkes radio telescope in Australia.

“This is the first molecule detected in interstellar space that has the property of chirality, making it a pioneering leap forward in our understanding of how prebiotic molecules are made in the Universe and the effects they may have on the origins of life,” said Brett McGuire, a chemist and Jansky Postdoctoral Fellow with the National Radio Astronomy Observatory (NRAO) in Charlottesville, Virginia.

“Propylene oxide is among the most complex and structurally intricate molecules detected so far in space,” said Brandon Carroll, a chemistry graduate student at the California Institute of Technology in Pasadena. “Detecting this molecule opens the door for further experiments determining how and where molecular handedness emerges and why one form may be slightly more abundant than the other.”

McGuire and Carroll share first authorship on a paper published today in the journal Science. They also are presenting their results at the American Astronomical Society meeting in San Diego, California.

Forming and Detecting Molecules in Space

Complex organic molecules form in interstellar clouds like Sgr B2 in several ways. The most basic pathway is through gas-phase chemistry, in which particles collide and merge to produce ever more complex molecules. Once organic compounds as large as methanol (CH3OH) are produced, however, this process becomes much less efficient.

To form more complex molecules, like propylene oxide, astronomers believe thin mantles of ice on dust grains help link small molecules into longer and larger structures. These molecules can then evaporate from the surface of the grains and further react in the gas of the surrounding cloud.

To date, more than 180 molecules have been detected in space. Each molecule, as it naturally tumbles and vibrates in the near vacuum of the interstellar medium, gives off a distinctive signature, a series of telltale spikes that appear in the radio spectrum. Larger and more complex molecules have a correspondingly more complex signature, making them harder to detect.

To claim a definitive detection, scientists must observe multiple spectral lines associated with the same molecule. In the case of propylene oxide, the research team detected two such lines with the GBT. The third was at a frequency difficult to observe from the Northern Hemisphere due to satellite radio interference. Carroll, McGuire, and their colleagues used the Parkes telescope to tease out the final spectral line needed to verify their results.

The current data, however, do not distinguish between the left- and right-handed versions of the molecule. In additional to the same chemical composition, chiral molecules have the same melting, boiling, and freezing points, and the same spectra. “These spectra are like your hands’ shadows,” said Carroll. “It’s impossible to tell if a right hand or a left hand is casting the shadow.” This presents a challenge for researchers trying to determine if one version of propylene oxide is more abundant than the other.

Chirality in Space, a Helping Hand to Biology on Earth

Every living thing on Earth uses one, and only one handedness of many types of chiral molecules. This trait, called homochirality, is critical for life and has important implications for many biological structures, including DNA’s double helix. Scientists do not yet understand how biology came to rely on one handedness and not the other. The answer, the researchers speculate, may be found in the way these molecules naturally form in space before being incorporated into asteroids and comets and later deposited on young planets.

“Meteorites in our Solar System contain chiral molecules that predate the Earth itself, and chiral molecules have recently been discovered in comets,” noted Carroll. “Such small bodies may be what pushed life to the handedness we see today.”

“By discovering a chiral molecule in space, we finally have a way to study where and how these molecules form before they find their way into meteorites and comets, and to understand the role they play in the origins of homochirality and life,” McGuire said.

The researchers believe it may eventually be possible to determine if there is an excess of one handedness of propylene oxide over the other by examining how polarized light interacts with the molecules in space.

“The Prebiotic Interstellar Molecular Survey is the culmination of a nearly decade-long research campaign with the GBT,” said Anthony Remijan, an astrochemist with the NRAO and head of the research team. “It is an invaluable resource and helps us understand the cosmic origins of this and other similarly elusive molecules.” 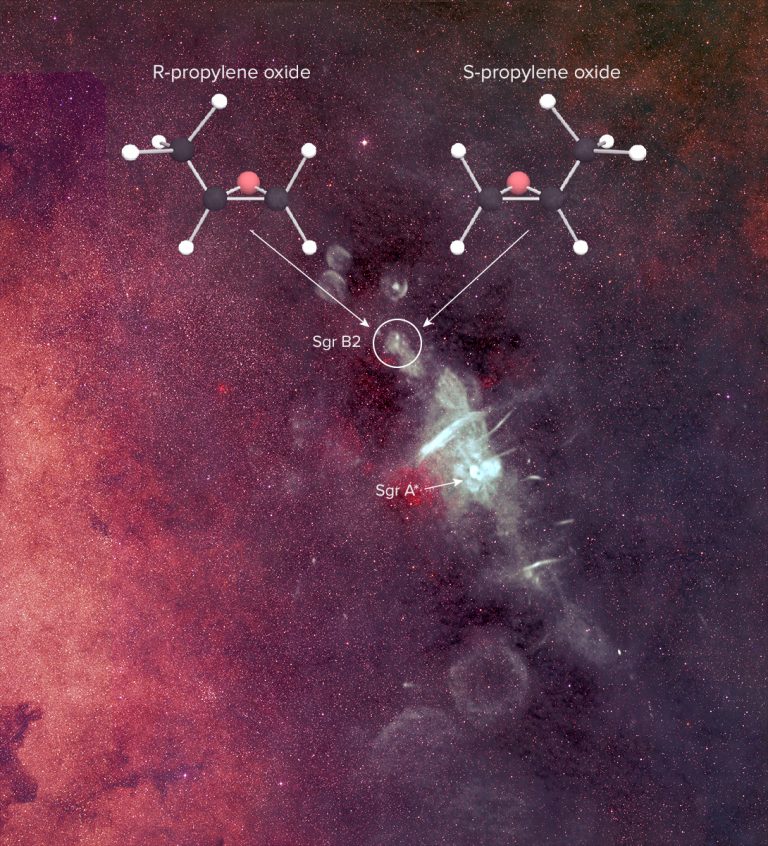 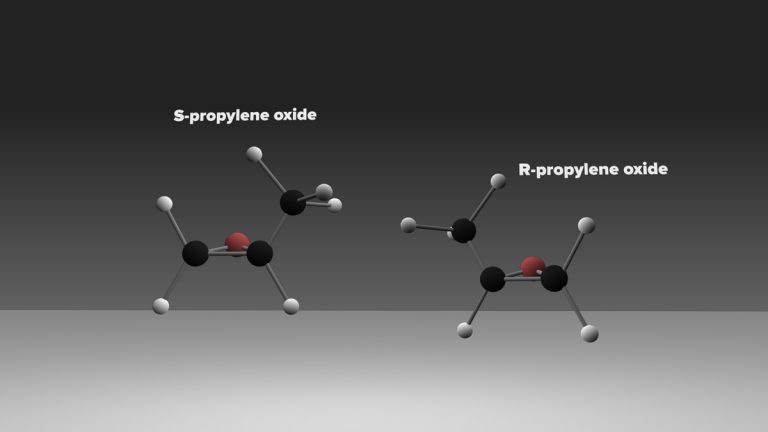 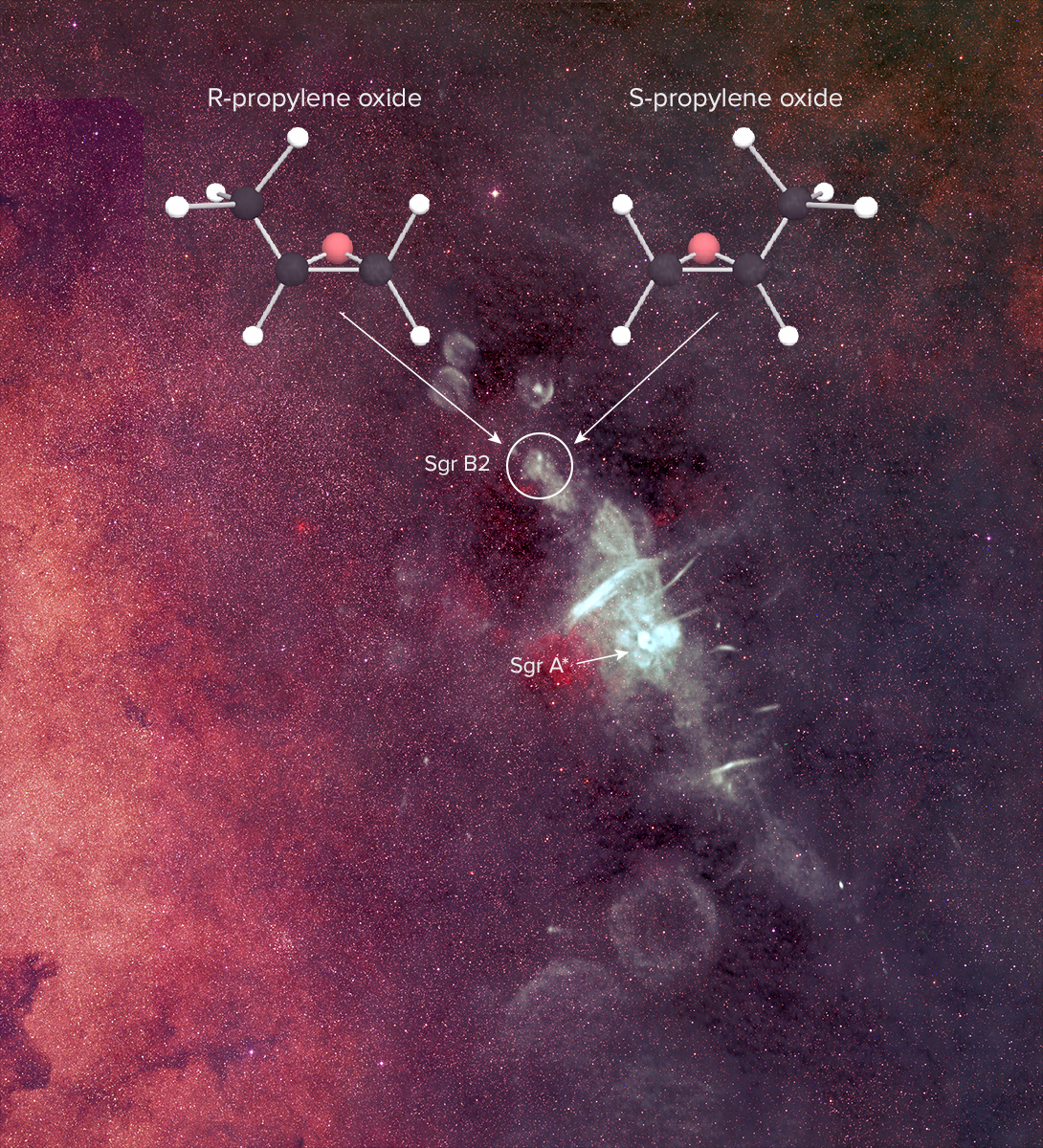 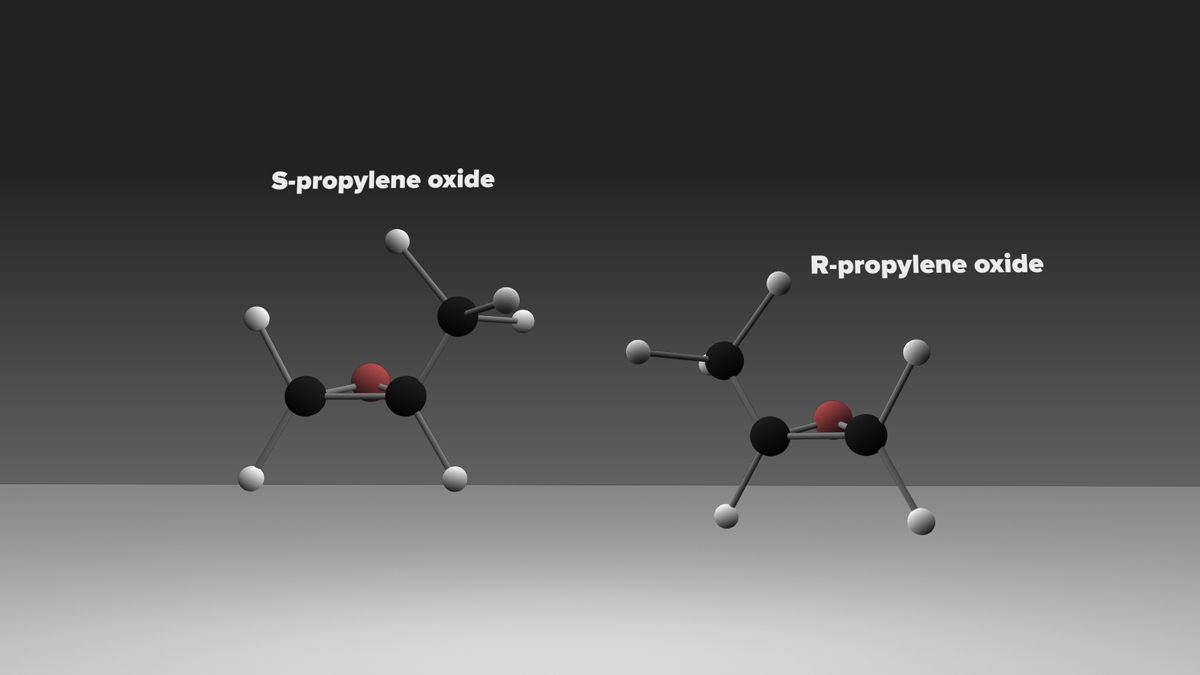