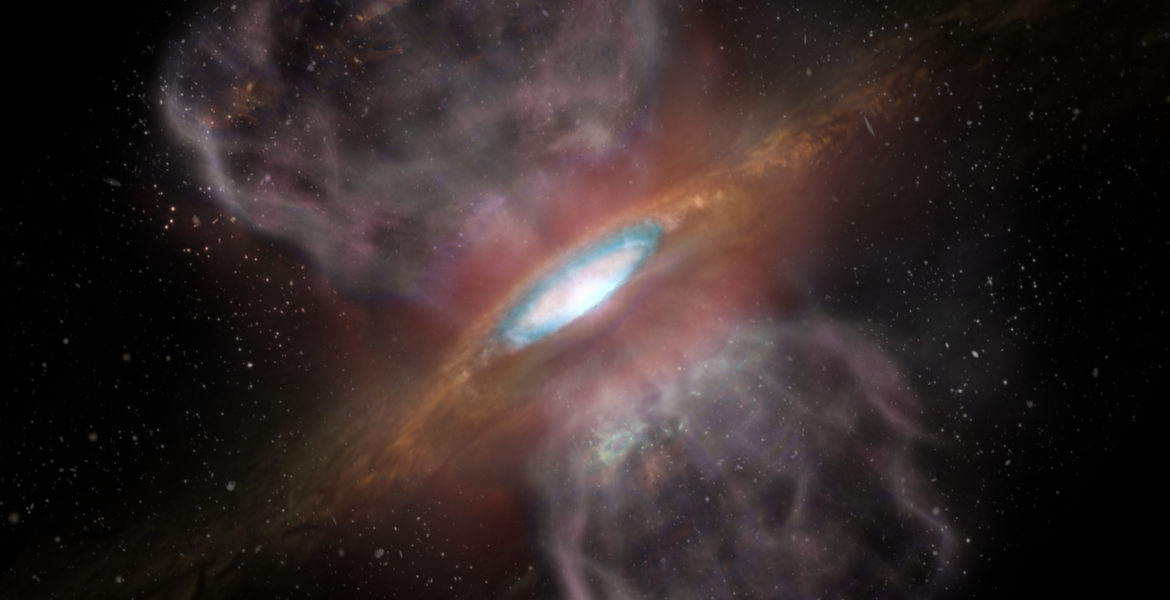 Summary: New ALMA observations show there is ordinary table salt in a not-so-ordinary location: 1,500 light-yearsLight-yearsThe distance that light travels in one year in a vacuum. One light year is equivalent to about six trillion miles. from Earth in the disk surrounding a massive young star. Though salts have been found in the atmospheres of old, dying stars, this is the first time they have been seen around young stars in stellar nurseries. The detection of this salt-encrusted disk may help astronomers study the chemistry of star formation as well as identify other similar protostars hidden inside dense cocoons of dust and gas.

A team of astronomers and chemists using the Atacama Large Millimeter/submillimeter Array (ALMA)Atacama Large Millimeter/submillimeter Array (ALMA)Funded by the U.S. National Science Foundation and its international partners (NRAO/ESO/NAOJ), ALMA is among the most complex and powerful astronomical observatories on Earth or in space. The telescope is an array of 66 high-precision dish antennas in northern Chile. has detected the chemical fingerprints of sodium chloride (NaCl) and other similar salty compounds emanating from the dusty disk surrounding Orion Source I, a massive, young star in a dusty cloud behind the Orion Nebula.

“It’s amazing we’re seeing these molecules at all,” said Adam Ginsburg, a Jansky Fellow of the National Radio Astronomy Observatory (NRAO) in Socorro, New Mexico, and lead author of a paper accepted for publication in the Astrophysical Journal. “Since we’ve only ever seen these compounds in the sloughed-off outer layers of dying stars, we don’t fully know what our new discovery means. The nature of the detection, however, shows that the environment around this star is very unusual.”

To detect molecules in space, astronomers use radio telescopes to search for their chemical signatures – telltale spikes in the spread-out spectraSpectraThe plural term of spectrum, which refers to the range of electromagnetic radiation wavelengths. of radio and millimeter-wavelength light. Atoms and molecules emit these signals in several ways, depending on the temperature of their environments.

The new ALMA observations contain a bristling array of spectral signatures – or transitions, as astronomers refer to them – of the same molecules. To create such strong and varied molecular fingerprints, the temperature differences where the molecules reside must be extreme, ranging anywhere from 100 kelvin to 4,000 kelvin (about -175 Celsius to 3700 Celsius). An in-depth study of these spectral spikes could provide insights about how the star is heating the disk, which would also be a useful measure of the luminosityLuminosityThe amount of energy that a star emits per unit time. It is independent of distance or how bright or dim the star appears from Earth. It is measured in Watts (Joules/seconds) and is often given in terms relative to our Sun, L⊙ (about 3.846×10^26 W). of the star.

“When we look at the information ALMA has provided, we see about 60 different transitions – or unique fingerprints – of molecules like sodium chloride and potassium chloride coming from the disk. That is both shocking and exciting,” said Brett McGuire, a chemist at the NRAO in Charlottesville, Virginia, and co-author on the paper.

The researchers speculate that these salts come from dust grains that collided and spilled their contents into the surrounding disk. Their observations confirm that the salty regions trace the location of the circumstellar diskCircumstellar diskThe disk of dust, gas, or debris surrounding a star. .

“Usually when we study protostars in this manner, the signals from the disk and the outflow from the star get muddled, making it difficult to distinguish one from the other,” said Ginsburg. “Since we can now isolate just the disk, we can learn how it is moving and how much mass it contains. It also may tell us new things about the star.”

The detection of salts around a young star is also of interest to astronomers and astrochemists because some of constituent atoms of salts are metals – sodium and potassium. This suggests there may be other metal-containing molecules in this environment. If so, it may be possible to use similar observations to measure the amount of metals in star-forming regions. “This type of study is not available to us at all presently. Free-floating metallic compounds are generally invisible to radio astronomy,” noted McGuire.

“Our next step in this research is to look for salts and metallic molecules in other regions. This will help us understand if these chemical fingerprints are a powerful tool to study a wide range of protoplanetary disks, or if this detection is unique to this source,” said Ginsburg. “In looking to the future, the planned Next Generation VLANext Generation VLAA proposal to build the next great leap in radio observatories -- expanding on the legacy of the VLA. Astronomers are imagining the next generation Very Large Array (ngVLA) with 244, 18-meter antennas spread over 8,860 kilometers. would have the right mix of sensitivity and wavelength coverage to study these molecules and perhaps use them as tracers for planet-forming disks.”

Orion Source I formed in the Orion Molecular Cloud I, a region of explosive starbirth previously observed with ALMA. [And here.] “This star was ejected from its parent cloud with a speed of about 10 kilometers per second around 550 years agoYears agoAstronomers often refer to the date of an astronomical event as the date it was witnessed on Earth, even though the object is many thousands or millions of light-years away, taking that long for the light to reach us. This is concept called "Look Back Time." ,”** said John Bally, an astronomer at the University of Colorado and co-author on the paper. “It is possible that solid grains of salt were vaporized by shock waves as the star and its disk were abruptly accelerated by a close encounter or collision with another star. It remains to be seen if salt vapor is present in all disks surrounding massive protostars, or if such vapor traces violent events like the one we observed with ALMA.”

** Light from this object took about 1,500 years to reach Earth. Astronomers are seeing it as if looking through that window of time, which reveals how it looked 550 years after it was ejected from its stellar nursery.

A journey to the Orion Molecular Cloud 1 can be seen via the World Wide Telescope here. 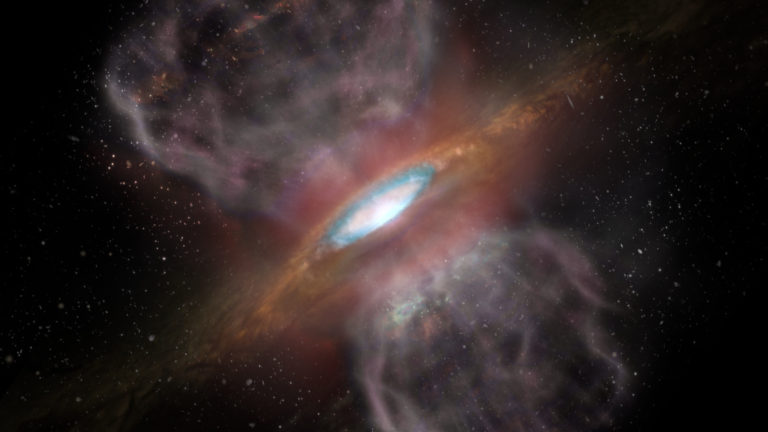 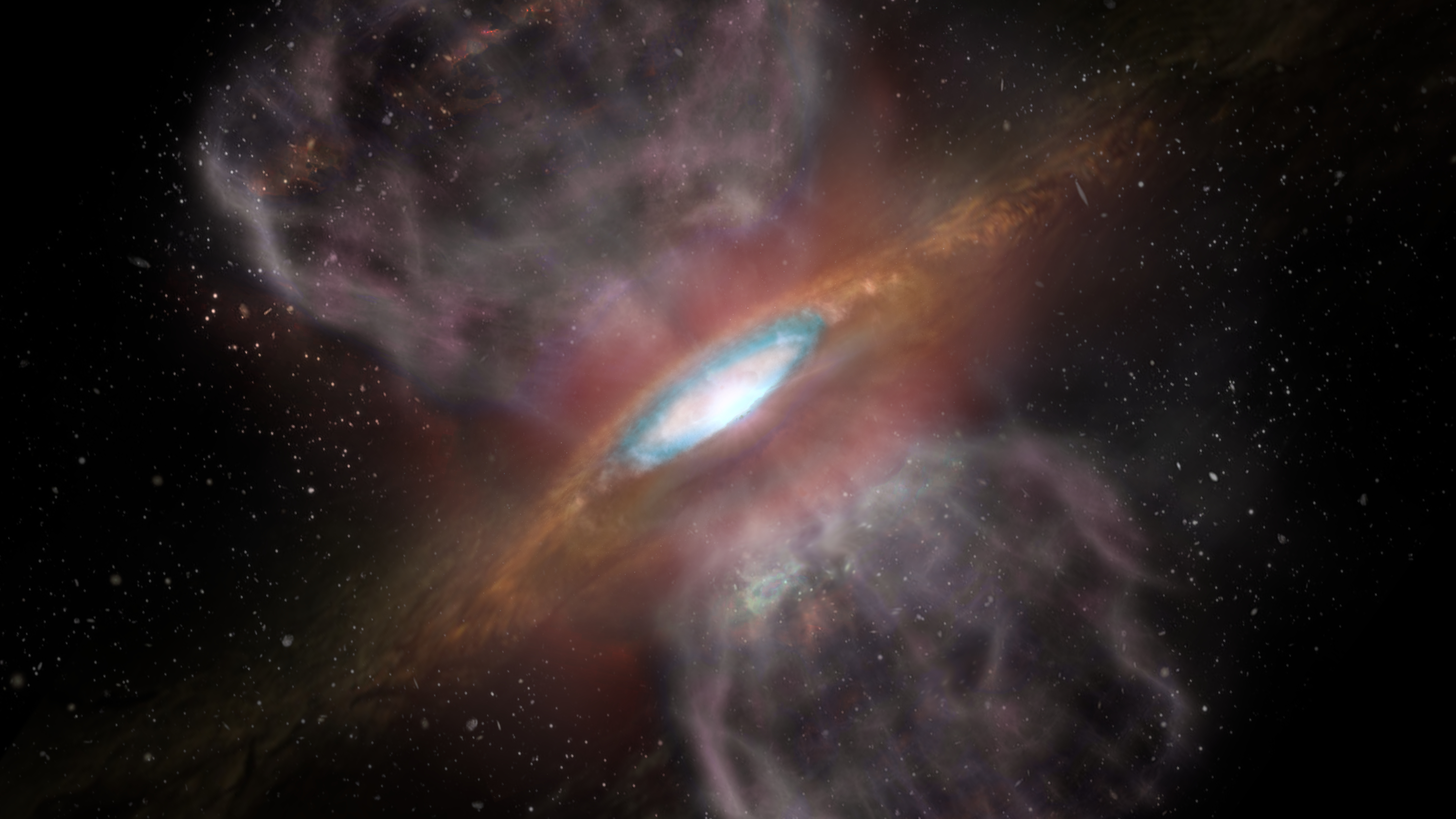 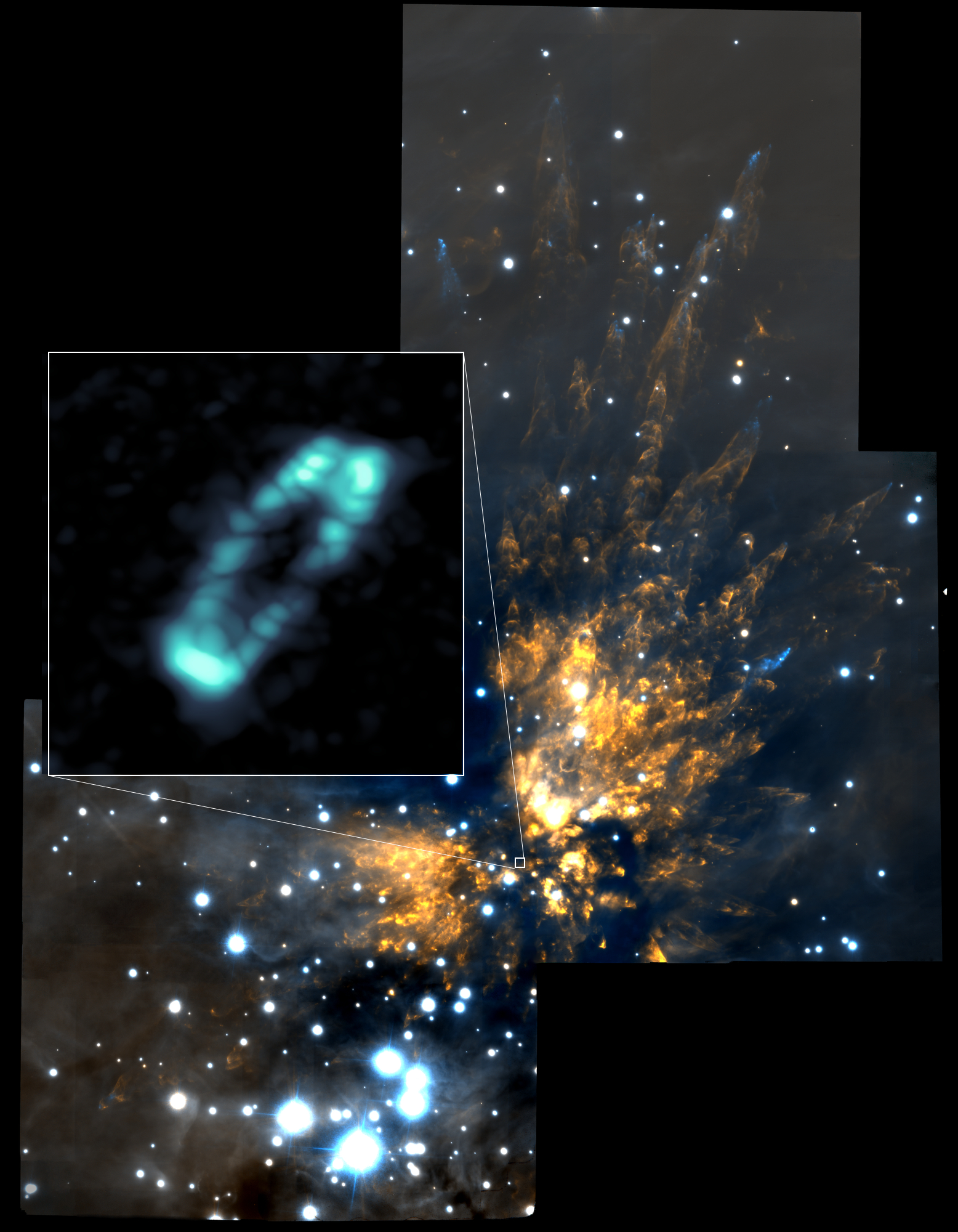