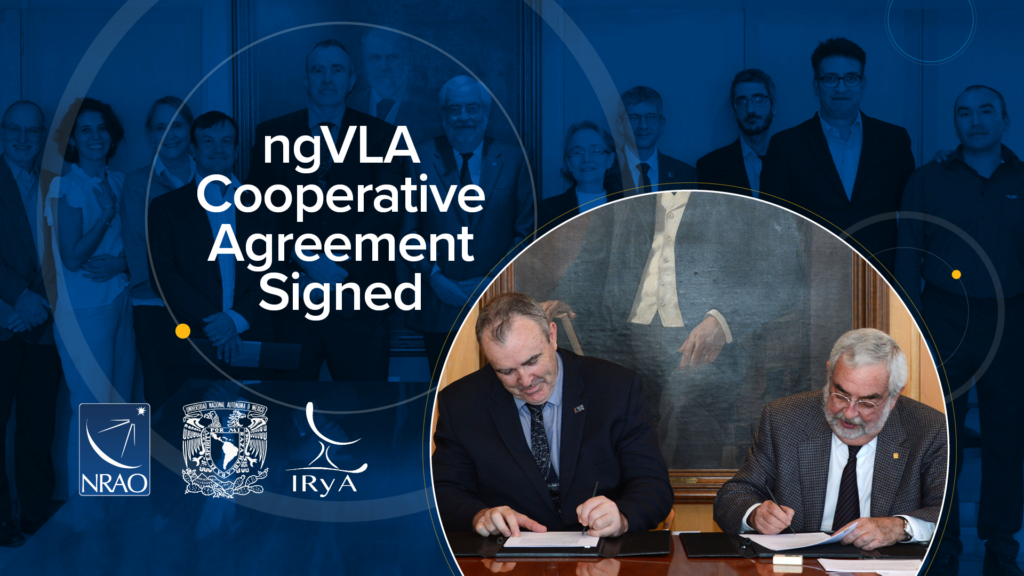 The signing ceremony was attended by NRAO Director Tony Beasley and UNAM Rector Enrique Graue Wiechers, along with representatives of AUI, NSF, and the federal government of Mexico on November 4, 2022, in Mexico City.

“This new memorandum of understanding between NRAO and UNAM strengthens our existing partnership and is the foundation for important cooperative work on ngVLA, including the future selection of sites for the new array in Mexico,” said Beasley. “We look forward to building the future of radio astronomy with UNAM and our other partners.”

The ngVLA is an upcoming array of 263 radio antennas spread across North America that, once approved and constructed, will address fundamental questions in all major areas of astrophysics, including exoplanets, galaxy formation, and black hole evolution.

“International partnerships are critical for the construction of larger and more complex facilities. It is exciting to see scholars at UNAM and the NRAO working together on the ngVLA,” said Debra Fischer, division director of Astronomical Sciences at NSF. “The best scientific and engineering talent in both countries are attracted to observatories like ngVLA where new discoveries could revolutionize our understanding of the universe.”

The new MOU builds upon prior collaborations between NRAO and UNAM for the design and development of the ngVLA. In August, NRAO announced the appointment of Alfonso Trejo-Cruz, an astronomer at UNAM, to lead site selection and development of ngVLA sites in northern Mexico.

As part of the MOU, UNAM will contribute $1 million over four years to the collaboration to fund site characterization, imaging, and configuration, geolocation, etc.

NSF previously awarded NRAO $23 million for design and development work on a prototype antenna in 2021, a process that is nearing completion. Once approved, construction on the ngVLA could begin as soon as 2026, with projected early scientific observations starting in 2029 and full scientific operations by 2035.

UNAM is the largest university in Latin America and carries out education, research, and innovation in all disciplines. UNAM has campuses and research stations in most states across Mexico, and harbors numerous services and national institutions, fostering social mobility and contributing to Mexico’s development for the future. 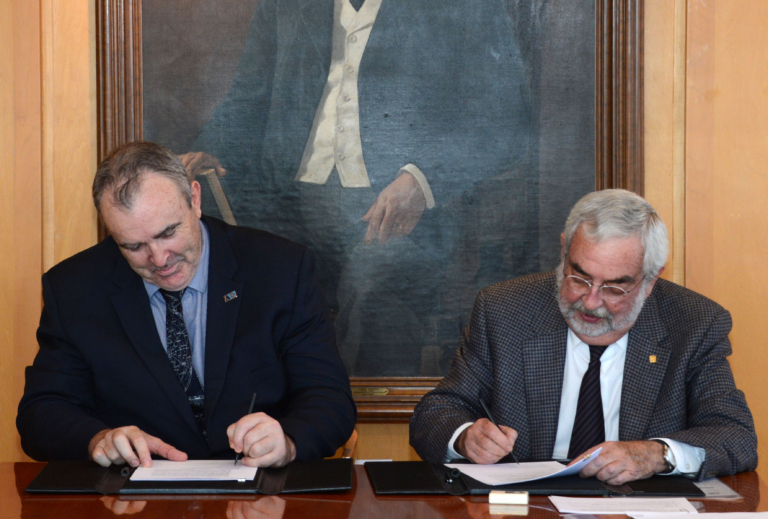 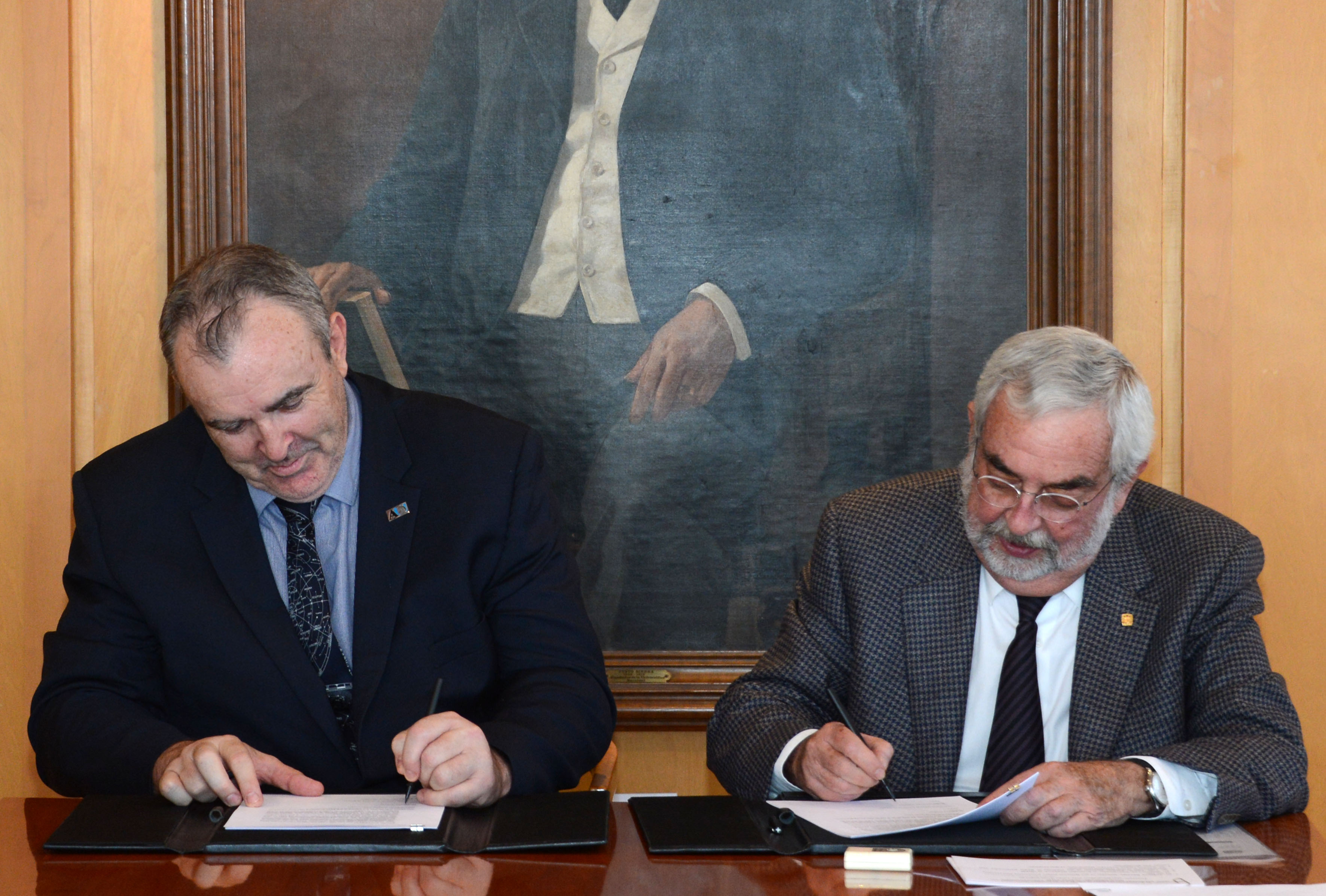 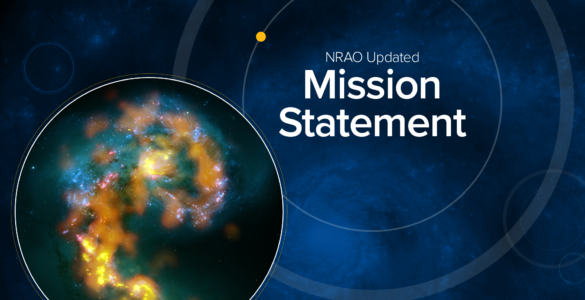