Two irregular dwarf galaxies found just outside our own Milky Way galaxy. The Magellanic Clouds are visible in the skies of the southern hemisphere. 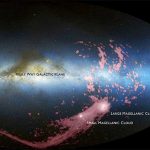 A neutron star with an intense magnetic field. 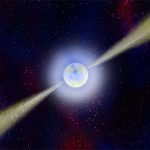 A line that connects an objects northern and southern magnetic poles. 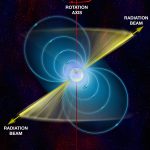 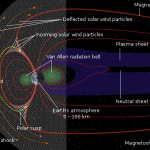 The degree of brightness of a star or other object in the sky according to a scale of logarithms.

Main sequence stars fuse hydrogen atoms to form helium atoms in their cores. About 90 percent of the stars in the universe, including the sun, are main sequence stars. These stars can range from about a tenth of the mass of the sun to up to 200 times as massive. (See H-R diagram for more) 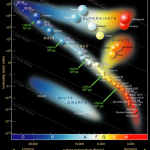 An acronym which stands for “Microwave-amplified stimulated emission of radiation.” A maser can be used as an amplifier of radio waves (similar to a laser, which amplifies visible light). This can be a naturally occurring feature or created using special properties of certain crystals, like rubies, at temperatures near absolute zero and in strong magnetic fields. Water molecules in space can form masers that help astronomers study radio emission from objects that would normally be too faint to detect. 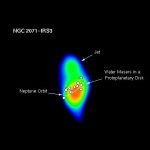 A measure of the total amount of material in a body, defined either by the inertial properties of the body or by its gravitational influence on other bodies.

A unit of measurement, also known as a micrometer, that is equal one millionth of a meter.

The galaxy that our solar system is a part of. It can be seen by the naked eye as a luminous band across the sky. 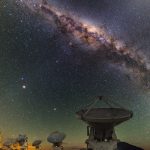 A pulsar that “flickers” every one thousandth of a second. (See Pulsar for more)

An interstellar gas cloud where molecular formation occurs. Over 125 different molecules from molecular clouds have now been discovered in interstellar space through radio wavelength observations. 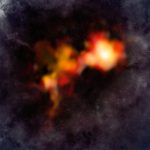 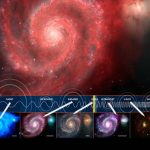 Molecular gas is the raw material of star formation. It is made up mostly of hydrogen gas (H2) yet contains various other molecules, such as carbon monoxide. 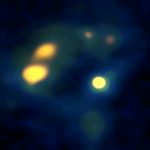