A term used to describe a point directly underneath an object or body.

A nebula is a massive cloud composed of dust, gas and are often illuminated by near by hot stars. 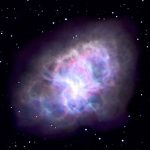 A fundamental particle produced by the nuclear reactions in stars. Neutrinos are very hard to detect because the vast majority of them pass completely through the Earth without interacting.

A small compressed core of a star that has gone through supernova (star explosion). These stars are almost completely made up of only neutrons and have a strong gravitational field. 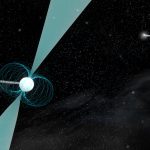 The speed of particles/objects that do not travel with a speed comparable to the speed of light.

Electromagnetic radiation that is not dependent on the temperature of its source. Three types of non-thermal radiation includes synchrotron radiation, maser line emissions from atoms and molecules, or the mechanisms not related to temperature. 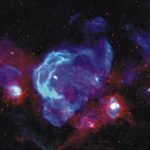 An event that occurs in a binary star system when hydrogen-rich material from a larger star is transferred to the surface of its white dwarf companion. This causes the white dwarf to form a thin atmosphere of hydrogen. The hydrogen is then heated by the white dwarf until it reaches the point where it can undergo nuclear fusion. The resulting fusion causes the atmosphere to be expelled. 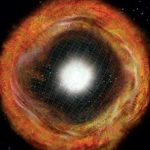 The sphere of stars and other material at the heart of our galaxy. 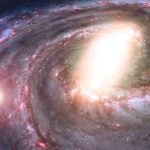 The power that fuels the sun and stars through nuclear energy released through the fusion of two light elements (elements with low atomic numbers) into a new heavier one. 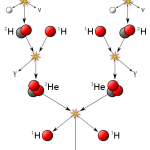 A proposal to build the next great leap in radio observatories — expanding on the legacy of the VLA. Astronomers are imagining the next generation Very Large Array (ngVLA) with 244, 18-meter antennas spread over 8,860 kilometers. 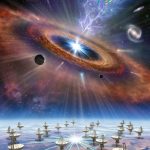