The spring equinox that occurs on March 20

The Very Large Array is a customizable interferometer that varies between 2/3 of a mile to 22 miles long depending on the time of year. It is considered to be one of the most advanced radio telescope arrays on Earth with 28 antennas in Socorro, New Mexico. 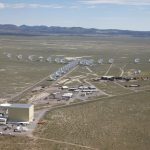 A star whose brightness varies with time. 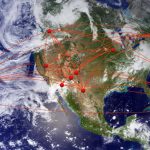 The wavelengths of electromagnetic radiation that are visible to the naked eye.

The range of wavelengths in the electromagnetic spectrum perceptible by the human eye.

A binary system visible to the human eye through a telescope

The apparent magnitude of a celestial object in the color region where the human eye is most sensitive.